Anyone even remotely familiar with electronic music personalities will know that Deadmau5 is no easy egg to crack. So when the Mau5trap label boss puts an emerging artist like Rinzen on the map with support on his early releases housing them on the imprint, but also giving the tracks air play and high praises on his BBC Radio 1 show, it's time to pay attention.

California born and raised, Rinzen uncovered an interest in music and music-making as many young kids do, soundtracking college parties, dabbling in production in his down time and also balancing a career as a music journalist. With a wide breadth of understanding for the ongoing EDM boom happening Stateside, a timely trip to Europe exposed him to booming techno sounds and underground world of Richie Hawtin and Marco Carola. He returned with a refreshed palette, enrolling in the Los Angeles-based production school Icon Collective and diving head first into his newly-unveiled project, Rinzen.

The productions Rinzen has unveiled so far have been few and far between, but have each been enticing teasers for what's to come with the impending arrival of his debut EP 'Forbidden City'. 'Renegade', released on a Mau5trap compilation, showcases a confidence of a seasoned techno maven, despite being one of the first releases under the Rinzen name.

Ahead of his debut EP, Rinzen drops us his very first mix and an exclusive interview about the details behind the project.

'Forbidden City' is out on Mau5trap on October 13. 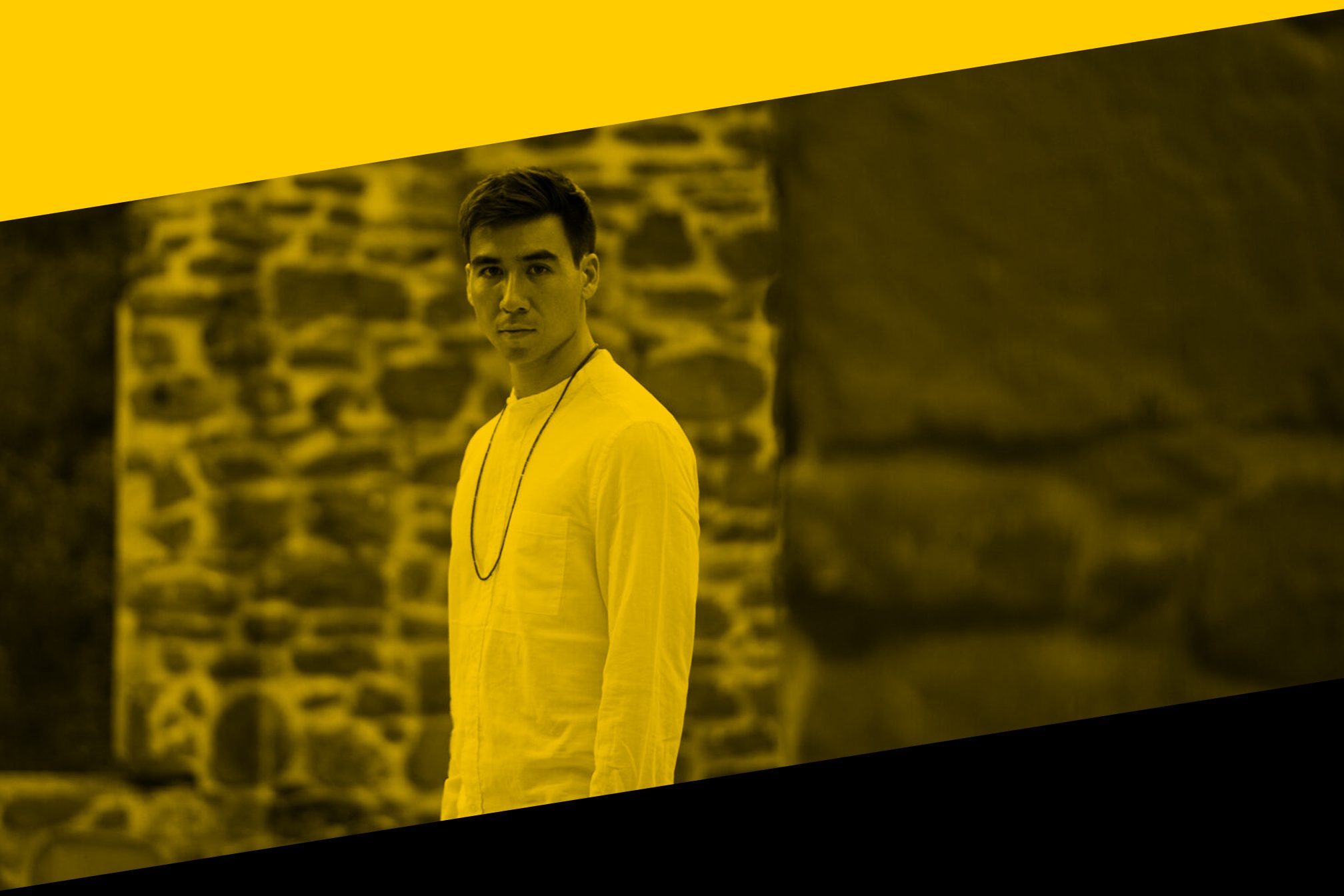 The Rinzen project is very conceptual. Can you explain the thinking behind it?

I like the idea of music that has a concept attached to it - basically building a new world with your music, or your art or whatever it is. It's like building an entire universe and telling one story within it. There's something really compelling about that idea that hasn't really explored that much, especially in the house and techno world. We all experience those moments where the music feels otherworldly on the dance floor, but taking that idea and giving people an entire world to go along with is special.

How did that translate to your upcoming EP?

In this case, 'Forbidden City' turned into a very specific concept. I was in Japan, traveling with friends, and we were in Kyoto walking up a hill. The sun was setting and we were trying to find a vantage point to watch the sunset when we stumbled upon an eerie, quiet temple. It felt forbidden, or sacred, but we were drawn to it. All of a sudden, an old man appeared and shouted at us, telling us that we weren't supposed to be there. We got really frightened and ran away, but that's where the idea came from. The idea of stumbling upon a sacred city, a place with that element of awe and reverence, but also that element of fear, like we weren't supposed to be there.

That was the basis for the concept of the EP - but also with the idea that someone could be out in the forest, or the jungle, and they stumble upon an ancient city that they've maybe heard of in a myth. It was like taking a real experience and making it into a concept. It's a fun approach as an artist, especially as someone who comes from a writing background.

You get to build a world, and tell the vignette within it. It doesn't have to be so laid out, like a book. It can be more like a guiding direction, and the listener can fill out the rest. I like giving just enough of a story that there's a setting, and letting people fill in the blanks and make the rest of the story themselves.

What's the meaning behind the name Rinzen?

While exploring Barcelona's Modern Art Museum several years ago, I saw this mattress, hanging suspended in the air. I thought, "Hm, what a strange art piece." The title was Rinzen, or "a moment of sudden awakening" and I really liked it. The name stuck with me, and even in the days after I couldn't shake it.

It's funny because I've thought about that art piece a lot since, and I think at first I didn't really get it, because it was, you know, a mattress hanging suspended in the air... but from a literal standpoint, if you were on the bed and falling, you'd have a moment of sudden awakening, for sure. 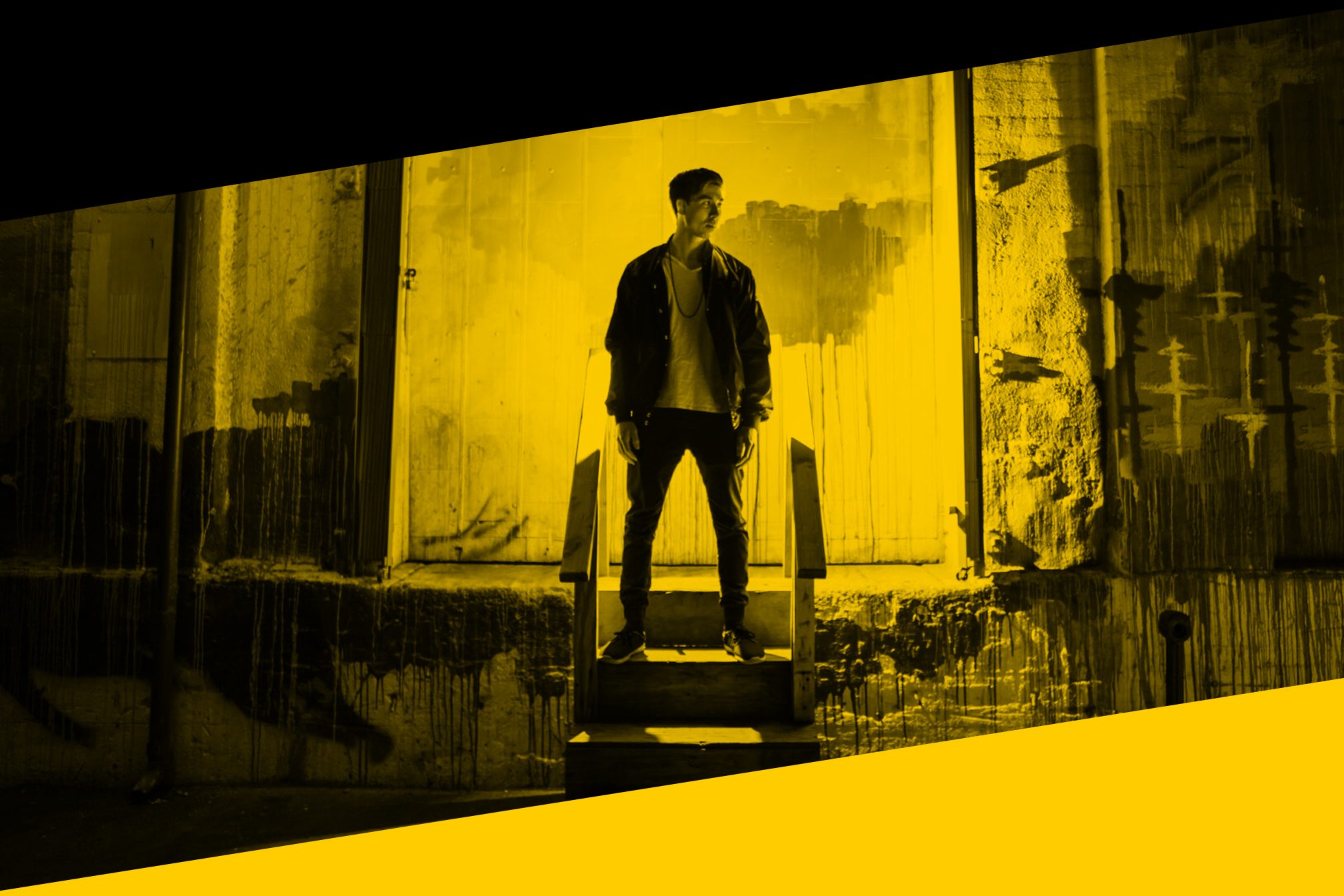 Tell me how you came together with Mau5trap. How has the label helped you in your early career thus far?

I met Blackgummy, who is on Mau5trap, and became friends with his team. I was sitting on some music at the time, hadn't sent anything to a label yet, and I just happened to give his team one of my tracks and they passed it through mau5trap. It was the first demo I'd ever sent out and it came together very organically after that.

Mau5trap is one of the more credible institutions in the industry, just for having given birth to a lot of electronic artists. They broke guys like Skrillex and Feed Me, but they were also a big proponent in the careers of newer artists like ATTLAS and Rezz. There's a certain credibility that comes with working with them. They're also very good with supporting new artists and talent, willing to take a gamble on new artists even if they don't have a big catalogue yet.

Mau5trap has also made a big stylistic shift in the past few years, really focusing on house and techno. If you listen to their compilation albums now, it's almost 80% techno. Their club shows are techno too. You go see Deadmau5 at an after party and he's playing Pig&Dan and Maceo Plex! That wasn't happening four or five years ago. The entire culture of the label is steadily leaning more underground.

'Forbidden City' will mark your debut, as it's the first EP you're putting out. Where do you hope to see the Rinzen project go next?

I want everything I do to revolve around these different worlds that I'm building. For me, 'Forbidden City' is the first world I'm presenting. My next project will be another concept like this, where I can go in and craft an entire landscape and story and present it with custom artwork. In the time between that, I'll still be releasing remixes and singles.

When you take all these worlds into a live environment, you can have different parts of your live show be represented through different worlds and concepts, and you can move between them and play different styles of music within each. At the moment, the live show is purely conceptual... but it's something I'm thinking about as a larger goal, how to bring this concept and show people an experience that's more than just music.

Tell us about your Impact mix.

I'm a true believer in the art of the mixtape; in taking the time to plan out something special and deliver a real experience with it. My Impact mix features music from Recondite, Third Son, Agents of Time, as well as some new music from me. I recorded the mix live and then enhanced it using audio samples and nature recordings. It's essentially a vision of what I want my live shows to be like.

13. Rinzen 'Triumph of the Human Spirit'