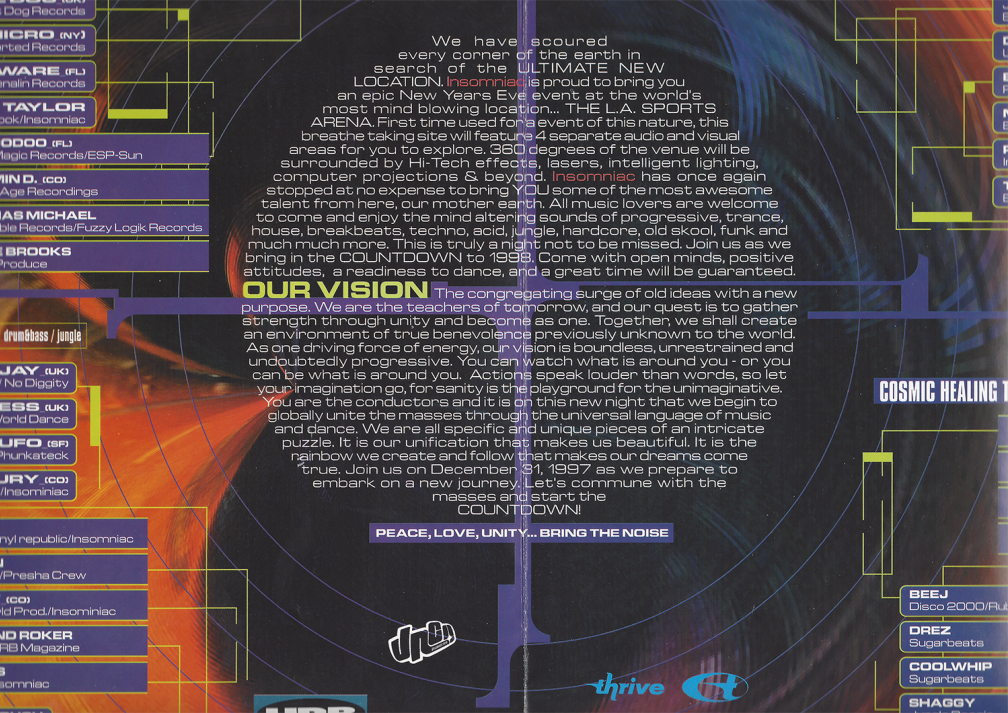 Electronic music, like anything else, is cyclical. What old generations experienced, new ones will too, in updated and varied, but patterned ways.

In the late 90's, Insomniac rose to recognition thanks to its ability to tap into what people really wanted. At the time, it was as simple as a room and great talent to lead a couple hundred people into a late night on the dance floor. Since, the concept has blossomed and been accessorized with a handful of bells and whistles, but still, the idea stays true.

It would be oblivious to ignore the changing - and arguably, maturing - interests of young American dance music fans. Where big room blares and sets designed for an explosive, but short-attention span experience once satisfied now leaves fans yearning for something more.

And with the same method that they've mastered over the past two decades, Insomniac continues to remain attentive and perfectly in tune with exactly what the people want.

"There is nothing like the rattling of warehouse walls when the bass hits and the feeling of hearing amazing music in a non-traditional venue with like-minded humans. I feel it's important to recreate that environment and those renegade vibes for a new generation."