On the brink of the new millennium, Cappo, Two Tonne, and Kidda drive around London in a rickety Peugeot 205. It’s New Year’s Eve of 1999 just hours before the noughties kick in, as the three mates search for tickets to the hottest millennium party this side of the globe.

All three characters in Reggie Yates upcoming film, Pirates, which hits the silver screen on November 26, symbolise a place and time in UK music culture. Played by Jordan Peters, Reda Elazouar and Elliot Edusah, the film’s main protagonists are the epitome of all things UKG as they flaunt Naf Naf imports, Avirex jackets, Reeboks and the finest '90s streetwear that is now circling back into fashion. It was a pivotal time for the UK underground - garage had taken hold in the clubs, ushering in a new crowd of kids seeking the most audacious parties.

Read this next: A competition is looking for the next UK garage superstar

Pirates is a coming-of-age film directed by Islington-born actor and documentary maker Reggie Yates, making his feature debut in the directing realm. It follows three 18-year-olds just as they set off for university and come to terms with their imminent adulthood, the separation of their friendship, and in contrast, the celebration of the climax of their childhood spent together in their hometown of London. The boys run their own garage group - The Ice Cold Crew (I.C.C) - which becomes increasingly popular as they start to gain recognition through pirate radio. 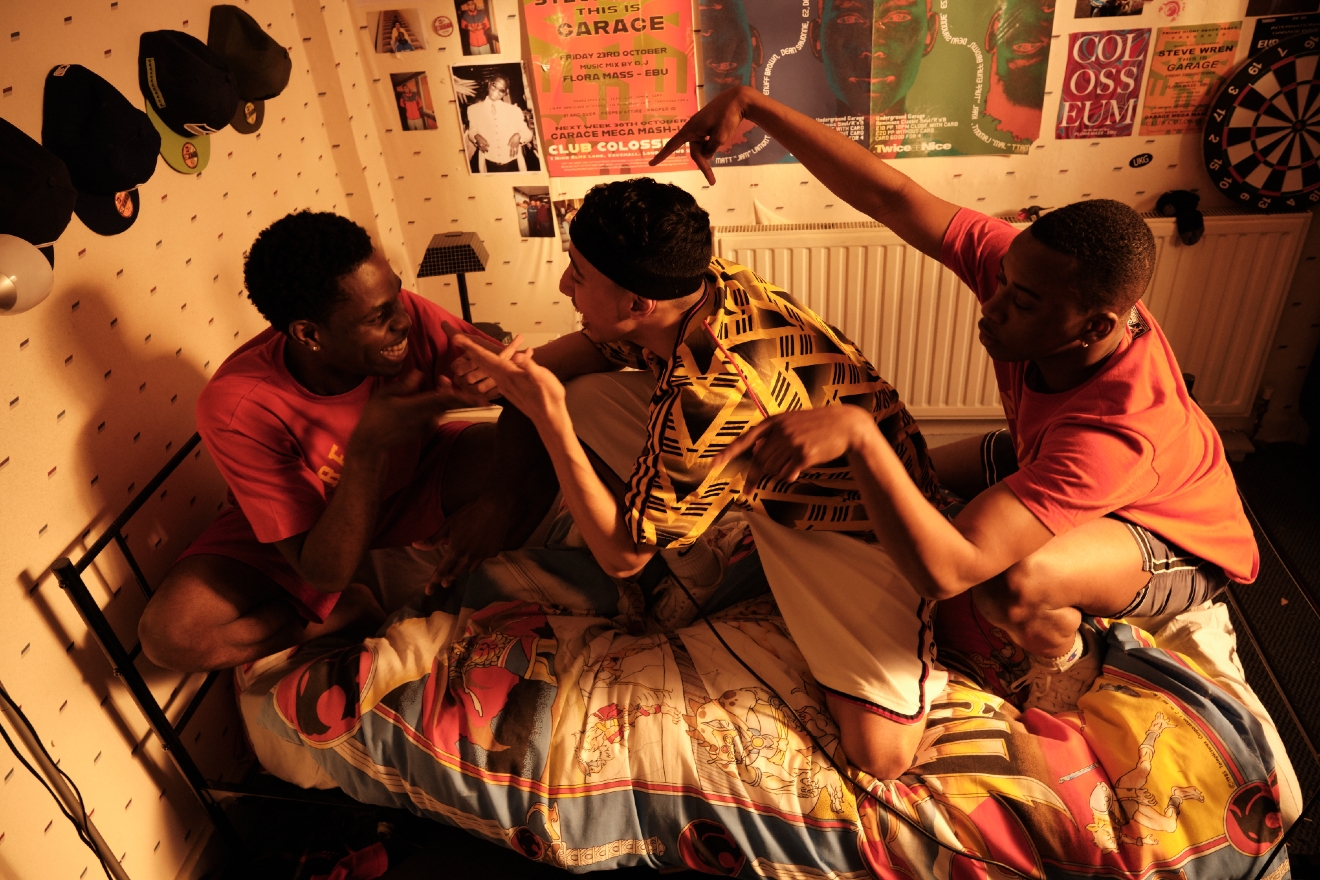 “It was a lot of sitting down and going back to my youth and asking myself questions about what were the fun moments,” Yates said on the new film. “I belong to a generation of big-city kids who have never seen their experience or more importantly themselves, on screen. Writing Pirates felt like an overdue and inclusive opportunity.”

The film’s soundtrack features an A-list cast of UKG favourites, too, including Sunship, Wookie, DJ Zinc, So Solid Crew, DJ Luck & MC Neat, Scott Garcia, Ms Dynamite, and Hardrive. “There’s a whole world of garage, jungle and grime that has influenced our music now,” said Two Tonne actor Jordan Peters on Pirates. “We really got into the world of 1999 and the UK garage scene, how they would have chatted to girls, certain slang terms, what to wear to a club, what drink to order.” 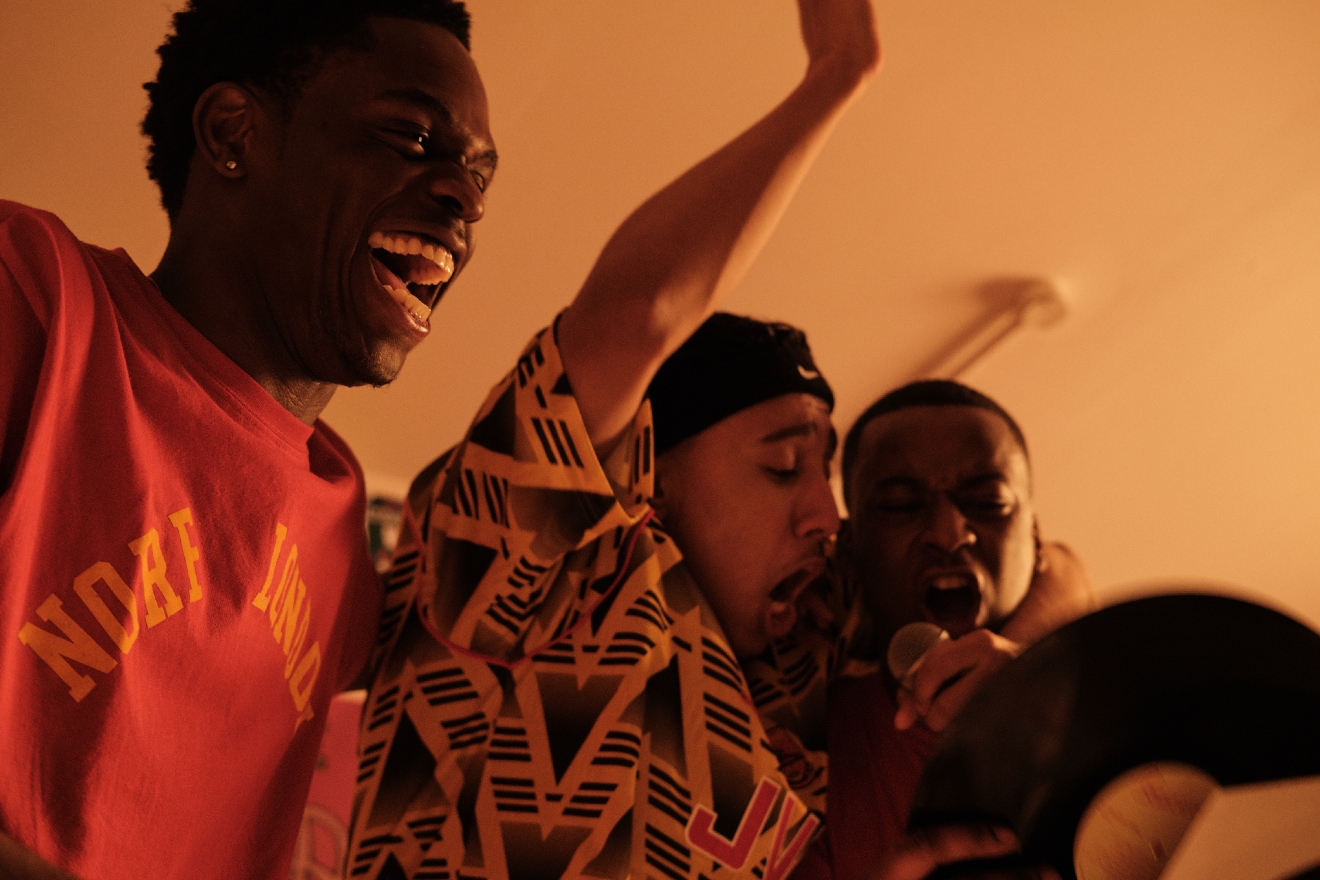 Running for 80 minutes, Yates’ new film pays homage to Mathieu Kassovitz’ 1995-released La Haine, admittedly his favourite film and key influence behind Pirates. The French film was set across a 24-hour timespan, following three 20-somethings through a seemingly mundane day during the Paris riots. “It was multicultural, young, scrappy and unashamedly full of colloquialisms,” Yates remembers.

Read this next: UK garage is the best genre ever

“It had a whip-smart screenplay all while making the mundane cinematic,” he continued. “This is my way of saying thank you to Kassovitz for making me believe these stories can be told and have cinematic value," Yates explains. “Our North London version of the Hippo Slide is the Seven Sisters Snail.”

Watch a trailer below for Reggie Yates new film, Pirates, which hits the big screen on November 26. Find out more about film, check for screenings and get tickets here.