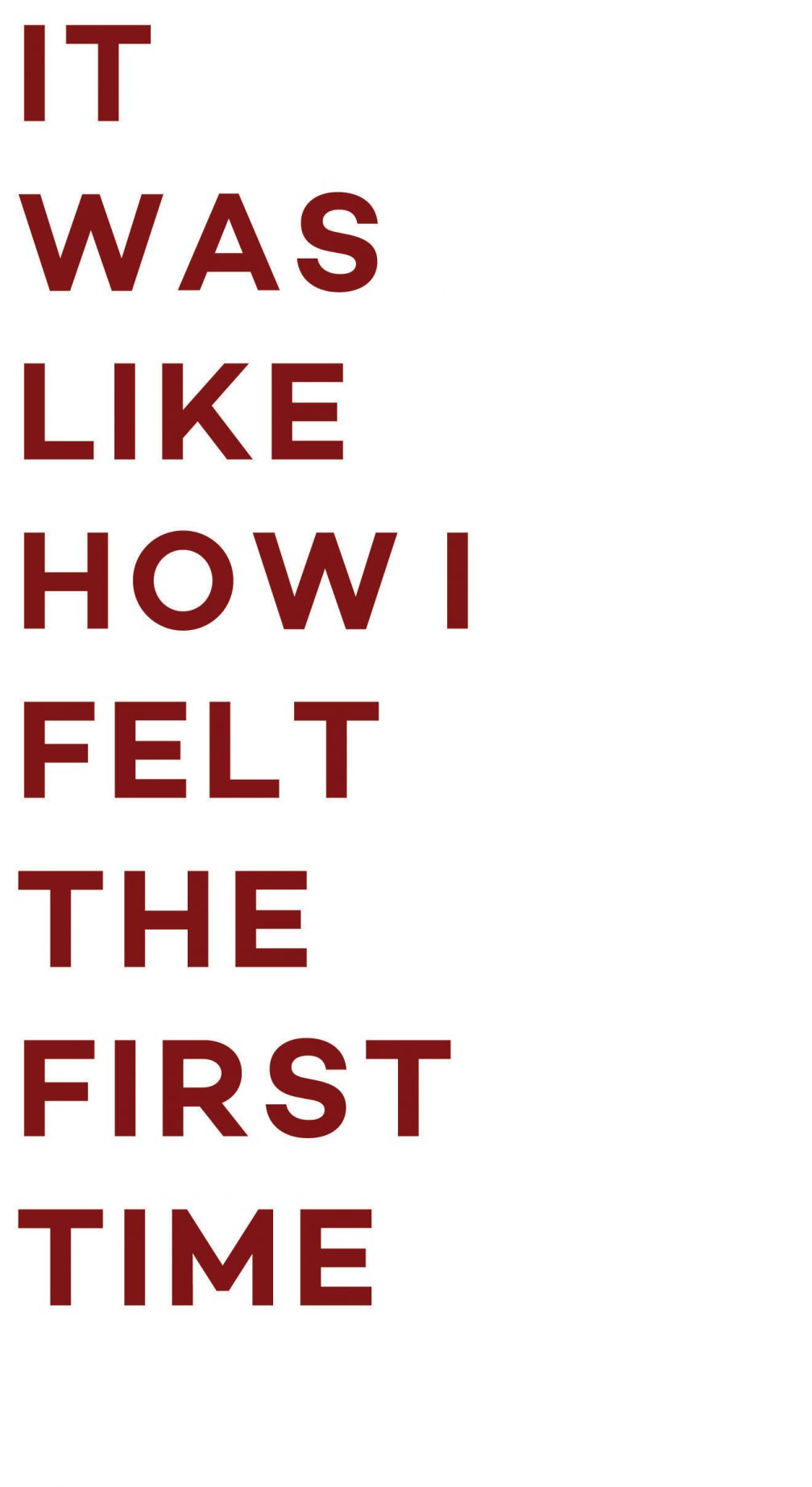 Also fundamental to their journey into dance music was a four-month period in 2006 spent in Amsterdam, an unintended sojourn taken while supposedly en route to London to promote Red Cotton’s debut album. Introduced to clubbing while there, their heads were turned by an alternative version of dance music not then popular in Tel Aviv and upon their return to the city the band split, with Dori and Niv deciding upon Red Axes as a name for their new direction.

“I think we chose Red because it’s everything... the colour of blood,” says Niv. “In our first studio we were like kids,” says Dori who, despite no longer sleeping there, still visits the studio daily. “We would never leave. It was like school. I was learning to produce; we were starting to DJ.”

“I remember those days, Dori banging away in the studio and me sitting there with the headphones on trying to find new tunes,” says Niv, who collects no dance music vinyl, only rock, psychedelia and world music, but who brings the bulk of outside releases digitally into Red Axes DJ sets (Dori’s contributions are 90 per cent their own material). “It was really about the commitment in those days, sitting on your ass, doing the best you can to put the passion in to it. It took time to learn music, and the history of dance music.”

Dori and Niv felt no urgency to release their early efforts. It wasn’t until their 2012 ‘Tour De Chile’ EP on I’m A Cliche that a sound identifiable as Red Axes appeared. More important was that they took their time to get it right. It was a wise decision. Emerging with a fully formed sound enabled them to release, within just a couple of years, their debut album ‘Ballad Of The Ice’ plus two stunning singles, ‘Caminho De Dreyfus’ and ‘Kicks Out Of You/Too Late To Samba’, both featuring Abrão (whose former career was as a 1980s new wave vocalist in Brazil). 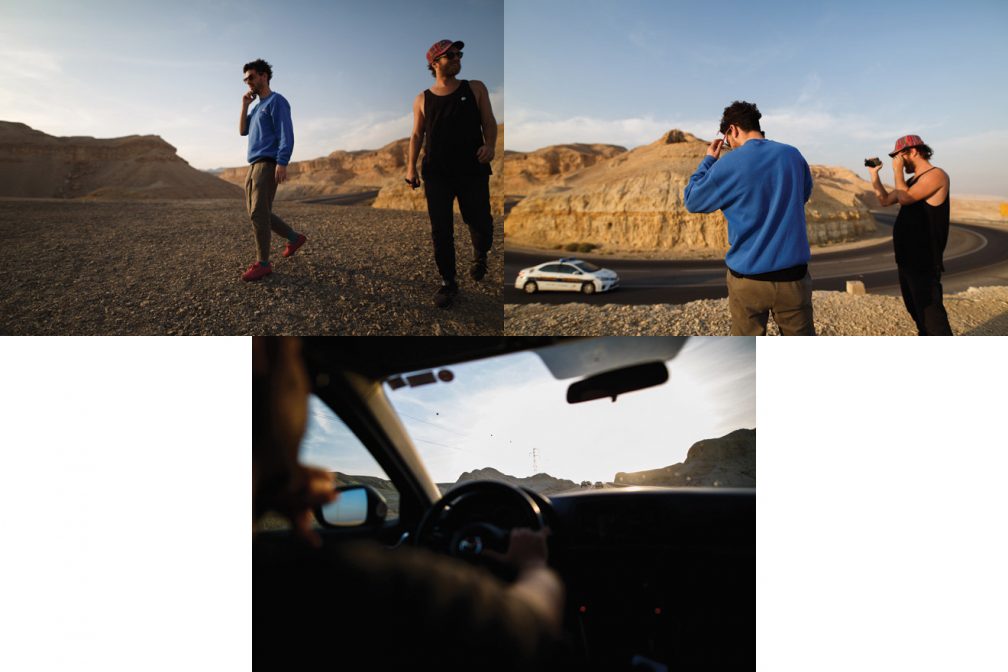 The sound that Red Axes had arrived with was like no other. Understanding the basics of house music may have been their starting point but, rather than copy it, Red Axes managed to deconstruct it and rebuild it from scratch in a way that lets them pin their multitude of influences onto the skeleton. At times you can hear industrial percussion or African rhythms, at others a brass ensemble or a spiky electric guitar. The mood of the tracks can range from driving, either in a slow, progressive house or a startling punk vein, to tripped out or blissfully Balearic. No matter how oddball they get – and they do – they always manage to keep the dancefloor turned on, and at the same time sound unmistakably like Red Axes. They are uncompromising but accessible. This is the key to their crossover appeal.

Their universal allure will seemingly be tested to the full at Grounded Festival. On the way to our rooms at the Magic Palace Hotel, the event’s host venue, we temporarily share a lift with a girl in orange wig and metal studded leather bra, whose restless companion is playing trance loudly on his phone. After a breakdown sends their eyes rolling, the beat kicks back in and they begin to dance in the lift. Tired and emotional ravers litter corridors lined by open doorways from which limbs, torsos and incredibly bad music emanate. This is a far cry from the hipster crowd Red Axes usually play to in Tel Aviv, but they go down a treat, their set featuring plenty of their recordings, including an edit of ‘Cactus’ by The Pixies. They prove so popular that Dori is called upon to play the afterparty. He obliges, and gets very little sleep before we start the next morning’s drive back.

Despite a stop at a restaurant specialising in German cuisine, improbably situated on the edge of the desert and at the site of next weekend’s Garzen Festival, a beautiful if basic camp shaded by trees from which dates and pomegranates grow, we make it back to Tel Aviv with time for an hour’s rest prior to soundcheck. On the journey we discuss Red Axes’ home city. “It’s important for us to stay in Tel Aviv, to grow with the scene and as part of it,” says Niv. Garzen has issued music by 80s Tel Aviv new wave band Siam, the music of Abrão, who currently also plays with band Shame On Us (which features Niv’s brother) and champions others like psych garage band Häxxan. “Maybe we will move, because the travel is physically difficult,” says Dori, “but mentally we are here.”

“One of the most important things we did this year was our night at The Block,” says Niv of the night where they curated all three rooms and shared the main stage with Roman Flügel. “That was the first time I really felt a Garzen night could work – a mixture between rock ’n’ roll bands, electronic performances and DJs.

“What I really enjoyed was seeing the rock-and-roll guys, who most of the time only go to see bands, staying in the club until really late, dancing and really understanding this music that is new to them,” says Niv, a comparison that pins Garzen to the Manchester scene that so inspired them. “It was like how I felt the first time.” 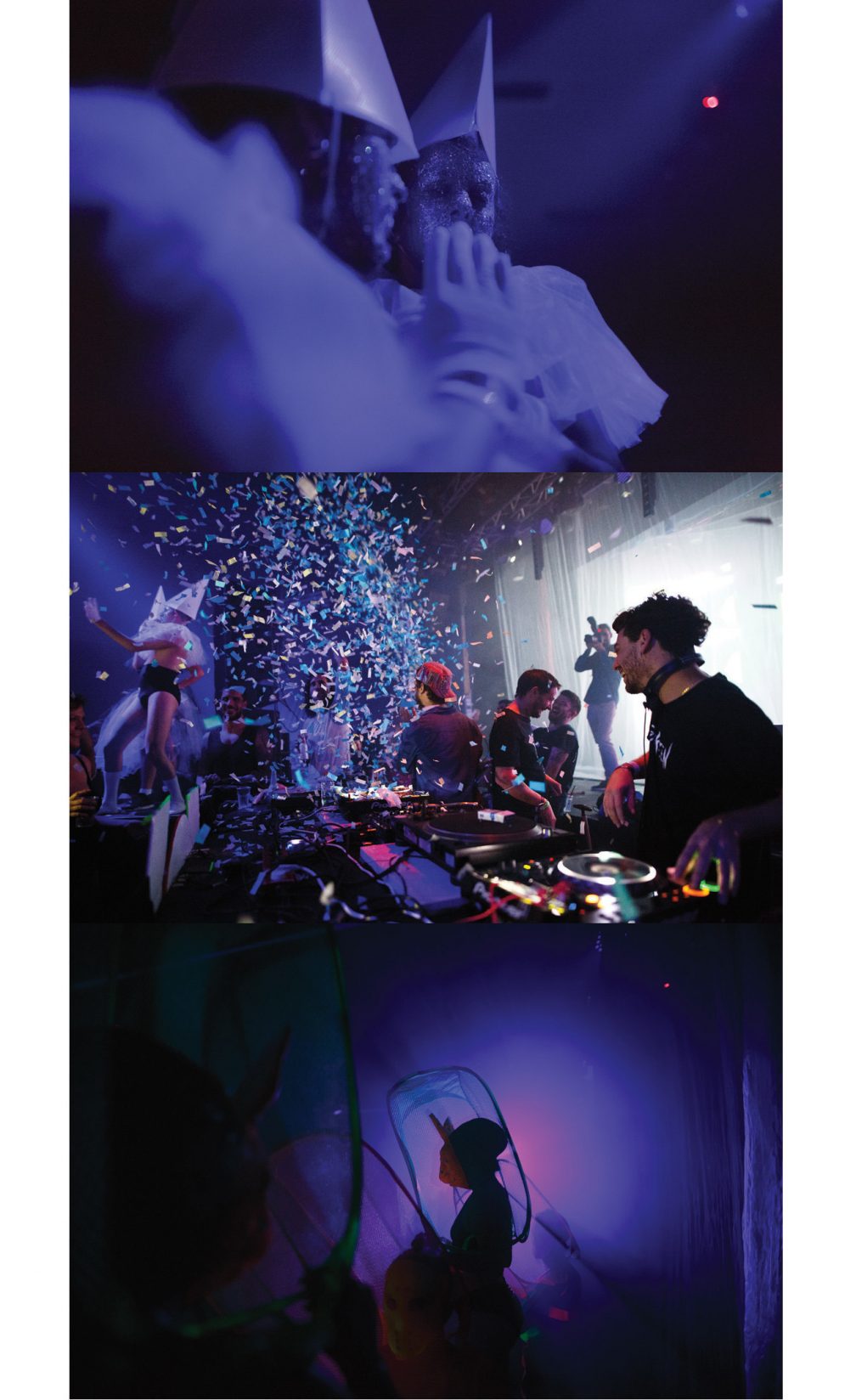 The Chemical Brothers’ open-air show, which benefits from the warm, late October evening, initially seems as unpromisingly as Grounded Festival did. Most of the audience are still arriving when Red Axes start. But with third track ‘Too Late To Samba’ everything changes. It sounds glorious: devastating, and totally at home on this giant stage and soundsystem, its incongruous, startling synth-line reminiscent of the music in Close Encounters Of The Third Kind. The aliens respond and the field before Dori, Niv and Abrão fills for a bludgeoning, tripped-out best-of, taking in ‘Waiting for A Surprise’, ‘Caminho De Dreyfus’, ‘Kicks Out Of You’, ‘Sun My Sweet Sun’ and ‘Fernandez’. Compared to the brash, experienced Chemical Brothers, Red Axes have a younger, more subtle approach: less the sensory battery of LSD, more an outstretched hand filled with mushrooms. With the history of rock music past still evident in their current sound, and with their ability to win over audiences outside the reach of regular dance music, perhaps a better comparison would be Daft Punk.

“What we admire most about them is the freedom they now have,” says Niv of the French duo. “To inspire rock kids to get into dance music – and then to change musically. I’m not sure they expected to get as big as they have, and we’re also not trying to do that, but we do aspire to make a journey with our music.”

Red Axes are currently recording their second album, slated for release in early 2017. Their five-track 2015 Garzen release ‘Ahuzat Bait’, which saw them move into an eight-strong, live musician format, suggest this continuing journey may be to further unite a rock band with electronic beats. Given that their success has largely come from the latter it’s a perhaps risky move – but no less risky than the ones they’ve undertaken already. If anyone can catalyse a new rock and roll rave revolution you’d put money on it being Red Axes.