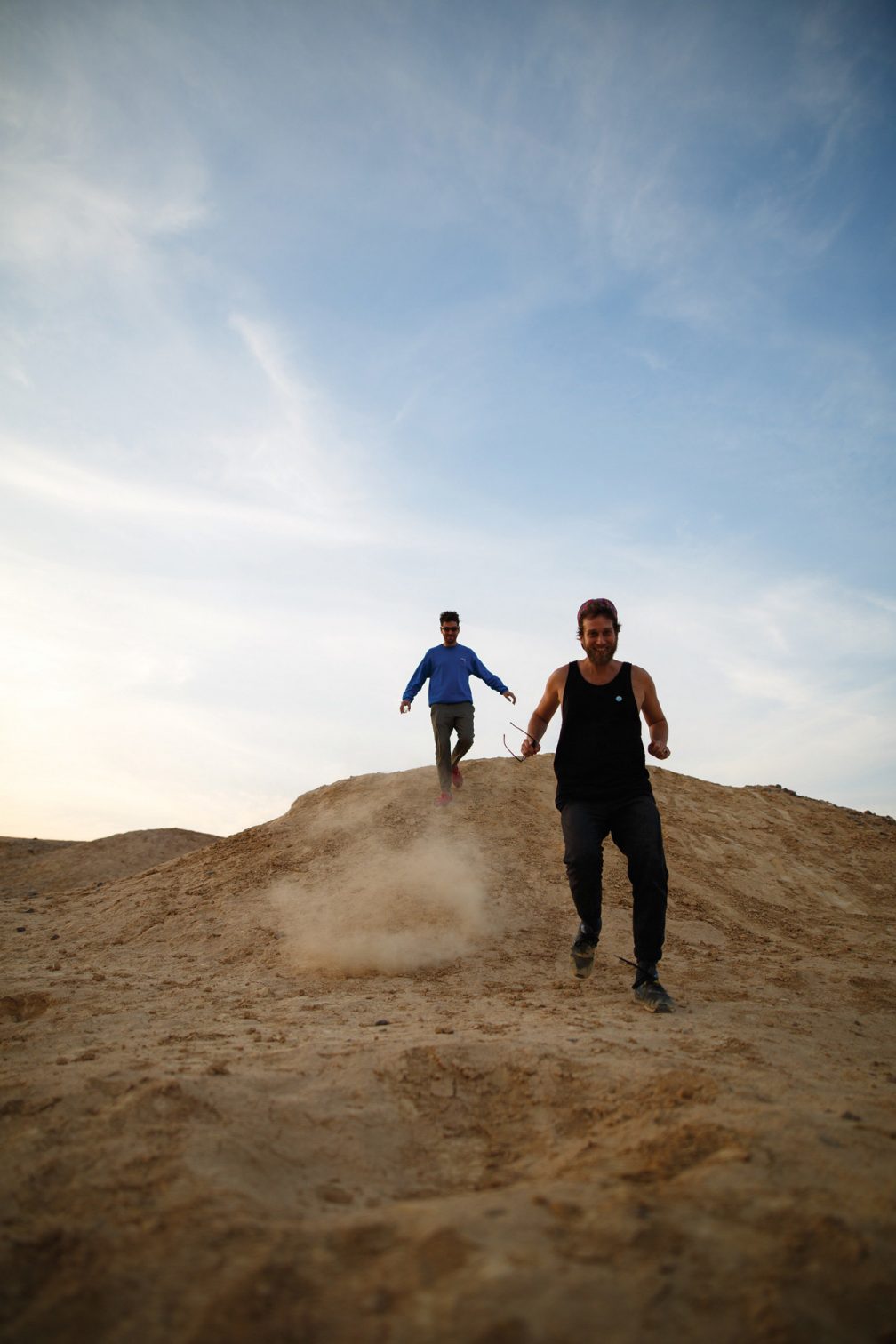 “That was where we felt totally in our element,” says Dori, the bearded, taller half of the pair. “We were with [singer] Abrão. To bring him to sing in front of maybe 15, 000 people... this guy – a few years ago he didn’t really work on music. And suddenly this.”

“That was definitely the biggest moment for us this year in terms of the live shows,” agrees Niv. “So many dates in America, too,” adds Dori, detailing another first for Red Axes which included festivals in Canada, California and at Burning Man. “A lot of the music there was pretty commercial – not enough DJs taking risks,” says a slightly scornful, clued-up crate-digger Niv, “but some of the gay parties were good. They played a lot of disco.”

“They are famous for the burning man, but the burning pyramids were even bigger,” says Dori who, compared to his recently married partner, is the one more likely these days to be seen at the afterparty. “I was watching them in walls of flame, just as the sun was coming up, really high on acid.” Despite some musical reservations, in many ways Burning Man seems like a natural fit for Red Axes. Their unique psychedelic sound, which manages to expose so many of their different influences, is perfect for the US festival’s anarchic, all-tribes-welcome ethos. But then – as this weekend’s shows demonstrate – there aren’t many crowds that Red Axes can’t win over.

Having met in their early teens, Niv and Dori (who was once a promising young tennis player) formed a song-writing partnership based on their abilities to play guitar. The band Red Cotton, which included Niv’s brother Yovav on guitar and keys, was the result, and unimpeded by their three years of national service they recorded an album. “It was a good option for the music,” says Niv of his time spent in the military, “because I got to spend time at home. I only had to be there two times a week. That was the most intensive time for the band”. Asked about their influences, “at first it was Syd Barrett and Velvet Underground,” he says, “then classic Israeli stuff, Can, Joy Division, Factory records. The Manchester scene was also about dance music and, in that, I think we found our path through.”