Most promoters have pretty mundane problems. Which DJ to book, maybe, or how best to pacify a venue owner, or which bills they can get away with not paying. Iranian promoters have more pressing issues... like whether they would actually survive the sentence if they are caught putting on a party, or whether they have bribed a cop quite enough to allow them to dance until dawn in the Iranian desert. Iran is a country where, just recently, six music fans were given 91 lashes each for the criminal offence of singing along to Pharrell Williams’ ‘Happy’.

“It’s a very dangerous thing to do, and of course illegal. We haven’t been back to Iran since,” say Beard and Blade, or Anoosh and Arash as they’re now known to the authorities. Last year they featured in a documentary about their experiences as promoters inside Iran, and they’re presently touring Europe as DJs – including an appearance at Tomorrowland.

“The outdoor parties in the desert or mountains are super secret and hidden far away, in the middle of nowhere,” confirms documentary director Susanne Regina Meures. “You need to rent equipment, find a bus with a driver who is happy to bypass police stops, bribe local officials and authorities, and ultimately, find friends who are brave enough to party under such circumstances. It’s not an easy task.” 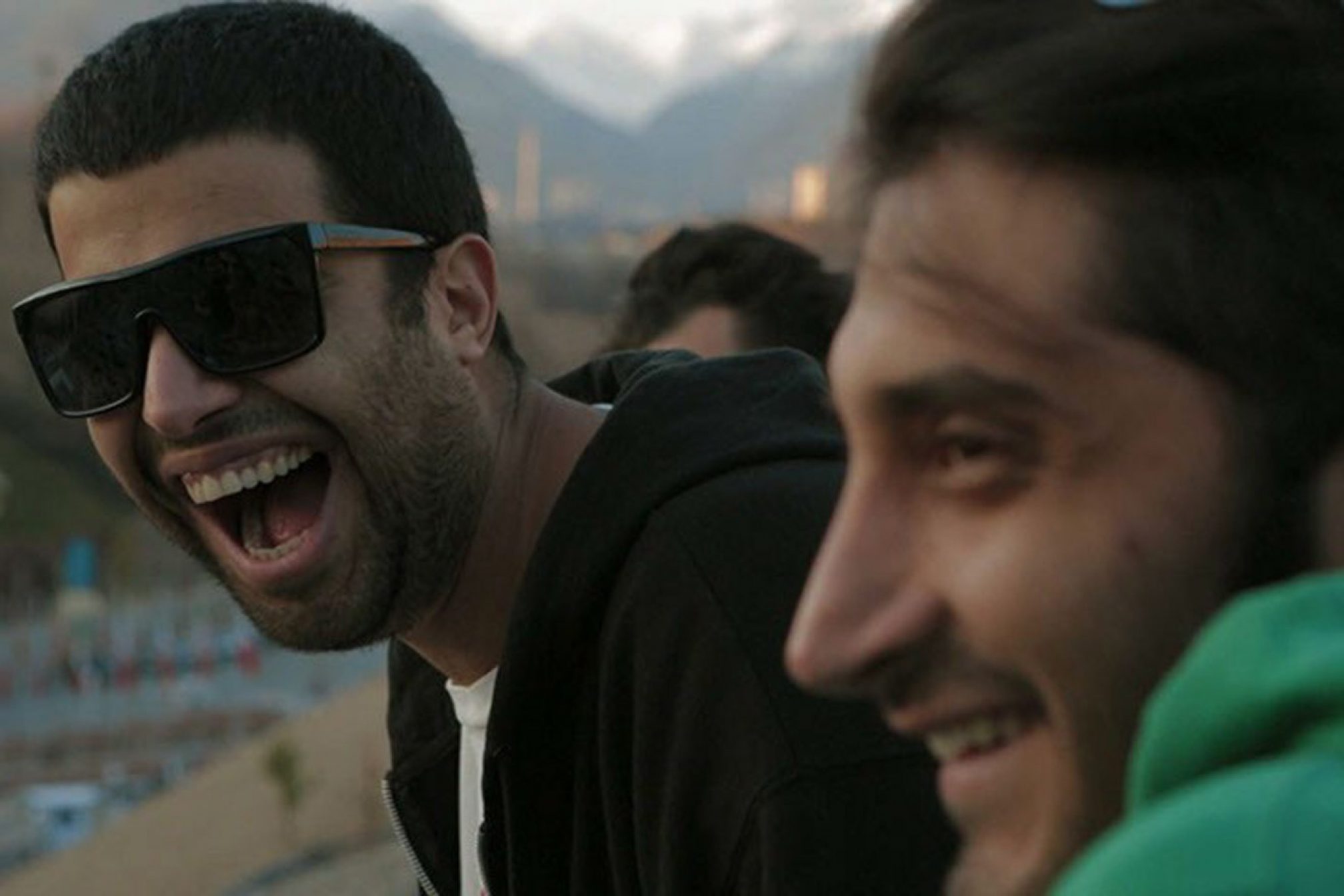 In essence, there is no club scene in Iran. Music, plays, films, novels – virtually anything artistic - must first receive authorisation and approval from the Ministry of Culture and Islamic Guidance. Music producers Mehdi and Hossein Rajabian were recently sentenced to six years in prison for“propaganda against the state” – or making underground music with their mates, to you and me. And there’s rapper/singer/songwriter Amir Tataloo with his 3.5 million Instagram followers, who was sentenced to five years and 71 lashes for “spreading Western immorality”. And the students busted by the police for having a house party and fined 99 lashes.

“Iran doesn’t have a rave scene,” agree Beard and Blade; but it does have an ingrained cultural scene, says Mehdi Ansari, an Iranian expat who set up the ultra credible techno night Analog Room in nearby Dubai. “Iranian culture is tied to art and music from thousands of years ago, and no power could stop that movement. It’s a super underground scene of people partying week in and out in their homes, gardens, factories and deep in nature like in forests or deserts. That’s where it all happens. Everyone parties, and no-one talks about it.”

Until now. Shot over 18 months, Raving Iran filmed in Tehran and at the dusk ’til dawn desert raves put on by Beard and Blade, with director Meures using a hidden camera to film scenes in the Ministry of Culture and Islamic Guidance.

“Anoosh and Arash are representative of a large group of youngsters who are in many ways stuck,” says Meures. “Torn between East and West, educated but unable to find a job which pays enough, not able to travel and experience the world, and never officially recognised for their music. And these are just a few things out of a long list.”

When raves actually happen, it’s beautiful. Meures describes it as “ecstatic, colourful kids in the Persian desert, dancing in their own personal utopia under the eye of one of the most oppressive political systems in the world” – and the documentary is testament to that dancing dichotomy. 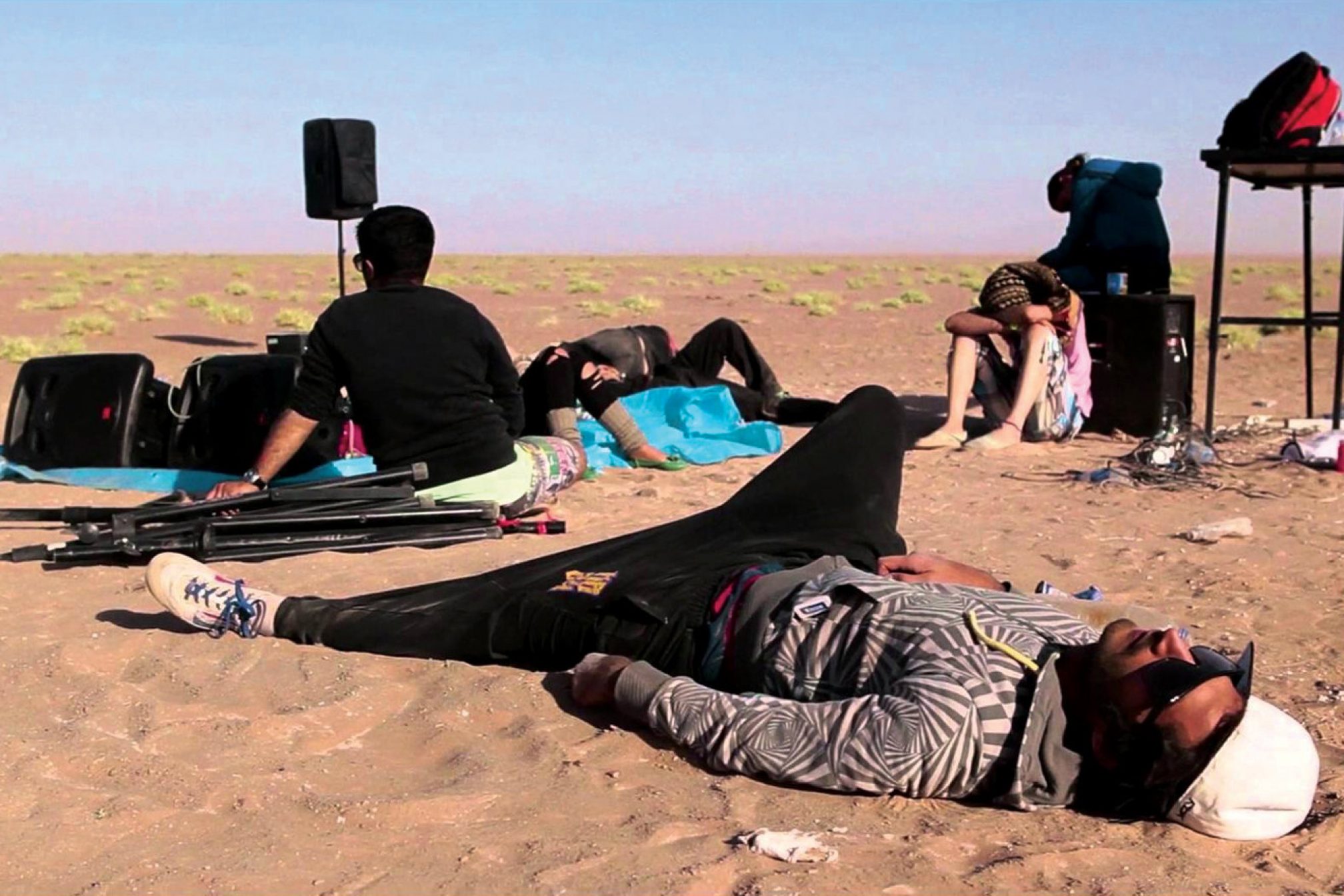 Maybe the real winners are those who can leave, like Beard and Blade. After years organising parties and selling under-the-counter copies of their music, they were invited to play the Zurich Street Parade in 2014. Instantly drawn in by the openness of the club scene and the people, they claimed asylum in Switzerland, leaving their friends and family behind. It was a huge, life-changing decision, one powered by the openness of the dance music community. With gigs across Europe this summer, including at Tomorrowland, and a fresh EP on Futurist, their future looks bright. Which is more than can be said for Iran’s scattered and sparse club scene.

“Since the Revolution, things have been getting better and worse,” say Beard and Blade. “But before we can start raving in Iran, there are other rules and regulations which have to change.”

It’s a sentiment echoed by Meures. “I didn’t intend to make a political film, but giving a voice to these youngsters is also a way to give them power – which will ultimately be political. Exposure is a step in the right direction, but it will take a lot more to change the current situation. And yes, Iran needs to change.”