“You have the right to freedom of expression. But only until 10pm,” read a stenciled slogan on the side of an abandoned train car. The words were painted to promote a recent protest against the local government in Vilnius, the capital city of Lithuania. This tagline was adapted from the Universal Declaration of Human Rights, and has become a battle cry of young Lithuanians fighting for their right to party.

Platforma, an emergent Lithuanian production and party series that renovates abandoned train cars into renegade venues, has decided to lead the movement against what they see as unjustifiable restrictions on radical self expression. According to a recent press release, “[Our] goal is to create a safe space for those marginalized in a strictly regulated society. The sub-cultures, the queers, the night-lifers - all gather in these isolated slots of land in search of peace.” It has been reported that at least one Lithuanian venue has been raided by the police each month for an indeterminate, yet extended period of time, and Platforma is spearheading the resistance. 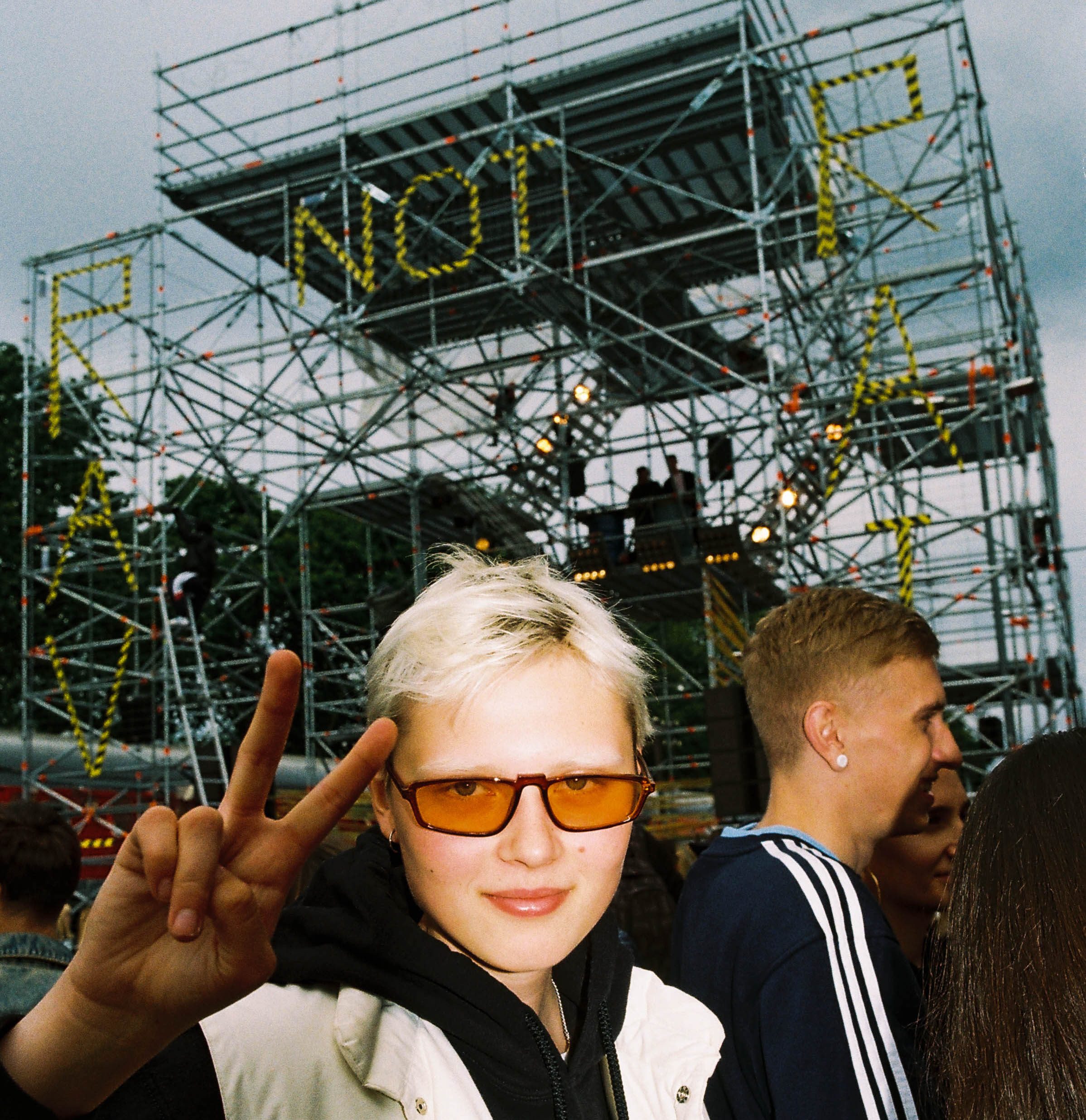 The city of Vilnius has a strict 10 pm curfew for parties and amplified music, though the ordinance apparently doesn't apply to upscale venues. Platforma claims that "posh clubs and hotels" have not experienced a single raid, while their parties and other grassroots renegades are being forced to party in fear of harassment, before eventually being shut down. This restriction has proved problematic for underground producers and attendees alike, as the early curfew contests the notion of "nightlife" in Vilnius itself.

These crackdowns have resulted in the shuttering of venues, sound equipment being confiscated and both attendees and event producers being arrested. Any drug use has been harshly criminalized in Lithuania, where even sharing a joint is considered “drug distribution” and punishable by up to five years in prison. The stigmatization of club culture with drug use has proliferated governmental crack down on raves and dance music events worldwide, but the issue has reached a breaking point in Lithuania due to notably heightened police presence in dance music spaces.

Several months ago, Lithuanian police responded to a noise complaint caused by a Platforma party. “One of the brightest contemporary Lithuanian composers, a professor at the Lithuanian Academy of Music and Theater, was in the middle of a live electronic percussion performance inside our club wagon. We couldn’t bring ourselves to disrupt this artistic performance,” said a Platforma organizer. When the event producers “politely refused” to end the music, the police took matters into their own hands, by calling in a special task force and threatening to strip search the crowd for drugs and paraphernalia. 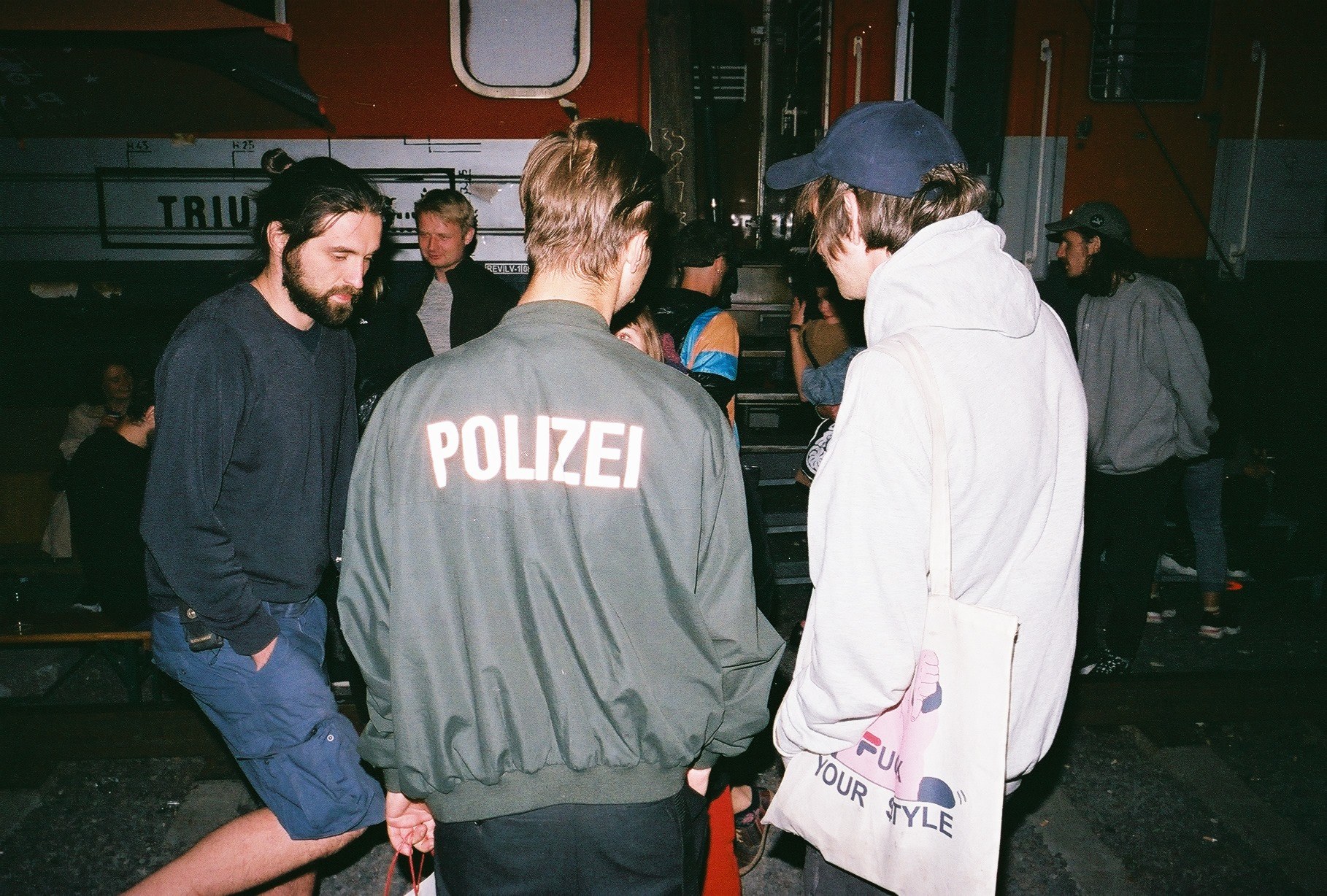 The event producers chose to end the show, but immediately began to plan their next move.

On July 13, Platforma hosted massive rave in Vilnius, which doubled as a form of protest against the heightened police presence and intolerance of underground dance music. The city’s central train station appropriately served as the venue for the event. Their main stage pulsed a slamming 140-BPM of progressive techno, while featuring a frontage that read “RAVE NOT RAID”. An estimated five-thousand local dance music enthusiasts attended the gathering in a public display of solidarity against the antagonism of “endless” police raids on nightlife venues.

The theme and participation of Platforma’s July 13 event harkens back to the days of the Cold War and Lithuania’s “Singing Revolution”, in which citizens sang their national hymns to assert their independence from the Soviet Union.

It seems Lithuanians have spawned a new movement for their independence with Platforma. According to one organizer, “From 10 am till 10 pm… thousands of people became one. We played techno and put aside all our conflicts, making a point to a society that has long marginalized the night life. For twelve hours all different people, from kids to pensioners, were dancing in hope to defend their freedom. Their dance was their statement and the statement was clear - this is the end of censorship and discrimination of the young, the poor, the adventurous.”

Joe Biden and the RAVE Act