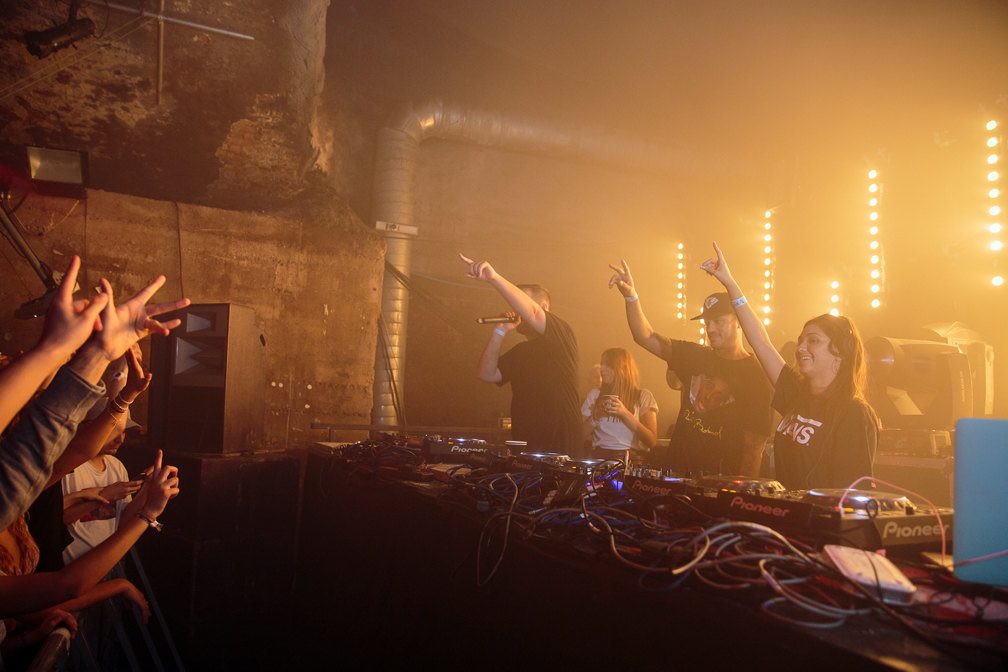 t’s precisely this studious approach which sets Barely Legal apart from some of her contemporaries and has gained her a following among the bass, grime and dubstep elite. Wiley booked her for Eskimo Dance early on in her career, and at WHP she arrives flanked by Manchester heavyweights Chimpo, Chunky and Strategy, all cheering her on from the front of the stage as she opens the night in Room 1. Later they jump on her set in Room 2, which turns into a carnival-like affair with Robinson at the helm, sustaining the crowd’s gun fingers with banger after banger, or as Kurupt FM’s MC Grindah puts it, “the four-foot shelling machine dropping them sub-atomic danger dubs!”

One of Barely Legal’s talents as a selector lies in playing with confidence the kind of tracks you might wince at in public but secretly love. She once claimed to have regretted mistakenly pressing play on Sweet Female Attitude’s ‘Flowers’ but it’s probable she was really trying to see how far she could push it. There’s power in being a tastemaker, but there’s even greater power in being able to make the lowbrow seem progressive – and Chloé has the Midas touch. “I feel like a true DJ, I play what I like. There are trends and people follow them because there’s money involved, but I can’t help but play what I actually want to,” she says.

“I remember that trio of Ben UFO, Oneman and Jackmaster [playing b2b2b],” she continues. “You wouldn’t know where they’d go. It’d be an eighties track, then a dubstep track then something else, and it was really exciting. I really like the element of surprise.”

She puts just as much emphasis on audience interaction. “It’s cool to go and listen to a full album of unreleased music if you want to go and see your favourite producer, but I think a DJ’s there to read the crowd – and that’s what I try to do.”