This wasn’t how it was meant to be. We travelled to Winter Social in the middle of the Kent countryside to spend a day with one of the most hotly tipped duos of 2016. But instead of capturing a snapshot of an outfit caught in the G-force of an upward trajectory we’re sitting on a bed in the Maidstone Hilton with one half of Eli & Fur cocooned, sick, under the duvet.

Despite the unfortunate turn of events, they’re in high spirits. Fur in particular is relishing the story about the last time she was ill, on tour in Mexico. “Nobody told me about not drinking the ice,” she says, from beneath the covers, her withering self-deprecation audible through the Egyptian cotton. She’d agreed to attend a party, only to excuse herself part-way through for fresh air. “I was walking down by the sea – and by the way, I’m afraid of the sea so I don’t actually go in...” – at this Eli rolls her eyes, clearly used to Fur’s foibles.

“I was half a calf deep and what did I see? A fucking hundred dollar bill.” How did this rising star of club music spend it? “I went to H&M and blew it all.” 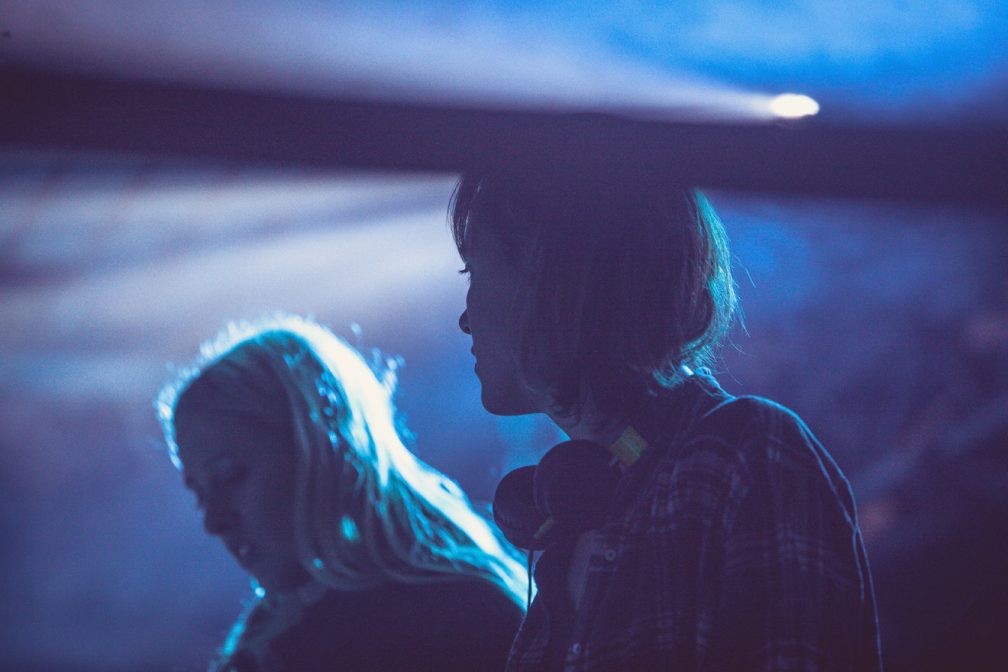 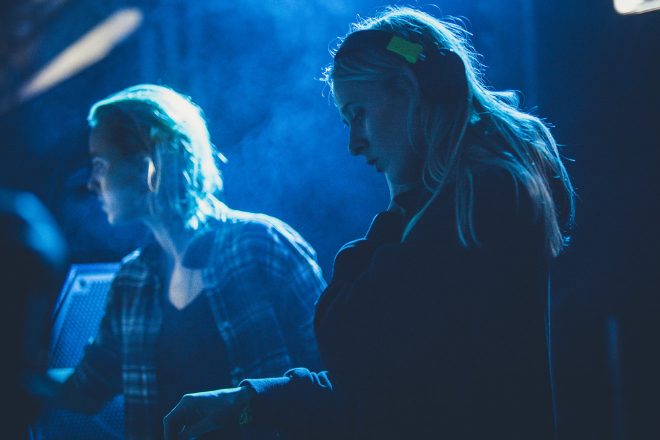 There’s something irrepressible about Eli & Fur. Two friends having a blast, but also a little bit out of step with everybody else. Both are polite, funny, and possess the kind of lavish enunciation that’s rare in club culture. Eli, full name Elizabeth Noble, is the more confident one. Tanned and sporting leather trousers, a crucifix earring and leather jacket, she looks every inch the rock star, albeit one that probably juices a lot. Fur – that’s Jennifur Skillman – is more shy, with long blonde hair that covers her face.

Compounding the slightly guarded effect at their earlier gig at the festival is an oversized hoodie which she periodically hugs tighter, bracing against the chill of the draughty conference centre. The venue is stark contrast to what they’re currently used to, having just returned from a tour of America’s more underground clubs. The tour was a natural progression for a project that’s won co-signs from club music’s upper tier, from Maya Jane Coles and Pete Tong to Erick Morillo. They, like the duo’s growing fanbase, have been beguiled by Eli & Fur’s effortless DJ gigs and languorous productions which occupy the sweet spot between brooding club music and emotive pop vocals – at home on Funktion-Ones, sure, but on the radio, too. However, they’re feeling the strain. “Right now, where we’re at with our careers is the most intense place,” Eli says, eyes wide and earnest. “We really are now where we want to be, we’re playing on line-ups with DJs we look up to. That’s a pressure.”