Festivals face many challenges. They need to find the right venue, nail the sound and attract the right crowd. But what do you turn your attention to once you've done all that?

This year The Peacock Society faced that question. The venue, the botanical gardens in Paris' 12th arrondissement, consisted of two vast warehouse rooms, ample outdoor space and a sense of isolation from the sprawling metropolis outside. Its sound systems were impeccable; perfectly balanced but loud enough to fill both cavernous spaces. The crowd, almost entirely French, were there to dance.

Having done all this, the now five-year-old event raised itself above the competition by making an unbending commitment to the local scene: The Peacock Society focussed as much on representing French music as it did hosting international talent like Dixon or Nina Kraviz. Many festivals seek to book the biggest international acts. In doing so they end up with a lineup that could happen anywhere. The Peacock Society do it differently.

“Other festivals only book international artists. You have only the top Resident Advisor artists and the lineups look the same,” says French DJ AZF as she comes off stage after opening the Squarehouse on Saturday night. “At Peacock Society they want to bring all the styles of the electronic scene. That could mean they book a rapper, a techno act or hip hop act all next to each other. But it works. That’s what makes a really good show and that’s why I love this festival more than many others.” 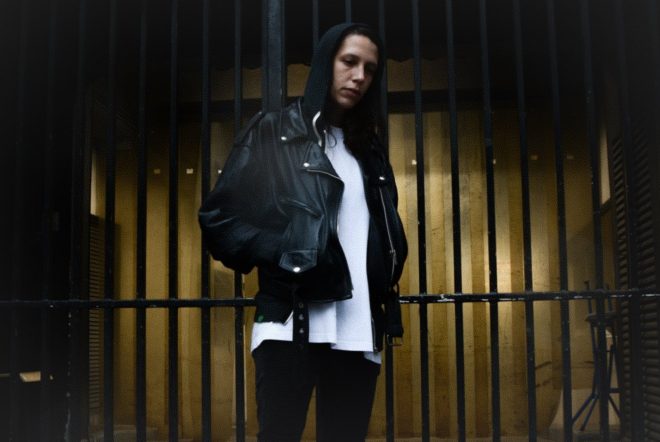 AZF has lived in Paris all her life, developing a tough musical style against the backdrop of the city's free party, hip hop and techno scenes. Wearing a t-shirt embossed with the slogan ‘Make Konstantin great again’ (in reference to the Giegling DJ and co-founder who said that “women are usually worse at DJing than men”) the Rinse France host spoke candidly about what makes Parisian music unique: “I think in other countries, all the scenes are really closed off. In Paris, all the scenes are mixed. It’s far easier to take influence from lots of different places, to bring this guy to your techno party even if he likes hip hop."

Like her sets, AZF's fortnightly shows on Rinse France showcase local talent. Similarly, The Peacock Society has committed an entire stage to presenting the best of the local scene. The venue’s third space, the Nightclub, has a strict gender balance policy. On Saturday, the lineup consisted purely of French DJs. This year's Peacock Society was proof that more local talent and more women on the lineup doesn't just look good on paper. It makes for a unbeatable party. These are the eight tracks that defined The Peacock Society 2017.