In an electronic music industry dominated by DJs, the live show represents a more specialist performance style. Its nichest forms attract fans of harsh noise and experimental knob twiddling to avant-garde venues that house the counterculture within the counterculture. On the other extreme, it can push dance musicians from playing to tens or hundreds in basement clubs to tens of thousands at arenas and festivals beyond club sphere, headlining the likes of Alexandra Palace, Field Day, or one of the big stages at Glastonbury.

Overmono are on the latter trajectory, as their headline show at London’s storied KOKO venue on Thursday, September 22, made clear. Taking to the stage shortly after 9:PM, the duo, comprising brothers Tom and Ed Russell aka Truss and Tessela, fired through hit after hit with a number of crowd-pleasing surprises, telegraphing their potential to join the top-tier of UK live electronic acts.

Launching into ‘Gunk’ early on, the euphoric slice of trance-inflected techno and modulated pop vocals from this year’s ‘Cash Romantic’ EP on XL, sets an energetic tone for the show. Transitions between tracks are handled with finesse, as they command the dancefloor with hard-hitting cuts such as Joy Orbison collaboration ‘Bromley’ and the pulsating ‘Everything U Need’. As the bright synths spiral upwards the mood feels transcendent, and when the robust beat returns, the gravitational pull back to having it on the dancefloor is seismic. 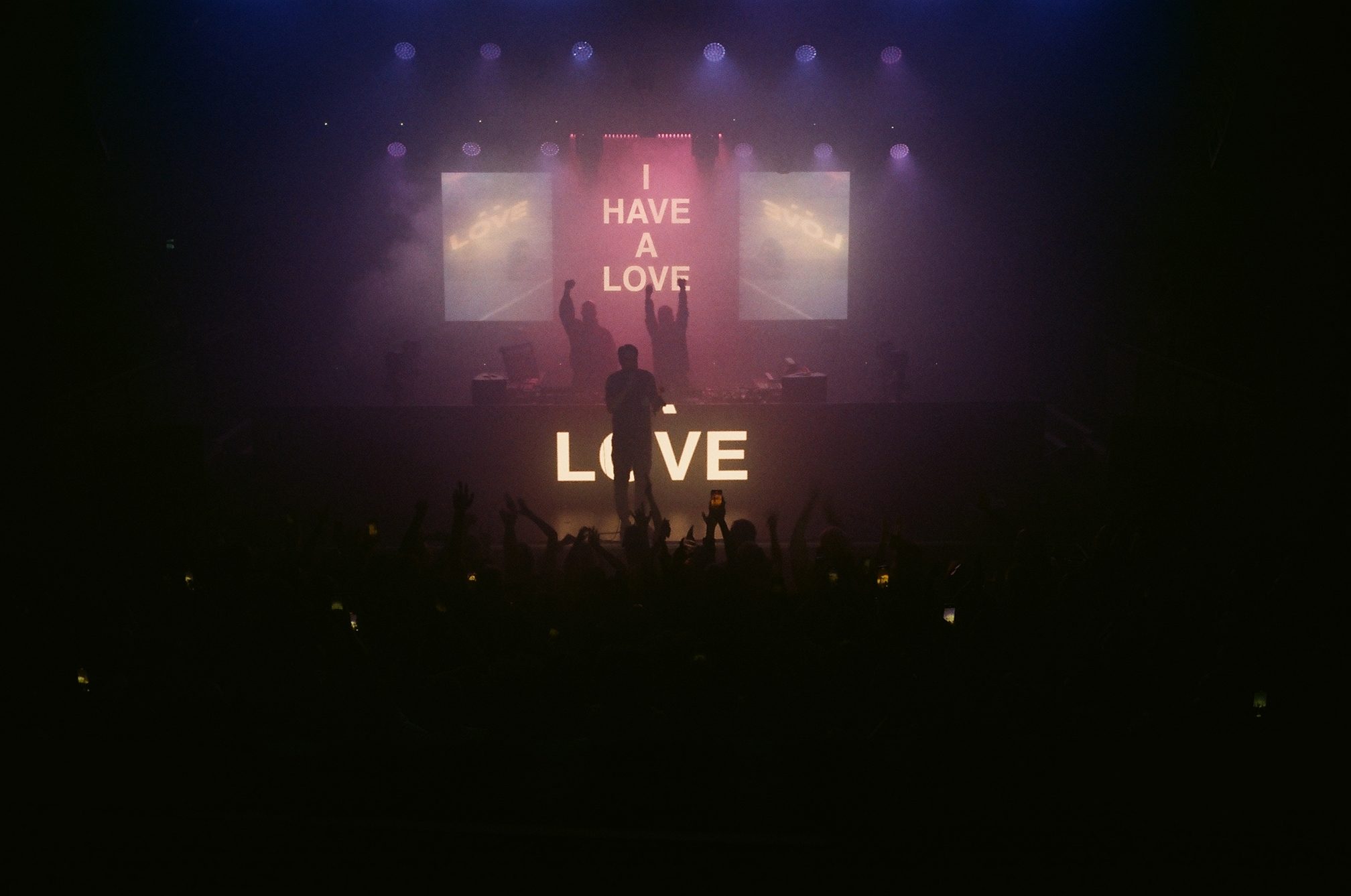 Truss and Tessela previously collaborated and played live together under the name TR\\ER, forging coarse sounds centred around 303 acid hardware. But since debuting the Overmono project in 2016, they’ve increasingly embraced accessibility, building a catalogue of bangers informed by a heady mix of ‘90s hardcore, 2-step, R&B, breaks and more. Their transition from heads-down indulgence to outward-facing entertainment is exemplified on the live stage as they catapult into a remix of The Streets’ ‘Turn The Page’ that whips up a frenzy, before incorporating classic grime instrumental ‘Pulse X’ into the fray.

Somehow energy levels peak even higher as For Those I Love makes a surprise appearance, bounding onto the stage to deliver the evocative vocals to Overmono’s remix of ‘I Have A Love’. Overmono also seem to be embracing the role of being visible frontmen and not tucked away in a booth, jumping around with hands in the air as the hysteria in the room hits boiling point.

One effect of the party-fuelled set is that some of the more subtle tracks from their discography don’t make the cut, such as the enchanting choral version of ‘Quadraluv’ which featured in a previous live show. But that’s an acceptable price to pay for the tight control of tension and energy that grips the audience throughout the performance. When the anthemic closer ‘So U Kno’ powers through the soundsystem, partying hard is the only thing on everyone’s mind.