The ancient city of Syracuse was once home to Archimedes, inventor and first genius of his age, who, in between laying the foundations of modern mathematics and physics, invented a heat ray to focus sunbeams on the sails of invading ships. Luckily, OSS festival, based on the island of Ortigia, historic heart of the city, is a little bit more welcoming to visitors.

Ortigia, its cobbled streets tapering towards an ancient citadel fort flanked by a labyrinth of narrow, stepped alley-ways and architecture that ranges from Ancient Greek to medieval Moorish, is reminiscent of Ibiza’s Old Town – particularly when the main street is dotted with ravers making their way to the Island’s tip and the Piazza d’Armi, the main arena for the festival. Very much a town square with a high stage at one end, it’s saved from that ‘municipal concert’ vibe by a few details: the shadow-play on the wall of the fort that runs along the sea side caused by the silhouettes of the dancers, the battlements and arches of the building on the city side, a line-up of artists that fits the rich tapestry of influences and cultures of this city like a glove, and the addition of an ‘oasis’-type stage in the midst of the crowd that brings a selection of artists to the festival and breaks the spectator/ performer boundary so effectively we wonder why more festivals don’t try this approach (it would work brilliantly at IMS’s Dalt Vila parties, for example).

The castle takes a while to fill up each night; perhaps there are a few too many temptations along the narrow streets of Ortigia, particularly for anyone whose stomach is rumbling after a day of sightseeing, hanging out on the beach or a trip round the bay on one of the weekend’s many boat parties, featuring everyone from Flohio to DJ Seinfeld to Zanzibarian vocalist and Maurice Fulton collaborator Mim Suleiman. But by 11pm it’s as busy as a bazaar. In the sky above, just below the blood moon, Mars is on fire, a pin-sized glimpse of an inferno in the velvet curtain of the night sky. 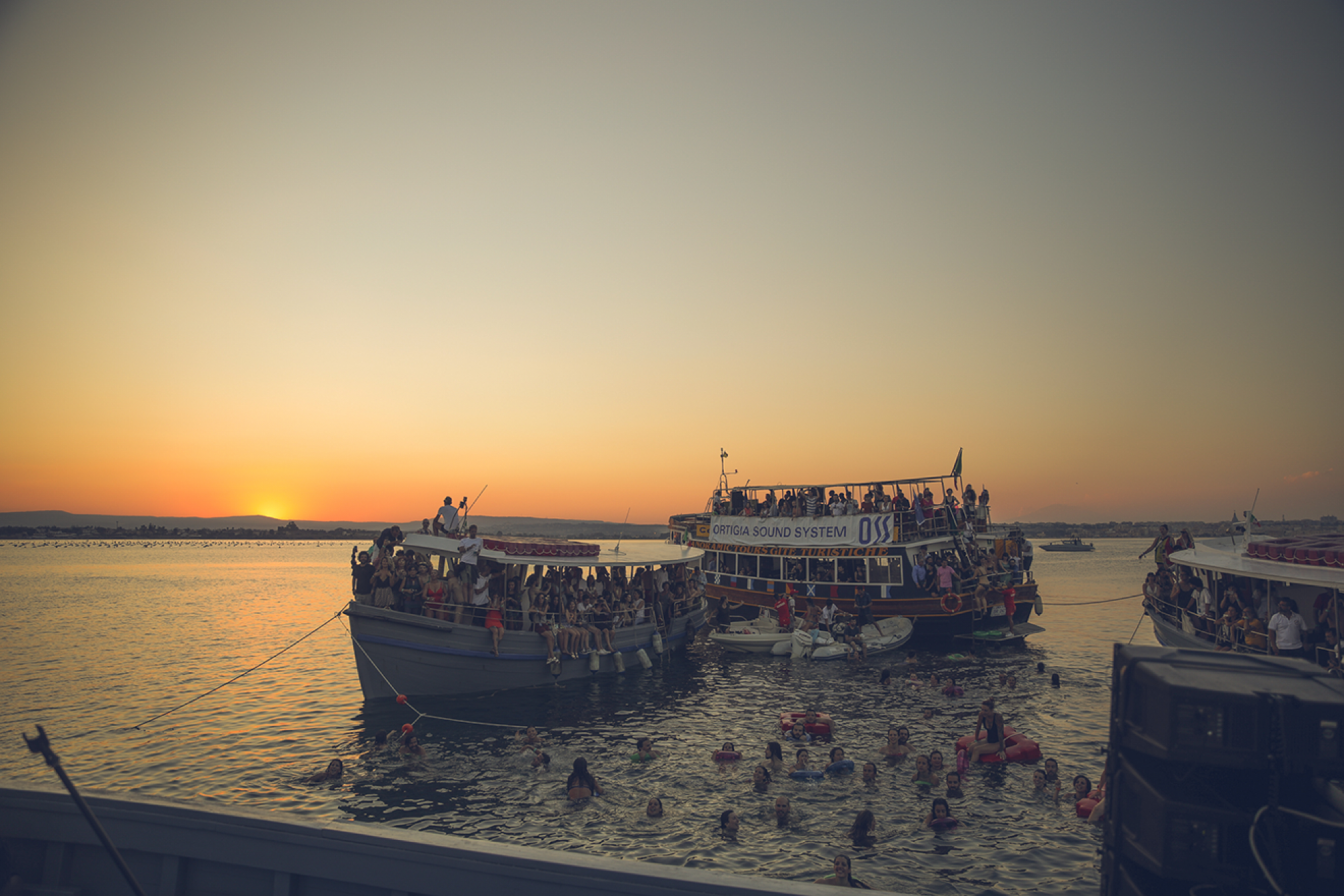 Meanwhile, on earth, Lee Scratch Perry materialises in the green-lit oasis of speakers, palm trees, dry ice and spotlights in the middle of the courtyard. The night air is thick and humid, the bass is rumbling like a volcano, and while the Roman God of War may have lit his forge in the heavens, Jah rules down here. “I’m a professional magician!” exclaims the 83-year-old dub-Archimedes at one point as he rolls out another plate and triggers more motorcycle engine samples over the top.

Co-founder Enrico Gambadoro had his ‘eureka!’ moment in 2013, aged just 22. He and his flatmate had been organising parties in the area when it occurred to him that the perfectly self-contained island itself could be the perfect backdrop for a more ambitious event. “I imagined a festival inside the architecture of Ortigia. It’s a magical place, with the beach, the restaurants; you don’t just come here for the music, but every venue is five minutes’ walk away.” While red tape can make organising anything in Sicily a difficult task, Enrico says the city has embraced the festival, with local business owners happy to welcome a lively crowd that stays for a few days and spends money throughout, rather than day-trippers and cruise ship geriatrics. 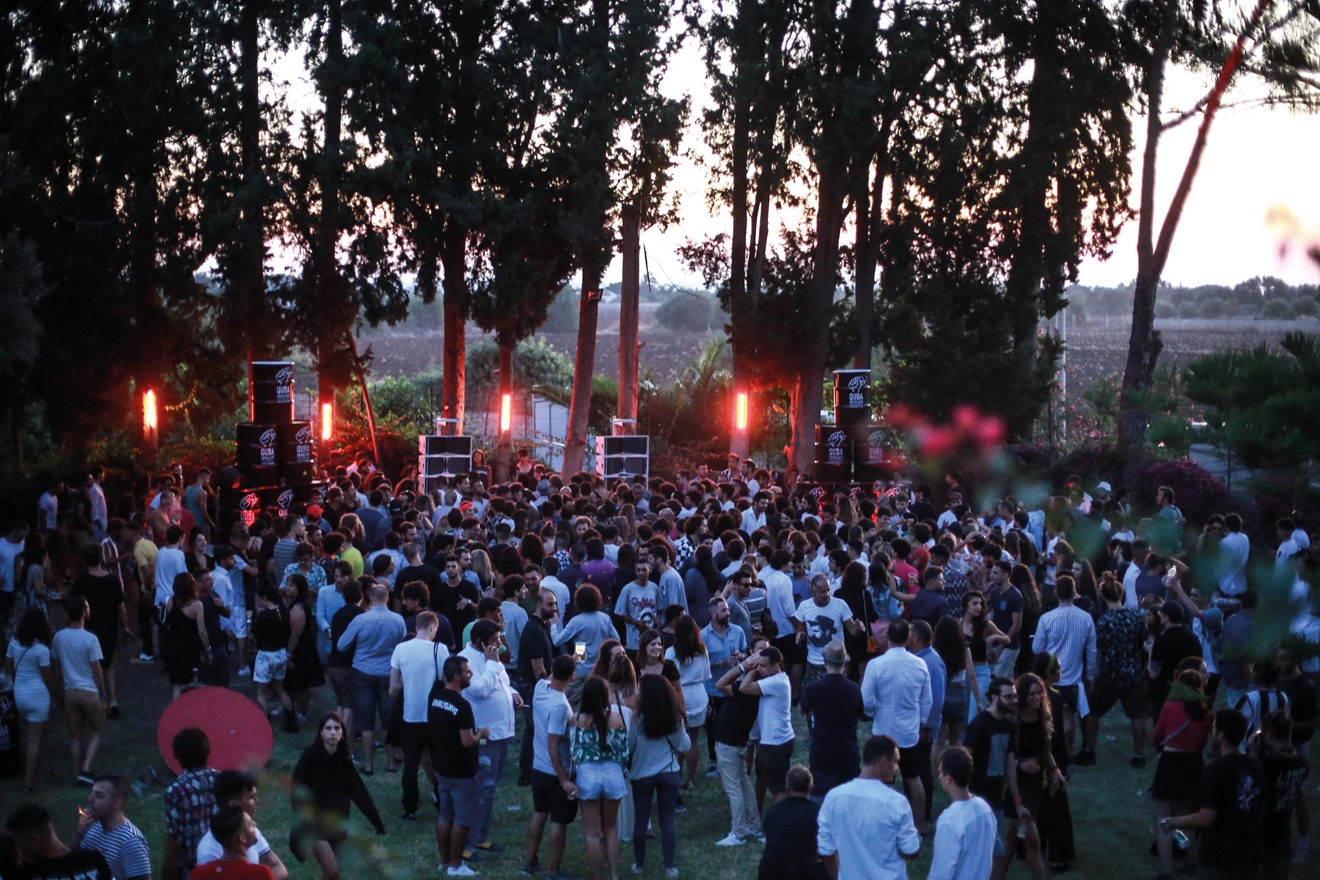 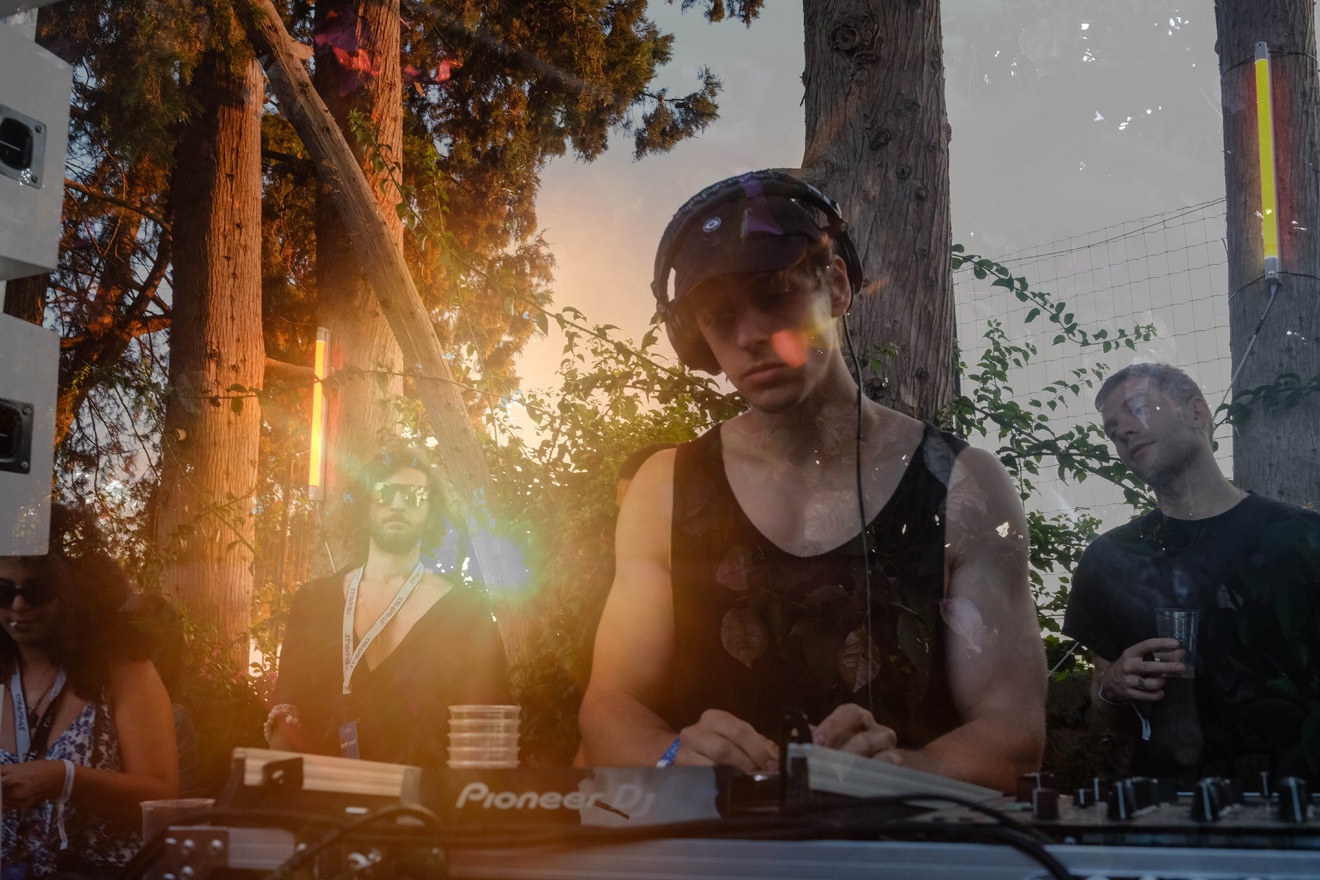 Enrico’s music programming aims to reflect the melting pot of cultures that this part of the Mediterranean has always been, from Syrian icon Omar Souleyman and his winding, twisting keys to Deena Abdelwahed’s synthesis of footwork and other electronica with more traditional Tunisian sounds to the looping urgency (and Moroccan influences) of James Holden’s psychedelic brass section The Animal Spirits. There are no hard and fast rules, though: the bill tonight just at this one arena is as varied a grab-bag as Ortigia’s architecture, with selfie queen Bad Gyal, Hot Chip Soundsystem (ironically, slightly plagued by soundsystem problems, but as thrilling as ever) DJ/showman Jerreau Vandal and Irish selector Or:la all involved.

It’s afterwards, though, that we see a different side to OSS. Come 1:00AM much of the crowd piles into taxis to head about 20 minutes inland, past slumbering farmland and orange groves, to the afterparty. Well away from the tourists and culture of the city, held in the grounds of a villa the festival calls KMO, this is where things go up a gear as a crew from the brilliant Whities Records (Tasker, Nathan Micay and Marcin OX) take over the decks for a sprawling rave that lasts ’til dawn and beyond. It’s messy and loud and banging and miles from anywhere, but as the sun rises to cast a peachy tinge over a landscape of golden fields, stone walls and blooming oleander trees, it’s clear there’s no escape from the beauty of Sicily.