The sun is warmer, the days are longer and it’s that special time of the year, day party season! In New York City each weekend from May to late September any and every outdoor space becomes an outlet for creativity and entertainment. There are plenty of options for a proper dance, but choosing where to go isn’t always easy.

Starting the day at ReSolute for a rooftop party at 9 am is an enticing option, but so is hanging with 5000 dreamers at All Day I Dream or discovering a new favorite artist while cruising the Hudson with ebb +flow. Maybe the day calls for a serving of soul music at Makossa Brooklyn Cookout or funk-infused disco with Tiki Disco. Not to mention the various pop-up parties; the possibilities are only limited by the imagination.

That said, day parties are about more than the music. They’re about delivering a unique atmosphere and each promoter has their own style. From Burning Man decompression parties like ZERO, to concerts inside art exhibits at MoMA PS1, events where cool street style prevails and others that harken back to the old-school house music era, day parties aren’t just a chance to unwind but also to be inspired.

Here are the promoters and venues whose parties embody the spirit of the summertime in New York City: 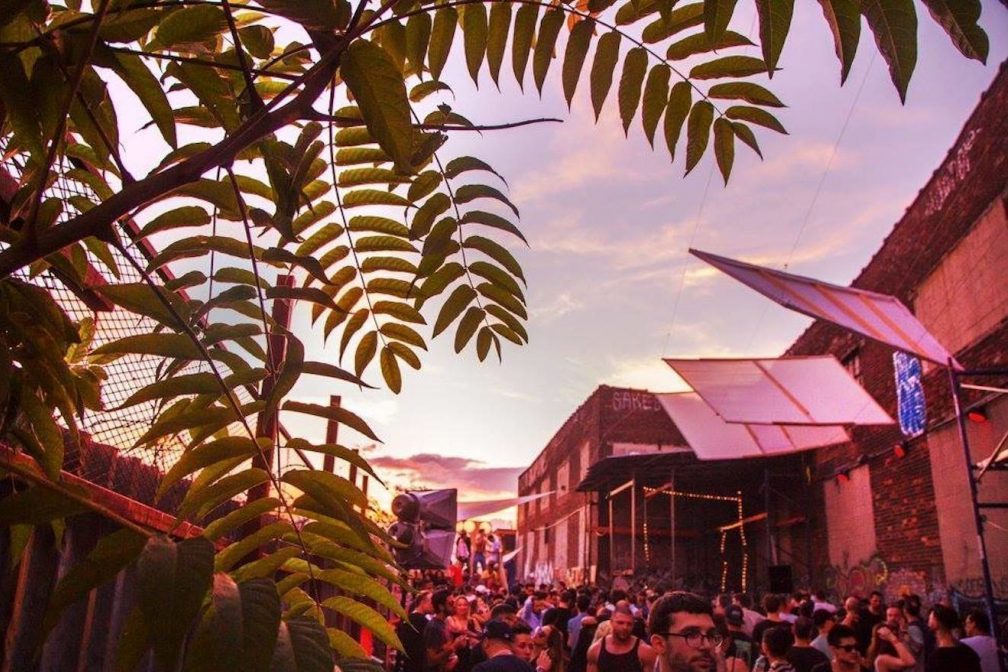 When ReSolute’s impromptu rooftop session in April is announced, it signals that day party season in NYC is finally here. It’s what we’ve come to expect from the underground party series. They’ve earned a rep for putting on marathon style raves and after-hours gigs in spontaneous locations and is currently one of the local scene’s most coveted events.

ReSolute does have an official day party schedule and they’re kicking it off by collaborating with Output for ReSolute on The Roof. The May 14 event marks the opening of Sundays on the Roof, a weekly series at the Brooklyn club. At the inaugural launch in 2014, ReSolute was there to curate as well. Leader of the ReSolute crew Nektarios Ioannidis shares further details: “It was supposed to be the ‘soft opening’ of their roof as a test, but it was anything but soft. It was an amazing event, looked like a riot was happening around the booth”.

On May 14 Dyed Soundorom of Apollonia will be joined by Kalabrese as well as residents Orazio Rispo and Lauren Ritter.

As for the rest of the day party schedule stay tuned; Ioannidis uses a spontaneous approach: ”The weather inspires me to come up with these events the week of, I surprise myself sometimes”.