I’m wearing a navy Dickies two-piece today. It’s a workwear jacket and trousers. I like it because it’s loose and it gives me more space to manoeuvre. I need to be comfortable and I feel like I’m ready to get something done. 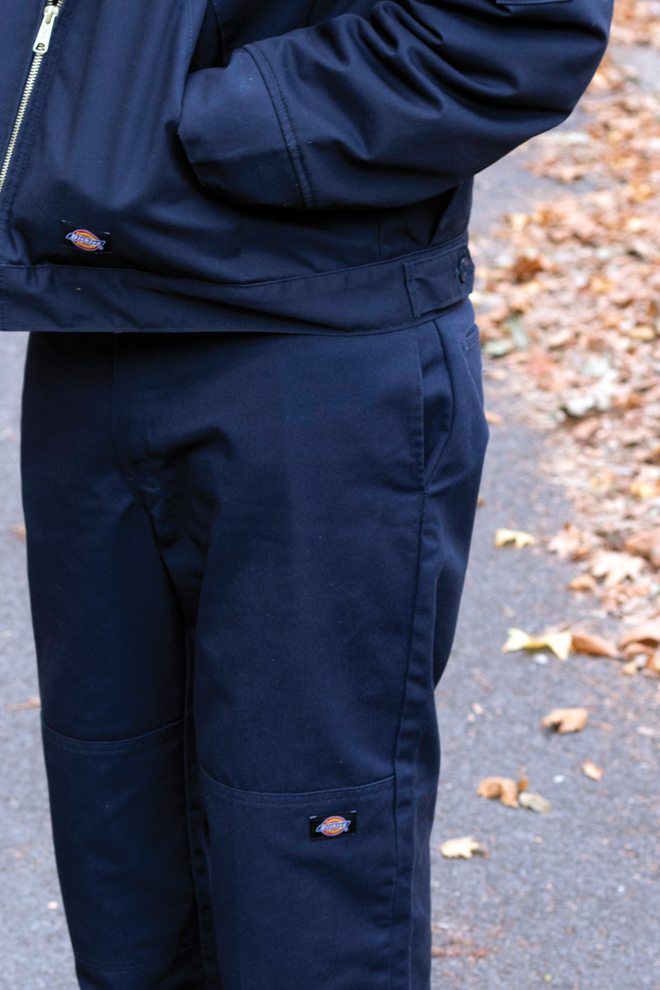 Lewisham’s definitely affected how I dress – but I think I’ve affected how people in Lewisham dress, too! If I grew up in Oxford I’d probably dress differently, but my fashion and the way I talk and move comes from where I’m from.

I used to love wearing combats when I was young. It was a real ends ting. Year 6 all the Lewisham and Peckham boys used to rock combats. Always black or khaki. Never camo.

I’m heavily inspired by the West Coast and this is quite a West Coast look. I was just in LA. It’s my favourite place in the world to shop. I usually just go to a Swap Meet (a flea market) there.

I’ve got a Jheri curl at the moment. I had an Afro, then everyone told me I should get a hi-top. Back then only me and Tempa T had hi-tops. The Jheri curl’s a West Coast look. I’ve heard a few guys diss it but I knew if I tried it, it would look good. 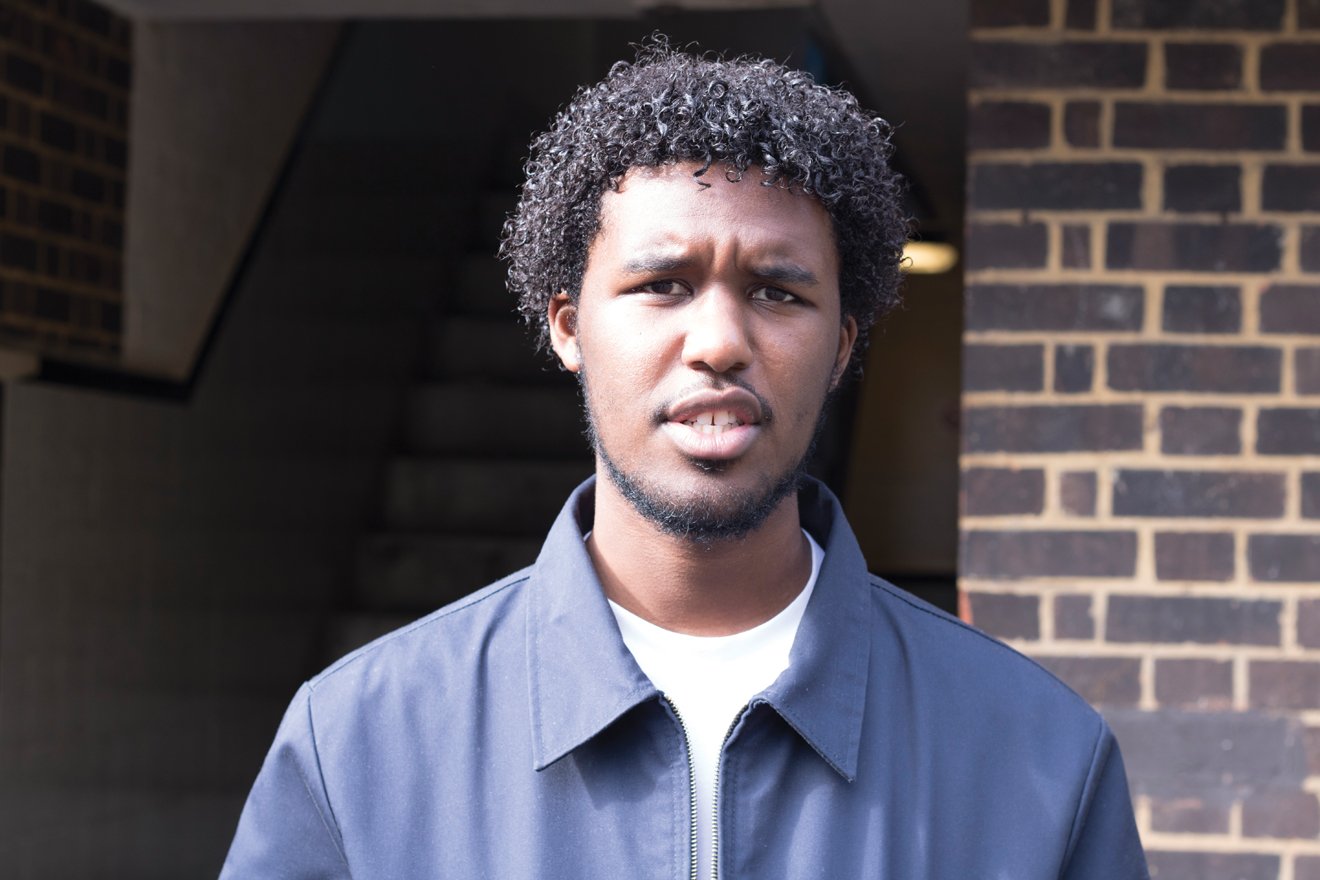 I’m not a brand man. I just buy clothes because I think they look sick. I’ve never really been a follower of brands, apart from maybe Nike. Nike has consistently put out a lot of clothes I like, but obviously that’s sportswear and not a high-end brand. I’ll pop into high-street stores or if I see something I like on the market I’ll grab it.

I dropped a collaboration with the label Joy Rich last year and I’m working on my own designs at the moment. I don’t want to give too much away but people know I like to keep things nice and baggy. I’m hoping to drop some small capsule collections soon. I find collaborating on clothes more expressive than music. It’s more honest. You can’t lie when it comes to style.

I’ve got so many trainers but I went into my trainer room today and thought these deck shoes would go with what I’m wearing. They were a gift, but I’d definitely buy them myself. 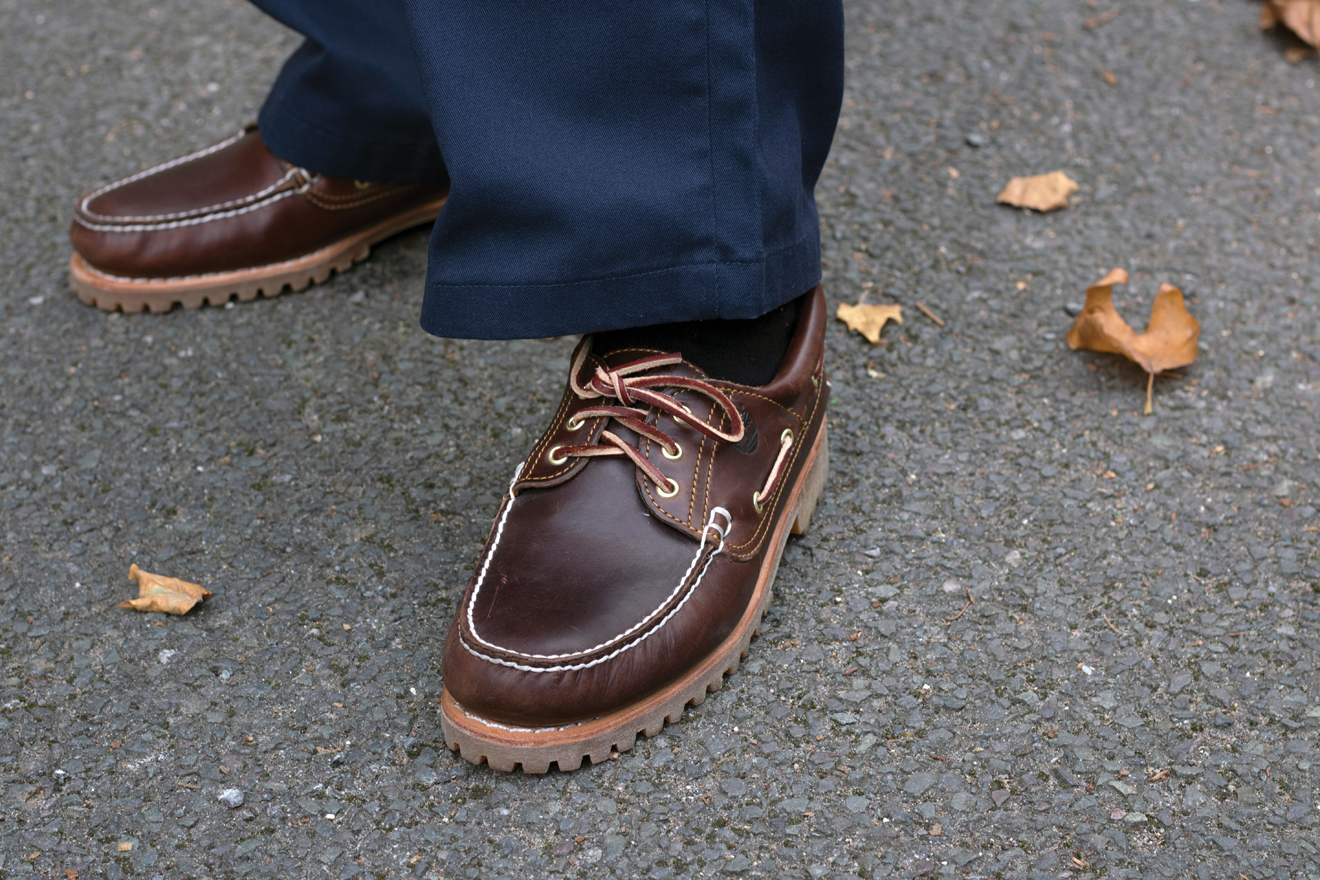 Now I’m working on my own [clothing line] I’ve got to do all the hard stuff like get contacts and get it all into production. But once I’ve done it, I’ve got those relationships for life.

When I first started in 2014 I was doing the tracksuit thing because it was convenient and affordable. I like to keep things simple and plain. Underneath this I’m rocking a white Dunlop T-shirt from Sports Direct and I’ll usually be wearing that under a tracksuit top and bottoms.


This feature is from the December issue of Mixmag