While grime’s ongoing renaissance has seen the sound develop a global reach and appeal, the scene’s big names still largely emerge from the London hub that birthed the scene. But cast your eyes outside of the capital, and you’ll find thriving grime scenes pocketed in all corners of the British Isles. 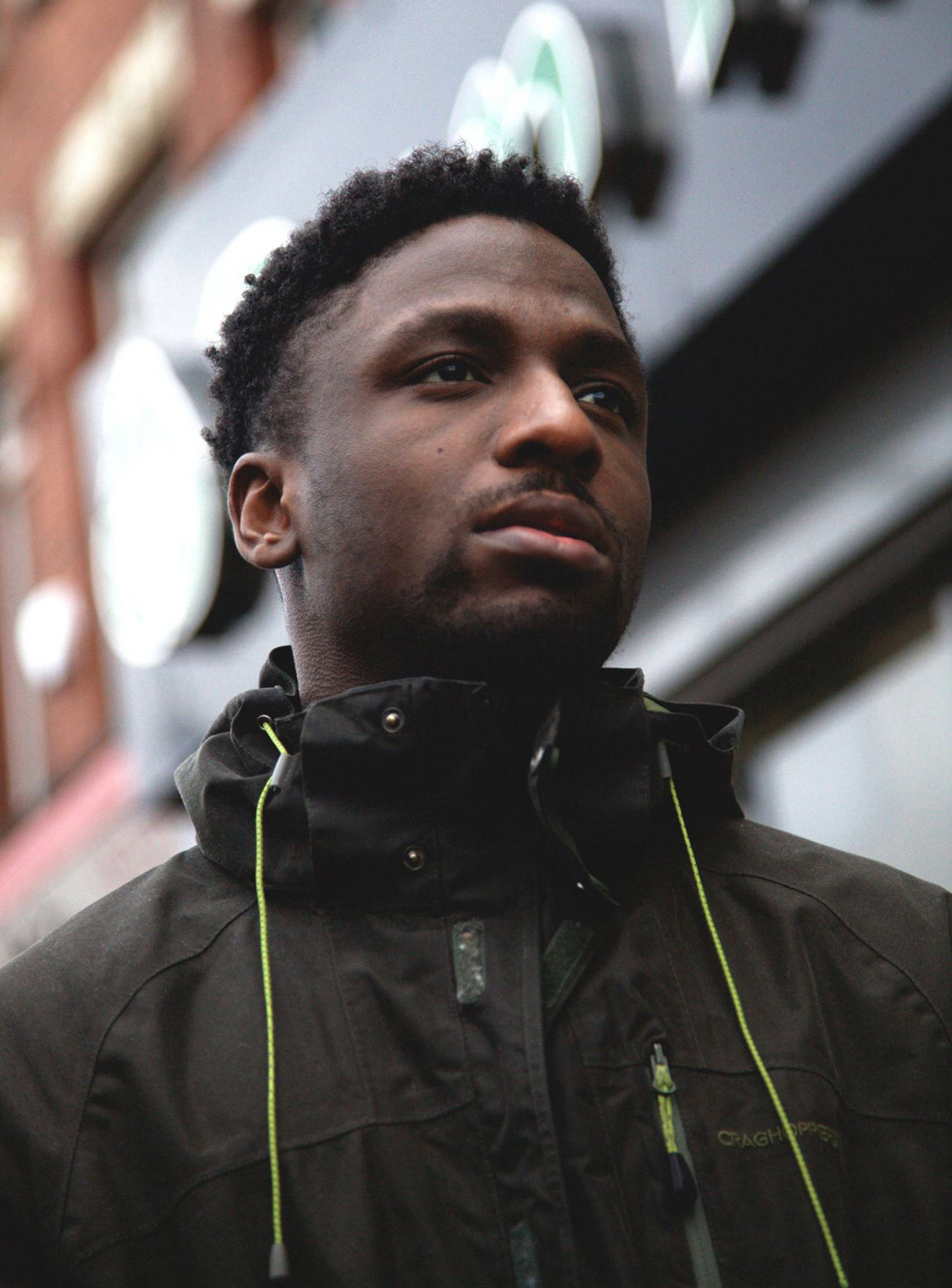 The rainy city has a history of cultural exchange with grime, Wiley and Skepta spending time there during the scene’s first wave. “This is my second home,” Skepta told grime historian Hattie Collins at a 2015 RBMA lecture. He also name-checked Manchester MC Slay on a freestyle recently, though so far only Bugzy Malone has broken into the mainstream since grime’s rebirth, arguably capitalising on a 2015 beef with London MC Chip. “It’s a lie that there’s a blueprint,” says 26-year-old Slay. “If you follow one person and do what he did it don’t mean you’ll get to that position.” 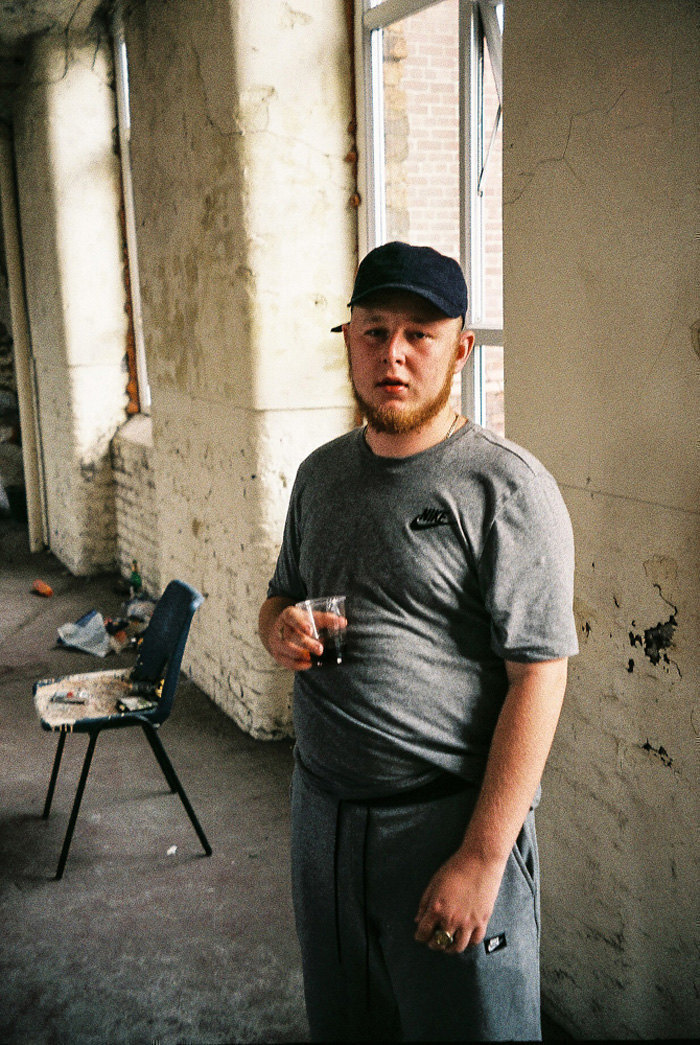 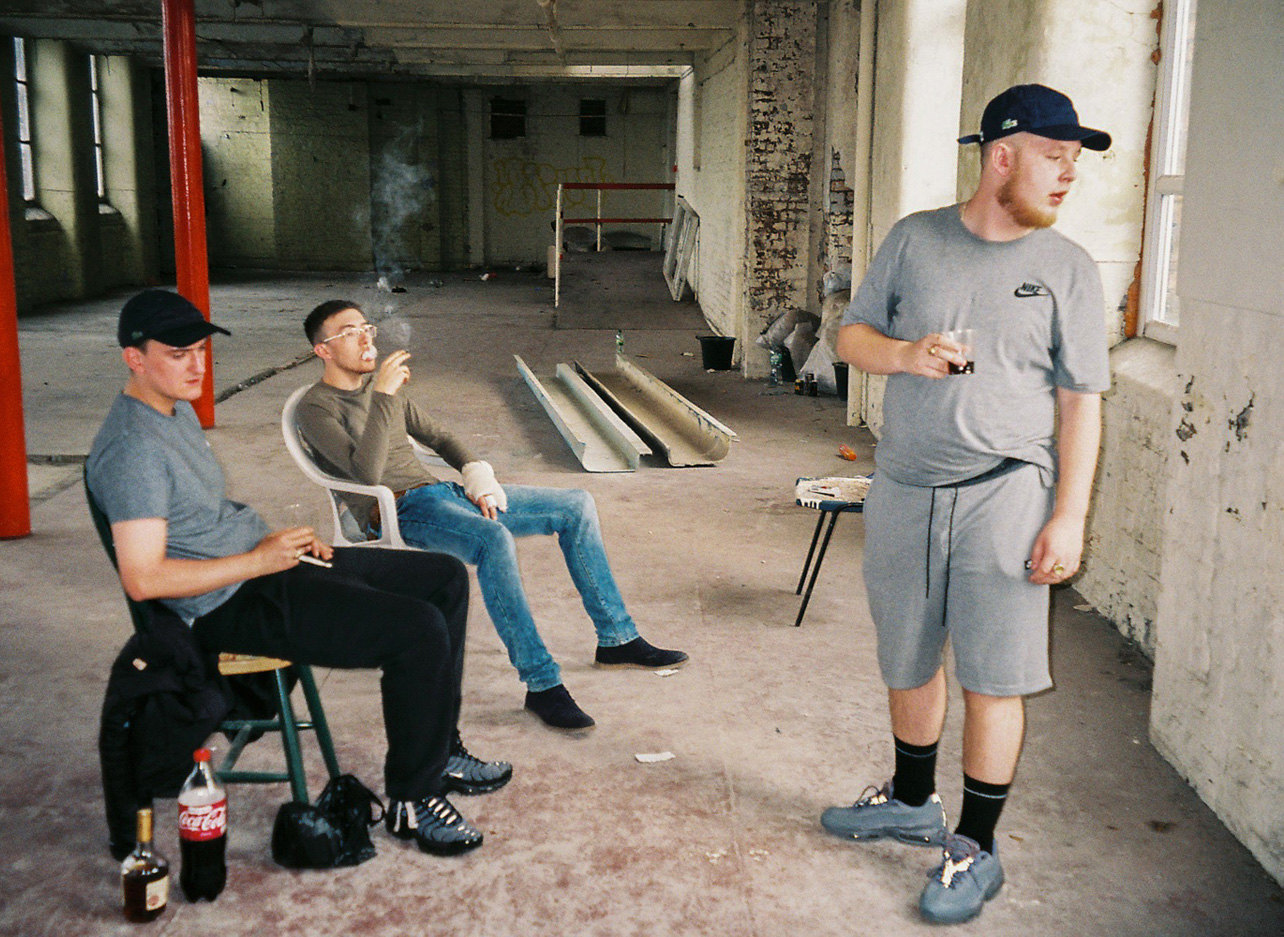 Blackley’s 22-year-old newcomer Fumez claims the lack of local breakout stars is also down to self-sabotage: “[they] didn’t wanna spit in a Manchester accent; they felt like they had to spit in a London or Birmingham way.” But Fumez’s bars are imbued with a distinctly Northern, kitchen-sink realism: “I like to think I stand for something... I don’t believe in trying to escape your surroundings,” he says. Originally part of the Mayhem crew, Slay is at the start of what’s set to be a fruitful renaissance. “I couldn’t have any other sound than a Manchester sound,” he says. “There’s no such thing as an outsider.”

When 19-year-old Shogun’s lyrically dexterous anti-establishment track ‘Vulcan’ went viral, many YouTube commentators reacted as if it had come out of nowhere. But the Scottish grime scene has been steadily growing for over a decade, the Levels crew solidifying their operations through a year-old online radio station, LVLS. The collective’s newest members, 19-year-old producers Rapture 4D and Polonis are pioneering a darker, more leftfield sound, while Shogun and his crew MFTM (Mans From The Mainland) are keen to distinguish themselves from the ‘conscious hip hop’ of a previous generation of Scottish rappers. 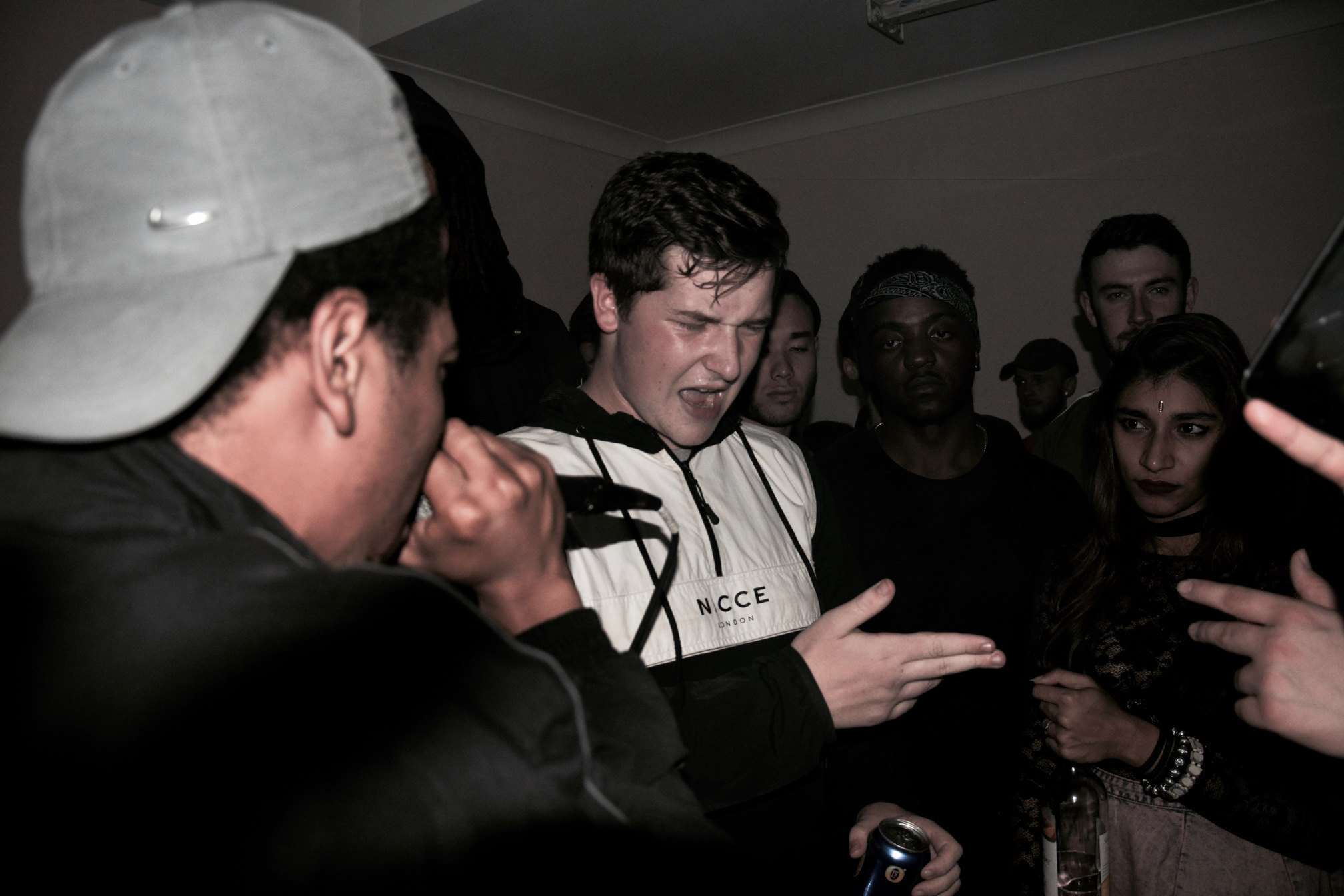 “In the past it’s been unbearable... you’d feel like you were getting lectured on Scottish politics,” Shogun (pictured) tells us. Indeed, there’s a real disregard for the past and for the mainstream, Shogun putting it like this: “Why do we need to rap about how hard our life is? Everybody has their stories. I just want to write about the new shit that’s happening.” What’s also distinctive about the Glasgow scene is its focus on pushing the boundaries of what fans understand as grime. Levels founder Gallus One, 33, believes artists’ growing visibility “has matched the recent rise in interest in Scottish grime culture as a whole”, meaning the future looks good for new acts coming up. “And while LVLS is not just a grime station it’s provided a great platform at the right time,” he says, relieved all his hard work is paying off. 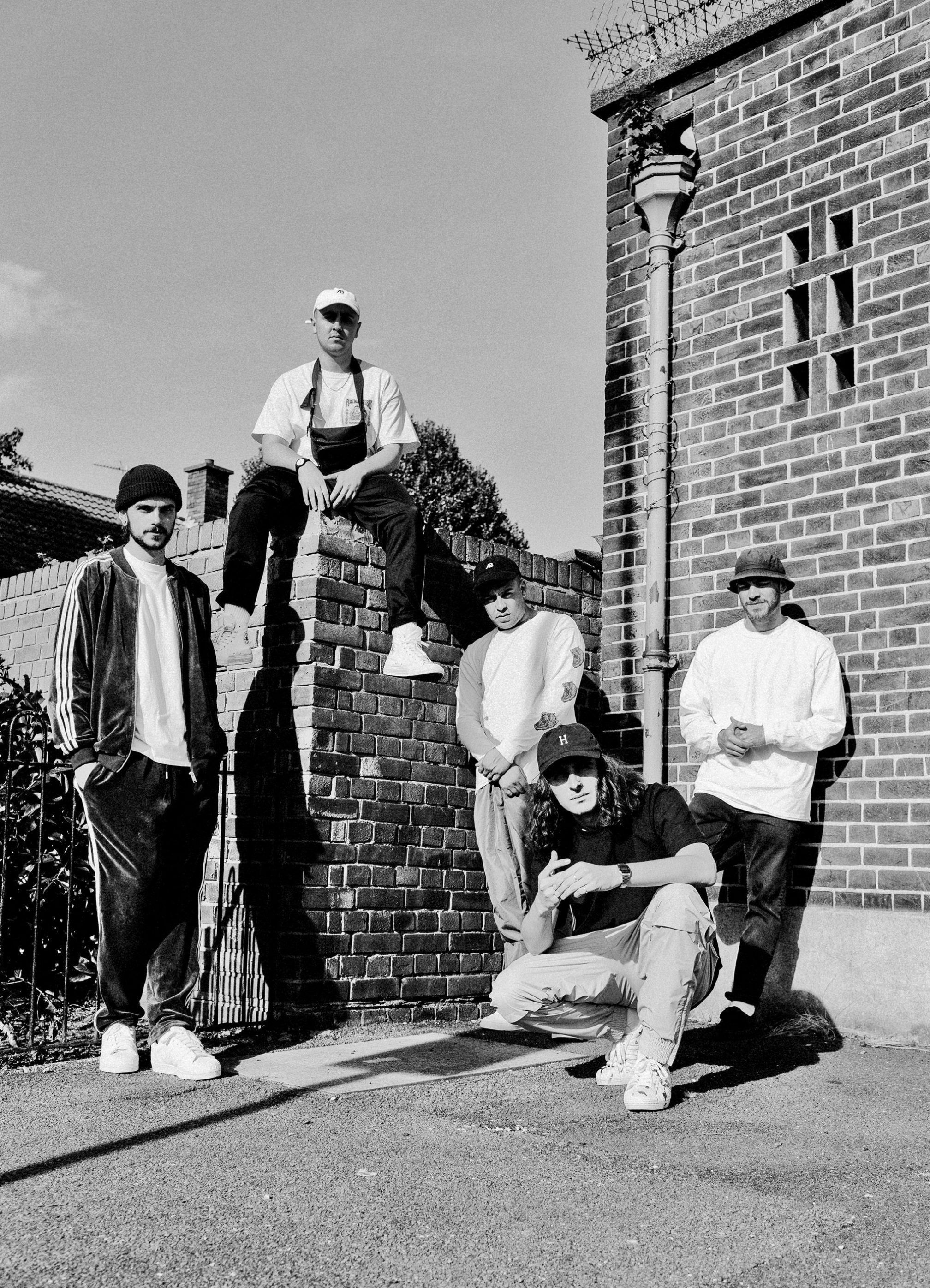 When it comes to grime in the Welsh capital, one act that have had it down for time. Forming in 2012, Astroid Boys (pictured above) merge punk and metal influences from their early youth with grime beats and lyrics, and you’re as likely to find them in the pages of Kerrang as on 1Xtra. On a recent Radio 4 documentary, frontman Traxx explained how Cardiff’s multi-culturalism inspired the mix of Welsh and patois used by the band. Nevertheless, a small-town mentality prevails in the city’s music circles. “MCs don’t really back each other,” he says. And while their hybrid sound has impressed connoisseurs, Traxx says the crew aren’t looking for validation from the scene’s gatekeepers. “Just ’cause grime came out of London doesn’t mean we need them to qualify whether we’re good or not,” he says. 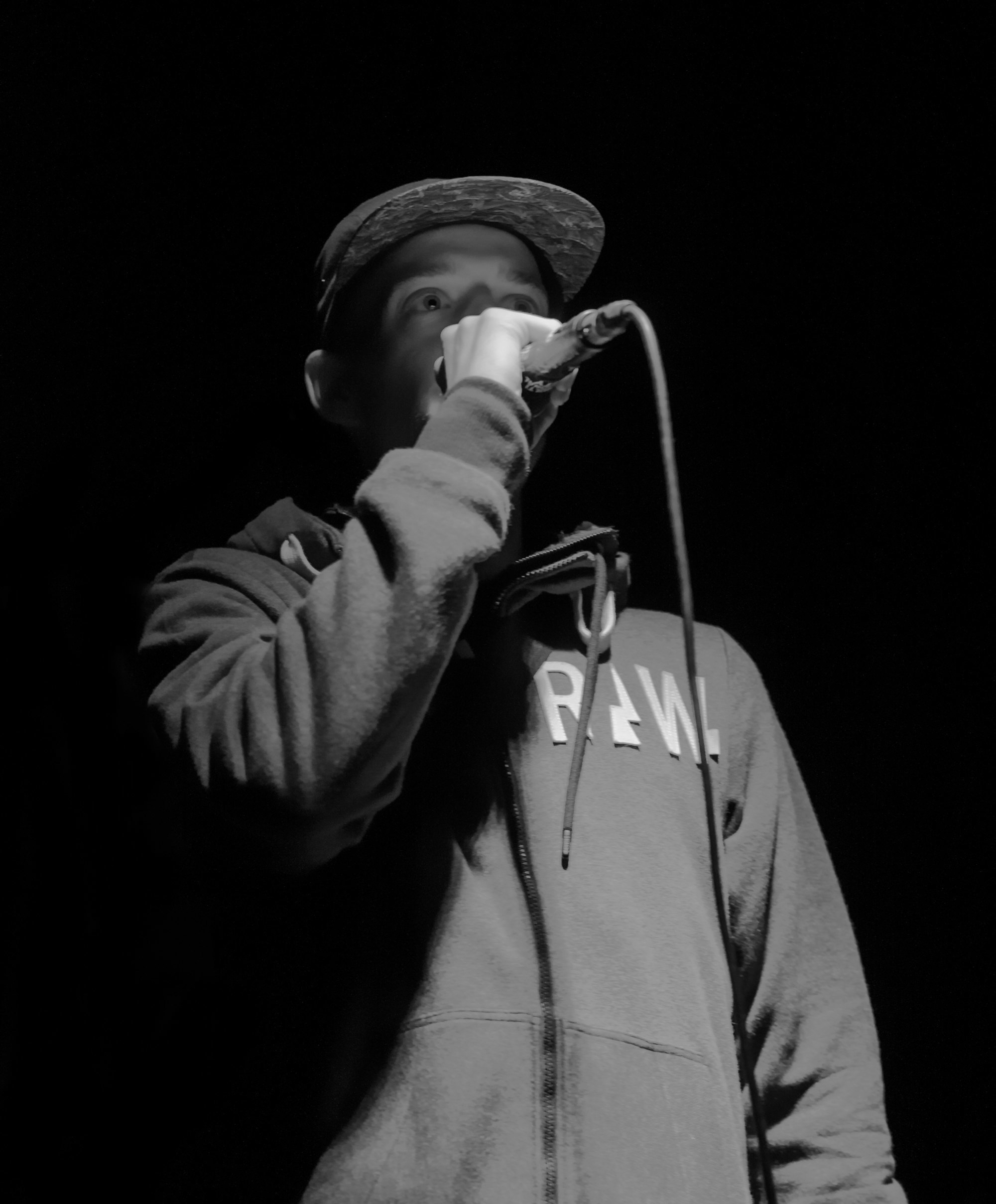 Mr Traumatik, 32, an MC whose blend of grime and dubstep earned him a cosign from Birmingham’s Devilman, agrees that grime coming from outside the capital shouldn’t be considered ‘other’. “That type of segregation is detrimental to the growth of the culture. The best grime artists I know aren’t from London,” he says. Despite a lack of support from local promoters and radio stations, he still makes a living from music. “The internet lets artists reach all corners of the world.” 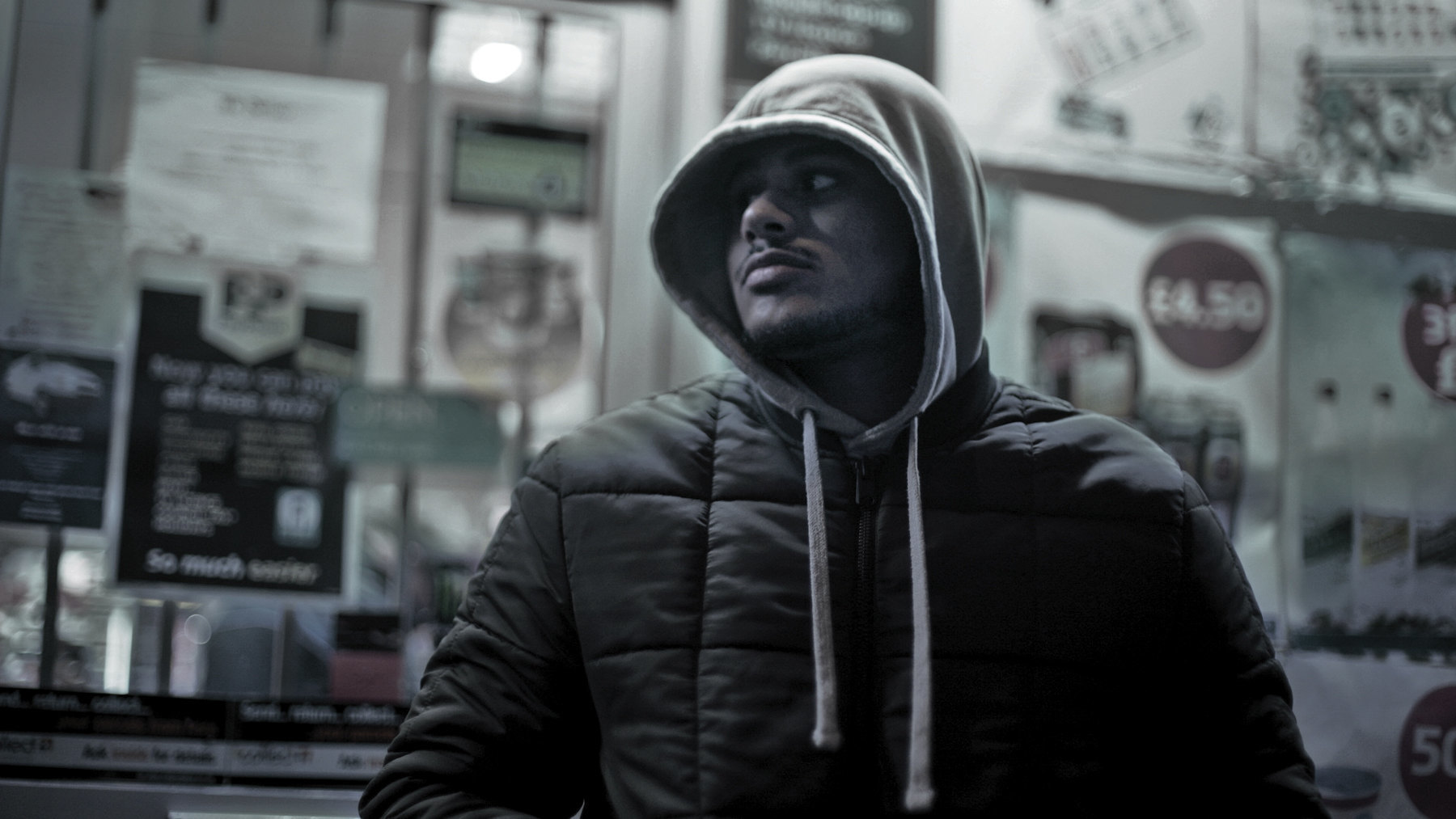 It doesn’t take long to sense an under-current of frustration when talking to MCs from Wolverhampton. “Wolves is one of them negative places,” says 21-year-old MC Jinx Touchwood, summing up the lack of pride in his home town shared by other MCs Raider, Reepa and Vital. “In a way it’s nothing special, just another hood in England.” Ten years ago, 22-year-old Reepa would go to Springaz youth club where he’d be inspired by crews like Outlawz, Higher Stakes and Lydian, and the community feel such places fostered. But artists from Wolves were lumped in with neighbouring Birmingham, and the local scene fell apart. 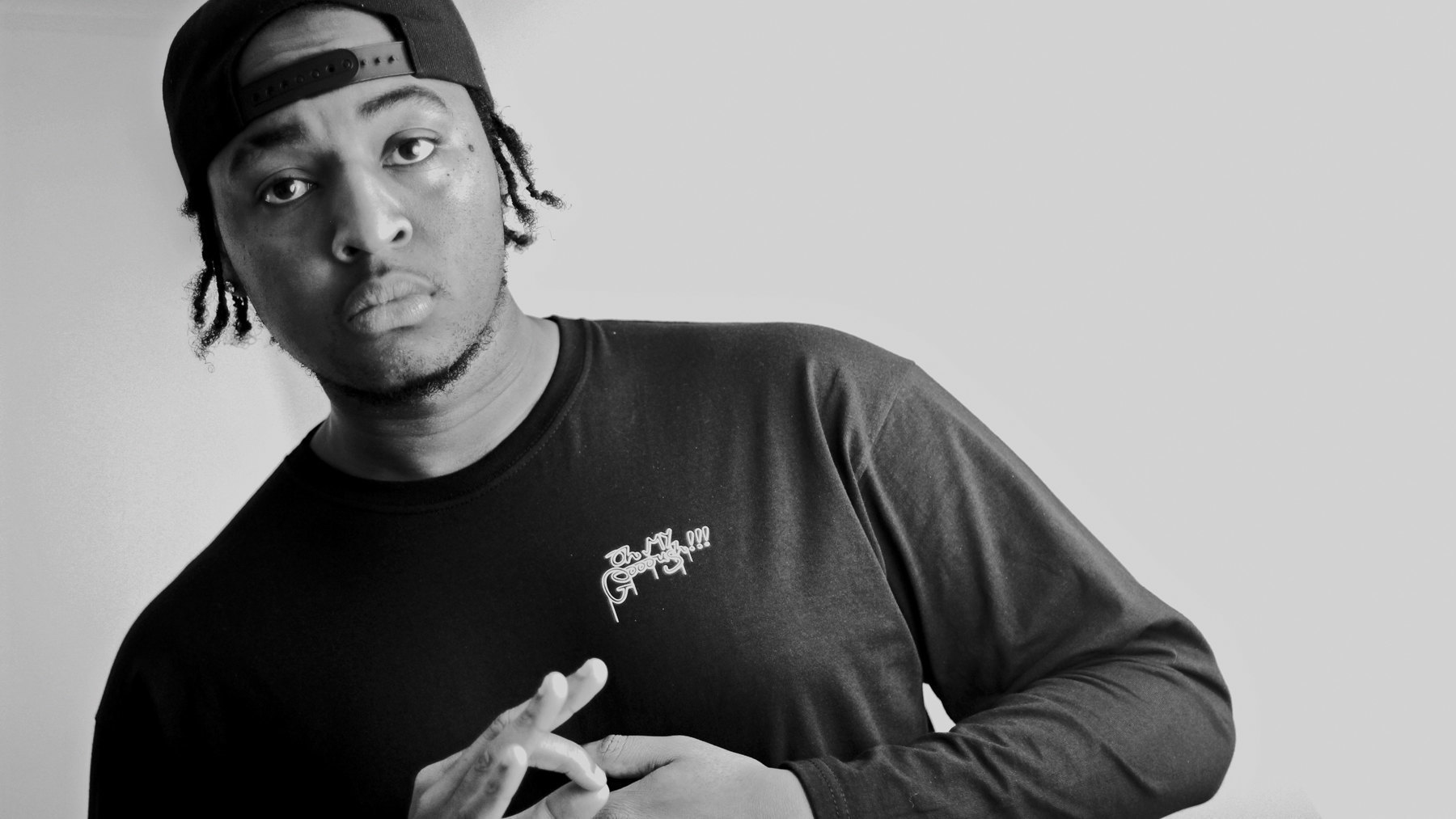 “If you wasn’t from London it was virtually impossible to make it,” recalls 26-year-old Raider, who was part of the Higher Stakes crew. But now the lack of local specificity that characterises Wolves artists’ approach to wordplay reflects the style of a new cohort of stars focused on global success – so conditions are ripe for the Wolves MCs to finally break through. They’re inspired by what’s going on in similarly sized towns and cities. “These scenes are popping off because you don’t need a physical place any more,” Vital explains. “Anyone can be sick anywhere now.” “There’s more artists now from Wolves, and the mainstream channels are putting us on so it makes sense for us to work together,” Reepa continues. “If all the Wolves are howling they’re gonna hear us.” 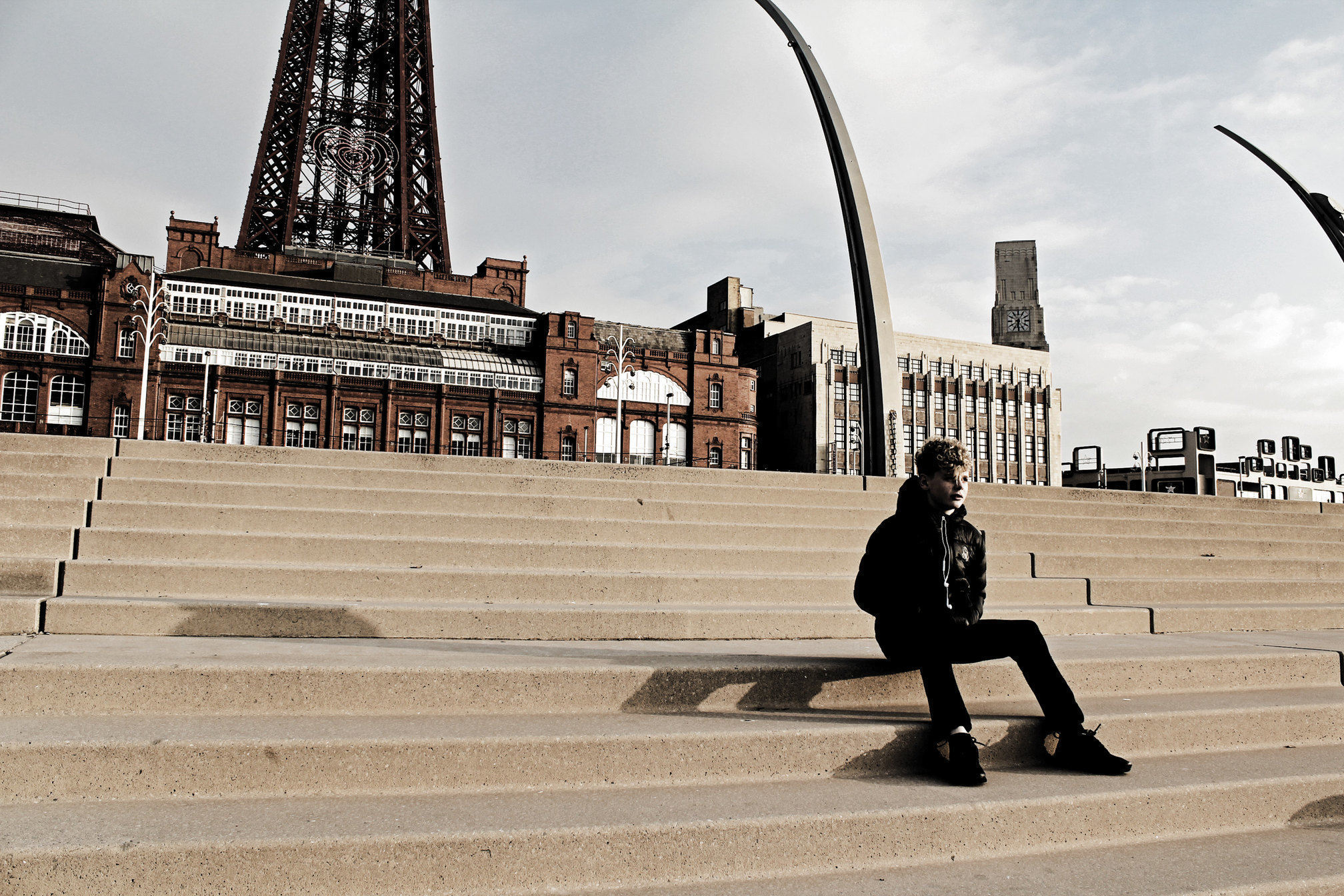 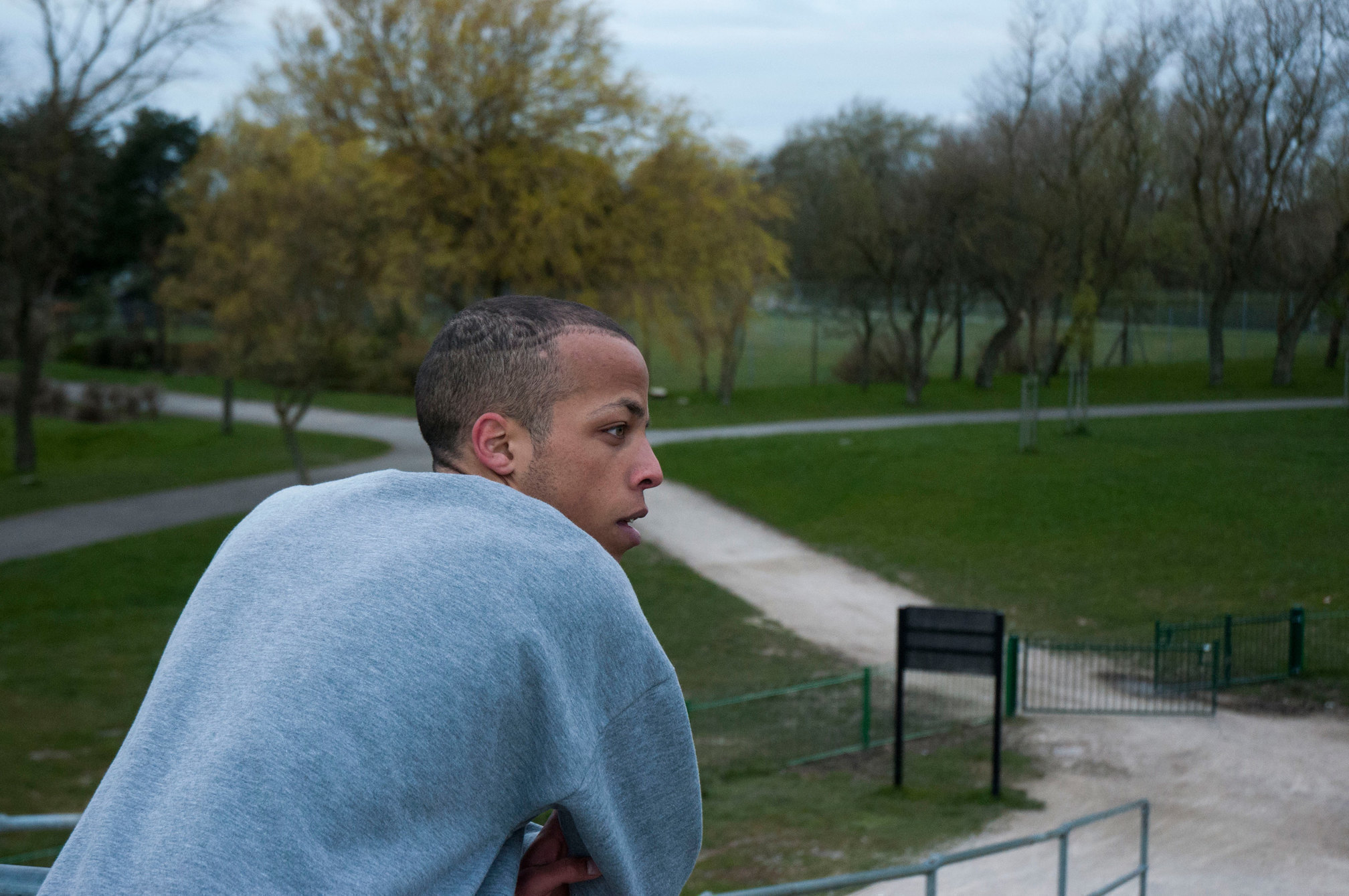 “They’re noticing us,” declares Little T, an angelic-looking 13-year-old MC from North Blackpool’s Brunswick. While the grime scene here may be somewhat sneered at for its reliance on creating controversial YouTube send-and-reply clips over well-known tracks, rather than creating original music, it’s certainly got them attention. The online beef between teens Little T and Sophie Aspin got heavyweights JME and Stormzy talking, and even became the subject of a documentary. And what the scene lacks in finesse it makes up for in growth. When we catch up with Afghan Dan, one of the only non-white MCs in Blackpool, he’s excited: “I’ve accepted three bookings today,” is the first thing the MC otherwise known as Danny Martin says. “I feel like I’ve got an idea of my own self-worth now,” he continues. “Since the documentary I’ve had a lot of people who didn’t really like me say they rate me.” The 2016 film also had a positive effect on the reputation of Little T, whose acerbic wordplay earned him the title of ‘Internet’s cringiest kid’. “People feel like I’ve changed,” he says, “and now I just want to get on with making proper music.”