“You have to keep in mind the economic differences,” explains Alberto when describing the difficulties NAAFI face on their home turf. They are still a niche collective up against the Mexican club scene that at times makes it hard for them to operate. “Young people in Mexico City don’t have consumer power to spend on nightlife,” explains Alberto. “Here in NYC everybody puts on a party with whoever is around. You can have a beautiful line-up with friends who are just passing through. But getting good contemporary talent to come down to Mexico City is a big investment. What NAAFI is doing is investing money to fly out artists from other parts of the world. Not many media outlets or other peers that we have internationally understand what it means for us to take the risks.”

Along with bringing artists like L-Vis 1990 and Kingdom over to Mexico, NAAFI are redefining the scope of ‘Latin’ dance music culture, shrugging off the usual clichés associated with it. As Alberto says, “we want to separate ourselves from the stereotypical ‘Latin’ connotation or vocabulary. For most people, if they see a party coming from Latin America, they think of palm trees and cumbia and the usual references. That wasn’t the case for us; it wouldn’t make sense.”

Although NAAFI began as an outlet for crew members to exhibit music they found creatively fascinating, it indirectly served as a channel for locals to enjoy themselves at a time when the outside world was severely struggling. The drug war in Mexico has had a significant impact on the whole country, but with regards to NAAFI’s scene, the authorities placed a strict focus on curtailing the youth and nightlife communities. 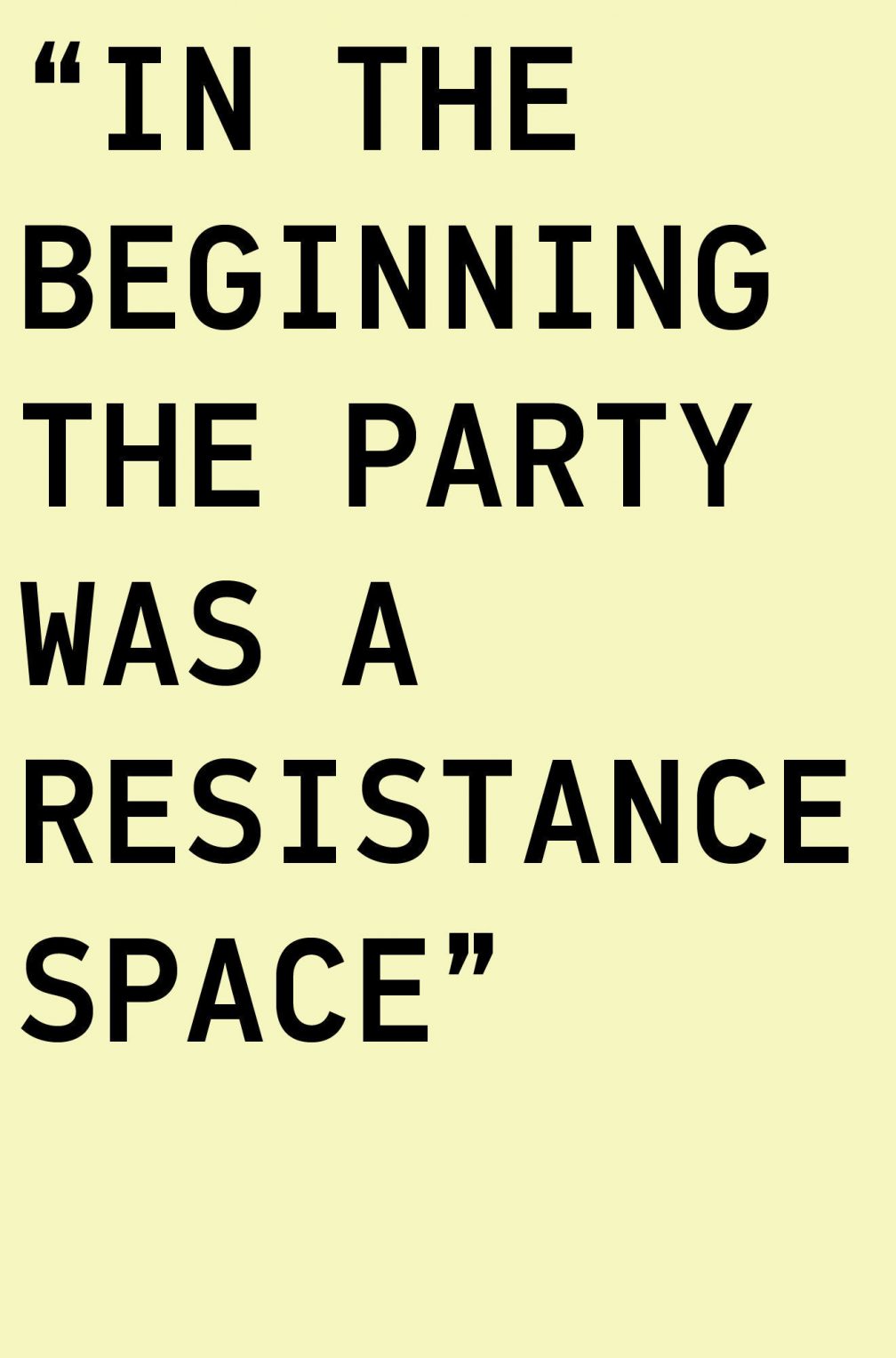 “It was a very hectic and politically charged social situation for the country,” says Alberto. He recalls a time when the NAAFI crew had to scour the city for safe venues. ‘Mexican Jihad’, which is Alberto’s moniker, is a result of that climate. “We were experiencing a full-on drug war, which was essentially a war on young people. This whole narrative of a drug war was really against nightlife, youth cultures and entertainment. In select cities people were not allowed to go outside past 8pm because of a curfew and this was happening all over Mexico. So in the beginning the party was a real resistance space.”

Strict laws meant certain styles of music weren’t allowed to be played in clubs because they were thought to attract unsavoury people. NAAFI defied these rules, taking to the gritty underbelly of Mexico City to throw their parties at run-down locations that only added to their raw motif. “The parties became more politically charged,” explains Alberto. “It wasn’t necessarily intended, it was more of a reflection of what was happening in our environment. We wanted to create an atmosphere for people to have fun without restrictions.”

Asked to describe a typical party, they pause. Paul and Tomás look to Lauro and Alberto, who gaze back at them. It’s clear this is not something easily put into words. Each NAAFI event tends to take on a life of its own, but a common theme is a dark atmosphere in an abandoned building, construction site, basement or underground club. Lauro describes the atmosphere as hot, sweaty and energetic with bass tones you can feel deep in your chest, while Alberto simply says they’re “very sexy”. They all agree their parties are intense, but say they have a welcoming atmosphere that promotes diversity. Attention is paid to the community aspect, bringing like-minded people together in an environment where they feel safe to express themselves. Those are the core values of NAAFI. 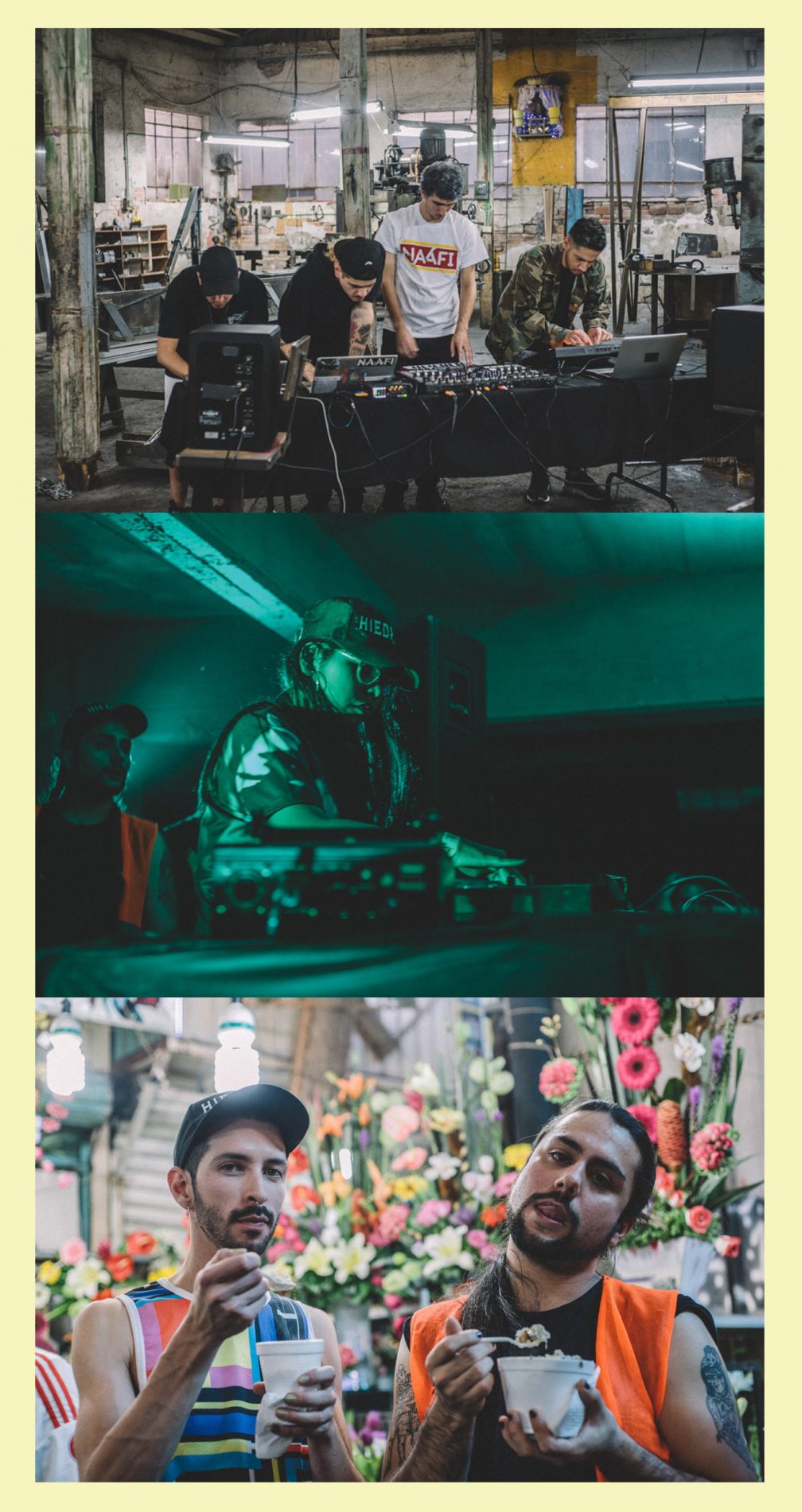