Mr. G: "I want to be the guy who's still a firework" - Artists - Mixmag
Home Latest News Menu

There can be few more extraordinary life journeys than the one taken by Colin McBean, a man today revered for his raw, punishing house and funk-fuelled techno weapons. Forty years ago he was selling soul tunes in his home town of Derby while training to be a chef, before heading to fashion college and eventually working for a number of top designers. Then he formed The Advent with Cisco Ferreira, one of the most lauded techno acts of the late 1990s. The relationship ended with some acrimony, but launched the next phase of Colin’s career as Mr. G, a producer who makes records that grab you by the throat until you submit. Since then, he’s recovered from a near-fatal heart attack, put his career on hold for a dying friend and discovered the restorative power of yoga and meditation; oh, and the charms of the family Bedlington terrier, Florence, with whom he and his wife share a home in a quiet Leicestershire market town. It’s in a studio there where, sometimes very noisily, the magic is still happening – including his latest album. 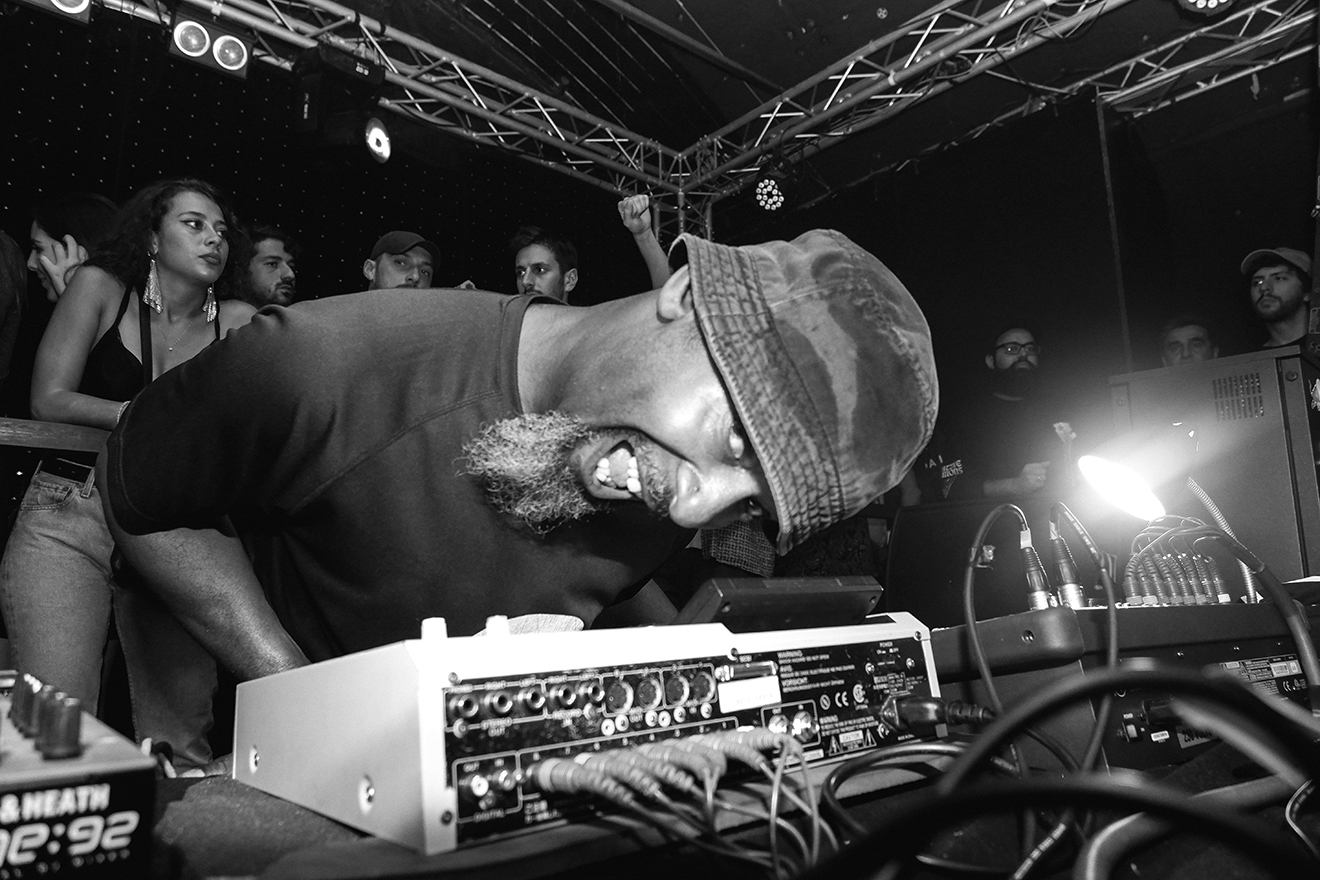 On the secret of maintaining relevance

“It’s about hunger. I’m a digger. Every Thursday I go to London to buy records, sneakers, art, clothes. At 58 I’m the oldest swinger in town at a club. But I don’t ever want to be like those people above me who are stars, but aren’t at their best. I want to be the guy who’s still a firework [punches the palm of hand rhythmically]. On it. Tight. Dancing, doing, destroying. And that takes work. I have that hunger more than ever.”

“Growing up in Derby we had a sound-system up the road. It’s what pulled me into music. In those days it was about the shebeens [illicit Jamaican house parties]. I was too young to go in at first, but I had to take a look – men and women of all ages, there for a bit of rum and to hear great music. We would set up in different houses and you’d learn where to put the speakers for frequency, where to put the stack for protection. It gave you discipline of the art form. If you weren’t good, it was brutal: you wouldn’t play again. That was you done! You were the last one out of the house afterwards, because you were the one who had to carry the speaker box into the lorry and back to the warehouse before you could go home.”

Read this next: 28 photos of sound systems through the ages

“I used to buy records in R.E.Cords in Sadler Gate, Derby and eventually they gave me a job. I was seventeen or eighteen at the time. It was the best part of my life. Saturday mornings the US import box would come in and you’d open it. It’d be, say, a McFadden & Whitehead promo and I’d be like, ‘I’m taking two of these’. You’d have a queue of people and you’d play them and the first person to put their hands up gets it. It’s always been like that. Go to Jamaica and that’s how they’d buy seven-inches too. The older guys, they know within the first couple of bars. It’s how I got the knowledge about digging for records.” 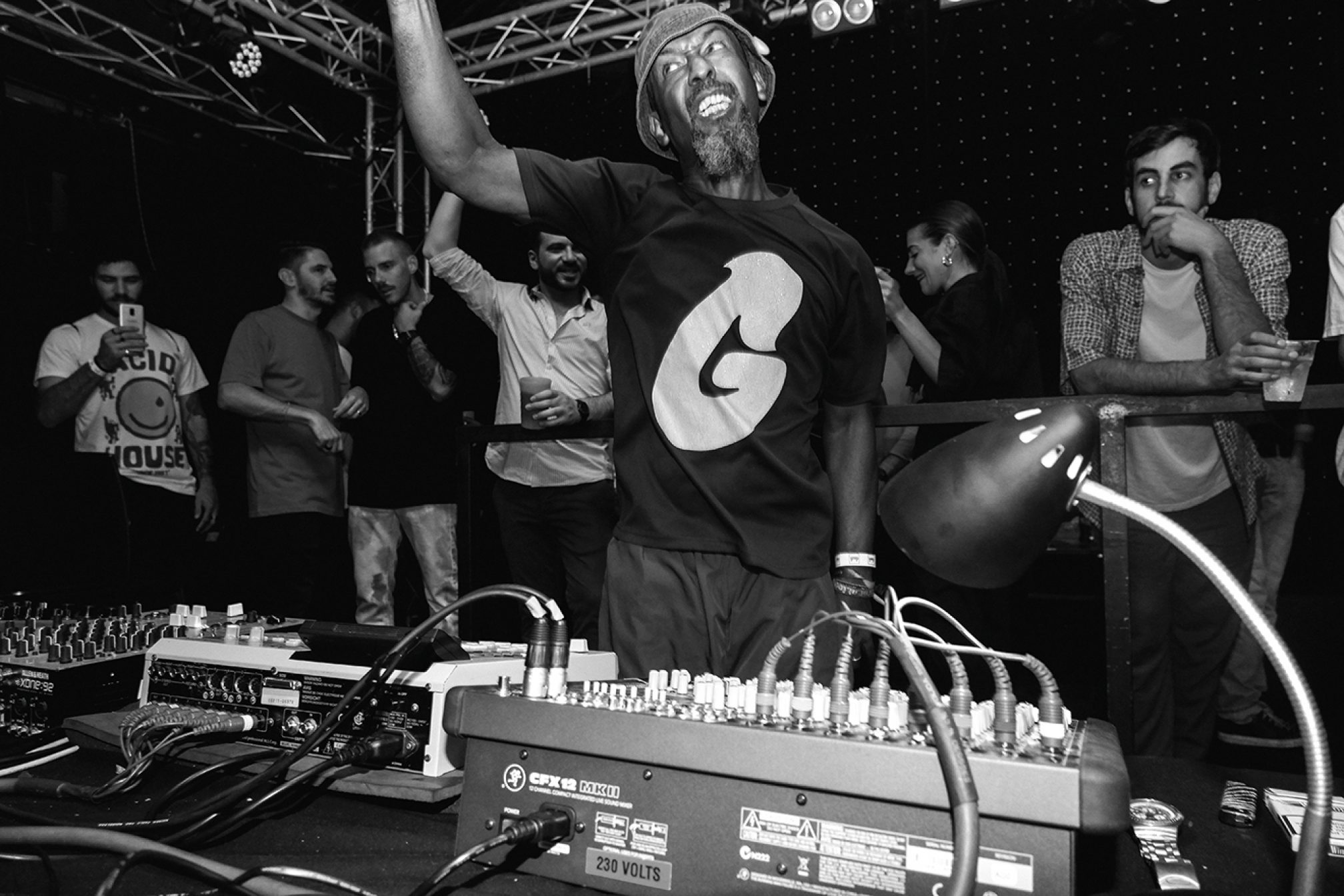 On the power of dancing

“Back in the day dancing is just what we used to do. We’d travel all over England to battle. Nottingham, Wigan, Manchester, down to Croydon to take on their crews. It doesn’t feel like dancing is a priority any more. I’m a dancer. I don’t dance during my sets to show off, it’s just me, an expression of what I do. I’m on the settee for three days after. My back’s gone, hip gone. But because I love it and I don’t do it so often – I do 26 gigs a year, that’s it – I’m soon ready to get back into it again.”

Read this next: Why the hell aren't you dancing?

On techno, The Advent and moving on

“Techno was new to me before The Advent. I began listening to Joey Beltram, Maurizio – and for a soul boy it was like Sodom and Gomorrah. I thought Jeff [Mills] was white! I couldn’t believe a black man made music like that. In The Advent, we stood toe-to-toe with Orbital, Underworld… we used to perform with all those and kill it. The day I left The Advent I got home to the missus and cried my heart out. I was left with nothing, so my wife sent me back to the studio. I walked in, took the MPC [sampler] and that was it. It sat on my lap for the next two years as I learnt how to make music. He [Cisco Ferreira, Colin’s partner in The Advent] was left with the golden chalice. Anybody who is anybody now used to come sit in our studio like puppies, watching to learn. The Advent were the kings.”

On how a friend helped change his life

“I had a Dutch friend, Lex, an actor. He taught me about art. As a black kid I wasn’t privy to art. He would go in and say ‘Just say what you see’. I went to the Royal Academy once to see a Cezanne or Monet exhibition and Brian Sewell [probably Britain’s most famous art critic ever] asked me what I liked about it. Me, knowing fuck all about art? Lex wanted to nourish me. One day he asked as we were having a drink, ‘What’s your definition of friendship, Col? My definition would be, would you wipe my arse if I was old?’ And of course we laughed. But I’m loyal. ‘Of course I would,’ I said.” 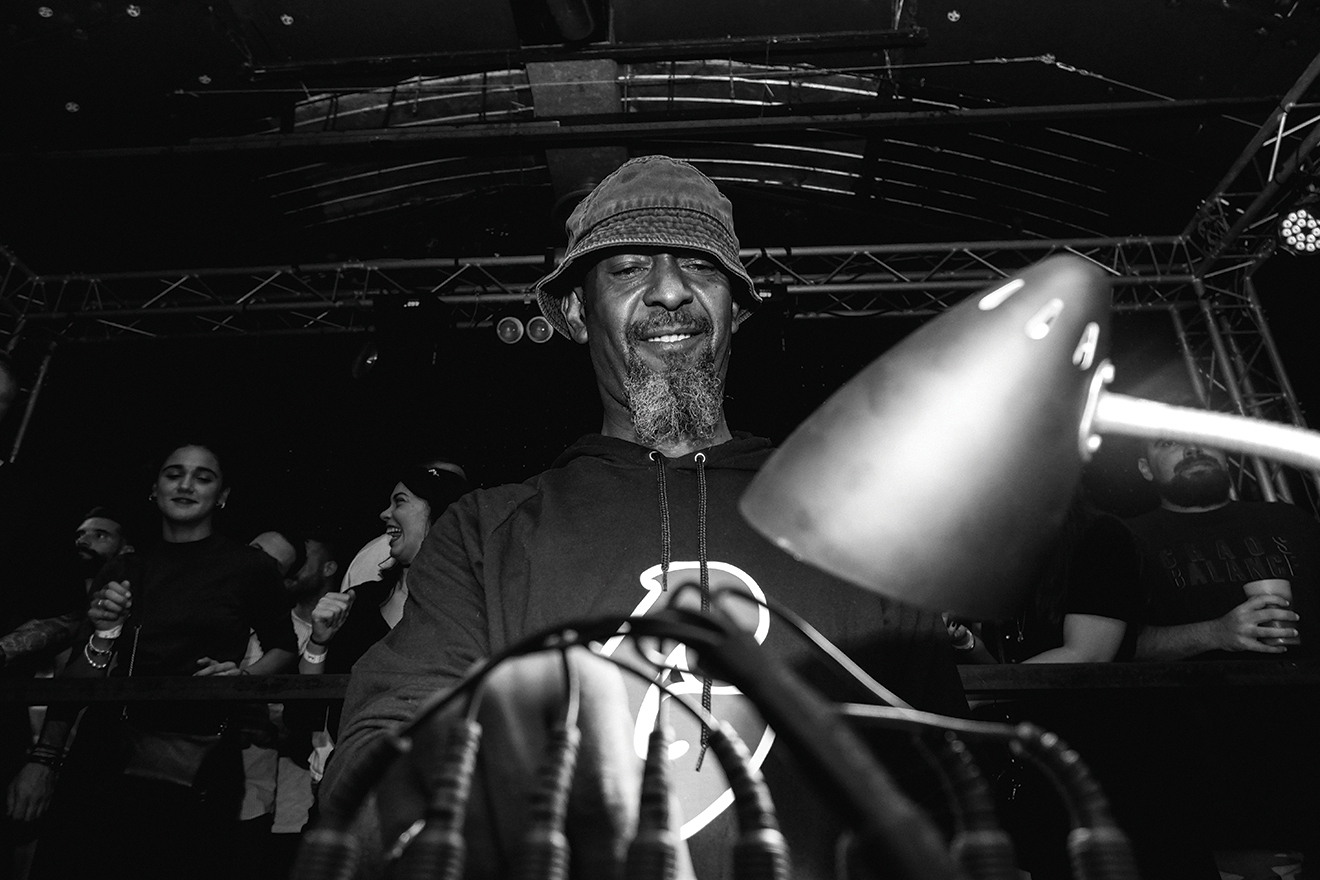 On putting his career on hold to care for his friend

“Then Lex found out that he had a golf ball-sized tumour in his brain. I was coming down from Leicestershire to London every day to take him for chemo. Eventually, I told my wife I had to be there for him as he reached the end of his life. He wanted to go back to Holland. So I put my career on hold and went with him. We lived in his sister’s house and I cooked for him, cleaned and washed this guy, 24/7. And then one day I did have to wash his bottom. And we just laughed! He was so happy that I proved myself. It made me a stronger human. He snuck into fabric for my first gig there and said it was shit. So every performance I do, I always hear Lex saying ‘Look up, connect, smile!’ ‘Daily Prayer’, one of my biggest tunes, is for him. He, along with my wife, were the people who believed in me because I never felt I had the ability to be who and what I am today.”

Read this next: The 10 best fabric mix CDs

On ‘The Alien With Extraordinary Abilities’

“That’s what they put on your US visa when you’re a performer! It’s the new album’s title. It’s based around my American debut last year, which was the hardest thing ever. The day at the US Embassy to get the visa was the most stressful day of my life. It’s like a factory, and I was shitting myself. I went to one window and I got someone who wouldn’t even look at me. She said ‘You’re missing a piece of documentation’. As I went to get the passport back she pushed a button and it fell down and disappeared and she said ‘Property of the United States, sir’. I told her I was going in three days and cursed something and she leant over and said ‘You really want your passport back, boy?’ and I left in tears. It turns out the lawyer was missing a page, and because they made that mistake I was able to sort it. It inspired ‘Embassy’ on the album [a suitably paranoid, taut, frantic hardcore track]. The track ‘Met D @ The Gathering’ is about meeting Danny Tenaglia. I’d wanted to meet him forever. I finished my show at this festival and I jumped down to join the kids at the front as he got on the mic and told everyone I was one of his biggest influences. The next thing, I was back on stage on top of one of the speakers. Dancing.”

‘Mr. G Presents The Alien With Extraordinary Abilities’ is out on Phoenix G now