For many underground music lovers, Movement Detroit is the best North American event of the year. Every Memorial Day weekend at Hart Plaza the techno elite congregate at the genre's birthplace, bringing a special energy that is completely exclusive to the city. The rich history and appreciation for the festival is palpable in the air, where attendees walk across the same exact grounds that hosted the first Detroit Electronic Music Festival 17 years ago.

Carl Craig once proudly proclaimed on stage: “Detroit, it fulfills your spirit, it fulfills your musical needs. Movement Detroit... this is paradise!" The wise words from the city’s icon hold an undeniable truth, something every attendee has felt while dancing amidst the crowd, blissfully immersed in Detroit’s essence. From the atmosphere to the line-ups to the people you meet, there's a lot to look forward to. Here are some of the greatest things about Movement Detroit.

One of the most beautiful things about music festivals are the eclectic crowds they bring. But there's only one true city of techno, and accordingly, Detroit's three-day event carries a special type of spirit that attracts a highly seasoned, more passionate demographic. While many other events host a large percentage of people attending for the prospect of partying and exploring what’s on trend, Movement's haven draws a clean flow of purists that plays more like a religious gathering.

These super-fans come from all corners of the world: from every era, every age, every profession and every style. It's where newcomers eagerly absorb the stories of rave veterans and people from opposite sides of the globe revel together in the legacy of techno, where fans two decades apart can discuss their favorite artists in mutual respect. Detroit is where someone decked out in kandi can high five someone in full-sleek techno black knowing confidently that they’re on the same page. 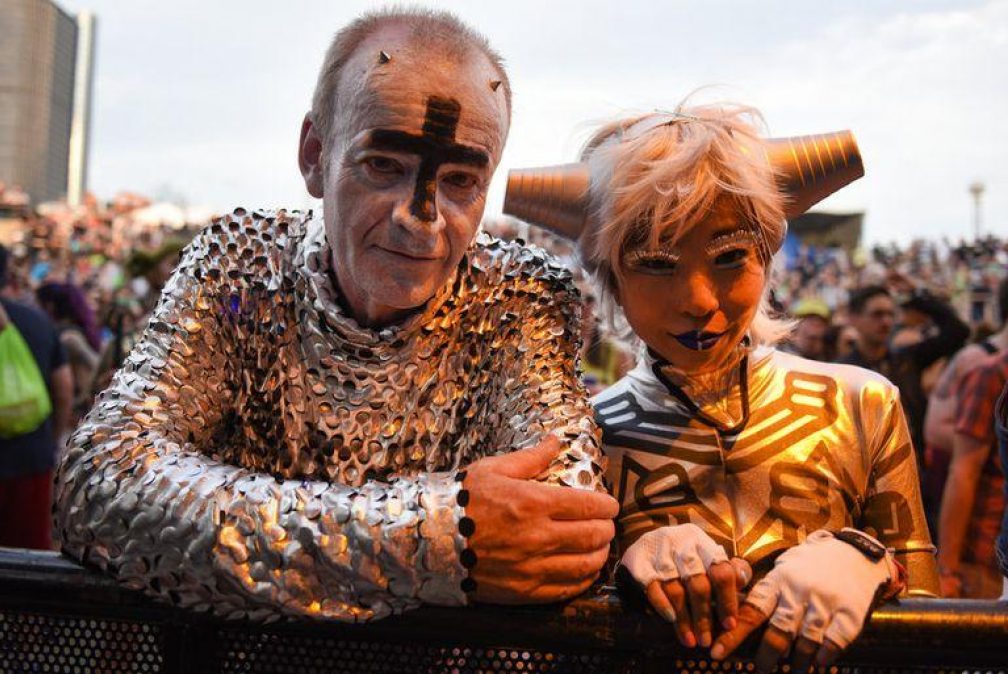