Miraa May: “The impact that South African music is having in the world is mighty” - Features - Mixmag
Home Latest News Menu

Nando’s is keeping things spicy this summer with its Mix It Up project, seeing four UK artists join forces with South African amapiano producers on a brand new, Extra Extra Hot track. Bru-C, BERWYN, M1llionz and Miraa May are all on the menu and their creations will feature on the 'Mix It Up' EP released via non-profit organisation Bridges For Music on August 12. We swear on no-one’s life we didn’t ask any of them for a Black Card. Here's Miraa May

Hard-hitting and lyrically heavy, Miraa May is becoming the voice of a generation — and she's able to spread her message across an impressive four languages she speaks. From fusing multiple genres - spanning R&B to Afrobeats - to speaking up on important issues such as consent on the track ‘Make Room’, the British-Algerian artist, who was born in Algeria and grew up in Tottenham, is showcasing how young people now have the world at their fingertips and are versatile, strong-headed and emotionally intelligent.

Her debut album, ‘Tales of a Miracle’, came out in May, offering listeners a raw, punchy look into her life and her story. She utilised her many influences - from hip hop, to soul, to traditional Rai music - and has given her fans a true taste of who she is, presented in musical form.

Now, keen to keep exploring how she can incorporate sounds from the world into everything she does, she’s involved with the Nando’s Mix It Up project to learn from and collaborate with some of the best amapiano producers in the game.

The Nando’s Mix It Up project takes UK rappers and vocalists and pairs them with South African amapiano producers to create a transcontinental track, with Miraa May linking up with amapiano superstars in the making Tumza and Basetsana.

We caught up with Miraa to ask her about her musical influences, her studio habits, and what she likes about the amapiano sound. 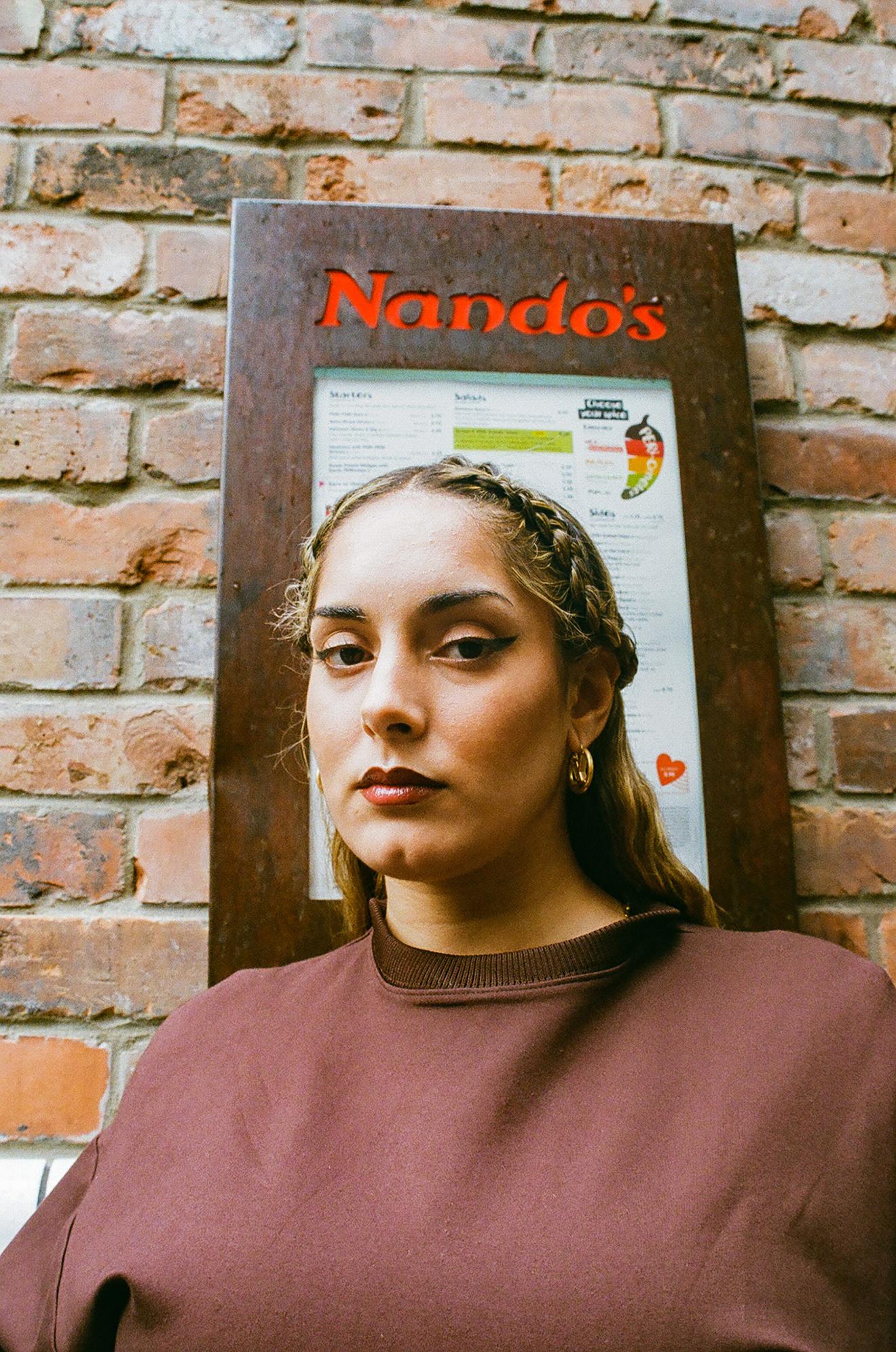 How did it feel to be asked to be involved in Nando’s Mix It Up project and what are the highlights of taking part in it?

I felt honoured to be involved, I always like being inspired by new sounds so this sounded like a lot of fun. I’m loving all the sounds that are coming from South Africa in particular, they have something really special going on there. I don’t have a full British passport so I couldn’t go out to South Africa for this, but just meeting everyone online has been nice.

Have there been any highlights of this project?

Yeah, the food! The Nando’s, it’s always my highlight.

PERi-Tamer, four chicken thighs, it has to be well done. I mix up the sides depending on how I’m feeling.

Read this next: BridgeFire launches in South Africa to accelerate 10 young musicians

Definitely, with Tumza’s sound, you can tell he takes time, and he likes to be precise with what he does. He puts thought into what instruments come in where, and he is careful with how the sounds go together. Both of them are very sure about what they do, and I like hearing new sounds so it’s a pleasure to be working with them. 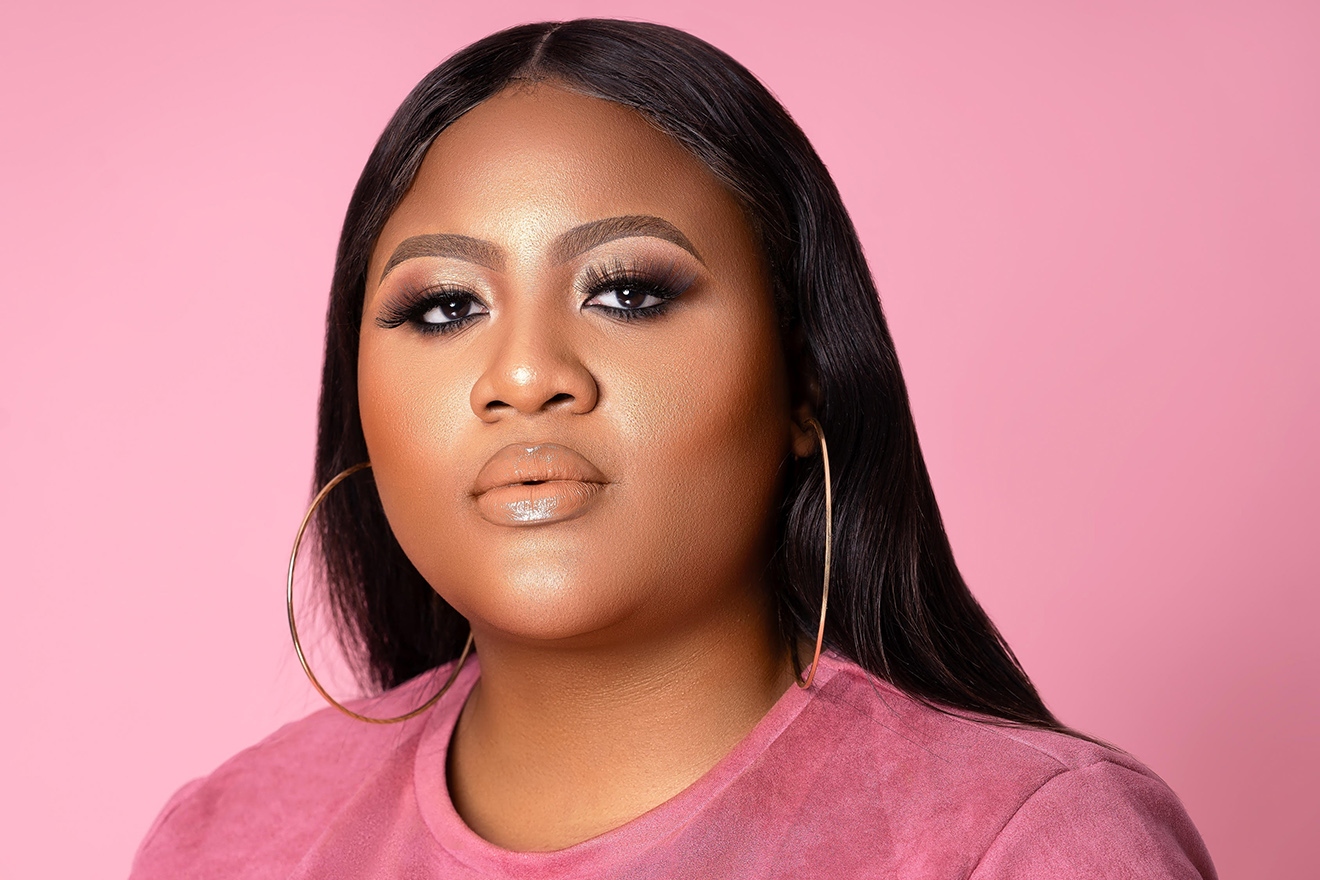 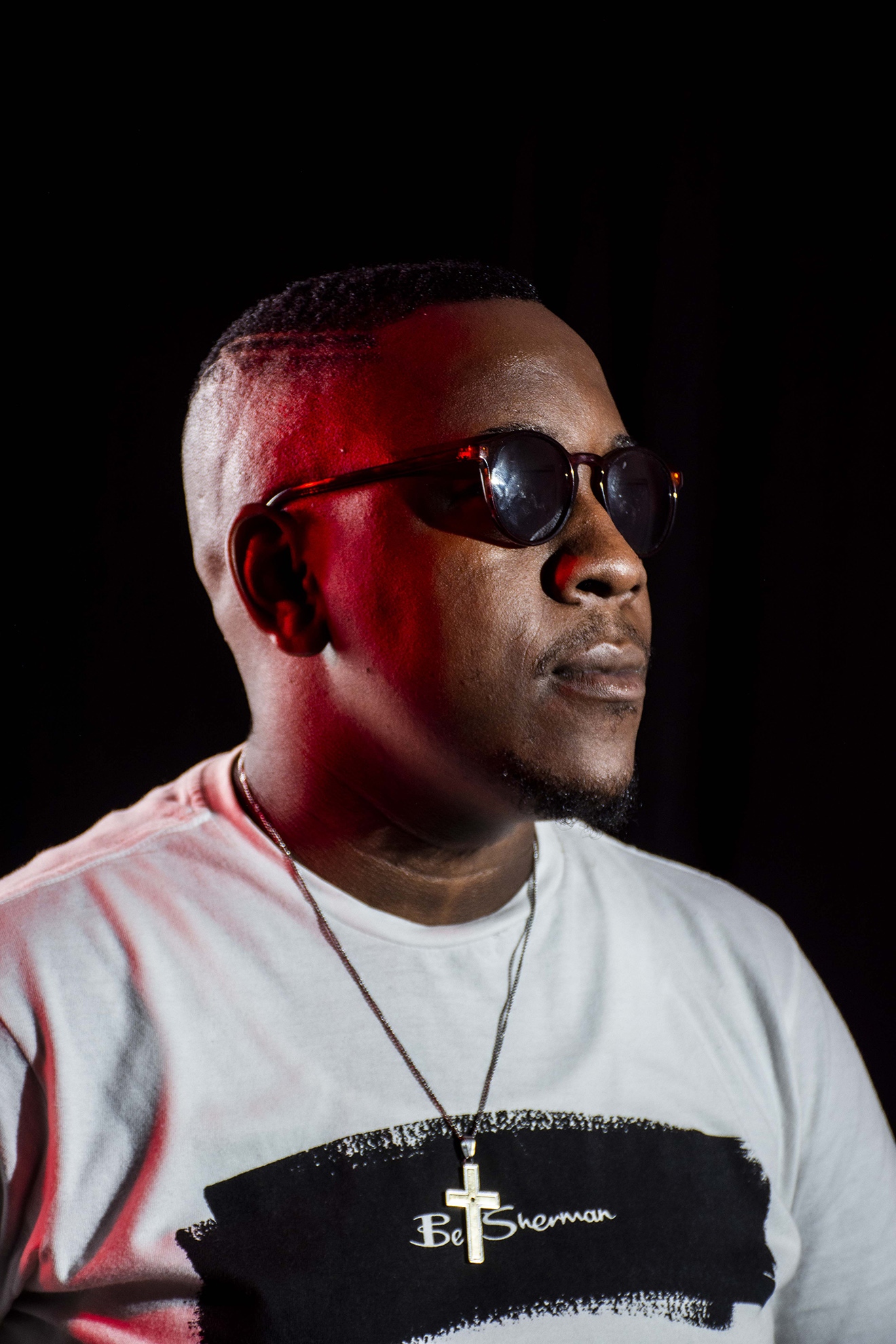 How do you feel to be collaborating with them and fusing your sound with theirs?

I guess it’s always just fun to mix things up, trying out different things with different people. I’ve worked with maybe two other amapiano producers, so I love a challenge. And I love working with people in general, so to work with people who are so knowledgeable and have a spirit and a passion for what they do is a bonus.

Were you already into the amapiano sound then?

I’ve been listening to amapiano for the past year and a bit, definitely for the whole of 2020, and into 2021 and 2022. I listen to it when I work out, I love it when I go out. My playlist is rife with amapiano tunes, that’s why it felt natural to be on this project, because I was already into the sound and peeking into the genre, and I’d worked on a couple of tracks in amapiano outside of this project. And because this project is very rooted in giving back to the community in South Africa, I was happy to be a part of it.

Sonically, what appeals to you about amapiano?

For me, it has to be the bass and the artists. When you hear the do do do, that sits very well. It makes me feel a certain way, it’s very beautiful to shine a light on artists who do their thing, and people who opened up this genre from South Africa to the world. We need to know their names and we need to know what their story is. Definitely, the artists are sonically what is exciting, it’s a new sound and new language and a new way of thinking. 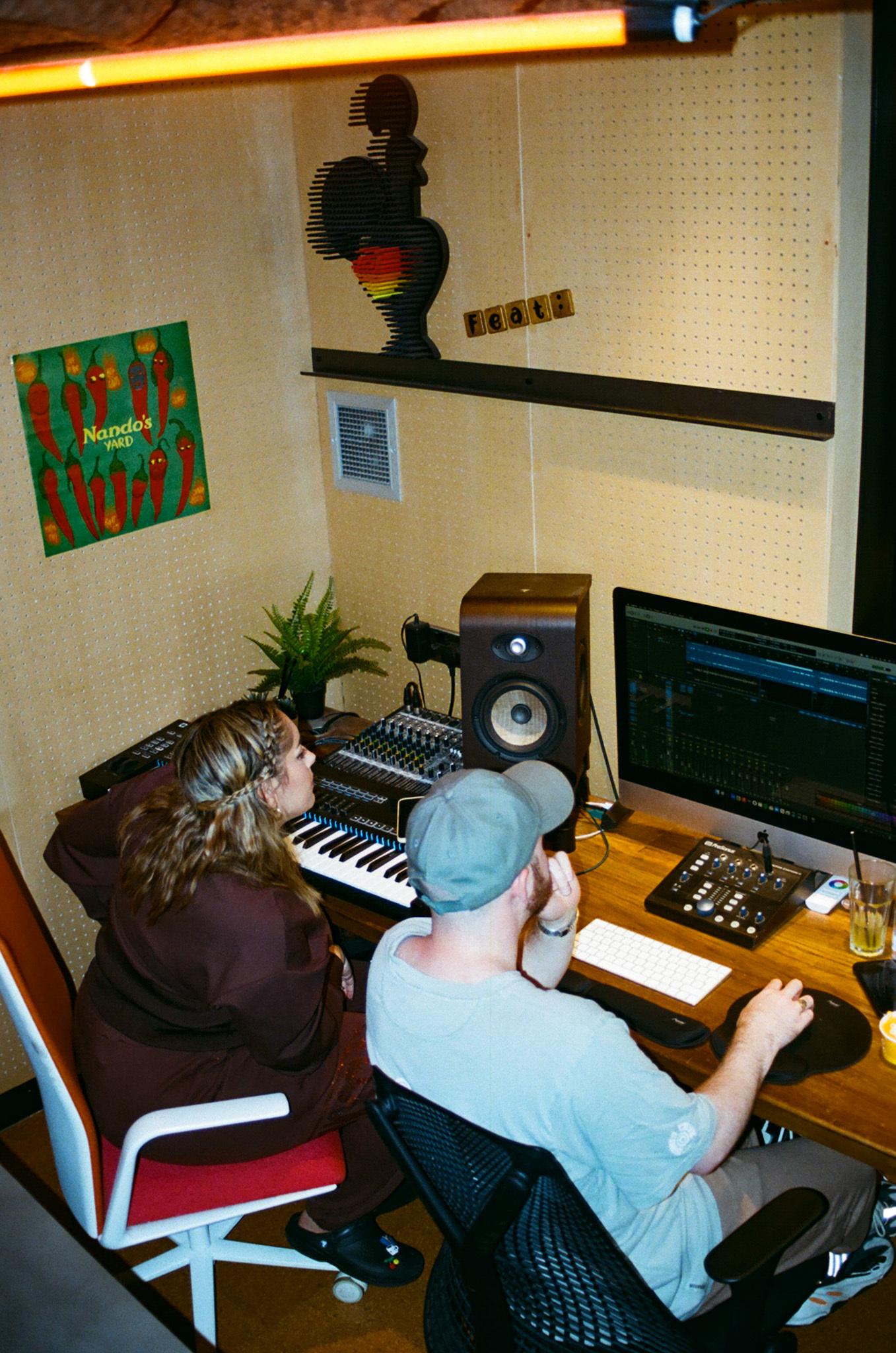 How do you see your vocal style match the sound that these South African artists are making?

Because I’m really versatile, it depends on how I feel on the day, but because I’m versatile and lyric-heavy, it works. I freestyle anyway, whatever I hear I just go with it, and that’s what it is... Miraa is very strange and she does random shit and that’s what sounds good.

Who are your favourite artists to be coming out of South Africa right now?

Obviously the Major League DJz, Kabza De Small, Uncle Waffles — they’ve been my favourites at the moment, but I listen to a huge range. I’m also one of those people who has loads of songs on playlists, so my song list goes beyond this.

No, not really. So today we met on Zoom - we had a little chat about ideas and stuff like that, and yeah, the music speaks for both parties. Obviously during the pandemic we [in the music industry] knew that we weren’t going to be seeing people, so I’m used to Zoom. I knew that the quicker I send them my ideas, the quicker we can bounce off each other. The music speaks for us, we’re all respectful of each other and then we all just make what feels right.

Working with them was transcontinental, so we made music here but they were over in South Africa. We had a small chat about the songs, we bigged up each other. We’re itching to get a song and something that sounds amazing.

I mean usually I like to meet them and be there, but in the instances that can’t happen, it’s not really a problem. But it’s about having a vibe, and as long as the music is being done then that is fine. 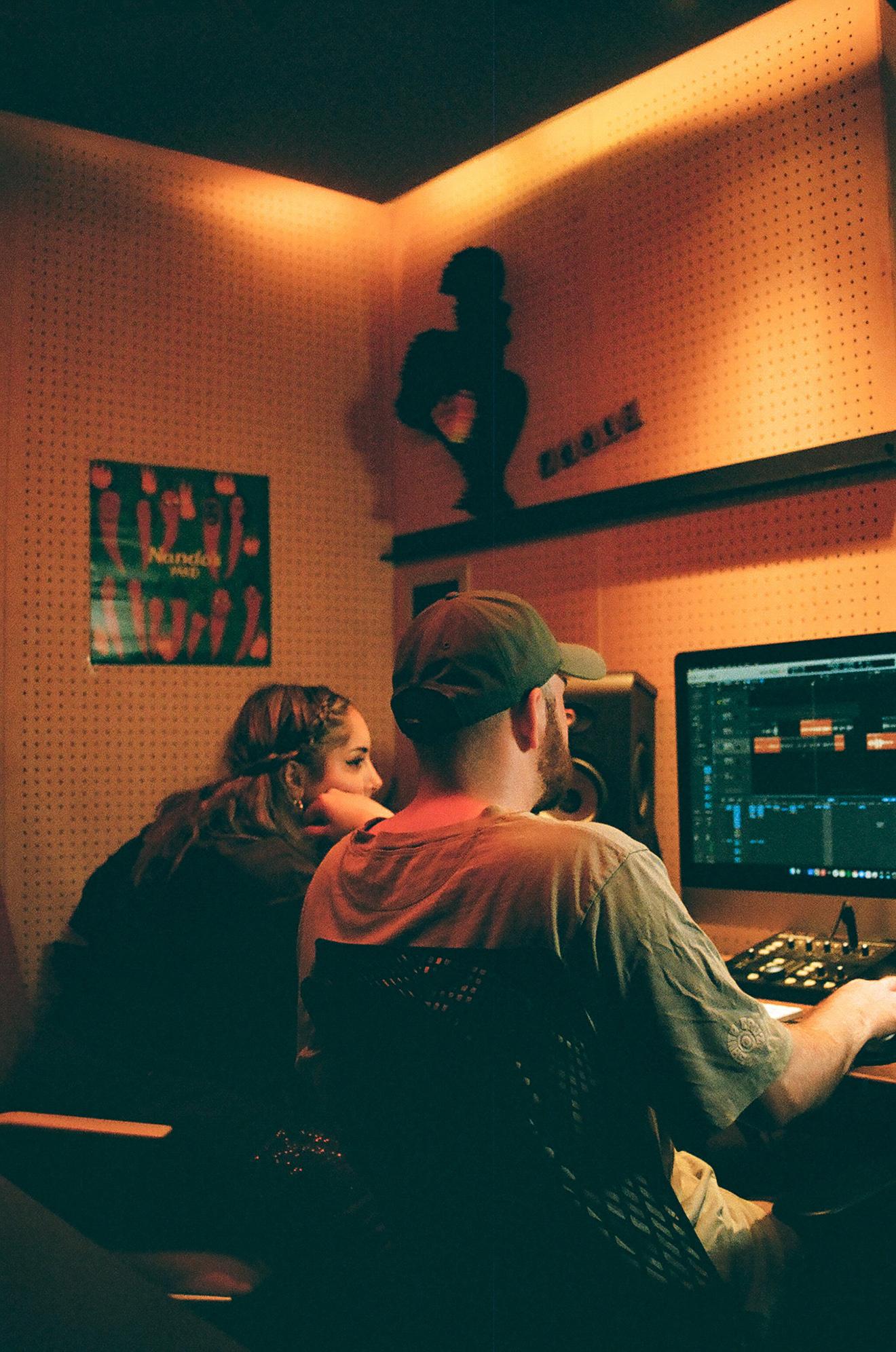 What impact do you think amapiano is having on the UK sound?

The impact that South African music is having in the UK and in the world is mighty. It’s packing a punch, it’s refreshing, it’s beautiful. The music itself is beautiful to hear: the language, the vocals, the screams, the shouts, the whistles — it’s so unique and it’s amazing to watch. It’s great to see South Africa bring this new genre out in full force.

What do you think about the track?

The ideas have been amazing. We’re still working on it right now, but it will be finished by the time the day is finished. We’ll see what I think about it then.

What were your main inspirations for ‘Tales of a Miracle’?

Musically, I tried to go back to old skool R&B, the Rugrats theme tune, that type of stuff. I tried to look into how to interpret feelings from those songs into my own music, rather than straight-up sampling. I tried to be a bit more truthful and honest in the stuff that I’d been going through; it’s raw and honest. I wanted to let people know that we can rap, sing and talk about deep stuff, but also it doesn’t have to be deep, but that’s what I wanted my debut album to be like.

You incorporate lots of global sounds, what do you appreciate about music that crosses cultural boundaries?

So, like the South African sound dominating music right now, it’s making people feel different and inspired. I feel inspired by so many sounds, I like Rai music from Algeria and North Africa, and I like staying close to my roots. I love a lot of hip hop, R&B, old school blues — I love taking the best bits from everything I love, and I swallow it and I give back what I interpret. Beyond sound, I keep my music very spiritual because my musical journey is very spiritual to me. If I’m penning a verse, or involved in anything, I think about it in its purest form. Music from different parts of the world, that’s not necessarily Western pop music — this could be Rai, or amapiano, or Japanese traditional choirs — these are emotive and I channel that into my own music.

Read this next: Scorpion Kings: "Amapiano hasn't even reached its full potential"

Do you ever associate specific sounds with specific emotions?

So when you put together a track, EP, album etc - do you embrace the process as it comes or is it methodically planned?

I just embrace it. I don’t think it’s the best thing to overthink music, you’re not meant to think about “how are we getting a hit”, or “how will we make people listen”. Music, even though there is a whole business behind it, in its purest form comes with how you’re feeling, with the times, and what’s happening in the world. So that’s why I take it as it comes. Pre-planning doesn’t always work, it’s not authentic.

What’s your favourite project of your own?

The album. And also what I have planned after the album. I can’t share much about it, but there will be more.

Nando's 'Mix It Up' Amapiano EP is out on August 12, you can pre-order it here