In another life, the Heathrow branch of Wetherspoons might have been the setting for one of Mike Skinner’s parables on modern British life. With the ever-present gangs of lads in matching stag-do T-shirts, eyeing up their hen-do compatriots as they down pre-flight lagers, it could easily have provided the inspiration for a track on The Streets’ 2004 opus ‘A Grand Don’t Come For Free’. But today, Mike Skinner’s not looking for lyrical inspiration. Rather, he’s here as part of Tonga (or Tonga Balloon Gang to give it its full name), the club night and DJ collective he formed with Manchester’s Murkage nearly two years ago. The collective, which consists of Skinner, Murkage main-man Murkage Dave, his brother Darryl (who also goes by the name Klepto) and a revolving cast of DJs and MCs, has been throwing parties in East London’s Waiting Room for nearly two years. They’ve built a solid following with their quick-fire, frantic style of DJing and ability to bring big-name guests to a miniscule space (Kano and Giggs have both guested in the past year), which has got them to where they are today. Not the Heathrow branch of Wetherspoons, we hasten to add, but on the way to the first edition of a brand-new Berlin residency.

As the 10-strong crew nestle into a corner table at Wetherspoons, Skinner orders a salt beef bagel and buys a round of drinks before admitting he doesn’t usually gravitate to this end of the airport. “It’s usually straight to Gordon Ramsay for you, isn’t it,” jokes Patrick, his tour manager and Tonga DJ. Skinner darts to Burberry to buy a black polo shirt (he exclusively wears black these days), explaining that he always forgets to bring clothes on trips. While he’s gone the rest of the crew start going through the inventory of what they need for the night. “Have you got the balloons?” asks Darryl. “If I hear the word ‘balloons’ one more time,” laughs Patrick. “They’re getting delivered there, but I don’t know if they’ve got the helium in.” 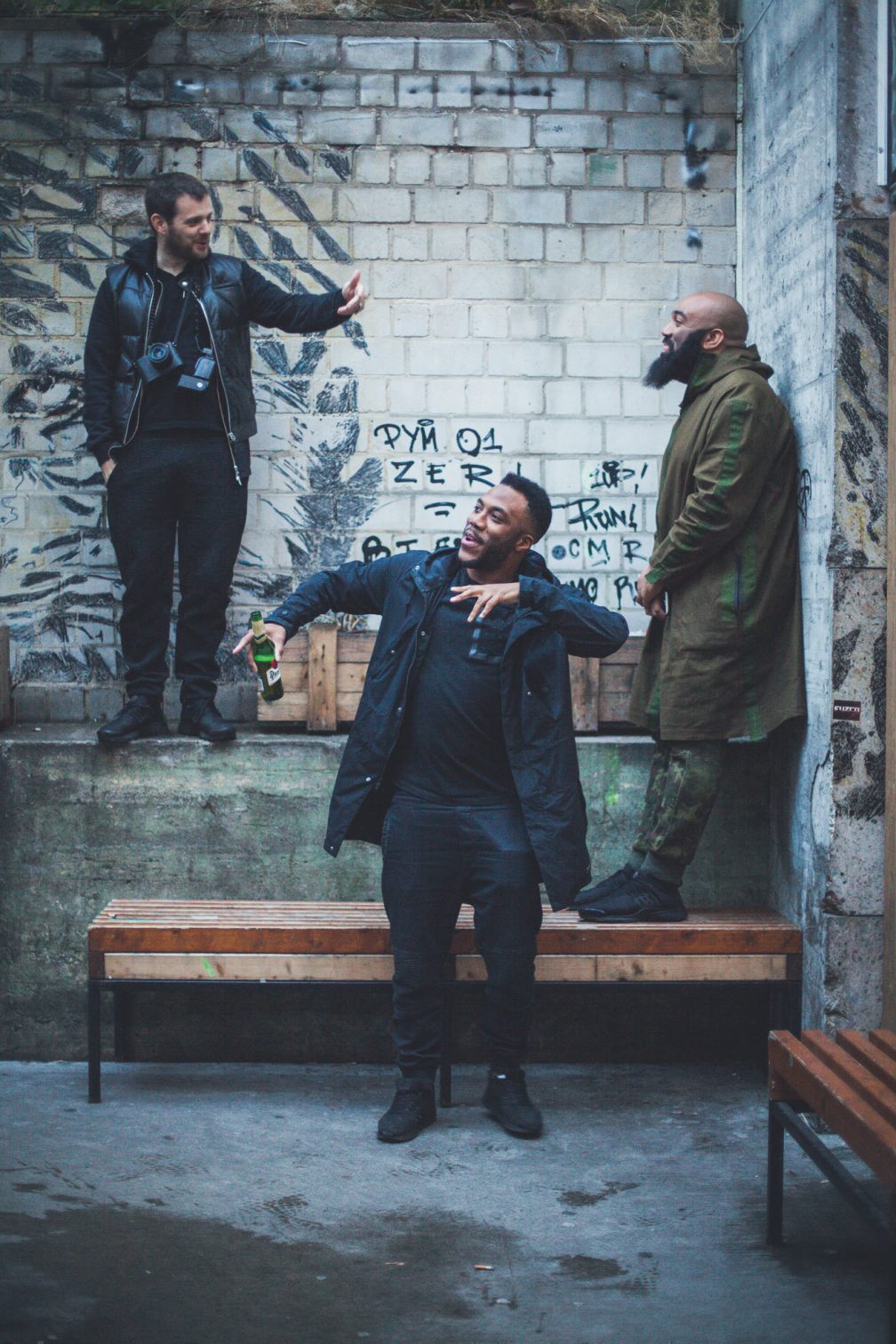 Since wrapping things up with The Streets in 2011, Skinner’s kept himself busy. As well as putting out two albums as The D.O.T with former frontman of The Music, Rob Harvey, he’s also directed a promo film for Dr Martens, presented an hour-long documentary on the rap scene in Israel and Palestine and composed the music for The Inbetweeners movie. But it’s as a part of Tonga that Skinner seems to be having the most fun. Clearly enjoying being part of a group again, but perhaps without the pressure that carrying something of the magnitude of The Streets on your shoulders can bring, he’s relaxed and chatty as we make the journey from Tegel Airport to the centre of Berlin. Everything from the ongoing Bill Cosby saga to the Batman v Superman movie is batted back and forth between the Tonga crew before Skinner turns to us and jokingly asks, “Are you ‘going ham’ for Ibiza this year?” (he says ‘going ham’ a lot), before reminiscing about an early visit to The White Isle. “I just turned up without booking anything. I’d just got my first advance and ended up staying at [notorious party swamp] Jet Apartments. I fucking loved it!”

Later that afternoon, as we make our way to a local radio station where Skinner and Murkage Dave (both wearing matching black Nike Prestos) will explain what Tonga is to a confused radio host (the name is a Ghanaian slang word for a vagina) Mike begins to unravel the story of how Tonga came to be. “I wanted to do my own night for a while but really struggled,” he admits. “Then I went to Murkage in Manchester and thought, ‘Oh god, this is exactly what I want to do! It was just six of them going absolutely mad behind the decks.”