We’re in a beautiful old building in the historic downtown centre of Mexico City at 3am when suddenly, the white strobe lights shut off in the main room on the second floor. The space turns deep purple and everything white glows as blistering techno pumps through the speakers, bringing to mind the iconic blood rave scene from Blade. The air is thick with humidity, anticipation and acid basslines. DJ Volvox, helming the decks with authoritative command, marches to the beat of her next track with a grin on her face.

The energy has been at this level all night, despite the heat brought on by the large number of sweaty bodies packed into the venue, and the gloomy sky pregnant with storm since the late afternoon. It’s the one-year anniversary of rising Mexico City crew EXT’s (short for ‘extraterrestrial’) first party, and their biggest function yet. In celebration, they’ve teamed up with New York City’s Jack Dept, a label and party run by Volvox and John Barera, pairing the two acclaimed selectors with a wealth of local talent.

Downstairs the smaller room is heating up as well, gauzy neon streamers draped across the ceiling adding to the 90s rave aesthetic. Nihilnimal is playing a live set of abrasive club noise, leaning over his equipment with a spiked necklace and a glint in his eye. The sharp rhythms set a different mood than what’s going on upstairs, but the crowd is just as immersed, switching up their dance moves with ease. 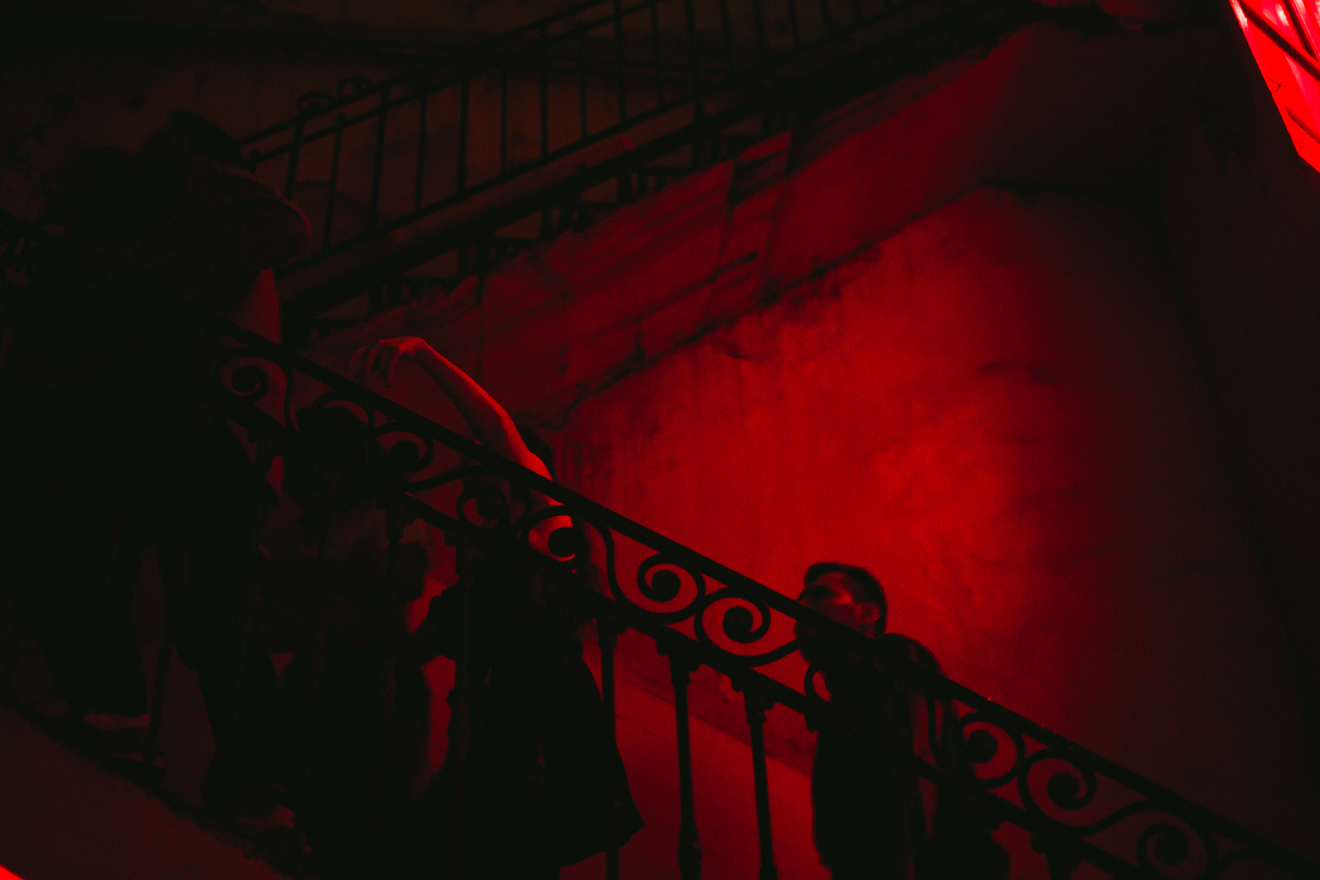 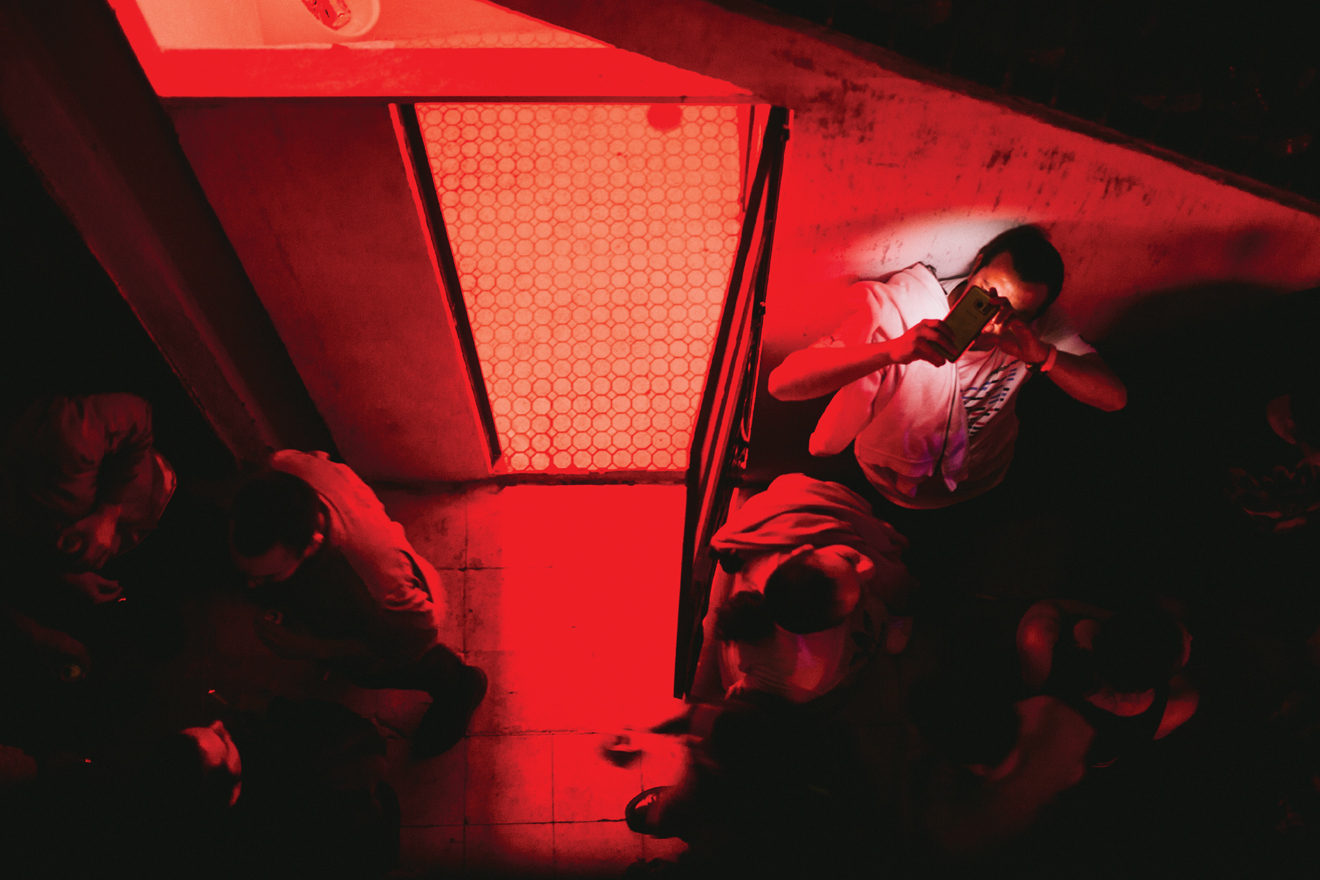 There have always been two stages at EXT’s parties, the crew explain to Mixmag later. Gabo Barranco (who produces as AAAA), Ramón Jaramillo, and Francisco Ventura, three friends who have known each other since high school, wanted to create a night that was multi-genre and community-focused; where people could have fun and dance in comfortable and exciting environments, away from posh clubs and pretentious audiences. In addition to local DJs and out-of-town guests (including Cienfuegos, Via App, and Motorkiller, among others), EXT also gives a lot of new DJs a chance to play their first gigs in front of an audience. Tonight, up-and-comers Viiaan and ASUS are making their debuts.

“Music is the most important element of our parties, but it’s not only about that,” the crew tells us. “It’s also about the whole community, and [throwing parties in] unique places to create something different for each iteration.” The ethos behind the bookings and the locations of the shows (past venues include a punk squat and an abandoned house downtown) create a space for people to wander and talk, to go out for an occasional breather, to do “whatever you want, as long as you don’t mess with other people.” 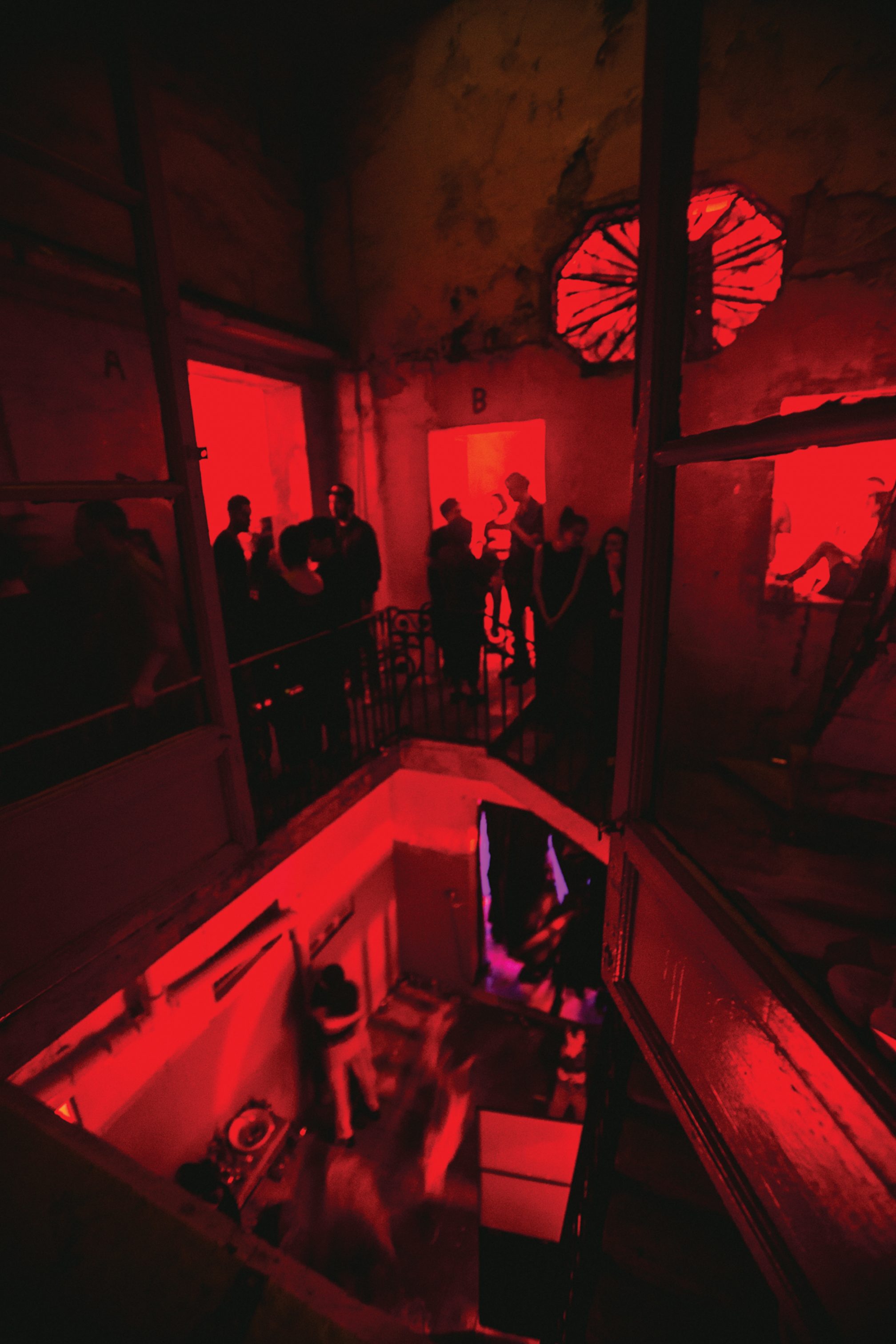 Two friends of EXT, Lalo and Lats, point out the effortlessness of interaction that tends to happen at these nights. “It’s a very different vibe from other parties. You go with your friends, but [meet] people naturally.” Though there are only two rooms playing music, the second floor boasts several rooms – a variety of well-lit open spaces in addition to cosy, dark corners. The staircase, in the middle of the building, is entirely outside, creating a courtyard of sorts, and a cool, breezy place for people to rest. Beers and joints are passed back and forth, and the conversation flows despite the volume of the music.

“Everyone’s part of the techno family,” Volvox says after her two-and-a-half-hour set. She explains that Jack Dept met EXT through AAAA, whose 'Anorak' EP came out on the label last January, and that’s how this party (the NYC crew’s first international event) came about. “He’s grown a lot since then, and so have we – it’s cool to see.” She recalls the showcase Discwoman hosted in Mexico City, along with local crew Derré Tidá, at the beginning of 2016. Though it took place in a “parking garage turned salsa club”, tonight’s event definitely has a “more hardcore underground vibe.”

The venue tonight is licensed, EXT clarify, but they had to downplay the size of the show in order to book it. After the News Divine tragedy of June 2008, where 12 people were killed in a police raid on the nightclub, Mexico City government passed a new law that enforced stricter regulations on the hours of service and sale of alcohol in clubs and bars. For this reason, EXT has to be smart about where and how they throw their parties.

Just a few kilometers away, Moodymann is playing at an established venue called Foro Normandie – yet the EXT party is packed. It’s not that people don’t want to see the Detroit legend, Lalo and Lats explain, but tickets on the door are 600 Pesos. “The minimum wage here is 88 Pesos a day (about £3) – kids can’t afford the door charge. EXT barely breaks even, but it’s about fostering community.” Another club-goer in a Discwoman T-shirt who’s been front left all night seconds this opinion: “this is a special night.” 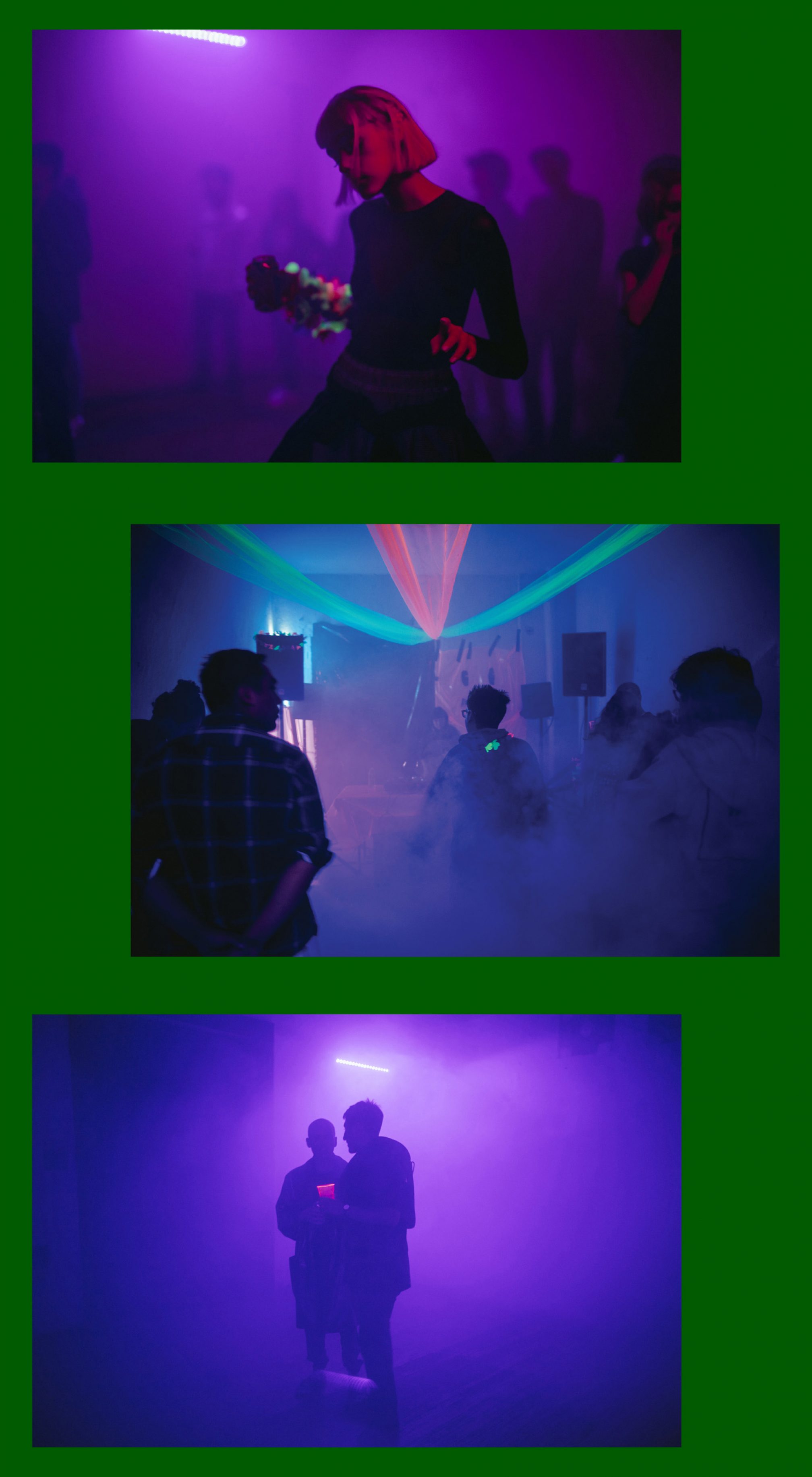 As dawn approaches, everyone begins to let loose a bit more. Downstairs in the smaller room, Upgrayedd Smurphy is behind the decks, controlling the mood with playful precision. She’s been a stalwart of the scene for over a decade through various projects, but her DJ sets are truly something to be witnessed – mixing footwork into gabber into ambient beat music into a particularly impressive Kendrick Lamar dubstep medley.

The multi-genre aspect of EXT’s nights is key to the crew’s philosophy, as they seek to represent the various, often overlapping music scenes the city has to offer. “We are trying to blow up a small scene in one of the biggest cities,” EXT says, “[so] in a way we are all working together.” Tonight alone sees DJs affiliated with several groups: club collective NAAFI; a queer techno party called Por Detroit (a cheeky pun on the phrase ‘por detrás’ – ‘from behind’); Dance Your Name, which has previously hosted DJ Fett Burger and Eris Drew, among others; and the experimental, multidisciplinary collective Ensamble.

For the electronic music heads,other popular underground events include queer party called Traición, co-founded by NAAFI creative director Mexican Jihad, and Pervert, a queer sex party that always has good music. ‘Occult collective’ Los Grises trades in grunge and noise music, while this weekend also saw the huge Hell & Heaven heavy metal fest (Ozzy Osbourne was a main draw). And of course, there are lots of reggaeton, salsa, and cumbia parties throughout the city. It’s clear that no matter what kind of music is playing, there are always people who want to go out and have a good time: for many, tonight is their first time at an EXT party, having heard about it through friends or word of mouth, but everyone is very present, enjoying themselves, and respectful of the space. 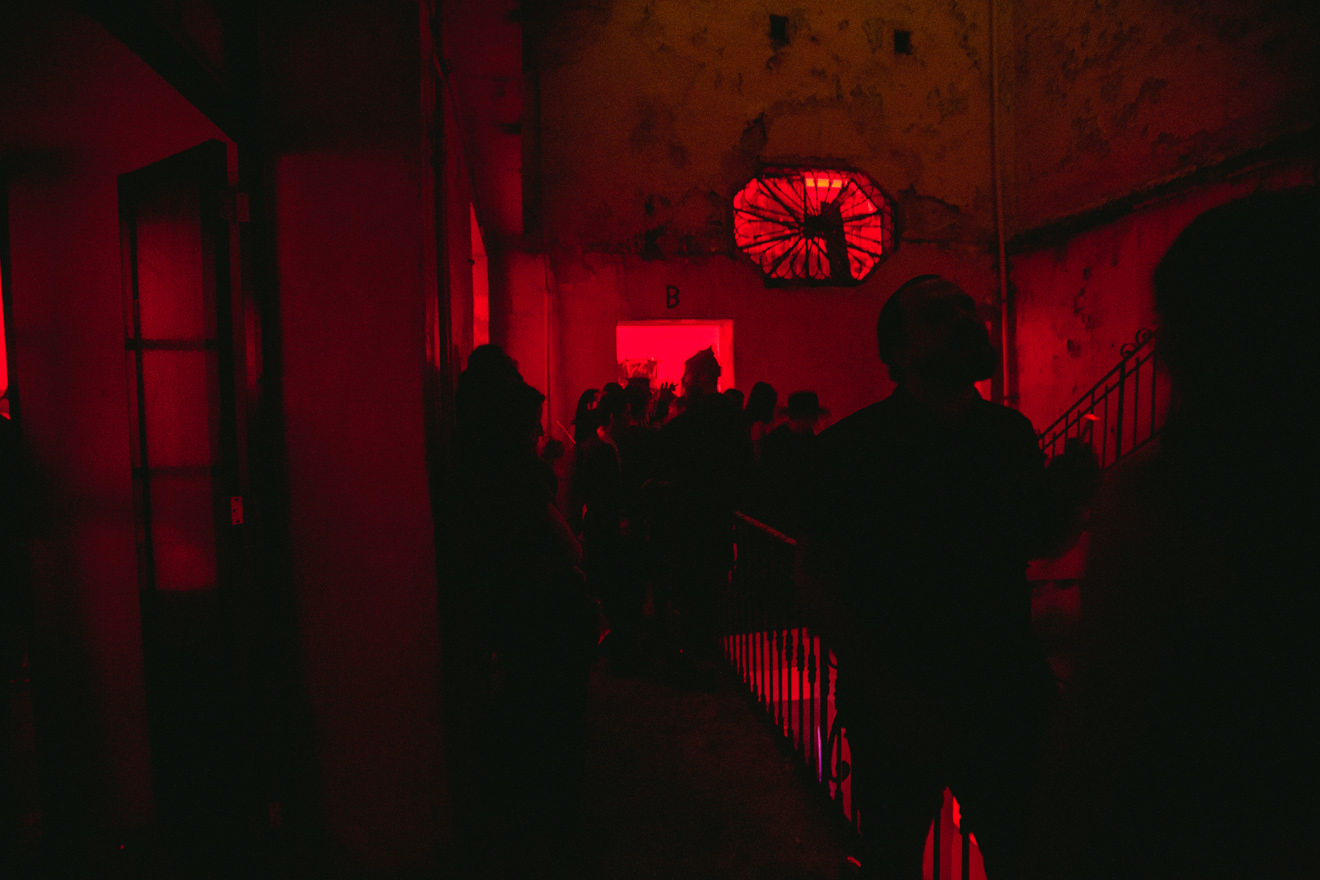 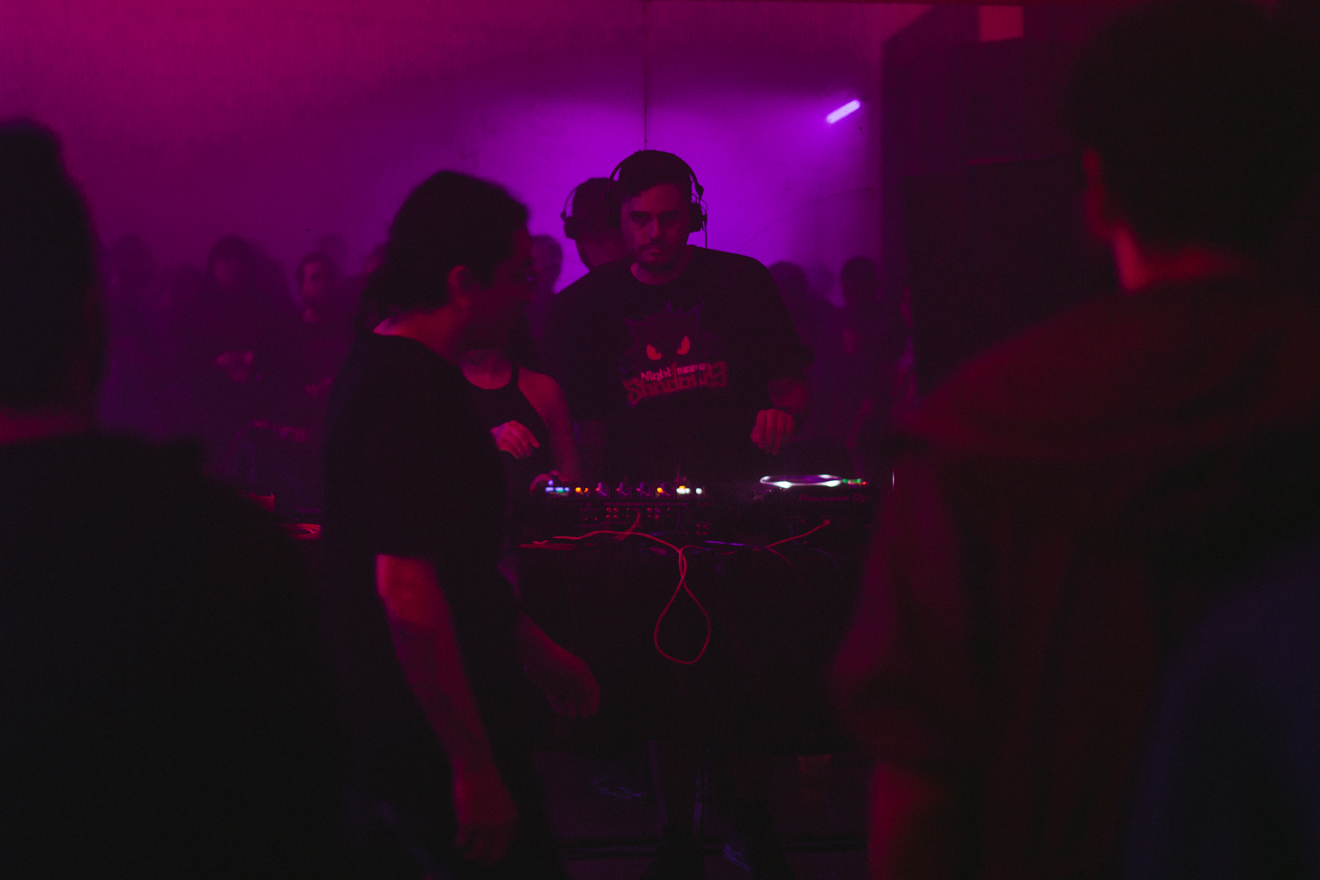 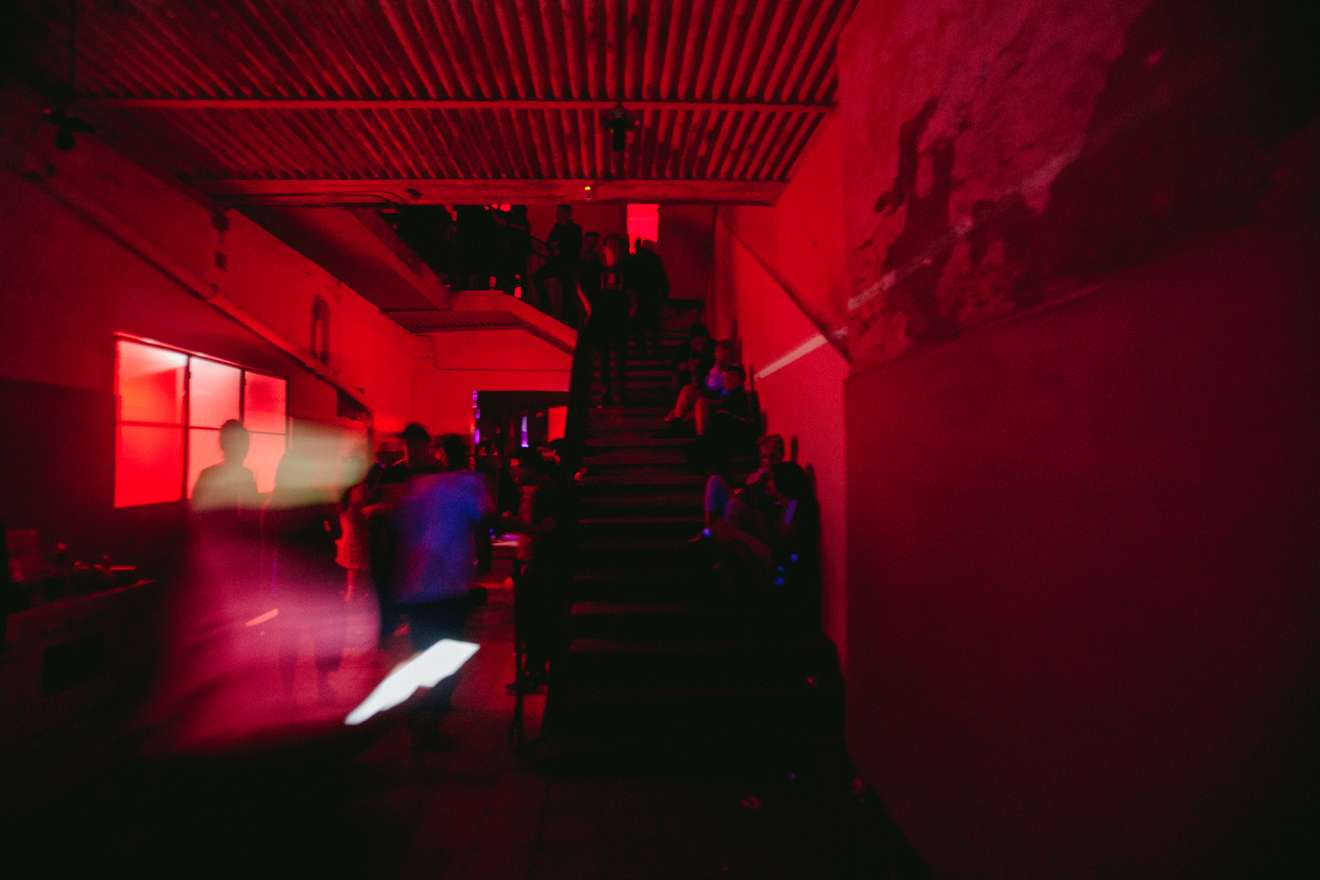 For the closing set upstairs, John Barera and AAAA go back to back, with the kind of frenzied energy that comes way past peak-time. The tempo never dips below 130, and the 303s become cleaner and darker. A few minutes after 6AM the duo play us out with the melodic, disco-infused sounds of Underground Resistance’s ‘Aguilla’. Everyone drifts outside to the staircase, where it has finally started to drizzle.

“The goal of the party is to have a good time with good people,” the EXT crew tells us. “We are trying to create a space where everyone can go and dance. We want to have fun, and have people feel liberated. We’re not trying to be a brand, we are trying to party.” In that, they have succeeded.