Melle Brown's excitement about music is infectious. When we speak to the 25-year-old producer, DJ and radio host in mid-January, her optimistic outlook brightens up the overcast winter afternoon as she talks eagerly about her craft and connection with music.

The sounds she's drawn to are correspondingly warm and uplifting. Hailing from London, Melle crosses the bridge from neo-soul to funk, jazz, and deep, soulful house. She first discovered these styles through the lovingly stocked music collection in her family home, getting a taste for pioneering musicians such as Mr. Fingers, Omar and Moodymann. “It was a different era for music consumption — Shazam didn’t exist at that point!” she laughs. “I relied on my mum coming home with a mixtape that her friends made or some tracks from club nights they went to.”

Since those early days, Melle has weaved her way through DJing, radio presenting, songwriting and producing, studying a music tech specialist degree at the University of West London where she made 2017 debut EP 'Blossom' as her dissertation. Her family continue to play a crucial role in her art, including a sample of her nan featuring on recent single 'Brown Eyes (Golden)'.

Melle has also benefitted from the "priceless" expertise of Jamz Supernova, who signed Melle's second EP ‘Intersection’ for release on Future Bounce in 2019 and has helped guide her through the music industry, and Fred again.. and Kamille, who began mentoring Melle as part of Universal's She Is The Music course last year.

Since 2016, Melle has hosted a bi-weekly show on Reprezent Radio, initially showcasing upcoming talent in the field of “new age smooth”, and now focusing on soulful, deep house alongside emerging talent. She's also now paying the knowledge and support she's gained forward and helping to push young, underrepresented talent to the forefront of the scene through the newly created music service she's set up, Mellody Agency.

Hit play on Melle Brown's soul-stirring Impact mix and check out our Q&A below. 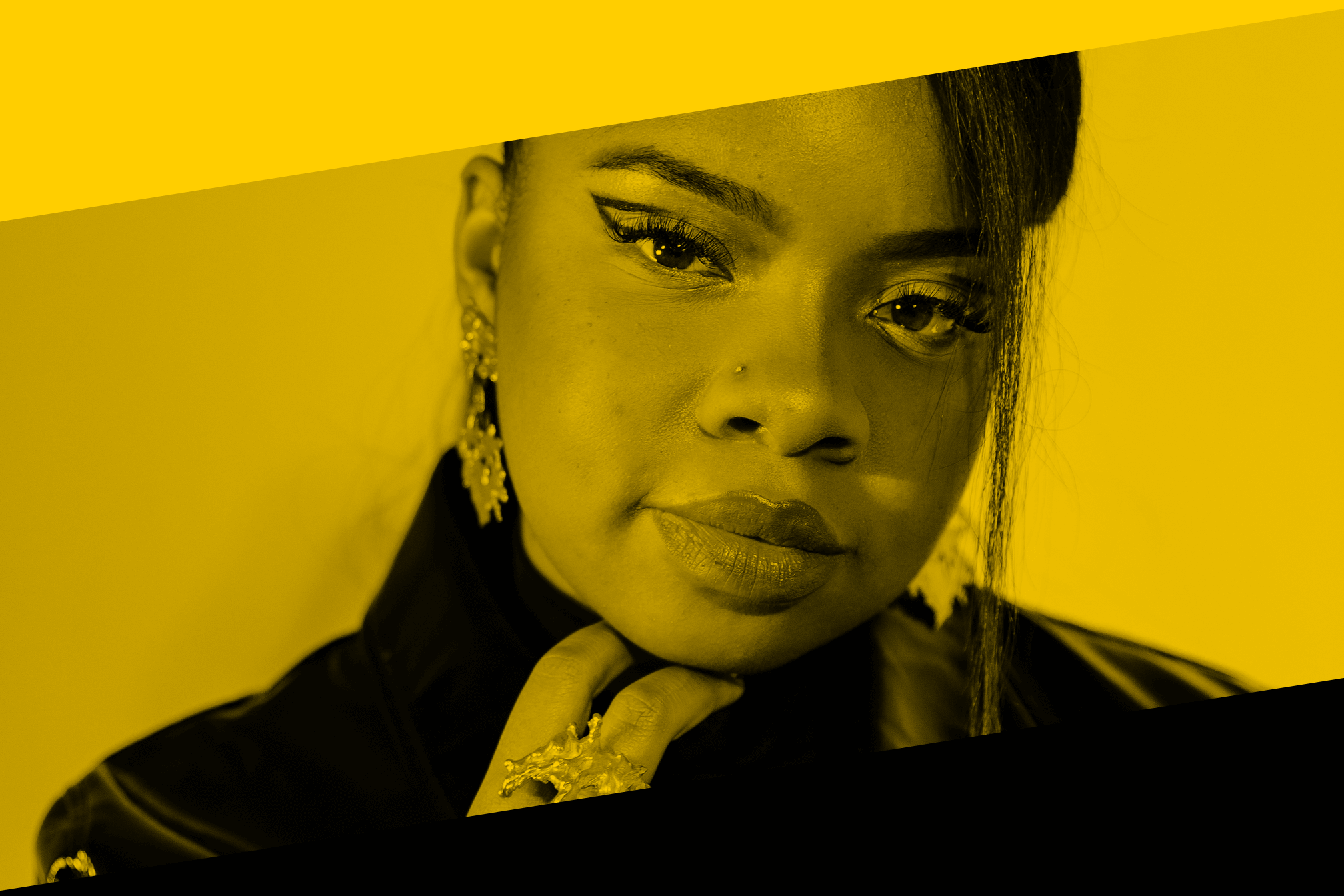 So you’ve become quite an expert in radio hosting, production, and songwriting - a jack of all trades if you will! What came first?

I think firstly I was a lover of music which led me to want to pursue a career in it, but I didn’t know what I wanted to do. I went to the Brit School and studied musical theatre, I really think that was my calling. Alongside that in the summer I would go to the Roundhouse and just try out loads of different courses that my mum put me on, she just wanted to give me something productive to do. One of those was music production and I just kind of stuck with it. It grabbed me how you could have a blank canvas and within half an hour, you were jamming to some cool beat. Music production was always my first love, but it’s also hard to sustain a career in that from a young age so that’s where all the other things fell into it.

Am I right in saying you’ve been releasing music for five years this year?

Yeah! My very first EP was my university dissertation, ‘Blossom’. It was my first introduction to the world of music business alongside my degree: networking, and trying to get my music to the right people. The first person to ever play my music on the radio was Sian Anderson on BBC 1Xtra, so it inspired me to keep going from there. I got a First on that EP and then from that, I jumped into the music industry and volunteered for several different organisations and events, and through that, I met Jamz Supernova when we landed on the same line-up. She was like, ‘Hey I’m Jamz, who are you?’, and I was like ‘I know! Nice to meet you!’, haha! I told her I was a DJ and producer and she was like ‘Oh my god, I want to hear your music!’. I was actually DJing at the time so I just mixed in my song ‘Bloom’ from the ‘Blossom’ EP and she liked it. In January 2019, we started having discussions about putting my next release on Future Bounce which was one of the earliest releases on the label. It blew my mind how well we worked together!

Read this next: In Session: Jamz Supernova

As a mentor, what has she taught you about the music industry? Any life-affirming lessons?

She’s taught me to just be true to myself. She’s always been supportive of women in production particularly, and going with things that are authentic and feel real. When you’ve got someone such as Jamz supporting you in a way like that, it gives your life a sense of encouragement that’s just… priceless. It will always sit with me.

If you look back at that very first debut EP, ‘Blossom’, what’s changed since its release?

My sound has definitely changed. I was always very experimental and blurring the lines between jazz, neo-soul, R&B and house, however, now, my love for DJing has influenced my sound in production. Because I’m playing a lot of soulful and deep house beats, that’s informed my production. I’ve always loved that genre, you can kind of hear it in my early stuff anyway, but I want to try and take it to the next level — that’s going to progress over the next few years. I feel like I’m in a really exciting place because it’s a unique bridge that I don’t think many artists in the UK have fully explored. I’m not talking about the legends, just the women who are producing. There’s a fine line between specialist and commercial music and I’m trying to find a balance between those.

I think there’s a real revival on the horizon for neo-soul and jazz working its way into house music and so on at the moment — what’s the future for these genres? Can you see, for example, neo-soul adapting into something new?

Ooh, that’s an exciting question! I’m an avid soul listener so I love Marvin Gaye, Gil Scott-Heron, Eric Roberson, and even in the UK, you’ve got jazz artists like the Ezra Collective and Emma Jean-Thackeray. I’ve seen the progression in what I used to listen to growing up to the sounds now in the UK, and I think something we’ve always been amazing at is blurring the lines between genres — you only have to look at garage or grime to see the evolvement of these. I do see soul falling back into soulful house, at least if I’ve got anything to do with it! I’d love to work with legends like Omar or Terri Walker and bring it back around to modern-day soulful house. 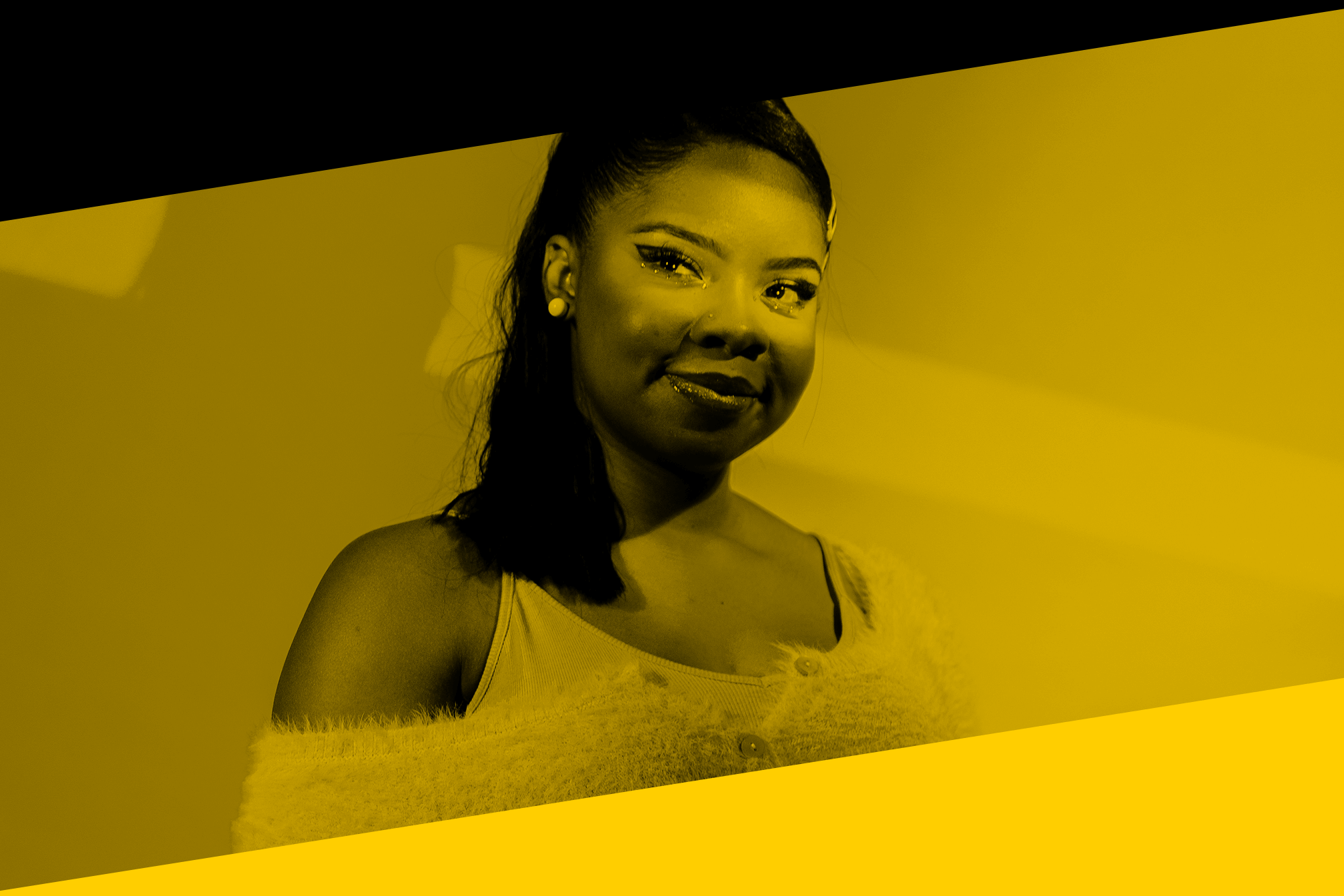 As a radio host, I’m there waving the flag for those of us who are trying something different or those of us who are more underground, and I’ve always done that since I’ve been on Reprezent. I’ve had two shows on there, the first one we would call ‘the home of new age smooth’ where we only played R&B and smooth, soulful music from up-and-coming artists. It gave them a platform to then branch out and grow their careers and reach new fans. Now my show focuses on deep and soulful house and new, upcoming talent. In terms of it influencing my music, all it’s done is made me stay true to my sound and not change for any commercial gain. I want to stay true to my sound which I think is bubbling and you can even hear it in things like tech, it’s a real sign for the revival.

You’ve just released your new track ‘Brown Eyes (Golden)' ft. Angelina & fromLondon, and I saw a post on Instagram saying that you used a field recording of your nan in the track! What were you talking about when that was recorded?

We were talking about the music industry and while this is my comeback release - mainly because of life and COVID - I was trying to secure myself both mentally and physically, I was just experimenting with my sound at the time. So, we started talking about how important it is to just focus on the music and it brought me back to a time when I used to write songs with my nan when I was about 4. We would write songs and make music out of random things, and in that clip, you can hear her saying: “What beat would you make from them sparkles of water?”. She started making her own rhythms and beats and her version of beatboxing, and it was just a really beautiful moment! Something told me to start recording and now it’s a special memory we’ll always have together. A lot of the reason that I do what I do is because of support from my nan and mum who took me to all these music classes when I was younger, and just generally my whole family. It’s a nice full circle and kind of connected the dots.

And now you have a track almost dedicated to your nan!

Yeah, exactly! The lyrics of ‘Brown Eyes’ all fit together - the little girl with brown eyes was me growing up, but that may also be another little girl or boy with dreams and aspirations. It’s also about our generation seeking approval from other people, I just wanted to make something that spoke about these obstacles that might get in someone’s way from achieving their dreams.

Can you tell me a little about Mellody Agency and how that started?

I worked at Warner Records for about two-and-a-half years as a radio assistant and I started to find interesting ways to connect community radio through outside-the-box campaigns. So essentially connecting artists with tastemaker DJs - we’re talking up-and-coming artists like Pa Salieu and Griff, to more established artists like Lianne La Havas and Nines. I started to use my network to find new ways of engaging an audience for this music and talent, I just loved it so much. I have such a passion for reconnecting the community with the music industry who don’t always connect with those people. So, Mellody Agency is basically that - it’s music business with community at its core. This year, the plans are to donate 5% of the fees directly back into the community by putting on workshops and mentorships for young people who want to get into the music industry. I don’t see enough of the music industry giving back and there are holes where bigger artists fail to connect and help out.

I’ve got more singles on the way and a mixtape later on this year, I’m excited because the sound is everything I’ve always wanted it to be. I’ve just been enjoying the process and journey of the music!

Can you tell us a bit more about your Impact mix?

This mix is a dedication to the new age and classic deep house sounds that I love! Mixing between deeper club tracks and more soulful tunes is the sweet spot for me, it’s the universe my mind lives in. I think the juxtaposition is just perfect - giving the listener chords for the soul with a bounce you just can’t help but dance to! Expect tunes from the likes of Ross Couch, Atjazz, Kerri Chandler, JohNick, COEO, Jimpster and many more.

Melle Brown's single 'Brown Eyes (Golden)' ft. Angelina & fromLondon is out now, get it here, and listen to her helm Reprezent Radio every other Monday from 7-9:PM