Six years ago, Larry Heard announced he was hanging up his headphones and leaving the world of DJing, due to hearing damage. Twenty-seven years of hard graft and international travel had taken its toll and he wanted to curtail any future impairment by calling it a day. Cue broken hearts all over the world as the house music pioneer stepped away from the limelight.

Skip forward to the present day and Mixmag experiences Larry’s magic in the heady heights of plush ski resort Verbier for Polaris Festival. Yeah that’s right: he’s back on the international circuit and performing an electrifying live set as a hazy yellow-orange sun sets behind stunning snow-capped mountains.

“[Retiring] was one of those reality check moments, you know,” he says. “People think we live a life of leisure, but this is work. I was tired, I started playing drums in ’77 so I had already been playing a long time.” A self-confessed reluctant performer, he ended up DJing all over the world thanks to his early fame as a producer. But the travel and the years of dealing with loud and sometimes poorly configured soundsystems just got too much. 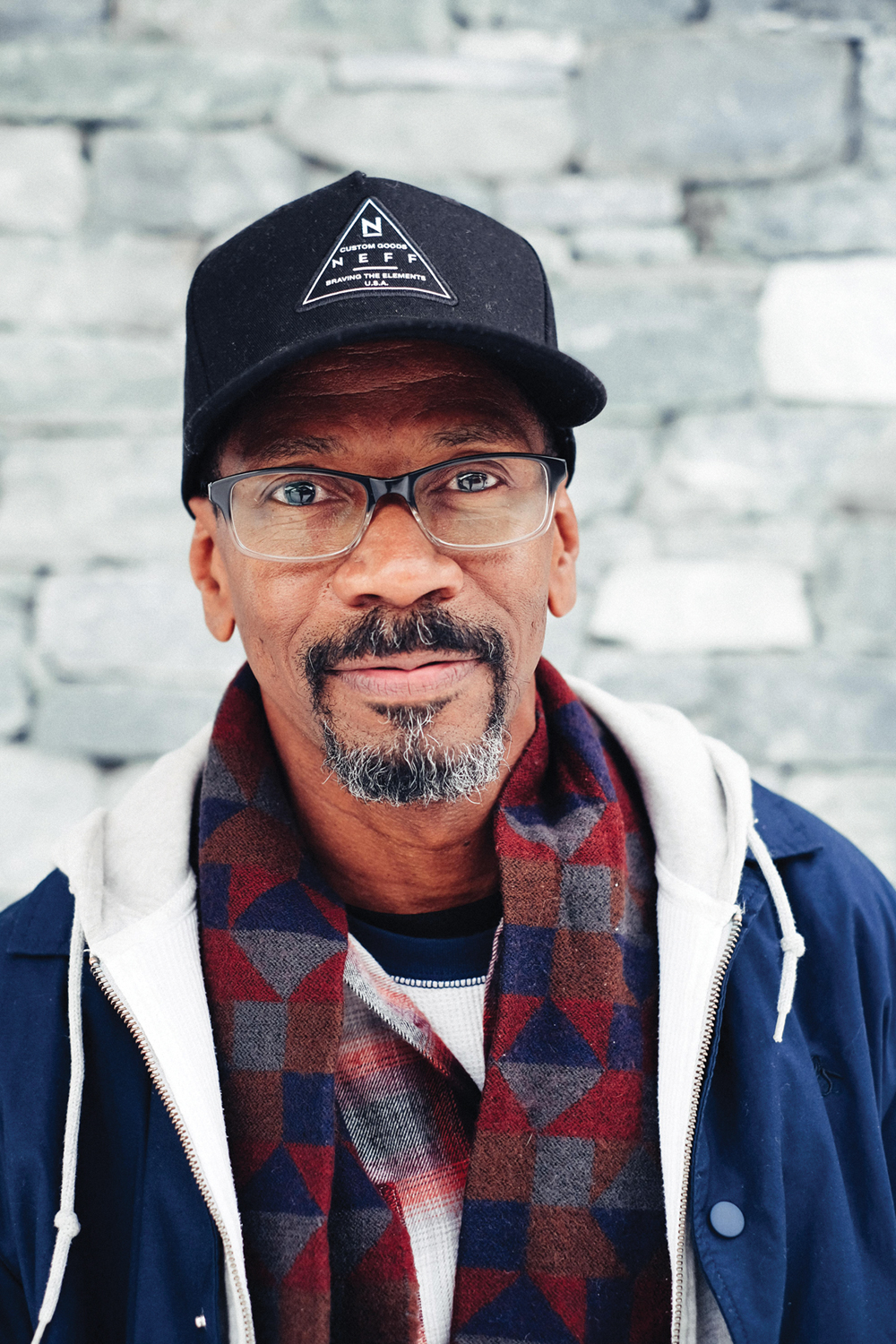 So what brought him back? “Actually it was the guys from Dimensions, Dave Martin and Andy Lemay,” he explains. “They were the ones who came and proposed it to me, so I had to get on the internet and figure out: ‘What is a live show in 2016?’ because everything changes over time. I had a look on YouTube to get some ideas, spoke to my manager René because he’s involved in promoting events, and between us, Dave and Andy, that’s how it came together”. His return to the stage at the Croatian festival formed the foundation of his current live set, which has been tweaked and refined several times in the last couple of years. It’s a simple yet highly effective set-up incorporating a laptop, a couple of synths and Larry himself on the mic accompanied by right-hand man Mr White (who provides vocals on the classic ‘The Sun Can’t Compare’).

The two men create an electrifying atmosphere; Mr White’s interaction with the crowd is spot-on, while Larry’s carefully curated selection of his own timeless work is sublime. He keeps a ring binder in front of him listing all the synths used in his tracks, “Sometimes he forgets,” his manager tells Mixmag.

Larry’s demeanour is calm but you sense a simmering passion beneath, fueled by a belief in the power of music to create community. This is one of the catalysts behind his life’s work, and that perceived connection between music, community and family stems from his formative years, and music’s importance to Larry’s parents and their siblings. “I did a journey down to my father’s home town in Mississippi to meet family down there and of course that night they were playing the piano, singing gospel songs,” he laughs. From one generation to the next, perhaps going all the way back to the times of slavery, the Heard family have been united and comforted by music. 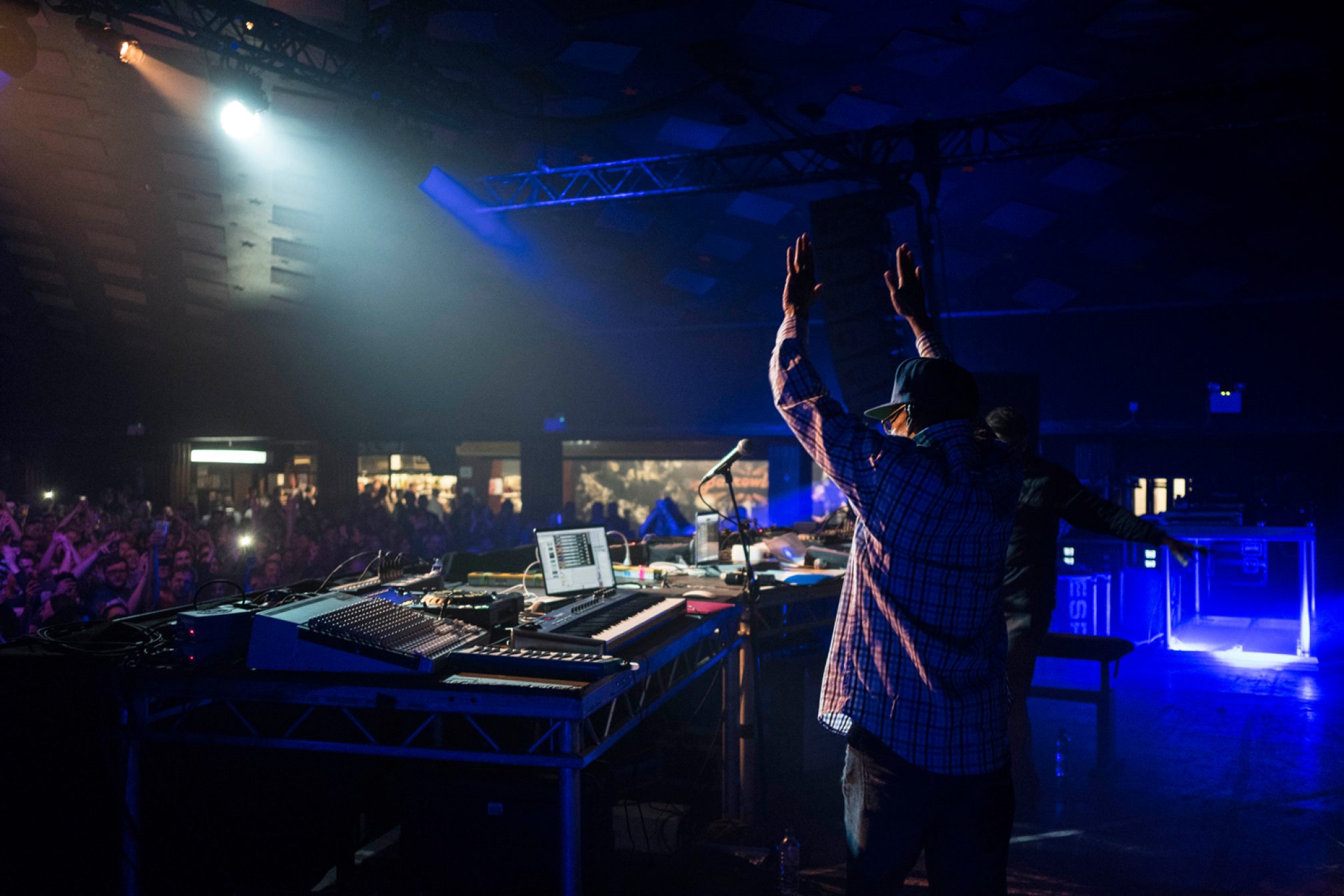 That visit also brought back some darker memories. “[My father] was a bully his whole life and he became a policeman. You don’t know what’s in anybody’s mind when they’re working in a job; unfortunately they have a gun and they may bring baggage from home to work, or from work to home, which is what I experienced,” Larry says, before describing the time his father pulled a gun on him. “He was beating my mother up. I was just trying to stop what was going on. In the end his reflexes were shoot first, think later.”

As traumatic that incident may have been, Larry looks at it from a contemplative perspective. “Back then, black people in the police force – he started in the late 1960s – they were not wanted. They would see people of other cultural backgrounds come in after them and go further, quicker. A lot of his buddies quit the police and ended up on the street; they said ‘I’d rather do this than do that’. I get it.

“I’ve always found music to be therapeutic and my mother was [also]comforted by music,” he continues. “It was the same with my aunt – she was married to a violent alcoholic and she was comforted by music, too. She would sit us down and play us 45s from the Jacksons and the Osmond brothers. She was our personal DJ, aunt Jean.”

This tough upbringing pushed Larry to go out and work as soon as he could, and that work ethic is another cornerstone of his outlook. “There were times when we had a ‘wish sandwich’ for dinner; sometimes we didn’t have dinner at all. I tapped into the reality of pitching in early on and decided to get myself a part-time job cutting lawns, doing anything to contribute,” he explains.

"You have house tracks, the stuff that’s more like a sound effect over a beat. I wouldn’t call that music."

To this day he remains a workhorse, spending all his spare hours in the studio. “My friends call me a workaholic – I was in the studio last Christmas Day. I might have even been in there on New Year’s Eve and New Year’s Day, too!” he laughs. His face lights up as he talks about ‘the work’, although he’s also keen to emphasise the importance of making time to see friends and family.

The therapy many people search for in music comes through during Larry’s sets: his productions are warm, uplifting and full of positive energy. His kind and gentle nature is transmitted through his music, while Mr White adds encouragement and uplifting mantras (“No wars! No walls!”).

Recent studio activity has mostly been centred around making music for his new album. Described as a mix between Larry’s Mr Fingers work (it will be released under that alias) and his 1996 LP ‘Alien’, it has a strong jazz influence spliced with otherworldly sounds and soulful, ambient textures. It’s another example of Larry playing the game by his own rules and leading from the front with his own agenda.

His view on some of today’s house music is scathing at times, though understandable when you hear him explain why: “You have house music and you have house tracks, the stuff that’s more like a sound effect over a beat. I wouldn’t call that music. Music has a movement to it – melodic statements are made – but as a language, house ‘tracks’ are ‘Goo goo gaa gaa’; they’re saying ‘I know a word or two of English and I keep saying them over and over’ as far as communicating in musical language goes.” 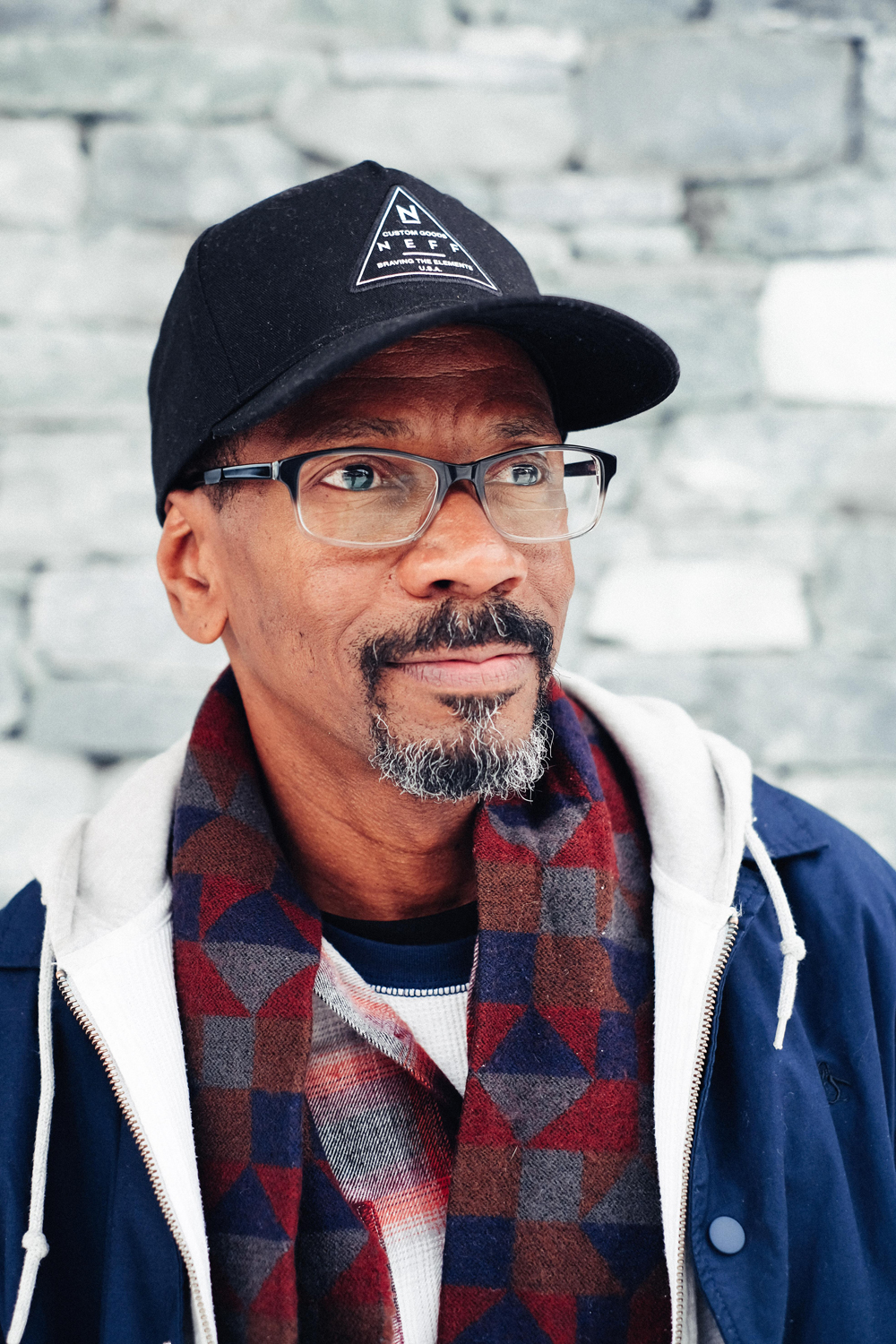 If there’s one thing that Larry would love to make part of his legacy it’s the notion that music and club spaces are open to everyone, no matter what their background. This is especially poignant given the current climate in America, and to a certain extent the rest of the world, in which division and confrontation are becoming increasingly prevalent. In Memphis, where he’s lived for the last 20 years, there are reminders of America’s tainted past everywhere. In fact, when asked about the most interesting places to visit there, Larry cites the Burkle Estate (where slaves were given sanctuary as they fled the horror of their lives) and the Civil Rights Museum (“When you get to the end, everyone’s in tears”, he tells Mixmag).

As you would expect, tensions in the US have affected him subconsciously and he tells us about a recent nightmare he suffered. “I had a dream the other night about being shot in front of my own garage in Memphis. I’d caught someone trying to look in the window and they were so bloodthirsty – or I don’t know, maybe they had it on a bucket list, ‘Kill a black person before I die’,” he recalls.

“A lot of people here, of all cultural backgrounds, probably live a life of hopelessness and don’t feel like anything is possible for them. Every bill you pay has gone sky high, my health insurance is more than my mortgage payment. Who’s it affordable for? Trump and his buddies, probably. So it pays to die, which is probably what they want – ‘Just die so we can get rid of you’ – and then it will just be a nation of wealthy people.” As gloomy as that may sound, Larry’s music – the spirit it embodies – is for him and for so many of us a counterpoint to grim times.

For the duration of the festival Verbier endures the heaviest snowfall for almost a decade, but miraculously the only time the clouds clear and the sun pops out is during Larry’s set. Against a backdrop of crisp white snow and bright sunshine, the man who was there at the birth of this music takes us all to a special place where we’re reminded of the interconnectivity of our souls. As Larry and Mr White play out with a Robert Owens-inspired rework of ‘Can You Feel It’, emotions are at a high, tears flow and a fragile sense of hope fills the air. That is the mystical power of music; and that’s the reason Larry continues to dedicate his life to keeping that spirit alive. Let there be house…