It’s 11pm on a chilly November night, the first properly cold night of winter, and the dancefloor at The Yard is packed, sticky, and hot. NTS resident Eclair Fifi thunders on the decks. Pro-choice Irish and Northern Irish dance music promoters Room For Rebellion are throwing their third night at the Hackney Wick venue, and it’s a triumph. Clubbers dance, laugh, drink and share their experiences of Ireland’s barbaric abortion laws.

The history of dance music is the history of radical social and political change: from disco’s queer, black origins through to the anti-Thatcherism of acid house, and the intersectional feminism of recent collectives like Discwoman. True clubbers are socially liberal, politically engaged, and always have a spare fag for someone in need: these are the maxims of the conscientious raver, and they are sacrosanct. And the issue of choice for today’s clubbers? Abortions — and how to help Irish and Northern Irish women win access to them.

One of the things that makes London actually worth living in — as opposed to being a 3D rendering of wealth inequality in all its grotesque splendour — are the many immigrant communities that contribute to our nightlife, like the Irish and Northern Irish diaspora. Often, we don’t think about what goes on across the Irish sea. We even naively assume similar laws apply there. But you couldn’t be more wrong.

In both Northern Ireland and Ireland, abortion is illegal in almost all circumstances, despite the fact that the United Nations has said that access to abortion is a fundamental human right. These barbaric anti-choice laws are some of the most regressive in the world. Doctors lock Irish teenagers in psychiatric units to punish them for asking for abortions; suicidal rape victims are denied abortions; women are forced to endure the psychological torture of carrying fetuses that won’t survive birth to term, because abortion is illegal in virtually all circumstances. Ireland’s abortion laws have even cost lives. In 2012, 31-year-old Savita Halappanavar died of sepsis in a Galway hospital because doctors refused her request to abort the fetus she was miscarrying. Had she been given the abortion, she would have lived. 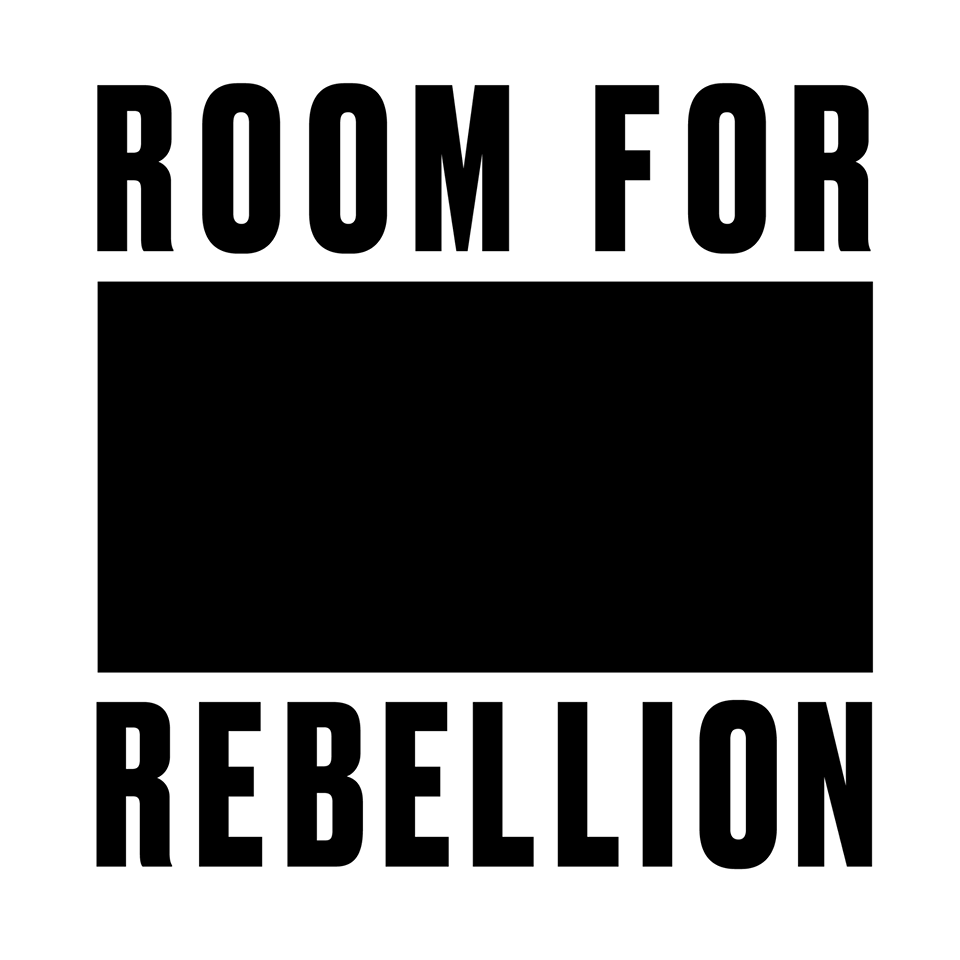 These abortion laws entrench social injustice. Women needing abortions have to travel to the UK for treatment, and pay for the procedure and associated travel and accommodation costs themselves (recently, the British government waived fees for Northern Irish women accessing abortions in mainland Britain, but only those on extremely low incomes will also have their expenses paid for.) Women with financial resources are able to travel for abortions, and those without the funds, or those who can’t travel, because they don’t have the papers, have childcare commitments, or a controlling partner, are literally stuck: forced to continue with an unplanned pregnancy against their wishes.

But female-led collectives like Skirt and Room for Rebellion, a talented team of young women from Ireland and Northern Ireland which includes founder Isis O'Regan, Hollie Boston, Anna Cafolla, Jess Brien and Cait Fahy, believe that clubbers should care about their sisters across the Irish sea and that nightlife can be a powerful tool of solidarity and support.

“I wanted the women and girls in Dublin to know that even though we’ve left Ireland we’re still in this with them, angry dancing and fighting for their right to choice,” explains founder Isis O’Regan. Since then, the parties have grown, raising over £3,500 for pro-choice charities the Abortion Support Network (which provides financial assistance to women travelling to the UK for abortions), as well as the Coalition to Repeal the 8th Amendment, which campaigns to overturn Ireland’s abortion laws. But it’s not just about fundraising: it’s about changing hearts and minds.

"A lot of people I speak to here in England aren’t actually aware about the laws in Ireland and Northern Ireland; education is key to changing opinions and there’s no better way to do that than dancing," says Hollie Boston. 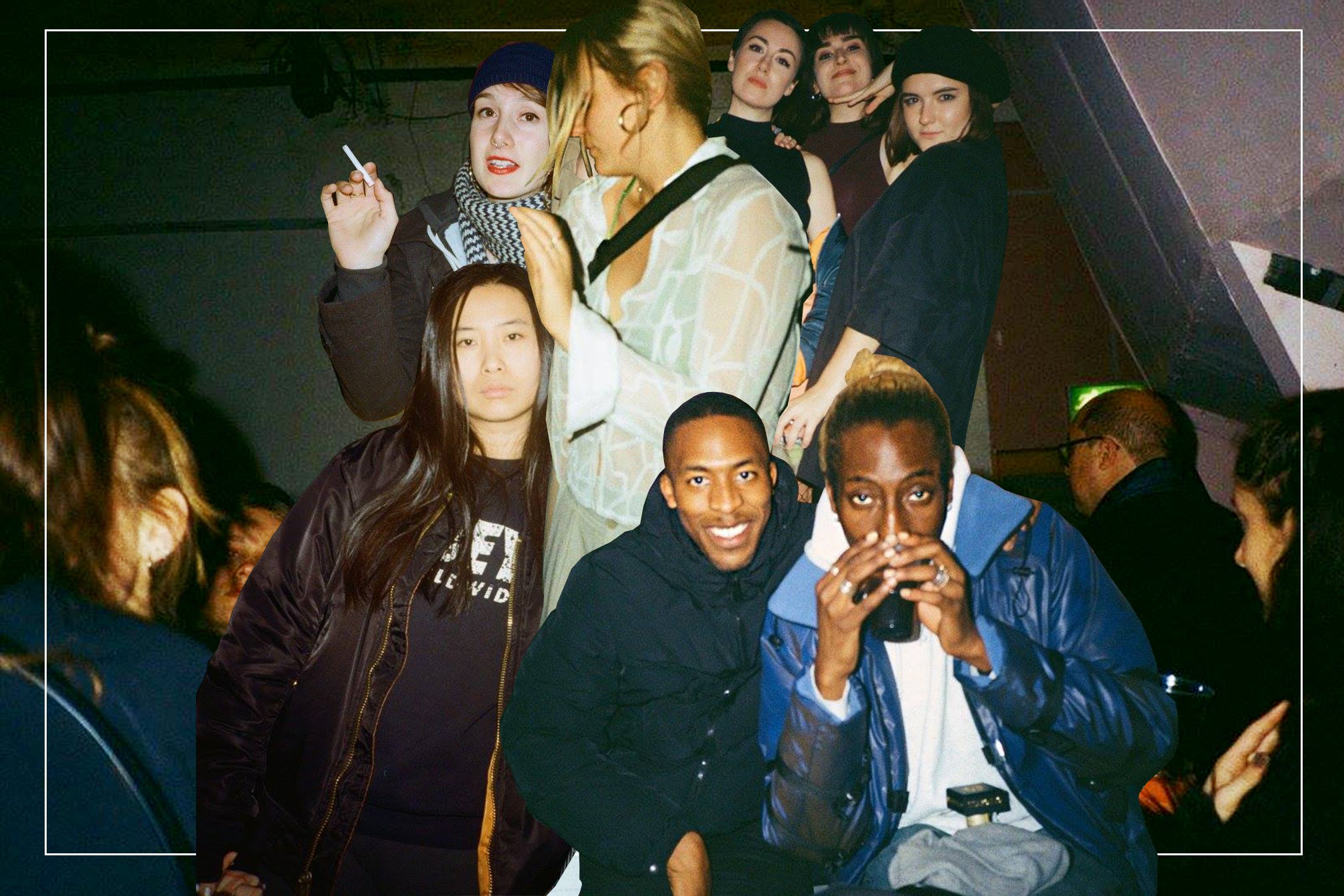 “We’re so proud of Ireland and being Irish but we really want to work on challenging the laws and perceptions of being pro-choice,” says Belfast-resident Jess Brien. “It’s so sad that there’s a lot of negativity and vitriol when it comes to being pro-choice back home. The pro-choice movement is big and beautiful and present, but the anti-choicers have the political ear. We, along with so many other amazing groups at home, strive to change that.”

Room for Rebellion isn’t the only promoter throwing parties in support of abortion rights, although arguably they have the most credible underground roots. SKIRT has been throwing club nights for the last five years, fundraising in aid of pro-choice charities. “We wanted to raise money for Education For Choice (and later Abortion Support Network), plus we also wanted a safe space for everyone we knew to come and dance to fun music,” says co-founder Laura Lewis. “Our tagline is 'Liberté, Égalité, Beyoncé!' and Destiny's Child will often get played a fair few times! I guess we aim to entertain, rather than educate with the music we play.”

Room for Rebellion aims to present inclusive, women-centred line-ups at their parties. “We had the incredible local DJ Marion Hawkes down to our Belfast gig with Gash Collective’s Lolz and ELLLL. These chicks were all Irish which was awesome,” says Brien, telling me that she’ll be looking for Irish talent for their forthcoming Belfast party, in February next year. Anna Cafolla singles out hosting ELLLL (part of the GASH collective), at a Belfast event as a high point. “She’s is a major Irish force to be reckoned with and an expert in those sprawling, dark soundscapes you can just disappear into,” she says. “I also fucking love Eclair Fifi too. She can obliterate your mind and the dancefloor.”

For both Room for Rebellion and Skirt, the pressures of being a promoter are far outweighed by the joys they take in turning a depressing, negative thing — Ireland’s regressive anti-choice laws — into a space for community, solidarity and dance. 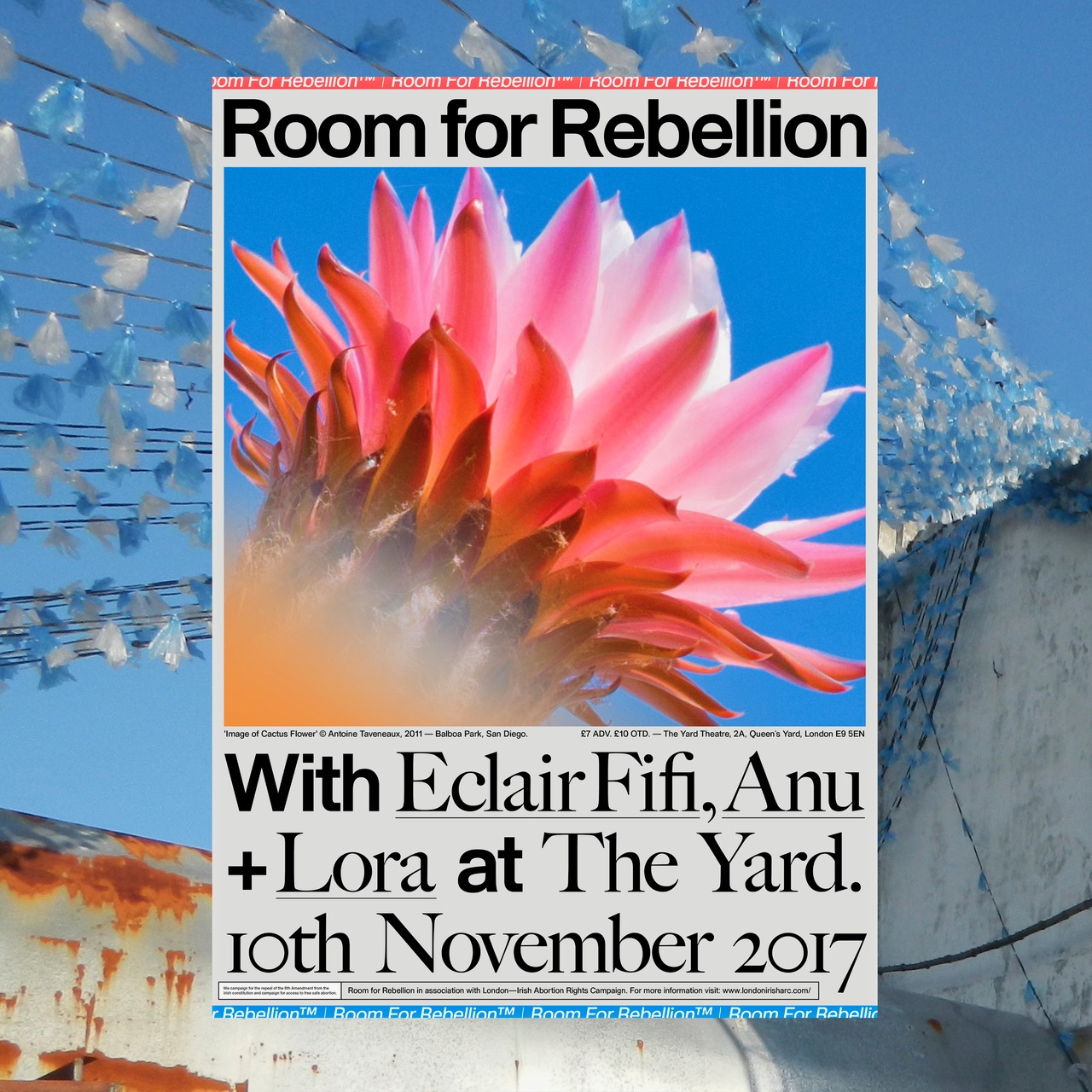 “Being a promoter is fucking tough but addictive!” says O’Regan, saying that only now is she really able to relax and enjoy the party. “The momentum has been growing steadily with more and more and support and love coming through. First one I was so on edge and just kept asking everyone if they were having fun. I’ve stopped doing that and just let people dance which is working, surprisingly!”

Her co-promoters feel the same. “We cried a few times at our first Belfast night – first out of stress because we were fucking up the live stream and then for joy because it was pumping with people and everyone was so positive with what we were doing,” agree Brien and Cafolla.

And there’s never been a better time to party for abortion rights. Next year, Ireland will hold a referendum on repealing the 8th amendment to the Irish constitution, which specifically prevents abortion. ”I’m really hopeful that the law can and will be changed to provide safe and legal abortions for all who need them,” says Lewis. “The world is looking at Ireland and finally hearing some of the struggles that women and others seeking abortion go through there. All power to the amazing campaigners who are pushing and pushing against years and years of oppression and disavowal of such a basic human right. I've got faith in them, and of the younger generation to stand up for what's right,” agrees her SKIRT co-founder, Laura Hurley.

Abortion rights aside, all the women I spoke to for this piece are just trying to help people have a fucking good party in dark and difficult times.

“We see ourselves as a political party,” Room for Rebellion tells me. “As long as our governments continue to use women’s bodies as pawns in a political farce, we’ll continue to gather, play music, angry dance and make cash to help people access vital healthcare.”

Sirin Kale is the Staff Writer at Broadly and a regular contributor for Mixmag, follow her on Twitter