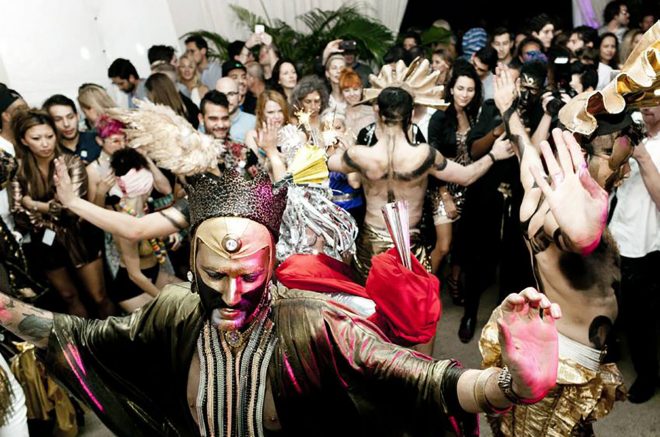 Notoriously well known as one of the most over-the-top, sequins-in-your-face parties of the city, A Club Called Rhonda's presence is as impossible to ignore as its attendee's avant garde fashion taste, most oft made up of leather, harnesses and crossdressing - and that's only on a tame night.

Incepted by co-founders Gregory Alexander and Loren Granic, Rhonda has accomplished the exact goal her creation was intended for (Rhonda, though not a real woman, is the beloved, faceless feminine embodiment of the party). A hedonistic experience as most parties aim to be, Rhonda specifically emphasized a sexual freedom that stemmed largely from Alexander's own oppression of his homosexuality.

The party evolved from one-offs that jumped around the city's many venues to finding a permanent home at Los Globos in Silver Lake. Rhonda has seen many a prominent DJ flit through its doors (The Martinez Brothers, Felix Da Housecat, Seth Troxler, Simian Mobile Disco, to name a few) and continues to hold its ground as Los Angeles' mainstay, offering all the proud and loud wild childs of the city and beyond, as Rhonda continues to expand past just its Southern California stomping grounds and into new territories.

We just hope they're ready. 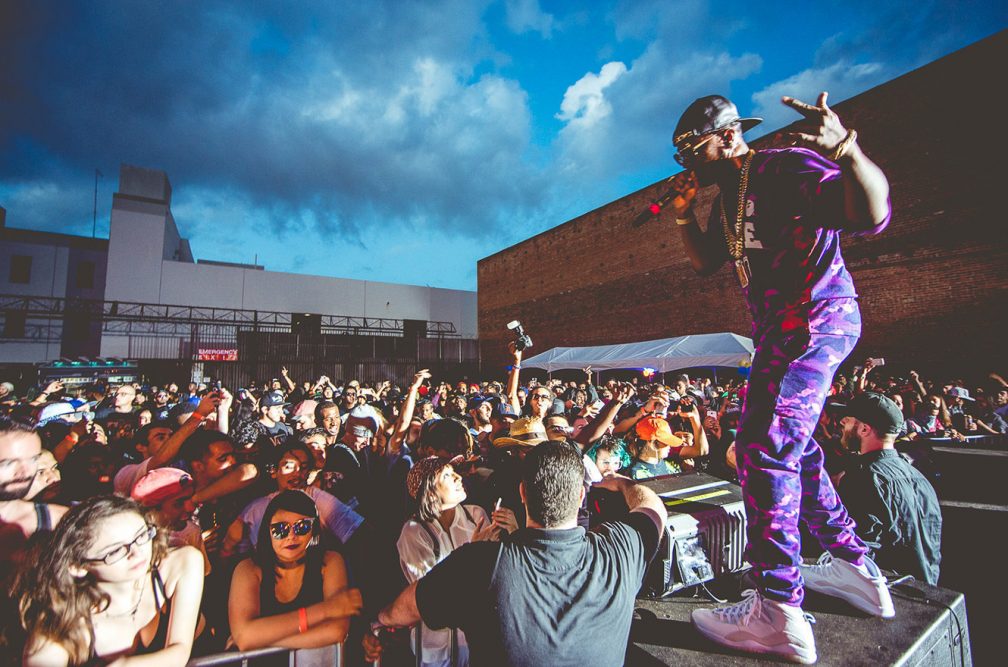 The story is all in the name of IHEARTCOMIX.


Founder Franki Chan moved to the city with the initial dream of becoming a comic book artist (hence the name), but was eventually pushed towards taking what he then thought would be a temporary DJ gig after facing financial difficulties.

IHEARTCOMIX, unlike most other successful, but relatively newer parties on this list, has been around and thriving for over a decade in the city of Los Angeles. Chan originally teamed with Steve Aoki (before the superstardom and definitely before the cake) after bonding from their shared roots in the underground punk scene in hopes of providing a different experience than the typical bottle service outing that was the dominant night out in Los Angeles then.

What launched Franki and his eventual party brand into success was his ability to recognize exactly that - the lasting power of establishing a brand. As his parties (with Aoki) began to grow larger, he saw that previously unknown artists they booked were becoming recognized and launching into their careers, and realized he was onto something. "Stand out and think beyond the party," Chan offers as advice to the younger generation of party brands arising in his city. "The world doesn’t need more of the same. If you’re gonna jump in, it’s essential to bring something new to the table."

Franki went on to independently establish IHEARTCOMIX and took the title as the first promoter to rope in Justice for a performance in Los Angeles in 2006, the first of many accomplishments that have allowed him to remain a leader after so many years. He sees IHC as one of the founders of the "party brand" phenomenon in the city and enjoys watching methods he first implemented in the early years resurfacing and being improved upon with each new brand that bubbles up.

"I can’t think of another city or time that has produced as many influential and franchised party brands as Los Angeles. It’s incredible and has affected music in massive ways," Chan said, recognizing many of the parties on this list as some of the most successful series that have been able to master the "brand" in a way that lures more and more party goers in with every new edition.

Now, IHEARTCOMIX continues to nail the perfectly obsessive niche point of music, which sees it now taking on a brand new streaming initiative simply titled PARTY STREAM that unites music, gaming and a high-end level of production that Franki explains is "rarely seen in the streaming community".

IHEARTCOMIX continues to be a cornerstone of the city's blossoming party culture, leaving behind something of a legacy in its own right as Los Angeles continues to usher in the next wave of party-loving kids.

Valerie Lee is Mixmag's West Coast Editor and will bring you as her +1 to the next party. Follow her on Twitter