When, in the 90s, a group of French DJs and producers brought Gallic magic to disco, Chicago house and then unfashionable 70s pop, it created one of the most fertile movements in dance music history: the ‘French Touch’. The records Thomas Bangalter, Cassius, Alan Braxe and co. made remain worldwide weekend staples to this day.

Over 20 years on, a bevy of young artists are drawing on very different and much broader influences to create a scene that’s seeping into all corners of the city, fuelling a distinctly Parisian take on house and techno, leftfield disco and proto-pop that’s resonating throughout the French capital’s queer parties and DIY raves alike. Meet the faces of the new Parisian underground; could this be the French Touch 2.0?

By day OKO DJ heads up LYL Radio Paris, curating Paris’s everyday vibes. By night, her fondness for tropical club trax with the added experimental grit of the Parisian underground is defining her as a selector.

As part of the Bruits De La Passion (BDLP) collective alongside DJs Gumbo, Jita Sensation and Ali Bobo, 27-year-old Tordjmann is turning hidden pockets of suburban Paris into makeshift rave spaces. “People know how to do things at a free party, and if you allow people to be free it makes everyone grow up with music in a certain way.”

BDLP has welcomed all sorts of new sounds to the city, from Wolf Müller and Suso Saiz to Invisible City Soundsystem. Their parties really mix it up: tectonic new wave and Drexciyan pulses flow between island disco, Afro and warped boogie in a single night. “Sometimes in Paris the hype tends to rule everything, but we push people’s curiosity and ignore stylistic barriers,” says Tordjmann. “We’re taking you out of your comfort zone and creating encounters between people. That’s how things happen.” 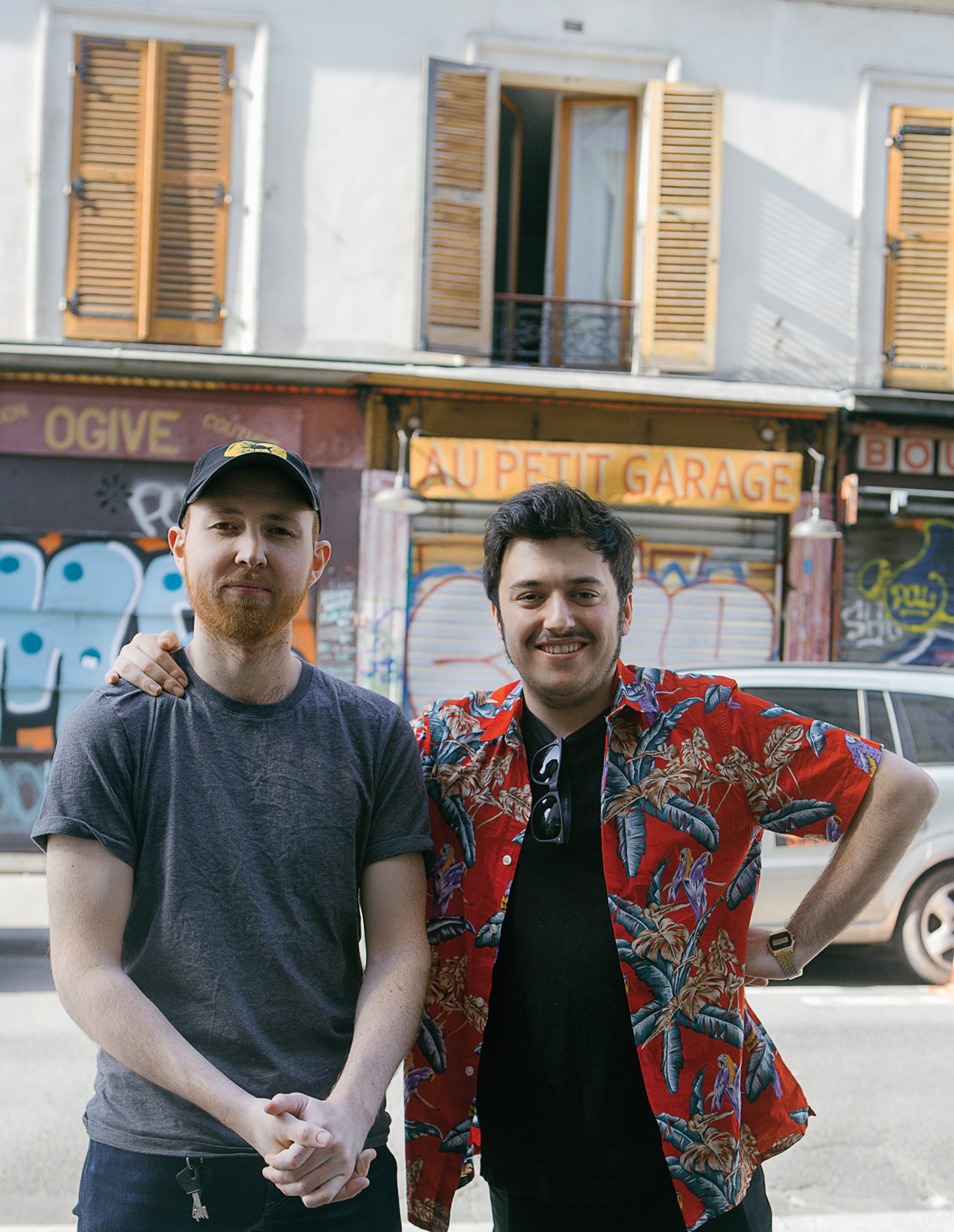 “There are tons of records here in Paris just lying around waiting to be played,” explains 24-year-old Alan Briand who DJs as Shelter alongside pal Master Phil. “Records from Africa, the West Indies and Brazil. It’s a massive cultural mix, and we’re trying to make music that reflects that.” The pair demonstrate their passion for unearthing far-reaching global cuts with their Plaisir Partagé and Edits Du Plaisir imprints.

Releases from Barnes & Wobble, Hysteric and proto-disco from Emerson have made the label a Parisian playground for the obscure. In the banks of their Edits Du Plaisir sub-label you’ll discover blissful, six-minute-long drum marathons that disregard dancefloor norms, or in ‘Banzawa’, Shelter’s 2017 EP, tunes almost genetically designed for a DJ Harvey marathon. Their DJ sets are filled with rare cuts that you’ll only find in their bags, but they remain humble about their ability to unearth buried treasure. “We have something that not everyone has,” muses le Maitre. “But every place has its secrets.” 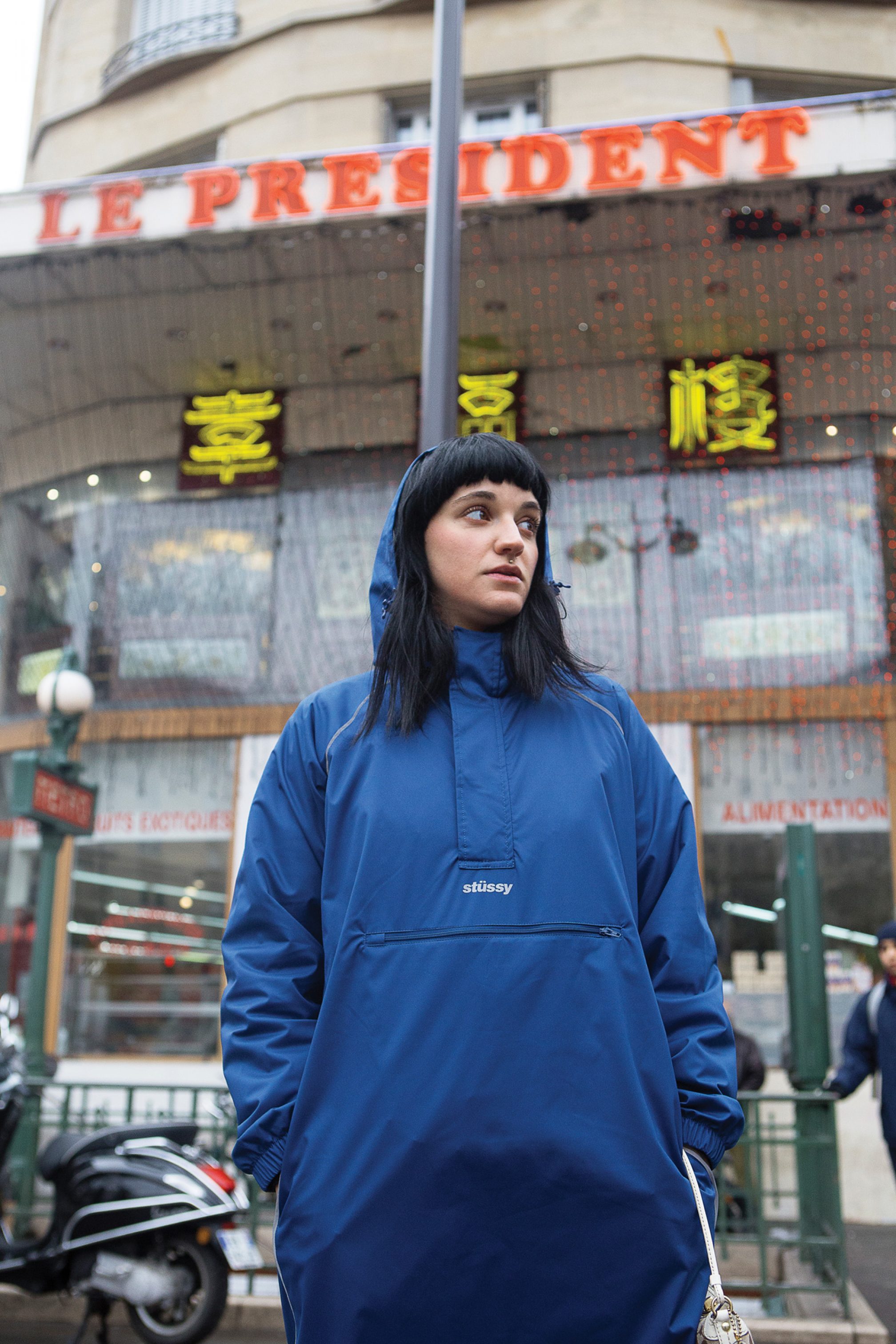 After spending time in New York and soaking up the East Coast’s fertile dance music scene, Aurore Dexmier came back to France with the spark to start her Miley Serious moniker. “I decided to quit everything, my job, my life, just to be in New York for a moment,” says Aurore, now 29. “It was intense and hard, but everything I do now came together there.” Immersing herself in DJ sets from Discwoman, Ron Morelli and Terekke and spending countless nights at cosy Brooklyn techno hangout Bossa Nova Civic Club inspired Dexmier to fully throw herself into electronic music on her return to the French capital.

Now she’s a Rinse France regular and runs 99cts, a zine and cassette label that harks back to rave’s DIY, pre-social media days, putting out releases from Codeless, Alter D and Ole Mic Odd. “I’m not a producer and I don’t want to be a producer.
I’m a digger,” she explains. “So for me, the label is the best way of putting something I want to hear out there into the world.” 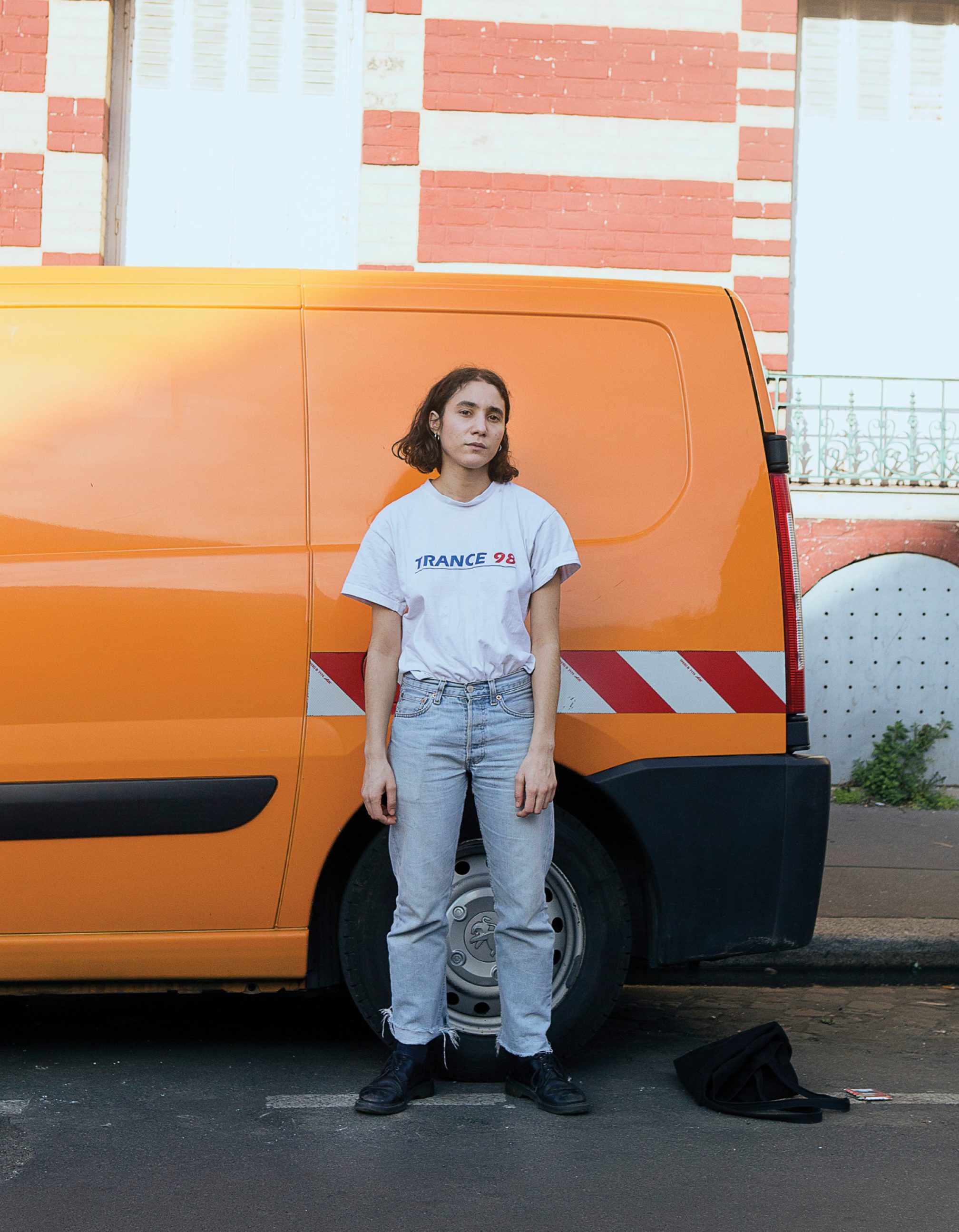 “I was attracted to rave music because of its aggression, but if you look at trance, or hardcore, or old techno records, it’s very melodic too,” begins 24-year-old producer Soraya Daubron who, as Sentimental Rave, brings a delicacy to genres often dismissed as abrasive. “That’s why I see rave as a sentimental kind of music.”

Adopting the Sentimental Rave name just two years ago, Daubron is a self-confessed outsider – but rave and hardcore exist today thanks to such outsiders. A vibrant Parisian queer scene that celebrates freeness in all its forms and the influence of contemporaries in Chloé and Rebeka Warrior has gifted Daubron a ‘no rules’ mentality that’s evident in her music, and she’s taking old-skool above ground. She’s soundtracked strobe-lit basements alongside Björk collaborator Arca, and kaleidoscopic pop mastercrafter Danny L Harle is a fan. “I’m a huge lover of gabber, trance and techno music, I’m a woman and I’m gay,” she says, earnestly. “I have my differences, and I prefer that.” 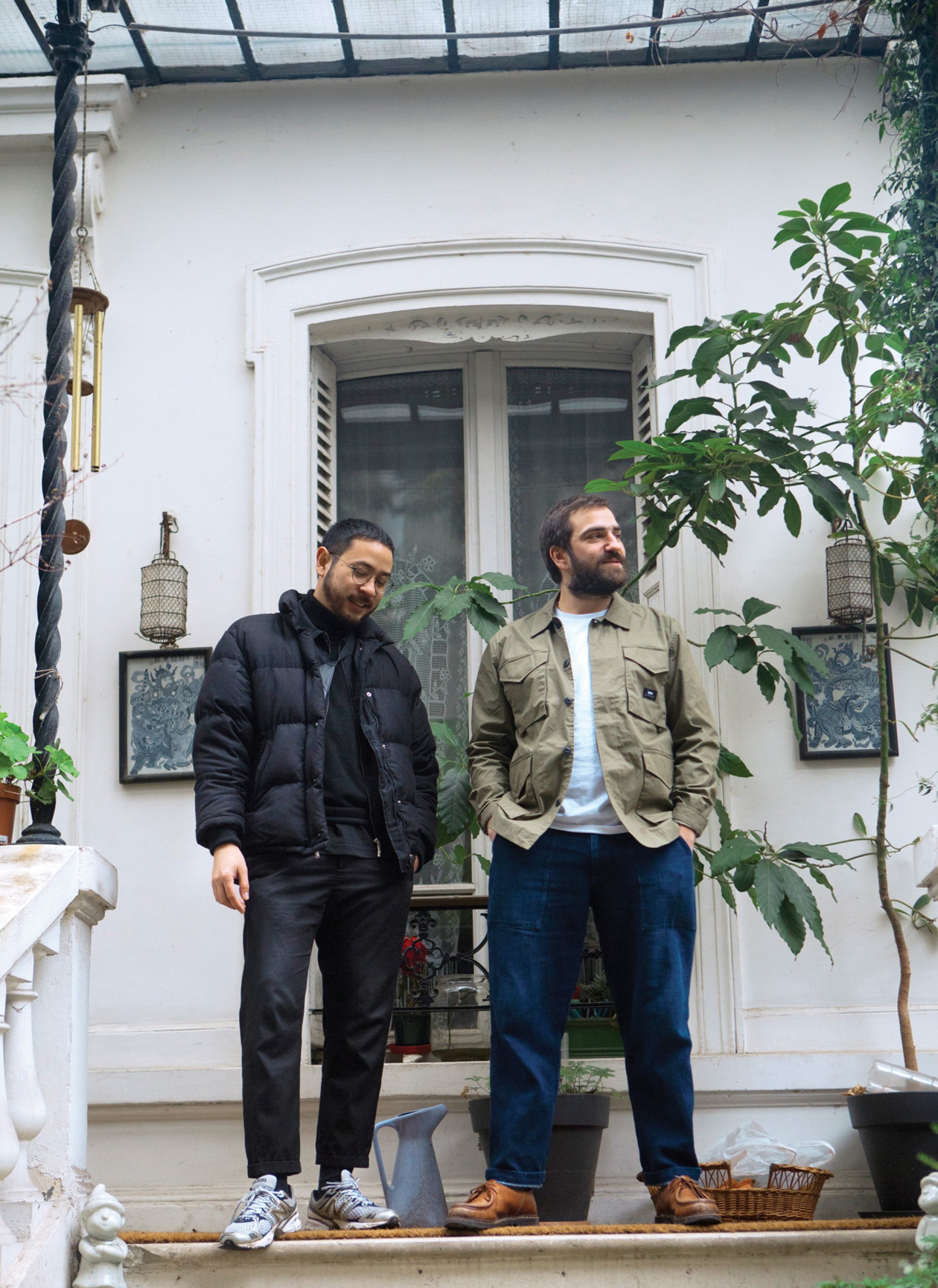 For just over six years 32-year-old Zaltan’s Antinote imprint has releasing electronica that speaks to the heart as much as it does the feet. Embodying that ethos is 35-year-old Dang-Khoa Chau, who as DK pulls from his dual Vietnamese and French heritage to create richly textured moments of escapism. “I try to create a unity between all my records,” says the producer, who first started making music a decade ago alongside Parisian producer Low Jack under the name Darabi. “It’s important I propose something different on each release, but at the same time, bring my own touch and be singular.”

“‘Weird’ and ‘emotive’ are nice words to describe us,” says Zaltan of his label where Raphaël Top-Secret, Salon Des Amateurs resident Tolouse Low Trax and the tripped-out electro of Leonardo Martelli all find a home. “I wanted to show that house music, experimental, ambient and leftfield sounds can all fit together,” he continues. “And I wanted that new sound to come from Paris.”