How did you get involved with Dirtybird?

We started off as friends doing the park parties. It was like, “Hey, these guys want to get booked, so we should throw our own party to get them booked.”

I had some picnic tables and some coolers, Christian Martin brought the sound system, we started in our friend’s garage… so at first, I was planning and organizing the events. I used to get up and go to the park at 6 in the morning to make sure that families weren't there for their kid’s birthday party.

Would you kick them out if they were?


Yeah… (Laughs) We’d tell them we were going to have loud music and that it might not be the best for their family picnic.


We’d rent a van to get the sound system from a friend’s house and drive it over to the park. It was all about the set up to make sure everyone would have a good, fun free time. There was a go-get-gas mission for the generator, or someone’s gotta pick up breakfast before Chris (Grillson) gets over and starts cooking. Once it got bigger than the $25-dollar-park-permits, we had to get amplified sound permits, gathering permits, a park ranger and extra bathrooms. It became a real thing with a real process.

It seems like the main priority of your job is to do whatever it takes to make it work.

I took four years off to focus on another job. Eventually, Barclay told me I needed to come back because we were losing the family feel and they didn’t have me there to tell people to stop being punks. Some people call me The Rave Butler.

I’ve been doing this with these guys for so long, you get to know what people want and need. Even with all the other spontaneous things that happen in between, we know it’s going to start well, end well and everything in between will be a bunch of fun.


There’s something very special about the family bonds of Team Dirtybird.


It’s special to be a part of something like this. It’s rare. We started as a group of friends who did normal things like going out to drum ‘n bass shows together or had ‘Conversation Tuesdays’ at the Lion’s Pub where Justin Martin was bartending and Christian was playing records to practice. And then this comes out of it? It’s neat. 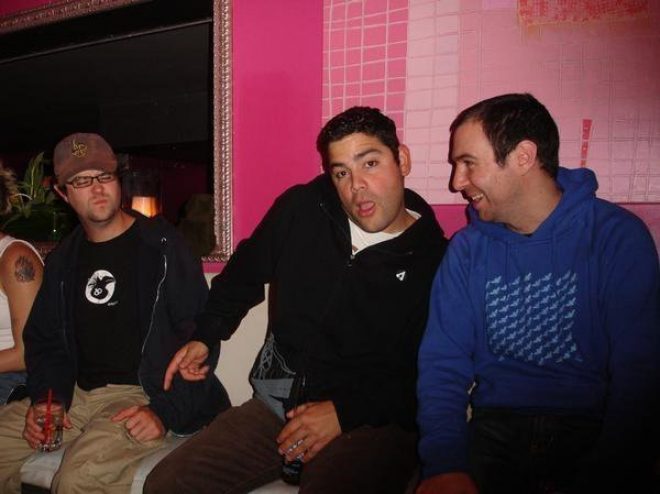 I imagine that when you are as close as Team Dirtybird is that some strange things can happen. What’s the oddest thing you’ve ever had to do for work?

I’ve got a couple, but I don’t know if I can tell those stories…


But you have to give us one or two.


Justin’s done me in before, so you know what. I’ll give you a few.


It was at HARD Day of the Dead Dirtybird BBQ - really dark - and Justin had gone to the bathroom. He was using his phone as a flashlight and then it fell into the Port-a-Potty. He picks it up with tissue, comes walking back on stage… Barclay was playing, and I see him and make eye contact and he’s just got this look, like “Oh shit.”

He comes walking right to me and instantly, I’m like “What happened?” He tells me he dropped his phone in the toilet and he tells me it’s in his backpack! So I run over to the hospitality bucket, grab two cups and a stack of napkins. It’s in a side pocket of his backpack so I grab it with napkins, put it in one cup and cover it with the other, so now it’s in a cocoon of cups. Then I shoved it back into the backpack pocket and hand sanitized everything.

There might be worse stories - maybe from Holy Ship - but that one was definitely one of the weirdest moments. There are so many though. 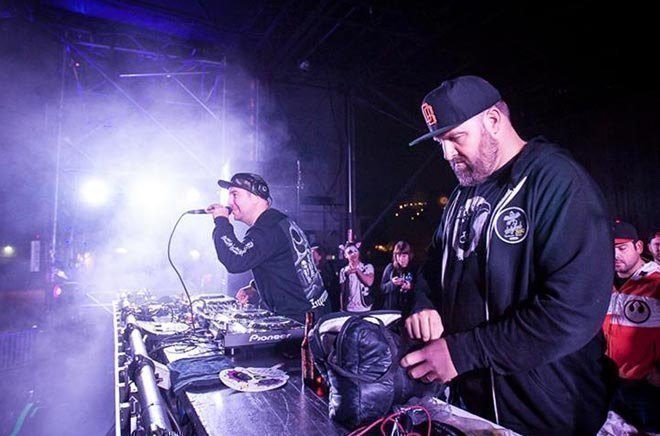 Justin and Barclay at HARD Day of the Dead 2014. If you look closely, you can see Fernando in the right corner, probably cringing from Port-a-Potty residue.

One of our early photo shoots was with Chris and Justin for the Martin Brothers. They were sitting in a tub with champagne glasses with egg yolks in them. During the shoot, they needed someone to dress up in the bird suit. I despise putting on that suit – it’s the hottest thing ever – but I said I would do it since we were just in a house and not going anywhere. So I went to go change into the bird suit.

Later, Chris decided he didn’t want to wear his real pants into the tub, so Justin said he had a pair of pants in his room that were dirty that he could wear instead. Of course, Chris grabs my pants on accident and gets in the tub. When the photo shoot was over, we realized what had happened and that my pants were soaking wet.

So I’m just wearing the bottom part of the suit, the chicken legs, without the head. Everyone decides to go to the Lion’s Pub and I was like, “Wait! You guys can’t go to the bar, I don’t have pants!”

So did you end up going to the bar with the chicken pants on?

I had the bird suit on and sat at the bar. Drinking. 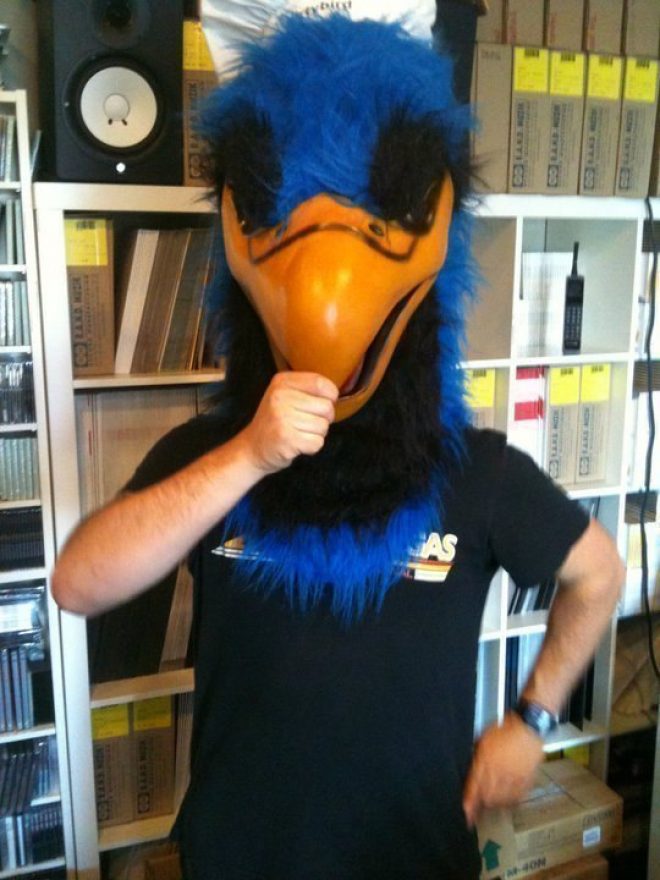