You know the sound: the kind often described using phrases that include the word "booty" and "bounce".

And you know the faces: think of Justin Martin's infectious smile and affection for pizza, the allure and awe of the tiny, but powerful J.Phlip and none other than Claude VonStroke's lovable role as the leader of the Dirtybird pack.

Dirtybird is home to a special roster of artists, but beyond that, it's a collective that has managed to perfect the balance of beloved personas, respected taste and talents while still being the down-to-earth people you trust to show you a good time.

Already, most are familiar with the strong, bursting personalities of the musical minds of the collective, but with a run of Dirtybird BBQs across the United States and Dirtybird Campout on the horizon, Mixmag went behind the scenes of Team Dirtybird to unveil the faces and names you might not know quite as well.

Unsurprisingly, the personalities behind-the-scenes are equally robust and the stories are aplenty from the men and women that work around the clock and which make up Team Dirtybird. Get to know Deron, Fernando, Aundy and Barclay himself below... and get ready.

It's almost time for Dirtybird BBQ and Campout! 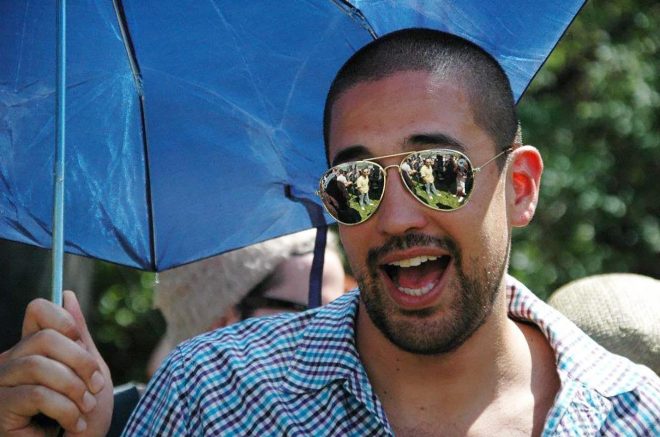 What do you do as the Label Manager?

When Barclay says, "I want to sign this record," I take it all the way through. It involves getting artwork, getting marketing materials together, getting it to our PR team in the US or Europe, our physical distributor, our digital distributor, negotiating deals, making sure everything is delivered on time and setting up remixes.

For Justin Martin’s ‘Hello Clouds’ album, I worked with Justin side-by-side through that whole process: determining how he wanted the track list to go, how he wanted it to be mastered, coming up with a release plan, a marketing plan and executing it.


The artists say what they want and I make it happen.

I was going to ask what a day in the life is like for your position, but it sounds like every day might be very different for you.


Right! We have our releases planned out through November, and they’re all in various stages. For example, we just got the masters for a Will Clarke release just now before this phone call and I’ve also got the artwork for a Dirtybird Selects release that I’m commissioning with one of our artists. Then I’m getting an illustration customized for the Campout compilation… then, we’ve got Walker & Royce coming out tomorrow, so tomorrow is going to be about making sure that artists and management have all the release links to all the stores, including Birdfeed…


What’s the secret? How do you balance 20 different things going on at the same time?


Really good organization! We plan everything in advance – though there are some fires that come up – but for the most part, everything is done well ahead of time so we don’t run into issues, so it’s just a matter of strategic planning with everything.


It sounds like it takes a very specific type of personality to handle your role. How did you come into your job as the Label Manager?


I was one of the co-owners of Stompy, a digital download store that started in 2004 two months after Beatport started.

I’ve also known Justin, Barclay and Fernando since way before even that. We’re all from the San Francisco scene. Dirtybird launched in 2005 a year after Stompy, and because of our natural relationship, we were one of the first digital stores to put Dirtybird on our store, before Beatport. We watched them grow and remained really good friends.

I still am also the Managing Director for Paradise Distribution. So I actually run a distribution company too.

Dirtybird needed someone with my experience from Stompy – knowing a lot about Beatport and Traxsource – but also experience on the distribution side. I also used to throw events with Stompy, so all the pieces of my skill set fit.

There are certain labels that have managed to become more than just a label and instead have become more of a lifestyle. Dirtybird is one of them. How do you think that was achieved?


Nowadays, it’s very hard to just be successful just as a label. You use the label as a brand, but at the same time, you still need the music that is the backbone to guide all the other verticals.


Dirtybird has always been accessible. You can go up to Justin and give him a piece of pizza, go up to Christian and Barclay and take pictures. People used to come and it would be Justin’s parents that were making BBQ and giving away burgers and steak to everybody. That was a metaphor for Dirtybird. It was: “Here’s what we have to offer, it’s all yours too. We’ll do our best to make sure it’s unique and exciting.” That was the guiding force for the success of the brand. 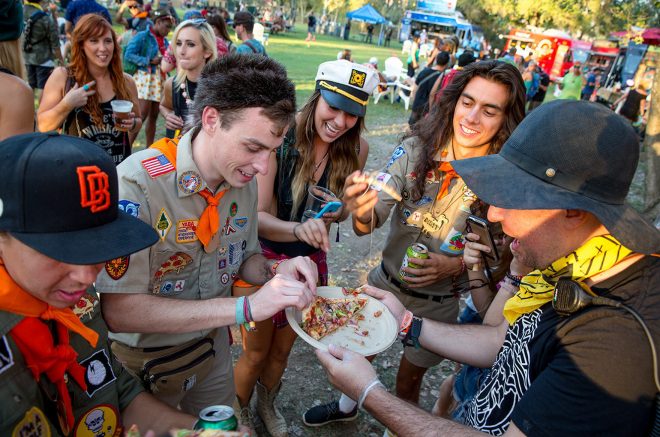