His interest in exploring and fusing sounds helped spur the formation of Major Lazer back in 2008. Diplo and UK producer Dave Taylor, aka Switch, formed the group, while others like Jillionaire were frequent contributors. In 2011, Switch left of his own accord. At this point in Major Lazer's existence, says Diplo, he was doing the majority of the work and Switch wasn't as enthusiastic about the rigours of the road or the direction of the project. Even so, the duo remain on great terms, and are even partners in a freshly squeezed juice company.

After Switch left Major Lazer, Diplo brought in Jillionaire full time and Walshy Fire to replace Skerrit Bwoy as the group's MC. The group's sprint to the major leagues had begun. 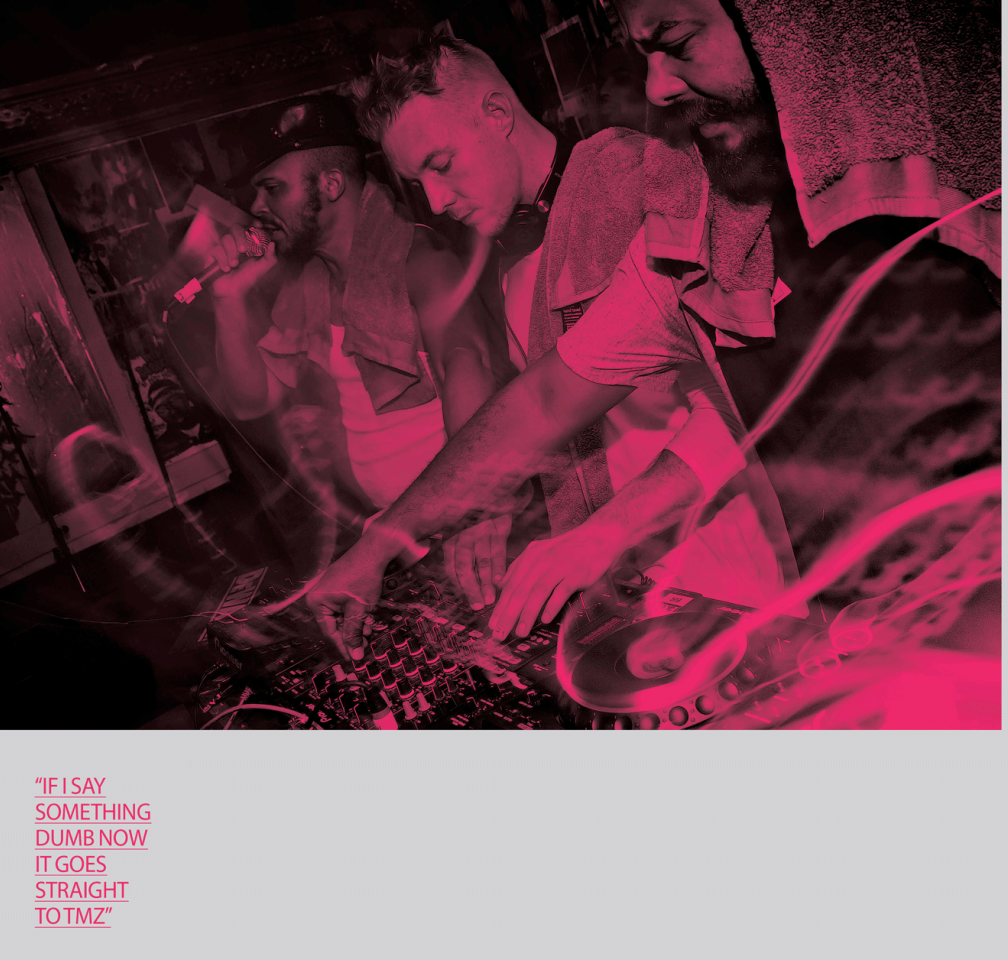 Walking into the plush suite at the posh Arizona Grand Hotel, Diplo apologises for being 45 minutes late. He says the delay was due to his working on a 'Be Together' video edit and the instrumental, which the group will perform live tomorrow with Wild Belle in LA.

Sporting a blue plaid shirt with a huge Lil Wayne patch on the back, black trousers and the early stages of a goatee, he makes his way to the table and flips through a local Arizona tourist magazine, in which he discovers a map of the greater Phoenix area. Staring at it intently, he starts calculating distances between the hotel, the venue and downtown Phoenix. He admits to being a fan of maps.

Diplo's meticulous attention to detail — his band-mates say he watches the ticket sales for each Mad Decent Block Party like a stockbroker watches a ticker – and a rigorous work ethic are one part of his relentless productivity. There's his production work, of course (he's currently working on material for Sia) but also his vision for his Mad Decent label and all its many events, and other endeavours like the incredible Major Lazer cartoon. For the past few years, his unforgiving schedule has forced him to limit his work with Major Lazer. During the first sessions for 'Peace Is The Mission' a few years ago, he was pulled from the project to work with Madonna, Jessie J, Chris Brown, Mac Miller and Britney Spears, and began his Vegas DJ residency.