What makes a nightclub a great nightclub?

Sure, there are the obvious things: good music, reasonably-priced drinks, a phone-free dancefloor. But then there are the qualities that are harder to explain. The feeling you get when you walk inside – a simultaneous rush of warm familiarity and near dread-inducing excitement. There’s nothing like it.

It’s a feeling that the custodians of London’s world-famous nightlife work hard to preserve, and have fought even harder to protect over the last 18 months.

When the doors shut on venues across the world last year, it didn’t take long for the staff of London’s under-siege nightlife industry to realise that the pandemic presented them with a new kind of challenge. Despite having weathered the combined assaults of gentrification, rising rents, dwindling arts funding and noise complaints, the pandemic was a threat on a scale previously unseen.

It’s a situation that has strengthened the bond between London’s venues, and the Music Venue Trust – a charitable organisation established in 2014 to protect, secure and improve the standing of grassroots music venues in the UK’s cultural scene.

With their support, much of the capital’s clubland has been able to keep its doors open, which is not only a testament to the solidarity shared between the MVT, but the countless people who work behind-the-scenes to protect the city’s nocturnal heritage, and keep it more relevant than ever.

Mixmag has teamed up with Dr. Martens to spotlight some of the faces behind the bars, booths and bookings that keep the music playing all night long, as part of their ongoing partnership with the MVT. Styled in Dr. Martens new Urban Protection range – a collection built to withstand the hard knocks of city-living, whatever the weather – you’ll find: Ruby Horton, venue manager at The 100 Club; Ulysse Jean-Baptiste and Ellie Bate, managers at TOLA Peckham; Toby Wareham, booker at The Pickle Factory; and Alice Hoffmann-Fuller, operations lead at Corsica Studios.

For Ruby, her work at The 100 Club runs deeper than most jobs.

“The 100 Club has been in my family since the 1950s,” she explains of this central London institution, long a fixture on Oxford Street. “My brother and I are the fourth generation to work here. It’s how my mum and dad met, all my aunties have worked here, and I’ve known the security since I was tiny. For obvious reasons it’s a very special place for me.”

Her family have been active supporters of the Music Venue Trust since it was founded – and the MVT is currently in the process of helping the club remodel itself as a community interest company, in order to better reflect its role as a decades-old social hub in Central London. 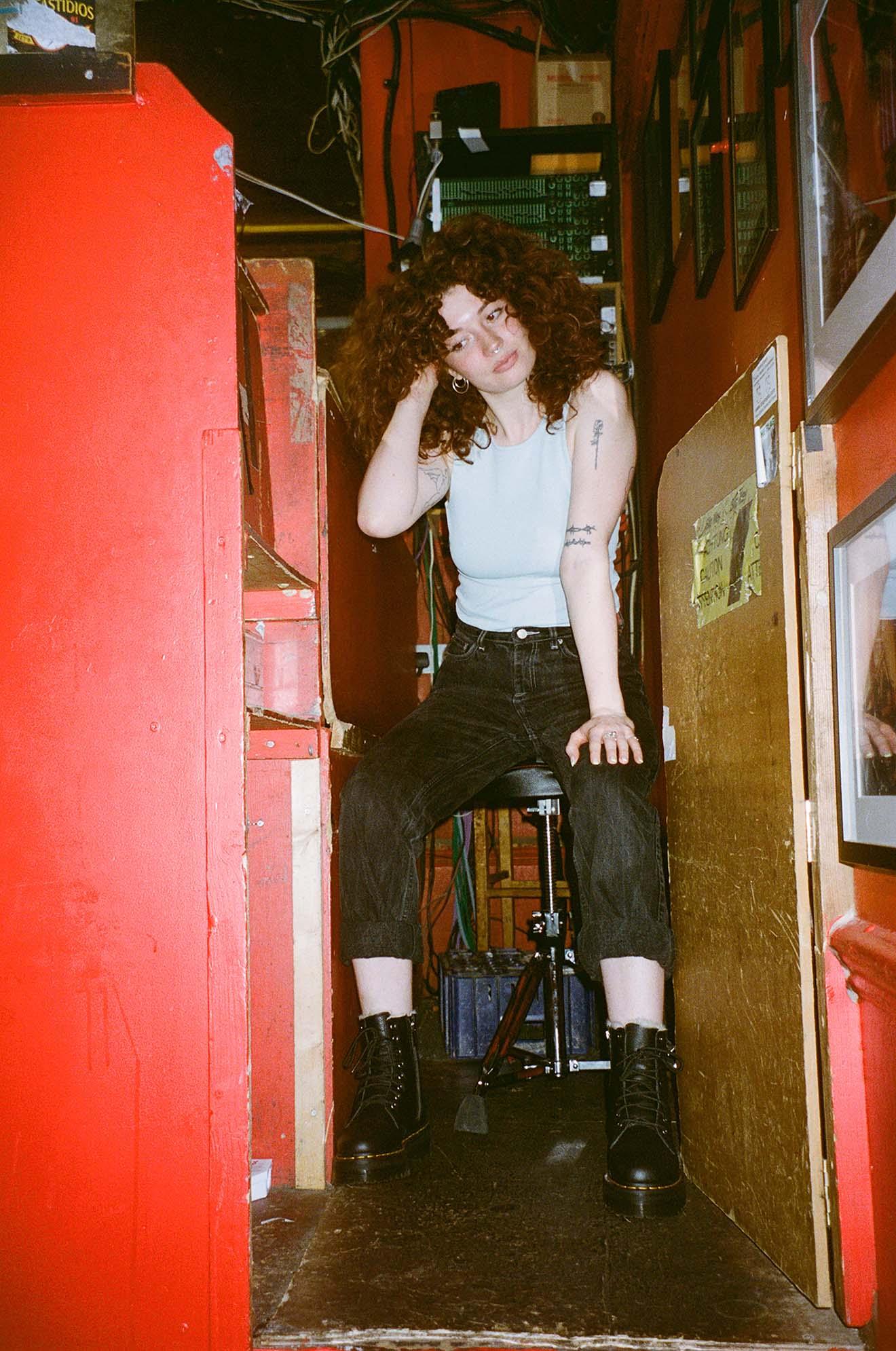 As venue manager, Ruby describes her work as involving a “little bit of everything”, from booking shows to helping out behind the bar.

She represents the latest chapter in a generational relay that has seen The 100 Club develop from its origins as a jazz club, through the mod and then punk eras, all the way up to the present day. Relishing its claim to being the “oldest independent venue in the world”, the club has seen it all. Now, under Ruby and her brother’s watch, its evolution continues. “We’re always working with people who are passionate about what they do,” she adds. “I think that’s what keeps us relevant.”

That said, in her eyes, the secret recipe to a great night out remains the same. “Not much has changed in the decades it’s been open. It’s hot and sweaty with lots of beer. You’ll have a great time.”

TOLA Peckham has its roots in community. Proudly made in South London, it’s a venue powered by togetherness. Like many grassroots venues, the Music Venue Trust helped TOLA submit a successful application to the Arts Council Cultural Recovery Fund, which has seen them bounce back from COVID shutdown – going from strength to strength in 2021.

Ulysse is a manager. His work ranges from looking after DJs to overseeing the bar. It’s a demanding job at times, but worth it. “A big part of TOLA is the atmosphere and it's so rewarding when the night takes off and a life of its own,” he says. 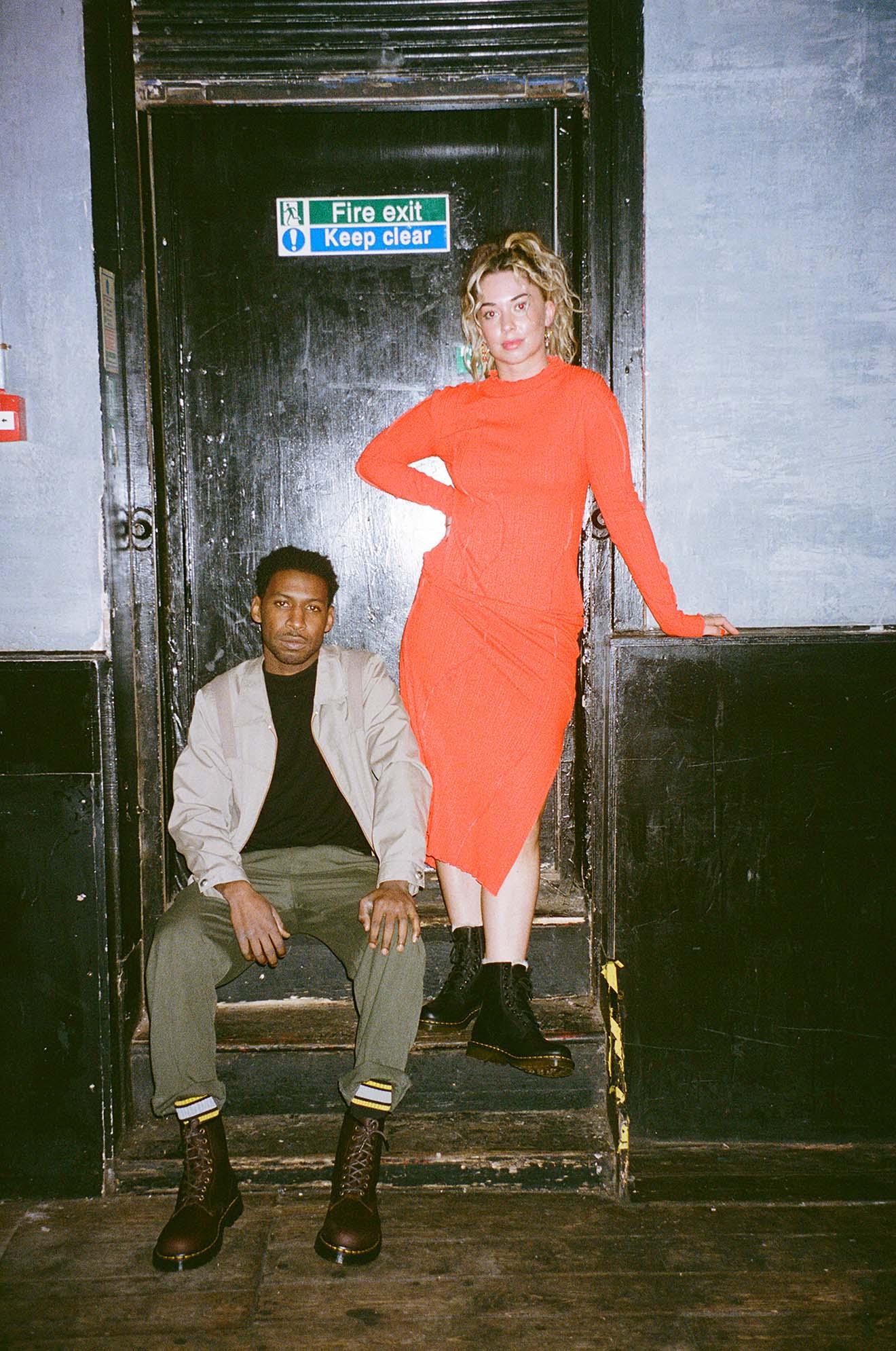 Ellie, also a manager, is more concentrated on front-of-house, in particular making sure TOLA’s staff are looked after. “It’s so important to make sure the staff are having a good night,” she explains. “The energy from this reflects onto the clubbers and allows everyone to experience the night at the best it could possibly be.”

It’s this energy, Ellie says, that the MVT has helped TOLA preserve: a club run for ravers, by ravers. “It’s kind of a ‘when you know, you know’ vibe. People come to TOLA for the music, so it’s important that we put so much thought into each night.”

Ulysse agrees. To him, it’s the people that make the club what it is. “TOLA is just four walls with a sound system, but our crowds bring this place alive. We wouldn't be here without them.”

What The Pickle Factory lacks in space, the East London venue makes up for in taste. With a 250-person capacity, it’s quietly become the go-to club for the smarter, more rarefied corners of dance music. Like hundreds of small venues in the UK, they are a member of the Music Venues Alliance, meaning that, should a problem arise, the Music Venue Trust will be on hand to help.

Toby is the booker, and sometimes resident DJ, a dual, music-making task that he relishes. “There are 250 people in London who are into pretty much any type of music, no matter how obscure,” he says. “So I'm in a lucky position where I can sell out the club booking esoteric artists.” 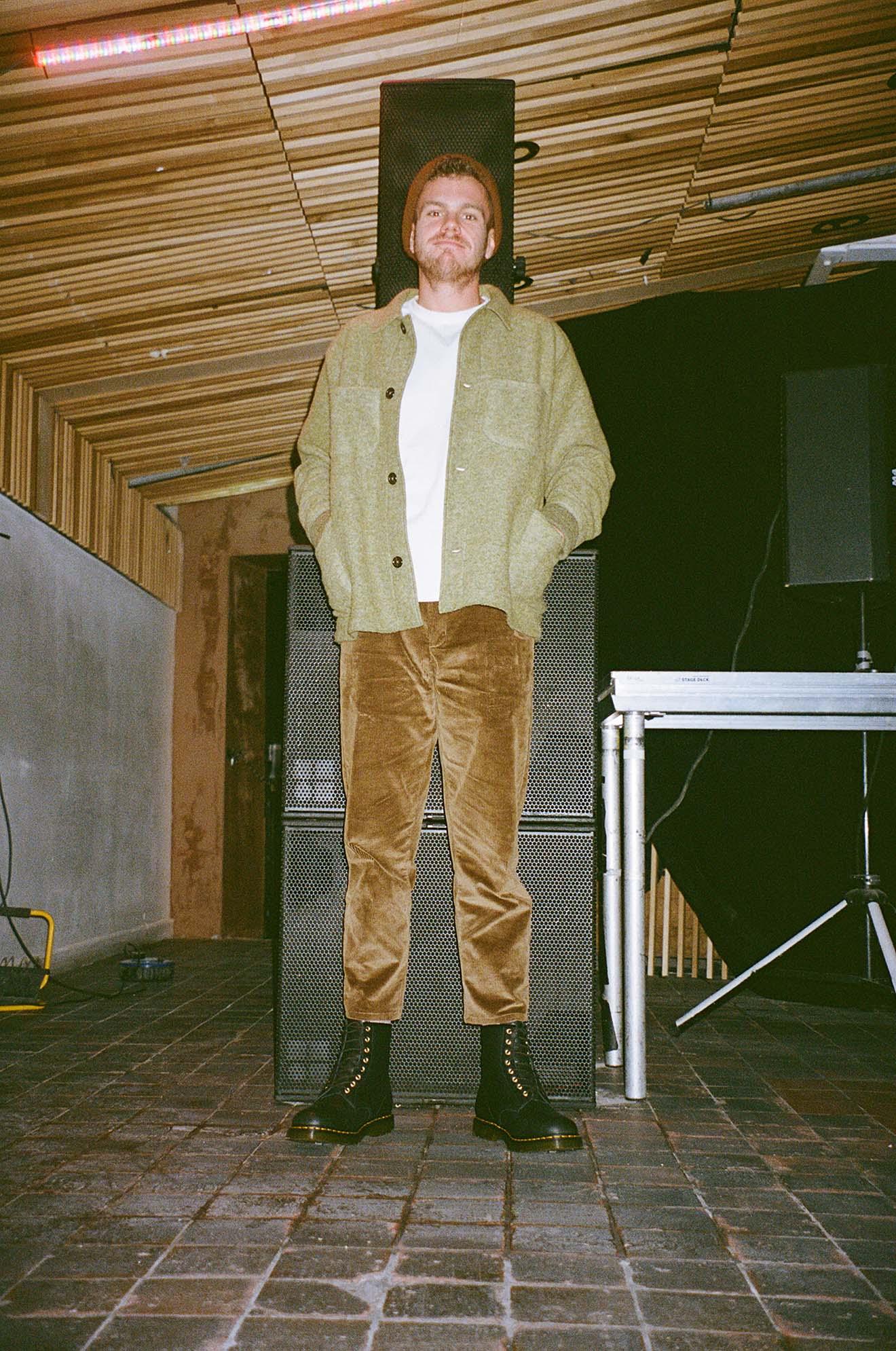 During his time at the club, he’s seen the power of the “cult crowd” – the audiences of devoted ravers who congregate around an artist or sub-genre. “I try to keep as open a mind as possible, and book artists from across the electronic music spectrum. But just the crème de la crème of each little niche.”

It’s an approach that’s made The Pickle Factory symbolic of club culture’s constant evolution: a network of niches connected by organisations like the MVT. It’s this enthusiasm for the esoteric that Toby believes will help keep London nightlife alive in the face of its myriad challenges. “Pickle’s inbox is full to bursting with keen young promoters who want to start a new party,” he says. “No amount of greedy developers or carnivorous councils can stop that.”

Corsica Studios has been one of London’s best nights out for almost two decades. And Alice has held various roles at the South London stalwart, on and off, for most of them. These days she’s operations lead, “which basically means I help to oversee the running and co-ordination of the space, including people, finance and fundraising, programme and policy”. She has a close relationship with the Music Venue Trust, who have supported them through the trials of the past 18 months in particular.

Having been a part of the club for so long has given Alice a unique perspective on its ups and downs, and those of London clubland at large: the classic nights, for sure, but also the crises and closures. “I cry at the thought of our lost venues, artists and promoters, and we have a duty to remember them and hope that they find new ventures,” she says, radiating passion and conviction. 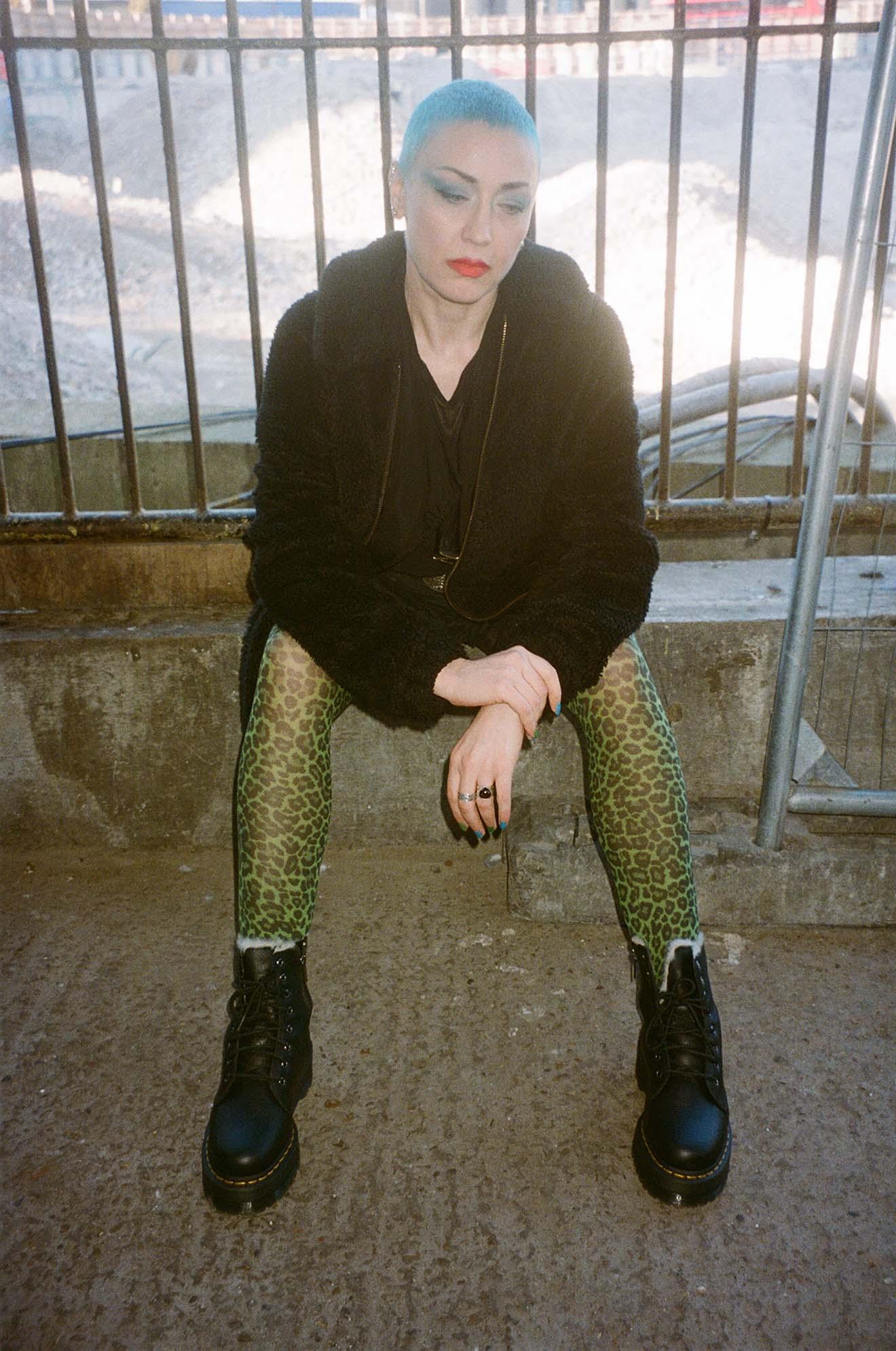 So what’s the secret to survival? In part, she explains, it’s having a great team behind you – but much like the MVT, she also believes it’s about more than just one club. “I also feel that venues need to keep connecting with each other.

‘We’ve discovered through the pandemic that we’re a strong community. We’re not in competition with each other,” Alice says. “We need to keep this newfound community spirit alive if we want to survive not just as individual clubs but as an entire cultural sector.”