Hans-Peter Lindstrøm has had a striking 10-year career. He’s a producer whose work never grows old. His tunes have been spun by everyone from Black Madonna to B.Traits, from Greg Wilson to Radio Slave, while his recent remixes run the gamut from Flume to the rock band Blossoms to a bouncing, elastic rerub of Frida from ABBA. His latest album, ‘It’s Alright Between Us As It Is’, is much anticipated, a whole five years after his last long-form solo outing, and follows 2015’s off-the-wall sonic odyssey ‘Runddans’, his collaboration with 1970s production maverick Todd Rundgren and Scandinavian space-rocker Emil Nikolaisen of the band Serena-Maneesh. Lindstrøm has become, in other words, one of dance music’s hardy perennials.

Why, then, is he perched, jumper-clad, like some fairytale sprite, in the damp, forked trunks of a lichen-encrusted tree in Oslo’s forested Svartdalsparken? This primordial woodland is fern-infested and muddy, green and moist. It lies beside a frothing, torrential river, currently swollen by the rain which also drips steadily from the umbrella overhead. Svartdalsparken is actually within the city limits, but you wouldn’t know. It looks more like Jurassic Park, or a set from Lord of the Rings – a far cry from polished, hard-angled nightclub decor or the crisp snap of a kick-drum.

He’s in a tree for Mixmag’s photos, of course, but it suits him. He’s at home here among the verdant, encroaching nature. For Lindstrøm is a contradiction, –always has been. He may be one of Norway’s most fêted producers, a globe-trotting live act just back from performing in Lithuania, but he’s most at home at home. He finds the normality of family life with his partner and two sons, aged 10 and 14, infinitely preferable to rock ’n’ roll antics. He’s a country boy at heart, and the subtle, ecstatic flow of ebbing Lindstrøm classics such as ‘Rà-àkõ-st’, ‘Closing Shot’, ‘Another Station’, ‘I Feel Space’, and too many scorching remixes to mention, partly comes from a place conceptually far from Norway’s electronic scene. 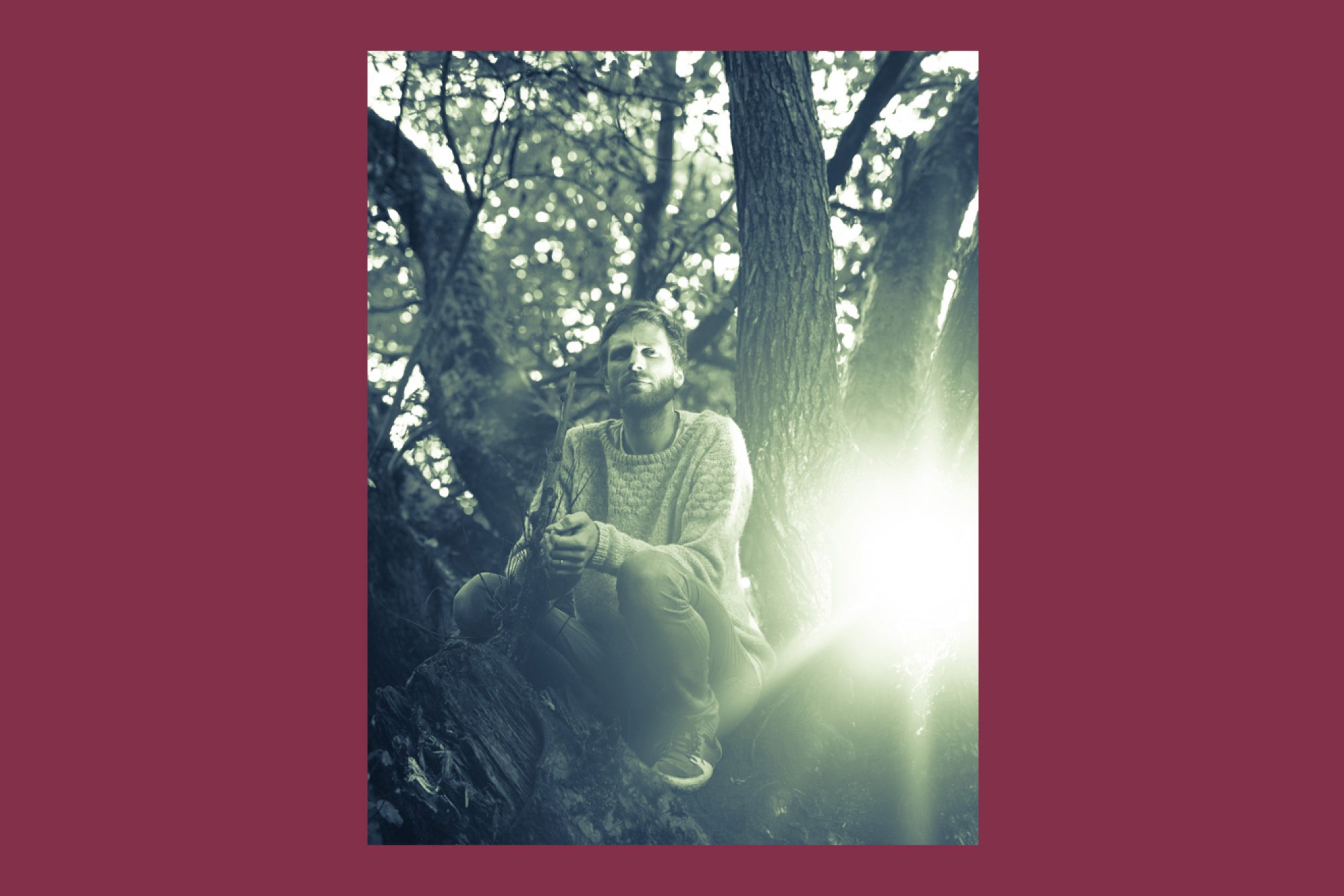 Sitting in a café earlier, picking at a pizza covered in prosciutto and pine nuts, Lindstrøm cuts an unimposing but assured figure. He is rangey, tall, with a slim figure honed by cycling around his beloved city. His clothes are low-key, for ease rather than show, jeans and plain tops, trainers. A black and white baseball cap saying “OFF!” sits on his rucksack beside him. His hair and beard are shorter than they were back in peak cosmic disco days and frame a face that’s lean and thoughtful, his brown eyes calm but interested.

His general attitude is encapsulated early in our interview when he’s asked if he’s in it for the money. “Not at all, actually,” he says with measured deliberation. “To make a lot of money I have to work really hard and a lot, and I don’t really want to do that. When me and Prins Thomas started, I got really tired [of the hype and endless demands on his time], so since then I’ve been slowly building. That’s a better way.”

Much has been written about the Scandi-disco explosion which hit critical mass circa 2006-7 and put names such as Todd Terje, Bjørn Torske, Mungolian Jet Set and Diskjokke in the limelight. The biggest beneficiaries, though, were Lindstrøm and Prins Thomas, whose eponymous debut album and ‘Reinterpretations’ follow-up, alongside their remixes of Annie, Alden Tryell, Roxy Music and others, set the pace. There’s even a critically acclaimed film about the scene, Northern Disco Lights, available on Amazon and iTunes, and we suggest you check that for the full story. In short, alongside the millennial interest in Bergen electro-pop (notably Röyksopp), it put Norway on the dance music map. When it happened, Lindstrøm was already in his early thirties. The essence of who he is, and where his music comes from, had gelled much earlier. 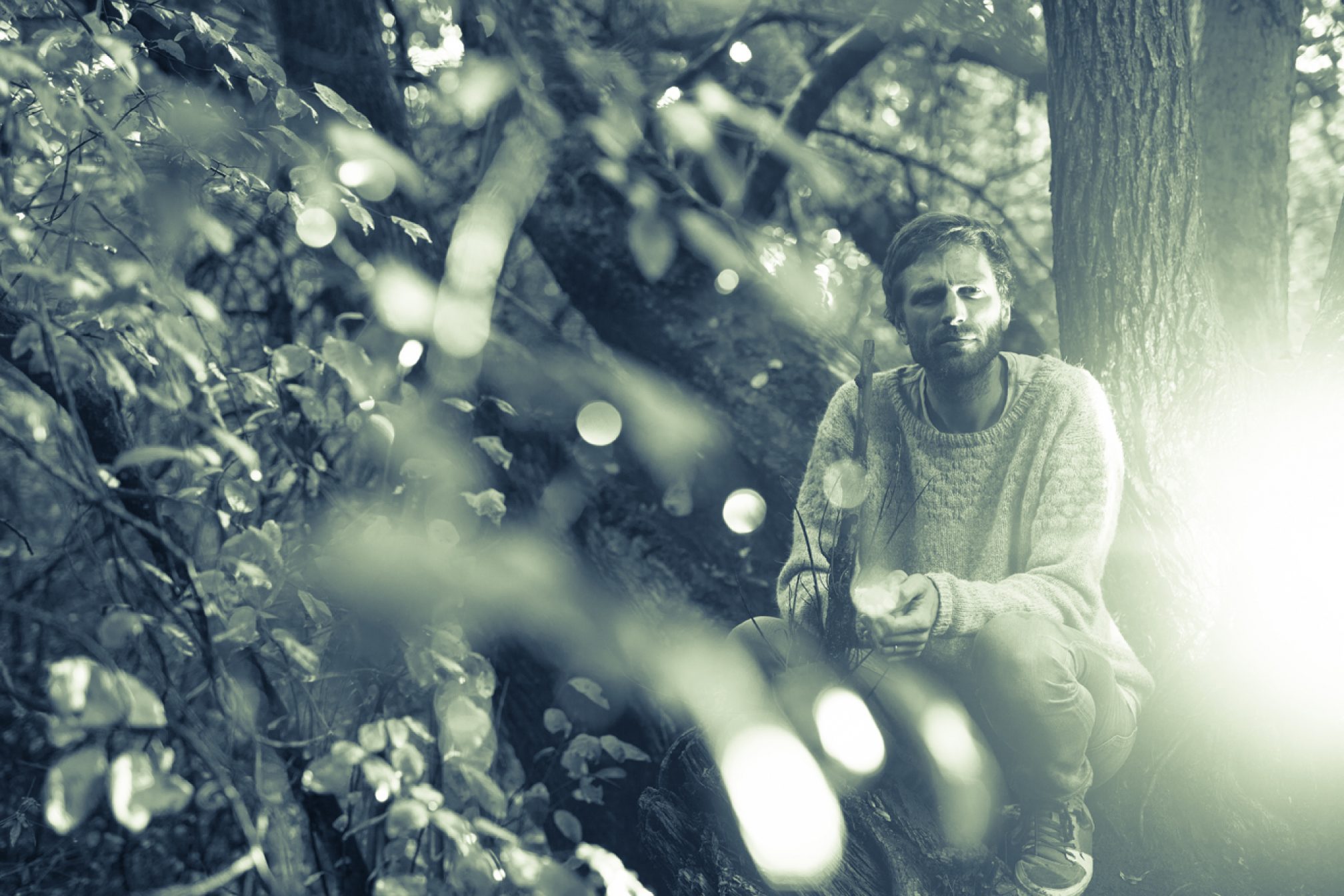 At Oslo University in the 1960s, studying mathematics and meteorology, Lindstrom’s father underwent a life-changing conversion to Christianity. He became a teacher and, eventually, a high school principal. When he married he moved around a bit and had three children, two boys and a girl. Hans Peter arrived first, in 1973. The family spent two of his earliest years in the Arctic Circle before settling in the country town of Randaberg, where his mother was from, on the windswept peninsula to the north of Norway’s third city, Stavanger.

“We moved there when I was four and it was, more or less, only farmers and fishermen,” Lindstrøm recalls. “We would attend the chapels of the Laymen’s Missionary Movement, a simple version of the Christian faith, not sermons, more like Quaker meeting houses. It was very conservative but did allow piano, singing, choirs, lots of music. It was American folk with Norwegian Christian lyrics. My earliest memories of music are singing in Sunday school, listening to organ music, communal liturgical call-and-response. And then we also went to church, where it was Bach and Handel instead of guitar and singing, so I had one foot in each camp.”

In the chapel at Randaberg in the mid-80s, as a young teen, Lindstrøm began to engage with playing music.

“We weren’t allowed to have drums in the chapel because some of the old guys thought they were the devil’s property,” he recalls. “Then they allowed the drums and changed the organ to a synth. I had a little synth on which I played second violin. I was ashamed, as the main guy had a really nice analogue synth. Something was changing during those years…”

Mixmag: Would you say you were a Christian?


Lindstrøm: “I’m more a spiritual person than a Christian, and I don’t really go to church.”

Mixmag: But do you believe that behind this dimensional reality there are positive forces of some kind?

Lindstrøm: “I’m more open to it than the idea that there’s nothing. I’m more attracted to thinking that there’s something. It’s kind of boring to think that everything ends in a full stop.”

Mixmag: It could be argued that your music elevates, that it takes the spirit on a journey – it’s been called ‘cosmic disco’ and ‘space disco’, after all…

Lindstrøm: “Music is elevating. A lot of music I’ve been listening to and still listen to is classical music or piano organ music. That’s definitely how I make and think about music, but I’m not making Christian music.”

He adds that these days, whereas his oldest son listens to Kendrick Lamar, he listens to “Beethoven or something; complex, crazy music that messes with my intellect.” He finds most – but not all – new dance music unchallenging. ‘It’s Alright Between Us As It Is’, however, sounds as lush, modern and inviting as the work of any electronic producer working in the album format today.

Initially he wanted to make an album of female-fronted collaborations but scrapped the idea when it was almost finished – he wasn’t feeling it. Instead, there are three vocals: by rising Swedish star Frida Sundemo, established Norwegian artist Jenny (pronounced ‘Yenny’) Hval, and LA singer Grace Hall, who appeared on recent single ‘Shinin’’ as well as 2015’s ‘Home Tonight’). The rest of the album consists of blissed effervescent throb, from which he’s built sturdier dancefloor versions to take on the road for his DJ/live show.

Lindstrøm’s work bridges the DJ and home listening market. His tunes have cropped up on DJ mixes by everyone from Dusky to Magda. His albums, meanwhile, might loosely be said to veer between straightforward Scandi-disco loveliness and more experimental projects. The latest falls into the former category, as do 2008’s ‘Where You Go I Go Too’ and 2012’s ‘Smallhans’, sparkling outings both. His more wilful, artistic adventuring is represented by 2012’s twitchy curio ‘Six Cups Of Rebel’, the Balearic 80s-style funk-pop of ‘Real Life is No Cool’, fronted by singer Christabelle Sandoo, and, of course, the ‘Runddans’ album with Todd Rundgren.


“We spent a week with him in Hawaii,” says Lindstrøm. “It was a proper tropical paradise. His crazy house has three walls – the fourth has been removed, giving an amazing view over a canyon towards the sea! I’d heard stories about him working with XTC. They didn’t get along, so I was prepared to deal with a guy who was difficult – but he was amazing fun, lots of stories, making food for us and fresh orange juice from oranges picked straight off the tree.” 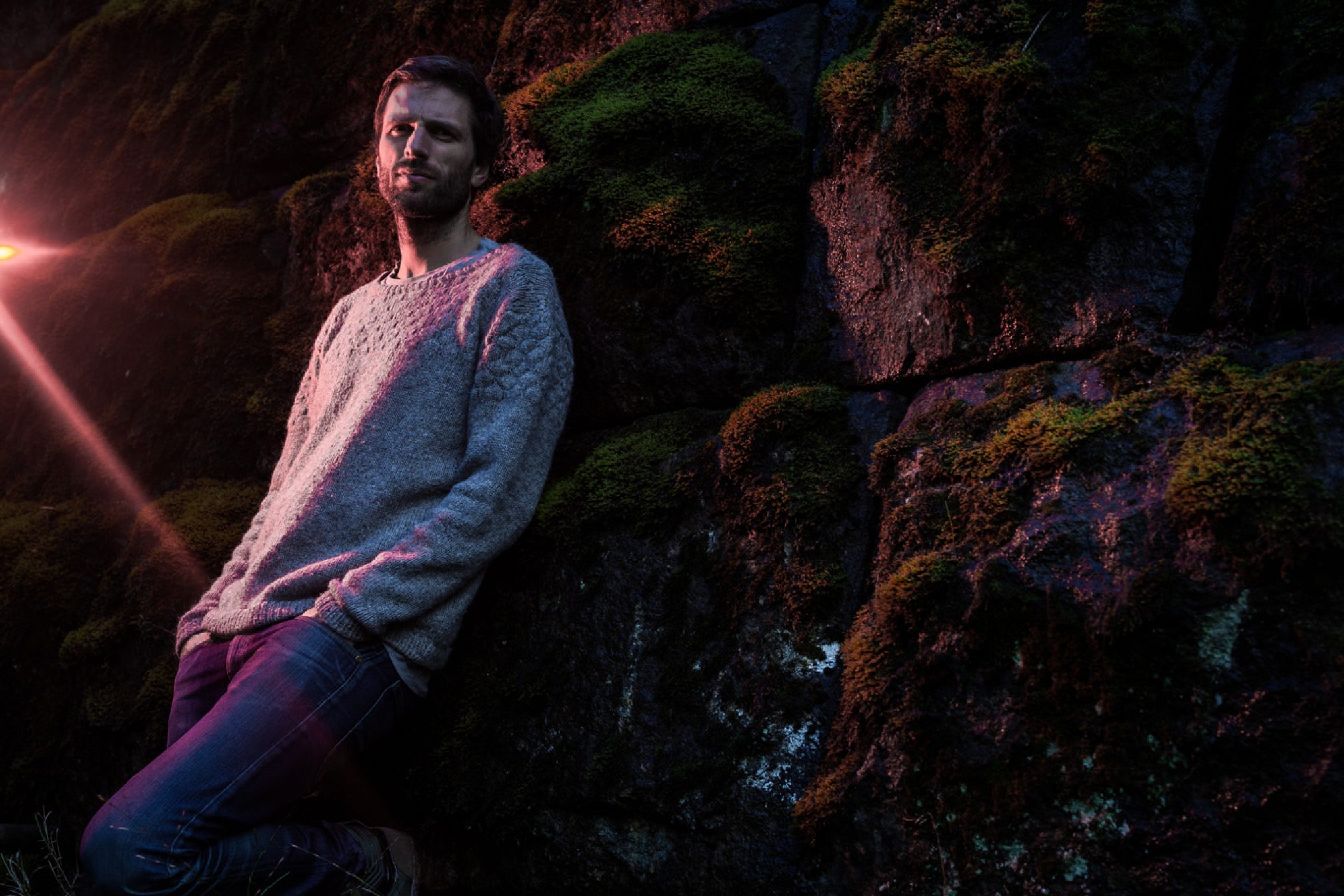 There was nearly a decade between Lindstrøm leaving home and releasing his first single, ‘Flesh’, in 2000, a pulsing slice of poppy jazztronica under the moniker Slow Supreme. His childhood interest in music led him first to the upbeat Anglo-pop of Wham!, Nik Kershaw and the like in the mid 80s, then at college in Stavanger he developed an interest in power metal, playing in bands. The next fascination was with American smooth jazz on labels such as GRP, before an obsession with Bob Dylan drew him into country music.


He went to University in Oslo in 1995 to study Christianity (“I wanted to find out what my relationship is to belief, but I don’t think I ever did”), before moving on to study literature for four years. New friends took him out, for the first time, to nightclubs.

"I found a Boney M tape on the street. I fixed it, played it – a really good introduction to disco.”

“I couldn’t really relate to any of that music,” he laughs; “I couldn’t understand it – hip hop, soul, funk, all that was new to me. Disco, though, was my entrance to the club world because it was a genre I knew through local radio stations playing cheesy Italo-disco in the early 80s. I still remember finding a Boney M tape on the street outside where we lived. I fixed it, played it – a really good introduction to disco.”

What really changed the game, though, was buying a PC for university work. A friend introduced him to music-making applications and, around 1998, he added an EMU E-6400 sampler to the set-up, working with programmes such as Propellerhead ReBirth software that emulated Roland 303, 808 and 909 drum machines. Making music alone, unhindered by band mates who were only there for beer and socialising, was a revelation. It became a favourite hobby. After leaving uni he worked with people with autism, a time he describes as “meaningful work with good people”, but he eventually found he could survive on his music alone, and when cosmic disco hit, he went from surviving to thriving. 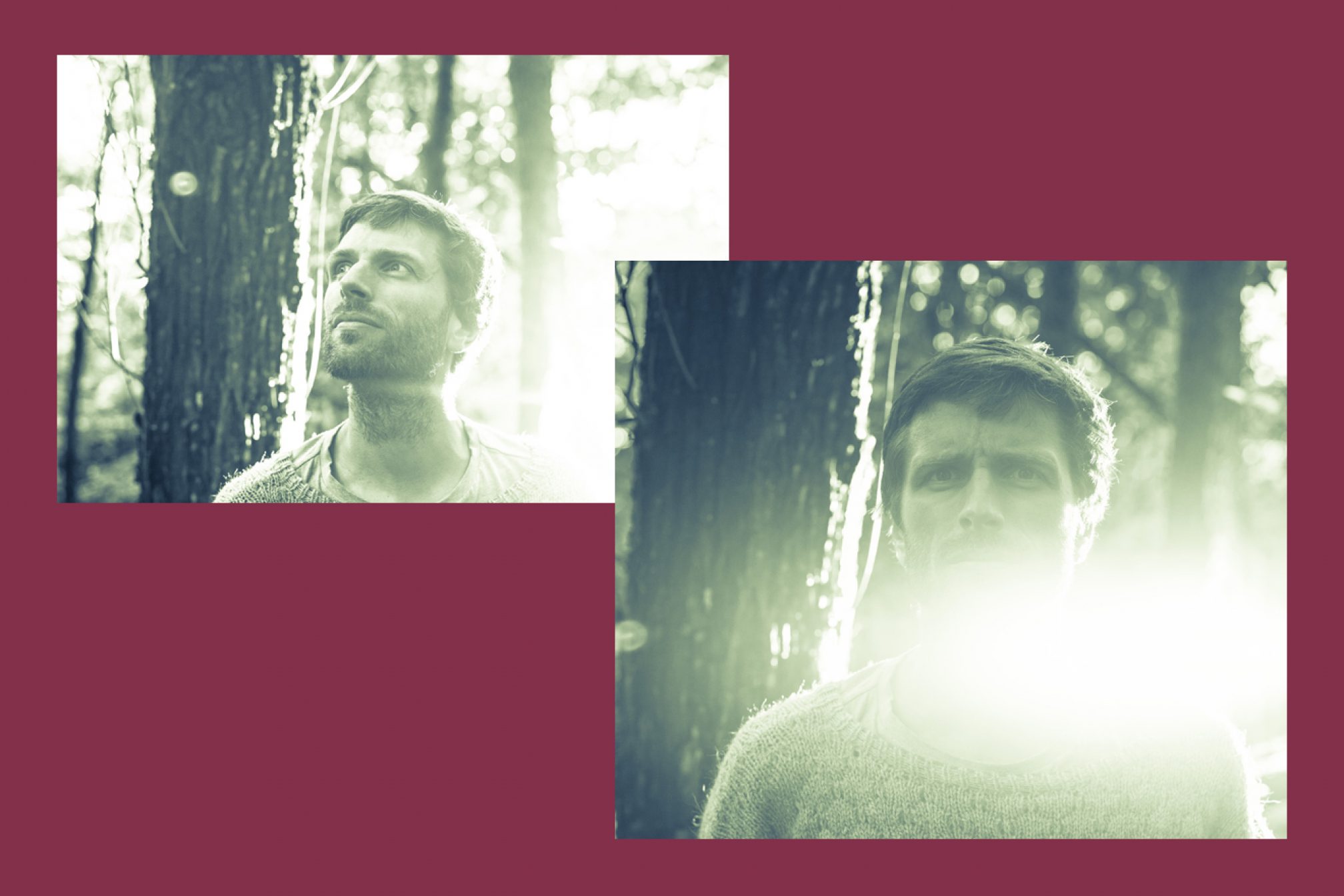 Back in Randaberg his parents didn’t really understand his life – though after Lindstrøm had won a few Norwegian Grammys, they had an inkling. Earlier this year he was invited by the Laymen’s Missionary chapel to perform in a remote lighthouse near his home town.


“It was a weird but wonderful experience,” he says. “Instead of being a little kid messing around while the grown-ups listened to the sermon, it was like being the pastor playing the musical gospel. I was told it couldn’t be a dance thing so I decided to do something I’d never done before: play all the slow stuff I can’t play in a club. There were my parents, old friends from school I hadn’t seen for 25 years, my piano teacher… it had come full circle. I don’t think my parents really understand what I’m doing, but they know that I’m good at it and they respect that.”

He is good at it. It’s why he’s survived well beyond any fad or craze. It’s why he’s hunched in a tree in a murky Norwegian wooded grove, autumn rain falling gently all around. He’s happy to take musical risks and he’s happy here, among nature. He smiles enigmatically, unbothered by the mud smeared on his shoes or indeed, most anything at all.

This article is taken from the November issue of Mixmag