You’ve cited Lee Gamble as a prominent influence on your work. Did it feel like a significant validation when UIQ locked you in for an EP?

It was cool because I did it in an old skool way; I basically just emailed him a bunch of demos. I caught him at Bloc in 2015 and his set was the best thing I saw all weekend. I didn't really know what he was playing and I wasn't that aware of UIQ at the time, but I came away from it thinking that whatever he was playing is the type of stuff I want to make. When I got back to Glasgow I found his label; it just so happened that I'd been working on some stuff that I thought might fit, and I was confident he would like it, so I sent it over and he quite quickly said that we should do a record. He was the first artist that I had a lot of respect for that had heard my music - I think he was first person other than a couple of my mates to actually hear anything I'd made - so that was definitely validating.


UIQ is underpinned by experimentation. Does it enable complete artistic freedom in your output?


Yeah, totally. It's also a really young label. [Lee Gamble's] got a particular vision for it, and I think he's got big ideas about what it should be doing, but he certainly didn't push me in any direction and we didn't spend that much time talking about the tracks. I can't speak for anyone else on the label but with me it felt like he was happy to just let me do what I wanted. It was very straightforward, free and open.


How did you get you first link up with Whities?


Somebody introduced me to Nic [Tasker, Whities founder] because they were chatting to him about doing a record. He said if I was ever working on anything to send it over, and after putting the UIQ record together with Lee Gamble we got chatting again. I had a couple of things that I didn't feel were suitable for UIQ because they were a bit dancier, so I thought Nic might like them and sent them through. Those were the early demos of the Whities release. From there we became good friends; I was quite a big fan of the label already and he had a pretty good sense of what he wanted to do with it. I went down to London and met with him and the designer Alex McCullough and felt really good about it. 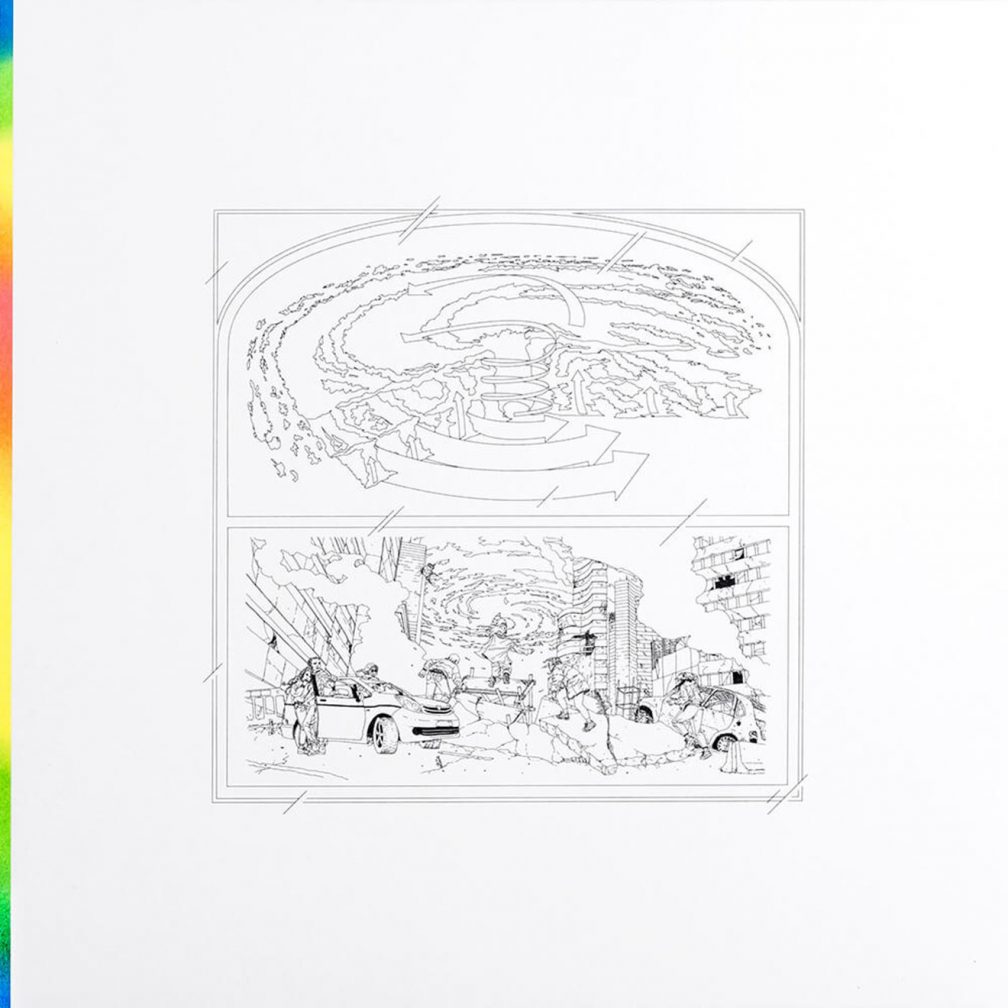 The EP on Whities conceptually tells the story of a youth/death cult of storm chasers, which is explored through its visual accompaniments. What inspired this theme?

After I did the UIQ release, people felt like it was cold, industrial, fractured. I didn't really see it like that: I thought it was emotional, and that was my intention. The music I was making after that also felt quite emotional, and not very postmodern. It felt like it had some big idea behind it. I didn't quite know what it was but I wanted the record to reflect that in some way. It just so happened that when I went down and met with Nic and Alex, he said he couldn't stop thinking about storms, hurricanes and natural disasters when he was listening to the music, but also this kind of 'youthful urgency'. At that meeting we came up with this idea about inventing a cult.

We didn't want to do a concept record because that often turns out really lame and shit, but we thought we'd build a bit of behind the scenes mythology and then loosely shoot it with the artwork and promo. That way people could get a sense of it themselves and it could grow into something that's non-descript but still conveys this idea. Hopefully the music will then take on that significance without being burdened by it.

Do you see yourself continuing to work conceptually in this way in future?

Definitely. I'm a big fan of Oneohtrix Point Never and I loved when he was doing the promo for his album that he created that fake band Kaoss Edge - that loosely inspired the Whities promo. The projects I'm doing in the next few months are more like art installation type projects which are in a similar conceptual vein, and I'm working with visual artists and some writers. So that's a direction I think I'll look at more.