Brilliantly coloured drapes billow in the wind, their purple and teal jewel tones contrasting starkly against the sandy beige and soft blue ocean backdrop. Skin, accessorized by gleaming sunglasses and lace and glitter adorned outfits, is aplenty and the dance floor is moving.

Mixmag is in Playa Del Carmen for the annual 10-day extravaganza that is The BPM Festival which celebrates a new year with a collection of showcases from top talents of the techno and house variety, and we're easing into what's bound to be a hectic week with none other than All Day I Dream.


All Day I Dream was brought to life on a rooftop in Brooklyn in 2011 out of a need from creator Lee Burridge, who was pursuing his solo career and watching the way the scene in the United States was unfolding at the time. "About a year before I started ADID, the commercial EDM scene was so enormous and had so much momentum," Lee says on a phone call earlier in the week, thinking back to days before the birth of his successful party series. "People engage in and enjoy [EDM], but get to a point where they start looking for new experiences within electronic music. I wanted to create another area of music for people to discover music which, at the time, and to this day, was stimulating to me."

And despite the fact that ADID began as a humble rooftop party, it seemed as though Lee knew exactly where he hoped his series would go. "Music like this," he said, referencing the melodic, dreamy sounds that have become the signature of All Day I Dream events. "It just sounds different outdoors." 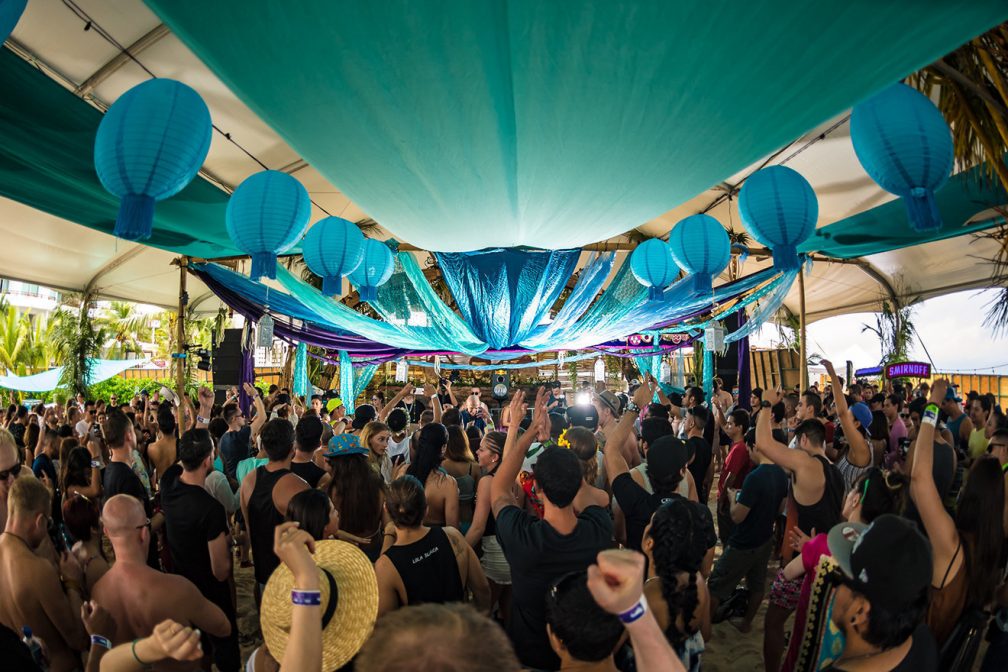 There are certain characteristics of All Day I Dream that have come to define it: soundtracks aforementioned from Lee and his fellow hand-picked artists that are most often classified as "dreamy" and "ethereal", the ease and carefree vibes that come with the day light and a crowd as colourful as the banners that accent the show.

"Before I started ADID, I would notice the disproportionate amount of men at events. If I’m gonna play to that many men, I wanna play in a gay club, not in a heterosexual club," he laughed. "When we go out, a mixed crowd of sexes and races is a beautiful thing to be in."

Diversity remains an organic, but important staple in the developing and growing All Day I Dream brand. Perhaps that's one key to the unstoppable success in a turbulent time for the culture, where conversations about unfairly low representations of women and minorities in electronic music persist. ADID has taken notice of its fan base's growing desire to connect across borders, both physical and assumed, making a strong emphasis to thoughtfully expand into new territories year after year.

"We went a little further this summer into Moscow," Lee reflects, beginning to list all the highlights that 2016 brought for the party series. "It’s a universal language that everybody has the frequencies [to understand]. There was an amazing group of people in Russia who feel exactly the same as they do everywhere else in the world. Art Basel was great, right at the tail end of last year. We went to Golden Gate Park in San Francisco, which was just magical. And slowly, we've become one of the parties of BPM, I like to think." 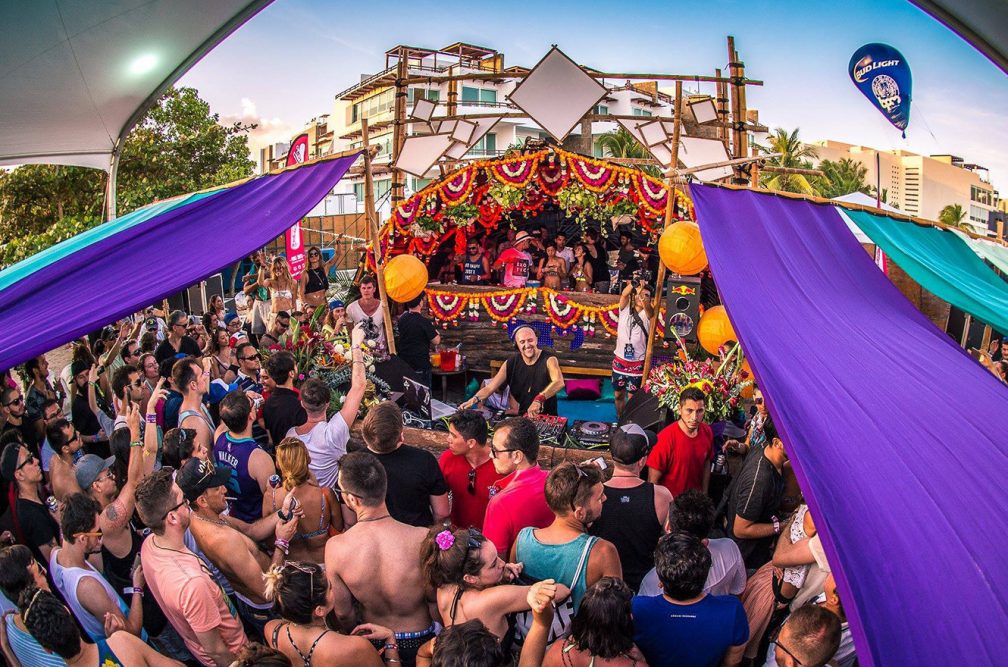 While ADID's expansion might seem explosive across a span of only five years, there are surprisingly many cities that Burridge has yet to touch. What does it take to become a city that is honoured with an All Day I Dream visit? "It's the question, 'Do you chase the money?' I love money, of course I love money!" He says, pausing long enough to laugh before explaining further. "Money is a wonderful thing. It’s the thing that allows us to keep growing in our decor, or take risks, but we have to find special locations and not just spread ourselves too thin across the rest of the world. I like the fact that people make the effort to travel from San Diego and Seattle to come to a San Francisco show, and other cities from nearby come to the New York show. Then, you have all these beautiful people from different places who mingle with each other and make new friends."

It's a succinct way to describe the crowd here at BPM, with nothing much in common amongst each other besides smiles plastered on their faces as they groove to the Burridge track selection. As he mans the deck, his smile is equally as big, occasionally exchanging a genuine greeting with a fan at the front.

In 2017, his kingdom has plenty of plans to keep extending its reach, first planting roots in a fresh residency in Dubai, revisiting an Ibiza residency in light of the island's many new changes this year and later, a still undecided, but new destination in the United States. "It'll be either Detroit or Chicago," he reveals. "We're also discussing All Weekend I Dream, which will also be in the US for a Saturday night and Sunday afternoon event... and we'll just continue doing what we've always been doing!" 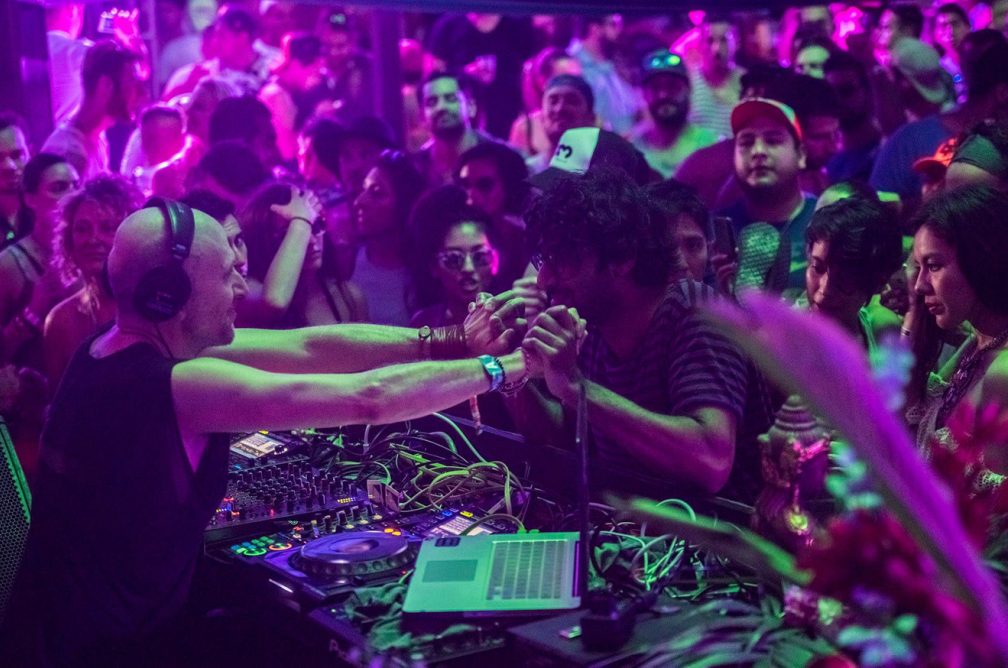