Not 'just about the music': How an artist's appearance disrupts our understanding of their art - Features - Mixmag
Home Latest News Menu

MF DOOM’s passing late last year has led to a lot of reflection about the impact that he had on the rap community, inspiring entire generations of producers and rappers to continue to innovate within the genre. DOOM’s music cut through the noise, and part of this was due to the symbols he created, as well as how unique his presentation was. His mask and endless pseudonyms added a level of mystery to his appearance that was unprecedented in an often forward-facing community, and this inevitably created allure. He spoke often about the reason behind masking his identity, his disillusionment with the appearance as a key tenet for consuming music and his fear of appearance becoming more important than the music itself. DOOM and a number of other artists represent those who are unafraid to make themselves unknown, to withdraw parts of themselves in order to create art true to them, and when much interpretation of art and music is rooted in the artist’s body, a rejection of this mode of thought is subversive.

Our perceptions of an artist beyond their music has a profound effect on the ways that the music connects with us emotionally, alongside the ways that we choose to interpret its messages. Music consumption is typically viewed as apolitical, as if there is no reason for our music preferences, or the patterns that appear when these preferences are analysed, but this is misguided as a position.

Body politics within music is a double-edged sword, and as much as many artists have little control over the ways that their bodies are perceived, it’s important to note the work that musicians are doing to regain autonomy, and the positive effects this has on those consuming their music. Lizzo’s short rise to the head of popular music has affirmed many bigger Black women seeking to do the same, showing them that there is no need to feel shame surrounding the body, and to openly embrace their own. However, it’s important to look at the meanings that get ascribed to bigger bodies, and how that can affect a musician’s process.

"If you’re, you know, a big woman singer you’re expected to be a belter or else you need to dance," KeiyaA tells me at the beginning of our conversation. Being a bigger Black woman in the genre of R&B, she has often found herself having to reckon with what her presence and appearance means both for her music and performance, as well as to her fans, and how the understandings of her music are tied to her body.

"People say that my music is healing, and sometimes I think my appearance as a bigger Black woman impacts people’s consumption of that [music] as healing even more, because people see us as these matriarchal, mammy figures, in real life."

The ‘mothering presence’ ascribed to bigger Black women KeiyaA describes subconsciously sets the tone of her sultry, experimental R&B. Creating meaning where there may be none, injecting emotions and, in this case, connection that may not have been accessible before being made aware of her appearance. In an often fatphobic and anti-Black world, it is important to understand the ways that the body is and always has been commodified, alongside the parameters that shape their marketability. Size, race and gender are all instrumental in how audiences understand mainstream music, but also in how marketable artists are themselves. Whether they can be hyper-masculinised or feminised, whether they can be sexualised, these factors exist entirely separately from musical processes.

"I think that desirability is paramount in the way that we connect with everybody we see in our waking life, and so that extends to artists and how we consume artists," says KeiyaA.

Desirability and its connotations leaves artist susceptible to the demands and perceptions of their fans, and even if you are not connected to those as a musician, your success often hinges on your compliance. The body as a site of interpretation is a theme present throughout the history of music. Musicians are regularly sexualised, while others have their sexuality stripped away from them as a result of the way that they appear. 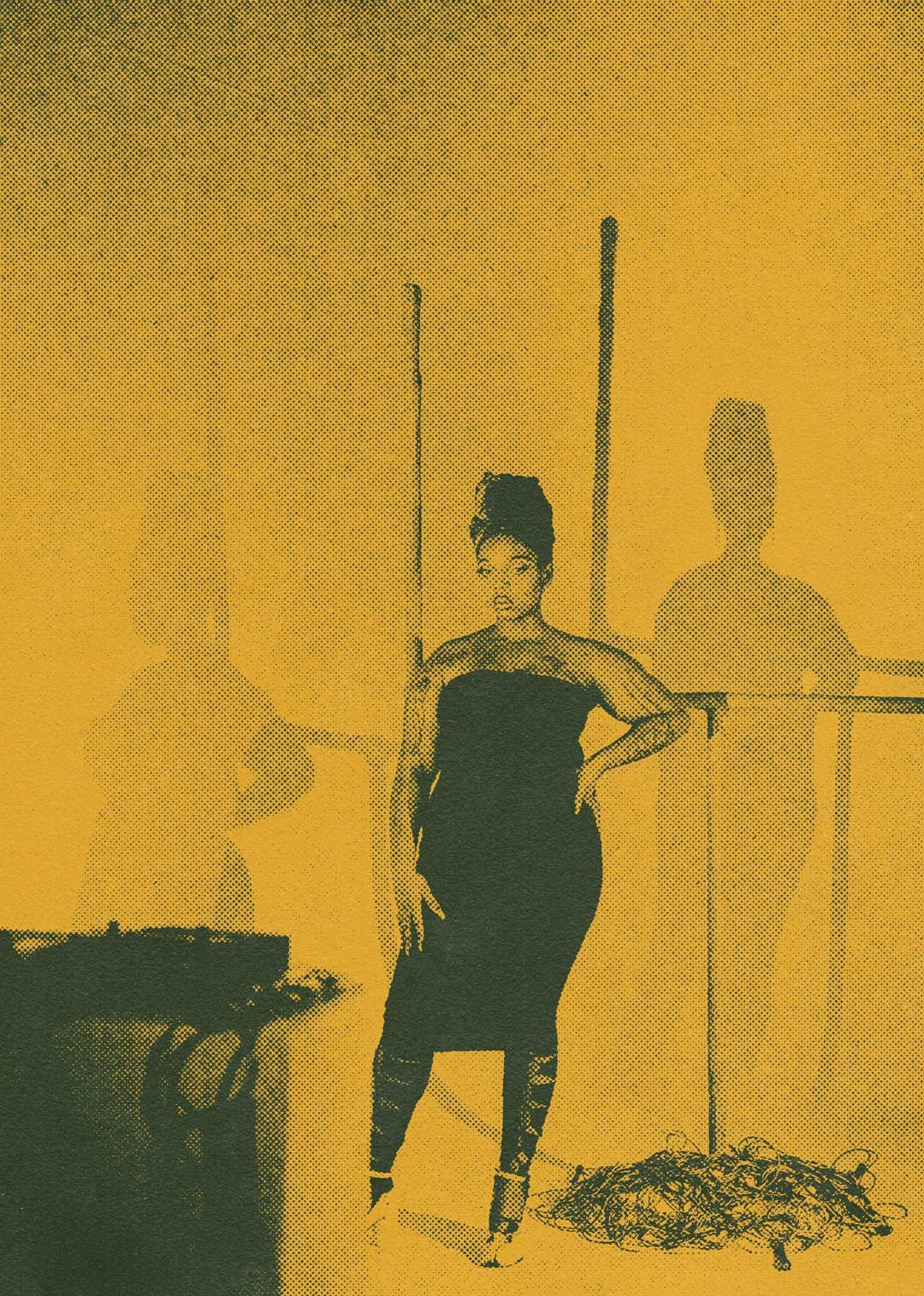 D’Angelo’s video for ‘Untitled (How Does It Feel)' remains one of the most notorious music videos of all time, namely due to its provocative and sensual nature. Uninterrupted shots of his shirtless body fill the video, with nudity heavily implied. The video subsequently shot him to sex symbol status, and this status is still present today, with the almost 20-year-old video still being circulated on Twitter by admiring fans. His reaction at the time to this new appeal was to disappear, citing that, even though he enjoyed performing in this way, he didn’t want his body to distract from his art.

This is only one example of an ever-present phenomenon within the music industry, but often specifically within R&B and hip hop spaces, where sensuality is often at the fore, as a commodity of sorts. The autonomy of the artist and their willingness to display themselves in a particular way is often back seated in pursuit of profit. Both gendered and racial bias play into who loses control of their body in this way, and are forced to place their art on hold in order to perform in a profitable way, and Black women are victimised most in this way.

But what happens when you disappear?

What happens when consumers have nothing but the music to interpret, no insight into the daily life of musicians, no firm idea of their appearance?

There are a number of notable artists that revel in ideas of mystery and the creation of allure through interacting as little as possible with those they share their art with. Jai Paul, Daft Punk and MF Doom are all artists who find ways to remain involved with the industry while subverting what this involvement actually means.

"I definitely think it makes people hungrier, for when you do give them things.. like your art.. When you take things away from people it makes them want it more," says KeiyaA.

Your absence, as a musician, can define you. In an industry which constantly forces artists to be forward-facing, and to play into the harmful stereotypes and ideas present in wider society, some choose to take interest in retreating from the pressures that this can create for them. The mystery and allure that can propel a musician’s career forward juxtaposes the rigid expectations that the body can create, and this introduces an important conversation about just how fixed (or unfixed) these aspects of interpreting music are.

The body, or absence of it, can make or break artistic careers in a way that many artists cannot control. Desirability is central to many interpretations of music in a way that audiences often do not realise. How artists access that desirability, is often determined by just how present they are, but also how they choose to look, or whether they choose to commodify their bodies (or whether this is imposed on them).

The gaze that we as consumers of art and music participate in must be analysed and understood as a reflection of a racist, sexist and fatphobic society instead of as an apolitical lens through which we choose to understand them. We must notice how the expectations of appearance differ between men and women, and the harm that this can cause to artists, how this can push them to the fringes and force them into hiding, or even to perform a caricature of these expectations.

Observing and interpreting art in its purest form, not as rooted in the body, is only possible once we criticise and reimagine our understandings of art and absence as a whole.