‘Planet J’, the debut EP from Birmingham-born Jossy Mitsu, is a vividly crafted introduction to her sound. Moving through sub-zero bass, taut techno, video game-inspired rhythmic workouts and pitch-black garage nodding to midweek ragers, it’s an assured new step for an artist who’s growing into one of the UK’s brightest talents.

The artwork, designed by Kerrie IRL, stars a sleek CGI cityscape captured in the glint of half-light, based on a Hong Kong holiday picture snapped by Jossy. “It balances inspiration from real life scenes with abstract concepts which is exactly what I wanted to portray,” she says, noting the sonic and visual world ‘Planet J’ sets forth: balancing darkness and light, brimming with ideas, and, like the feeling in the air while navigating a new city as evening descends, thick with potential.

Born and raised in Birmingham to parents of Dutch and Ghanaian heritage, Jossy got into dance music around the age of 15 with influences spanning Rinse FM and Radio 1 shows, labels like Hyperdub, Hessle Audio and Clek Clek Boom, and the “often quite forward-thinking electronic stuff” played at contemporary dance classes she attended. UK garage raves and Birmingham venues like Rainbow became regular clubbing haunts, where she would hear the bass house style that’s big in Brum, as well DJs mixing UK bass and 140 sounds with grime instrumentals.

After collecting records for a while, she began DJing aged 18 on some Stanton belt-drive turntables permanently borrowed from a friend, starting out on the bank of second-hand UK garage and house she’d picked up and growing her collection from there. Eventually getting Serato, the freedom of playing digital files allowed her to start experimenting with broader BPM ranges and more genres, as her stylistically diverse musical background and the influence of DJs like Josey Rebelle, Oneman, Benji B and Barely Legal began to take root in her own approach.

Moving away from Birmingham to study Biology at UCL took her to the capital, where she quickly got a job in the cloakroom at fabric, which she describes as “intense” but “hilarious”. Not knowing anyone in London at the time of moving, it helped her make friends with fellow dance music fans in the city’s scene, and contributed to her understanding of the inner workings of club nights.

Over time her DJ career started to pick up steam, landing bookings in the city and beyond, starting a residency on Rinse FM, and co-founding the incendiary 6 Figure Gang, the high-octane outfit who took the dance music world by storm across the past couple of years with their electrifying presence.

Last year she made her production debut with the breaks-infused ‘Whirl’ on a compilation from Astral Black, a collective she has a long-standing association with, and this February ‘Planet J’ marked the first full Jossy Mitsu release. It follows a period of upheaval for Jossy - and the world - who moved back home to Birmingham last year, partly due to the pandemic. Despite the challenges presented by the past year, she’s taken on new jobs and spent time honing new skills, with ‘Planet J’ an exciting statement of intent for the unrelenting rise of Jossy Mitsu when nightlife returns.

Check out her Impact mix and Q&A below. 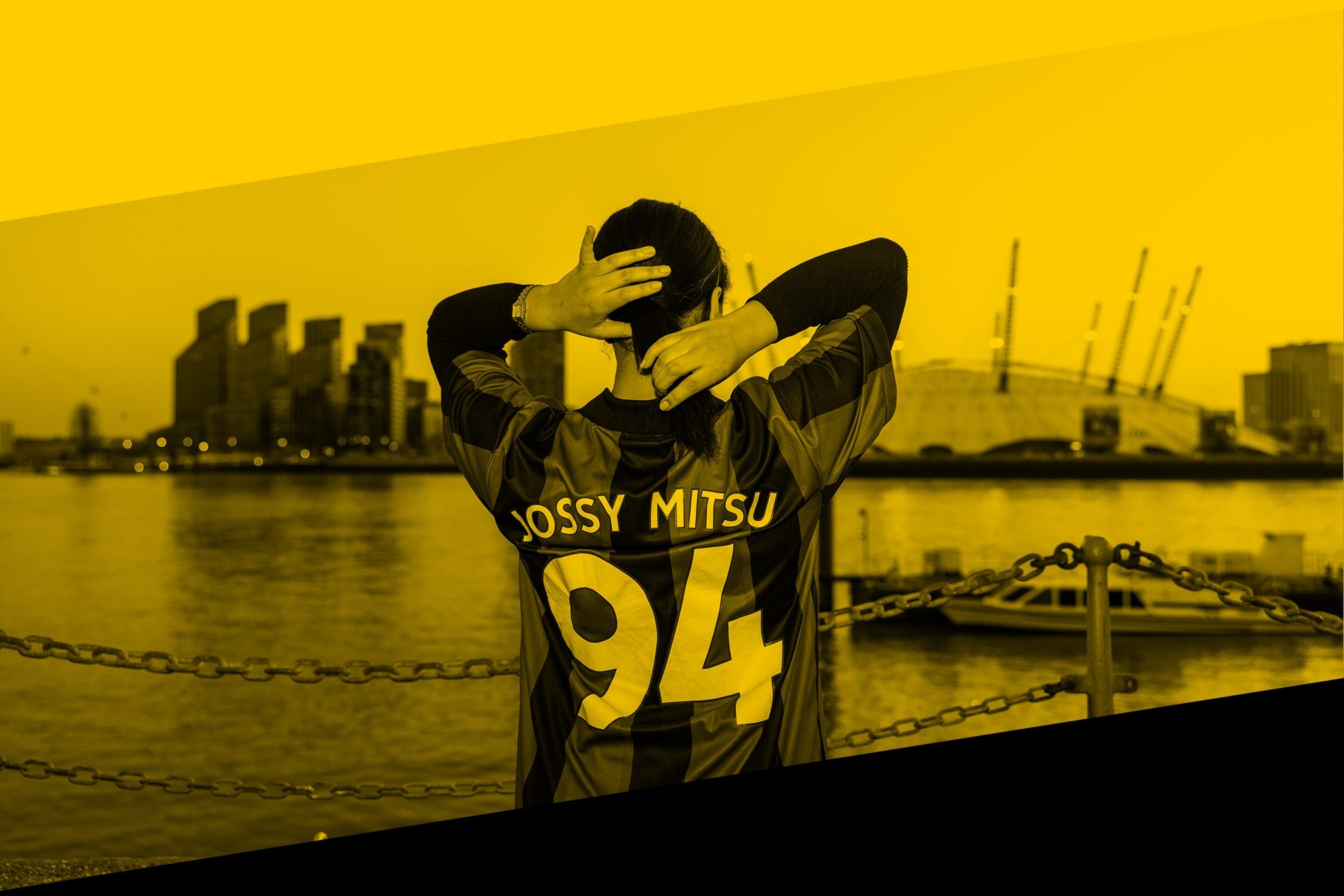 How have you found getting into production and the process of making a full EP?

I’ve found production a really cathartic process and activity to dive into and focus on. It was initially a very steep learning curve and can still be frustrating at times, but extremely rewarding as you continue to put time and effort in. I’d been putting off starting for years but I just had to accept that it was going to take time to learn to make the sounds that I had in my head. Having an EP to work towards and finish was a learning process from start to finish, and I also had to learn to deal with the new feelings of putting tracks out, knowing when they’re finished or when to stop, and being at peace with them.

‘Planet J’ track titles ‘Turismo’ and ‘Ø’ sound like references to the racing game and Hyperdub night at Corsica. What influence have they had on you?

Game sounds are very much embedded into my subconscious from years of playing different games, and high-speed chases came to mind when I was making ‘Turismo’. The Ø night at Corsica was the last rave I went to before London locked down so that was also at the forefront of my mind when making the deeper, dark-room tracks. That night in general has been responsible for some of my favourite midweek nights out and I’ve always left feeling enriched and inspired.

Your first time playing on radio was with Astral Black, who also put out your debut track and more recently debut EP. How important has that relationship been to your work in music?

I think the relationship with Astral Black has been pivotal to becoming the DJ I am now as I transitioned from playing student nights and any other gigs I could get, to having the freedom to play what I really wanted to play, being taken a bit more seriously and finding a community of producer and DJ friends with similar tastes. It felt very natural to release my first track and EP with Astral, as I knew Jon Phonics well and had done a lot of DJ sets and hungover Saturday radio shows with Xao and Drae Da Skimask, and I mixed the tracks together for the 'Frass FM 4' cassette a few years before. With producing my first EP I knew there wasn’t any pressure for it to be a particular sound either which was important.

How did it feel to release your debut EP in the midst of a pandemic?

I can’t really compare it to anything else, but it has been strange to not hear them in a club setting and gauge the reaction that way, but then again I think I would’ve been too shy to play them out myself anyway! I do think the monthly Bandcamp days have been a real force throughout the pandemic, and made people’s support for each other very visible which was really encouraging.

Read this next: Post-club: Why DJs and producers are leaving nightclubs behind

Has the pandemic affected your relationship with club music at all?

I have struggled with listening to club music at certain points, due to the fact that in my mind it’s so tied to playing out and doing live radio. I’d normally hear something I love and could instantly put it into a folder knowing I’d have a chance to play it out in the next couple of weeks, but that hasn’t been possible. At the same time I’ve been listening to more irregular/experimental music and less functional tracks that are definitely harder to mix but so enjoyable to listen to.

What would you look to see change in the music industry coming out the other side?

I think it’s really important that the much-needed reform to the music industry actually happens and change is made. I would like to see more risk-taking, but also people committing to the promises they made to support marginalised people and minorities. Black artists, women and non-binary artists, trans artists all deserve a platform to be supported, listened to and paid fairly. Important conversations have been had over the past year, and it’s important that we don’t just revert back to how things were before. 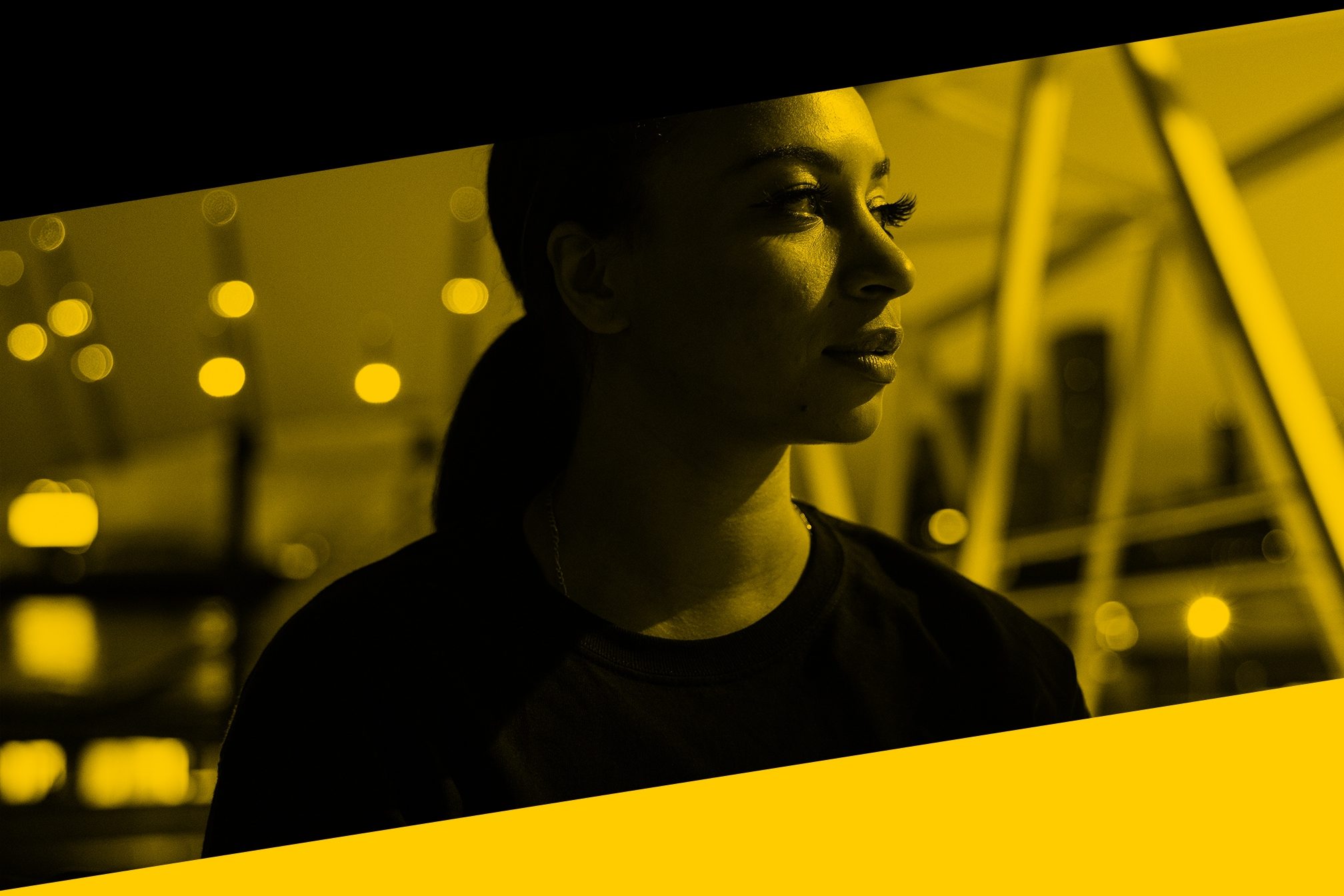 The music from the CELIIINE alias you launched late last year sounds less club-focused. What inspired you to start that project?

The CELIIINE project was quite spontaneous, but I’d had a bit of a block with making club music after finishing ‘Planet J’, which was quite demoralising so I wanted to try out making rap/hip hop inspired beats, which I’d found myself listening to a lot more during the pandemic. I was surprised by how naturally the tracks came together and inspired by artists I’m a fan of and my friends creating and independently releasing their own projects for Bandcamp days. I decided to put them out under a different name to allow me to create freely without having any ties to my other music.

How has being back in Birmingham for most of the pandemic been? Not that much has been going on, but have you felt isolated from the London scene you’ve been so heavily involved in in recent years or do you still feel connected to it?

I have felt pretty isolated from everything here, of course still connected through the internet but I’ve taken some breaks from social media. I’ve had a love-hate relationship with London over the past few years so it was nice to get out and I think having a break from DJing for the first time was a good thing initially. I guess many people are in the same boat but being used to working in music and then being locked down, not able to make things happen has had a lot of us feeling trapped, but I’ve tried to use the opportunity to learn new things and get different jobs.

Read this next: 'Sleeping giant': How Birmingham is building the underground scene it deserves

How are you finding taking on an A&R role with Holding Hands and what have you learned from it, if anything?

I’ve really enjoyed it so far, and although I’ve never really seen myself having a music job, it’s been such a cool learning process and working with Liam [Desert Sound Colony] has been amazing! I was a fan of the label before on my Rinse shows, and it’s been really cool to share our worlds. It’s definitely helped me as a producer and I’m excited to share all of the amazing stuff that’s lined up for this year!

Radio has also felt important as one of the few persisting shared contexts for experiencing dance music through this past year. Have you been listening to much radio? And how have you found helming your Rinse FM residency during this time?

I agree! I’ve actually listened to a lot more radio than I was before, and podcasts too. I’ve always found pre-recording harder than doing live radio shows, and it’s been tough putting them together at home, but I’m definitely grateful to have had my Rinse shows to focus on and keep me grounded and connected to who I am/was before this pandemic.

Read this next: The art of club design

If you were given free reign to design the perfect club, what essential components would you include?

A cool entrance makes a big difference to the club experience, so I’d go to town on that, also a disco ball is essential! I like the idea of having one big room with some seated areas outside where you can hear what’s going on but also hear your friends talk. One of my favourite clubs I’ve been to is VENT in Tokyo, which had a tree inside the club with seats around it near the bar area. I like the idea of having the main room more minimal and stripped back (with the option for creativity with lighting) and the seated areas more creative in terms of design.

Can you tell us about your Impact mix.

This mix is a collection of all the new music that excites me, and embodies the energy I’ll be coming with when clubs reopen.

Jossy Mitsu's 'Planet J' EP is out now on Astral Black, get it via Bandcamp