Downtown Osaka, the second biggest city in Japan, is oddly empty for a Saturday night, aside from one solitary man walking tipsily home amid some forgotten flyers strewn on the ground. But as the night wears on, people start to gather at Beronica, a live music venue near an underpass. Tonight’s party is called Bungee, and it’s one of the pioneering events of the ani-club scene (where DJs exclusively play music from anime films and series).

Entering the venue it appears that the night has reached a point of craziness so advanced that it seems unplaceably alien. To start with, there are cosplayers dressed as characters from Japan’s most well-known anime series, like Cardcaptors and Naruto. While some sit on the sofas, others are dancing wildly on the dancefloor, hair flying in all directions. There are those who start to breakdance, and those who start performing a cheer-type dance known as ota-gei – a word formed from otaku (anime geek) and gei (performance). When the DJ plays one particular tune, fangirls exclaim in delight and run toward the booth. Not for the DJ; it’s the anime characters on the video screens that make their eyes shine. The anime-club movement is 10 years old, and the ages of the participants vary wildly, but what stands out as much as the bright costumes and wigs are the dressed-down people in wrinkled T-shirts and scruffy clothes. They don’t look like clubbing types at all – and they’re not. These are the otaku, anime superfans and collectors often caricatured as lonely introverts existing in bedrooms full of merchandise and gaming stations. Seeing them letting loose in this setting seems almost as surprising as the bright costumes. 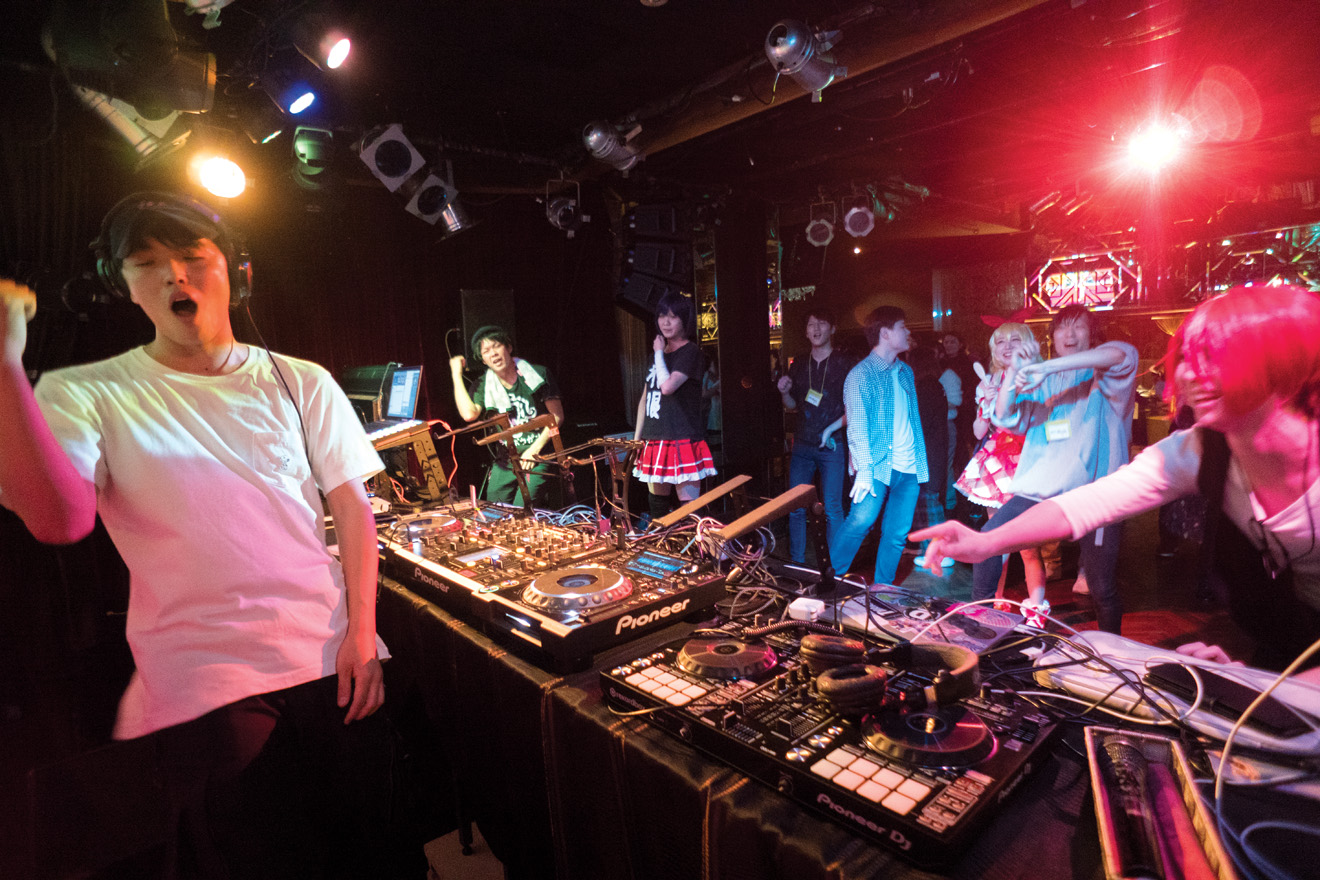 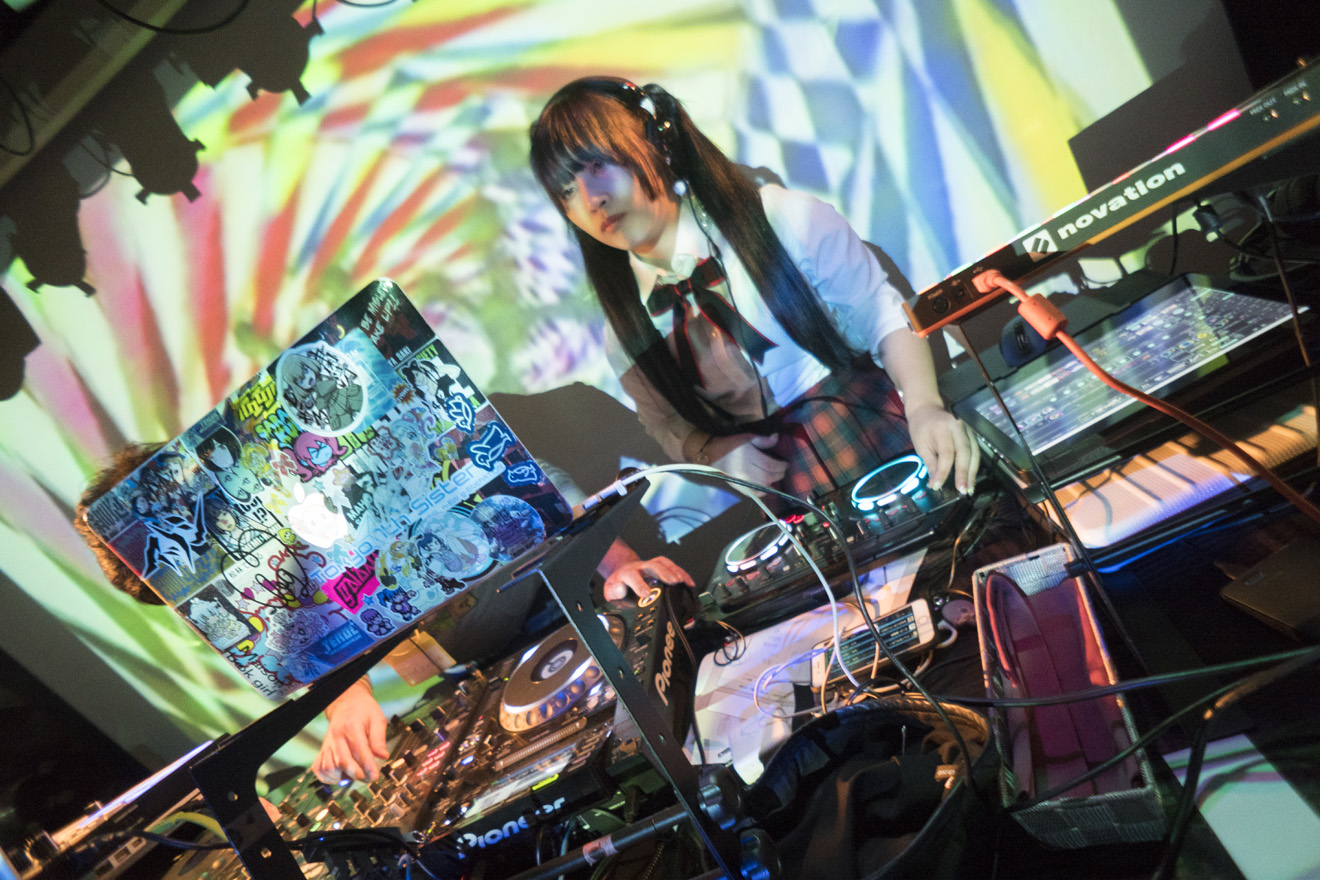 As recently as January, Tokyo’s famous Aoyama Hachi venue was forced to close its doors for violating the country’s complicated nightclub licensing laws – though it has gradually been re-opening on some nights. The fact is, with their hard-working and modest habits, Japanese people can have difficulty letting loose in public. But the problems with Japan’s club scene are not all due to ingrained habits and cultural characteristics. There are also issues like expensive ticket prices, the Tokyo-centric composition of the population, and a lack of public transport infrastructure to support an all-night club scene. That the ani-club scene is thriving is a rare moment of positivity for clubbing in Japan in general.

“I started my DJing career playing reggae, but ended up shifting to anime music because it got the biggest reaction,” says Salmon Taro, Bungee’s organiser. “The movement expanded so quickly – beyond our wildest imagination. Now, events are even held outside Japan, in places like Taiwan.” Salmon Taro spends weekdays working a regular job in a factory, but his tireless promotion of the ani-club scene – purely for pleasure – has made him a major player in this corner of clubland. “It’s a quirky, vaguely punkish community with some of the friendliest and most innovative selectors I’ve ever encountered,” says Alex F, an American-born hobbyist DJ based in Kyoto. 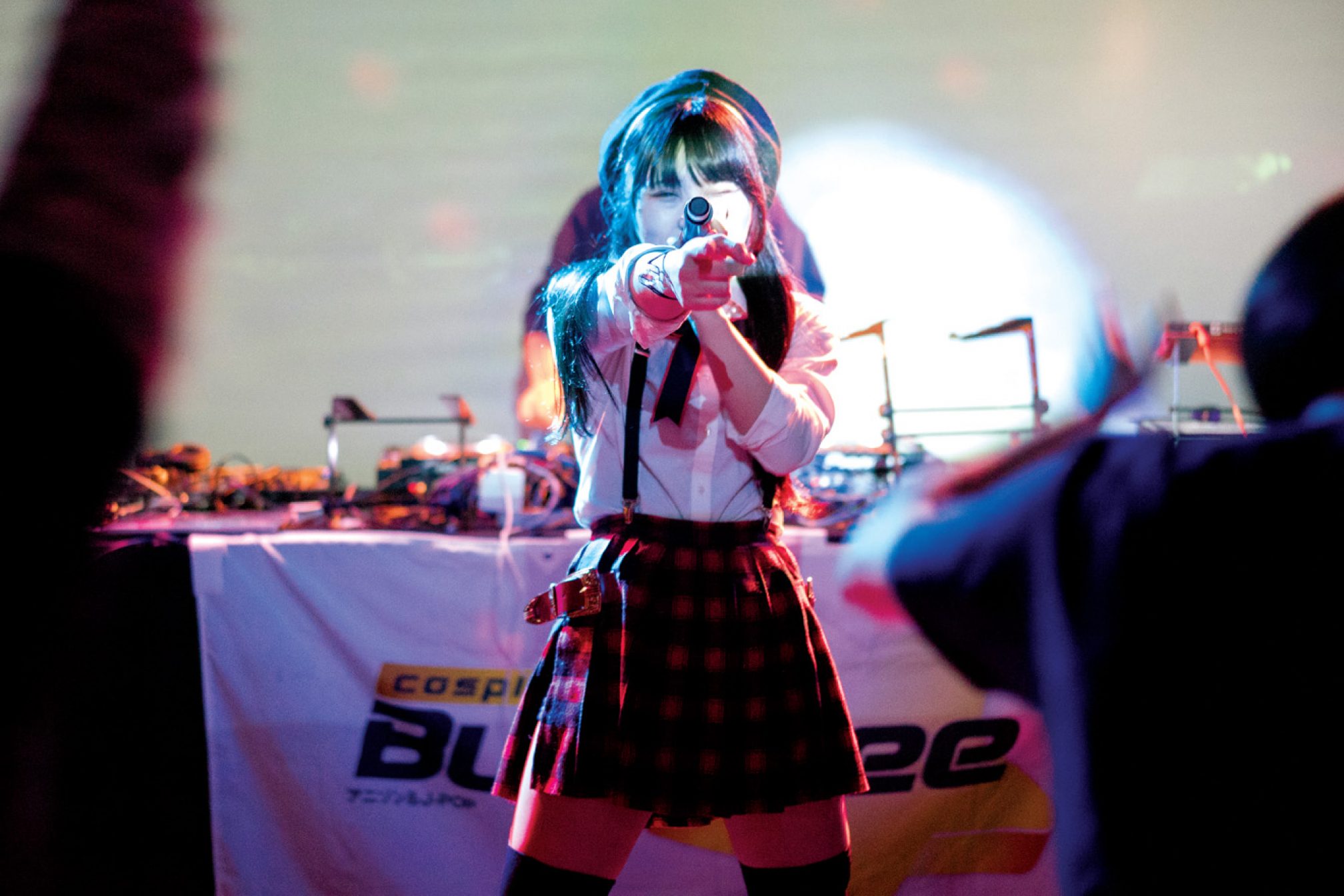 The most impressive act of the night is the 24-year-old DJ, Batsu. With good looks, an on-point music selection and a keen ability to read the crowd, Batsu mesmerises the entire dancefloor. Also adding to his qualifications are the rumours that his uncle used to be a legend on the UK dubstep scene.

In one sense, a good DJ is a necessity. The interaction between selector and audience is key to making a good party. But as important as dancing freely is the freedom not to dance unless the music moves you to, because authentic reactions are what make the party better. Again, this can be difficult for the homogenous and cooperative Japanese people, who often try not to offend anyone. 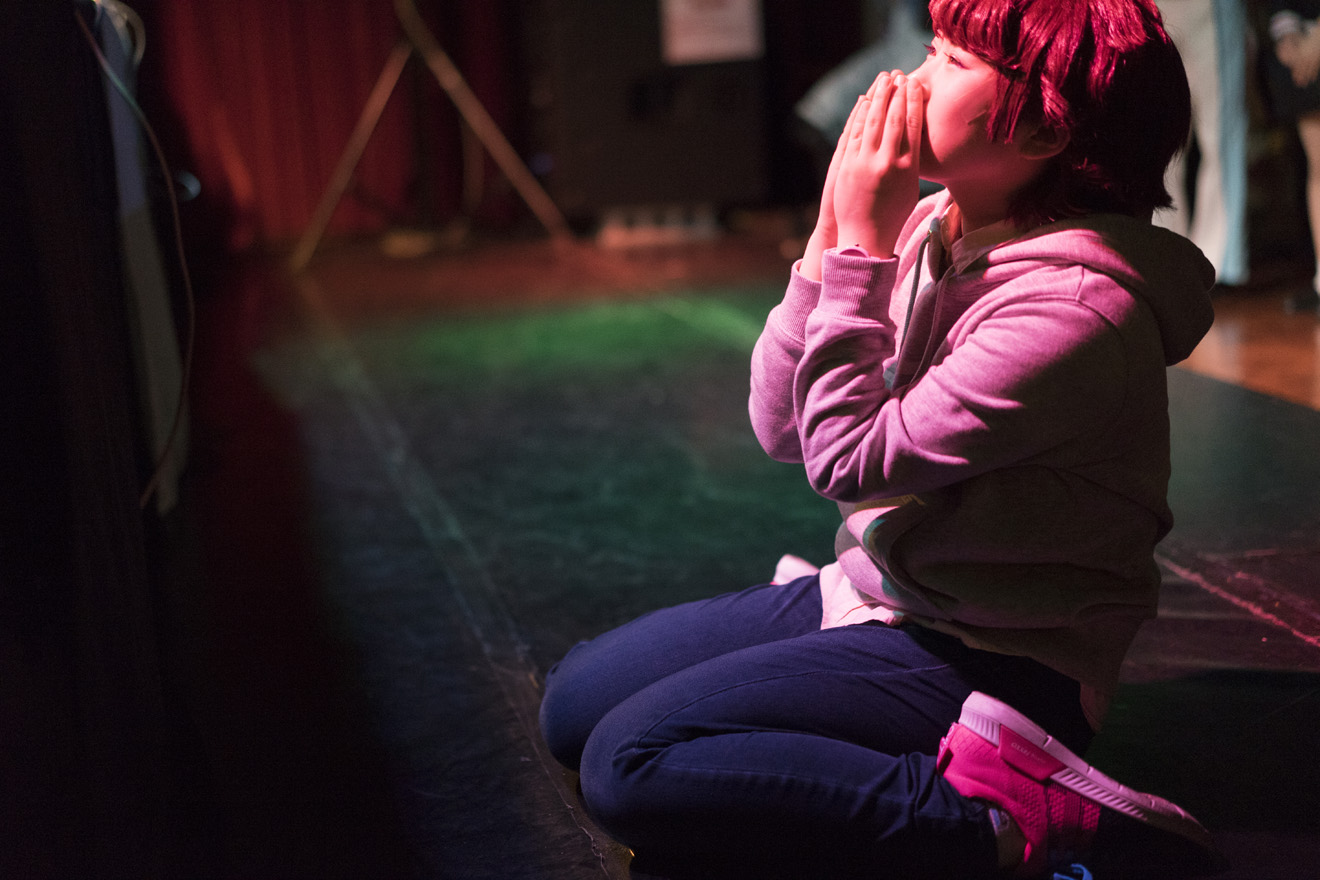 Look beyond the costumes and the saccharine-sweet music and tonight’s event has the same basic values as any club event on the planet: self-expression, the harnessing of a shared passion, and the will to bring together a community.

There’s a famous saying in Japan: ‘It’s the outsider, the stranger, and the youngsters who create the revolution’. If these words are true, then ani-club may just be the start of a truly homegrown Japanese club culture.