“YEAH JAMES!,” howled a dancing man at around 3AM at Queens’ Knockdown Center, as LCD Soundsystem’s frontman James Murphy mixed in Bill Withers’ 1970s soul jam 'Saturday Night in Harlem'. Nearly seven hours into the final night of Despacio, Murphy and 2ManyDJs' tux-toting brothers David and Stephen Dewaele’s all-vinyl smorgasbord, it was one of the first times I noticed a crowd member audibly shout out the event’s “anonymous” (a.k.a placed somewhat off in the corner) DJs. In an international nightlife scene often fueled by visible headliners, this was a moving surprise.

First turned on at Manchester International Festival in 2013, Despacio is something that could only be dreamt up by personalities so unabashedly nerdy, productively scatterbrained, and of course, successful (to the point of having the leeway to dream up million dollar sound systems) as Murphy and the Dewaeles. Murphy, who recently scored a number one comeback album with LCD Soundsystem, infamously spent much of his “time off” following the group’s demise opening a natural wine bar and tinkering with turnstiles and tennis balls—as well as of course, DJing strange and succulent records around the world. The Dewaeles, who gained worldwide fame as purveyors of the mashup as 2ManyDJs, and the spaces where rock and rave rub shoulders with their band Soulwax, have also refused to sit still over the years, whether it be through their scene-mixing projects or restless tastes in the DJ booth. Together, one can’t be too surprised that this trio of super famous audiophile pals are behind a roaming soundsystem that looks back to a time when DJs weren’t the center of attraction, but rather the pure music that poured out the speakers. Following stints at Sónar, Coachella, Panorama, and Glastonbury over the last five years, the trio brought Despacio out of the festival tent back to New York City this past weekend for three nights at the Knockdown Center in Queens. 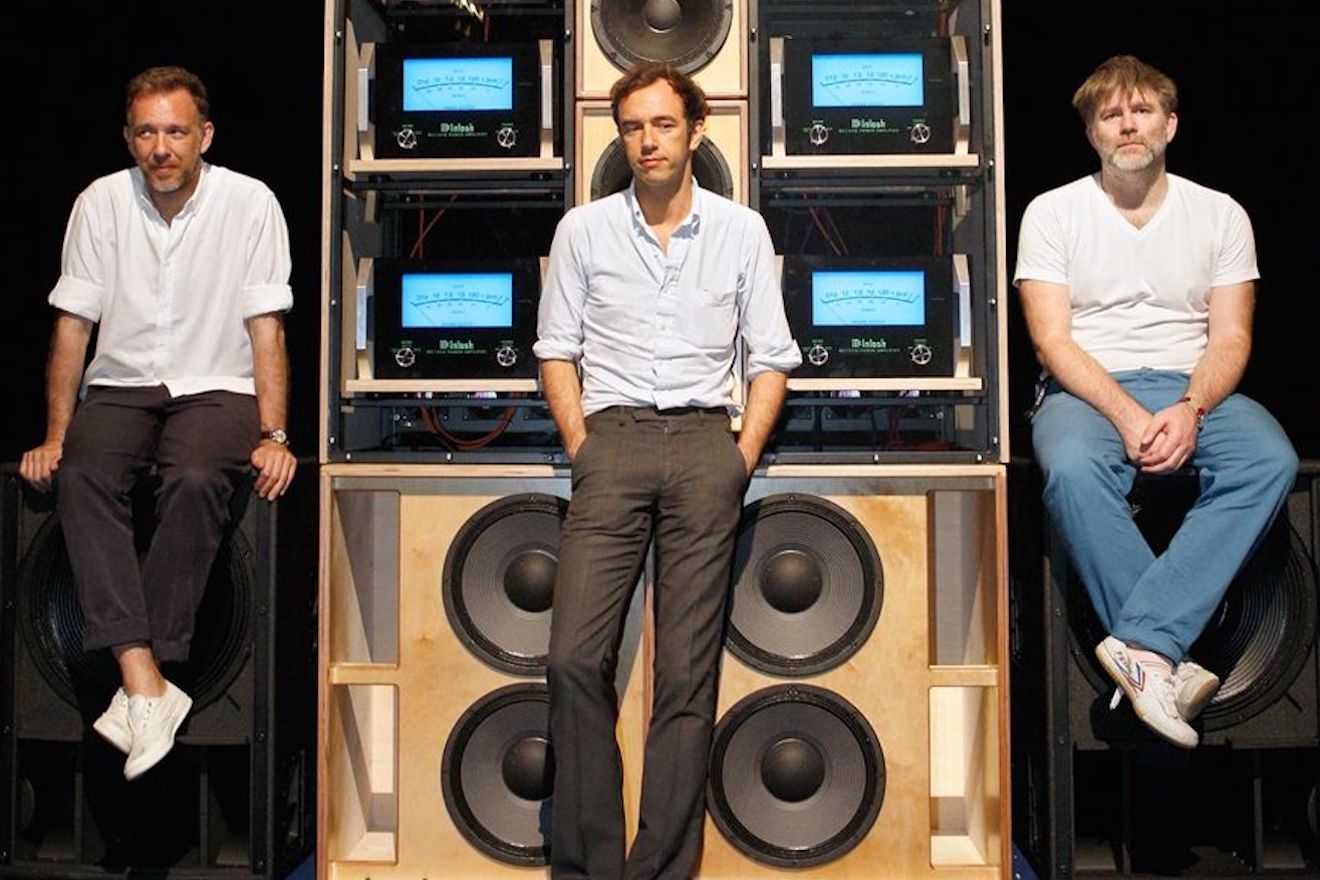 While the average passerby might have simply described the night’s musical vibe as “disco,” Despacio’s musical DNA, as the group described to SPIN in 2014, was more along the lines of true balearic: a sound and movement birthed in 80s era Ibiza by godfathers like Alfredo and Jose Padilla. Traversing smoothly between sunny rock, new wave, disco, house, and a variety of instrumental atmospherics, the style became the sound of the White Isle due to its penchant for slow BPMs and a refusal towards genre conformity. Murphy and the Dewaele’s take on the sound was a satisfying, albeit slightly more modern look into their drool worthy record collections, giving them the chance to play slowed down (Despacio translates literally to “slowly” in Spanish) records from a variety of decades whenever they damn well pleased.

Beyond a slew of unrecognizable tunes, the first obvious cut Mixmag noticed was Kool and the Gang’s 'Jungle Boogie', followed later by the chugging grooves of Sylvester’s sleazy classic 'I Need Somebody to Love Tonight'. There was a strange edit (or possible bespoke dubplate as the crew has been known to include) of 'The Safety Dance', as well as something that sounded like a version of Exile’s 'Kiss You All Over'. At the peak hour of 2AM, Paul Simon’s heartwarming 'Diamonds' poured out of the speakers, before one of the Dewaele brothers swiftly mixed into acid house. At nearly 3AM, someone threw on 'Fly Like an Eagle'. The bassline had never sounded sweeter. With the smell of natural wine and a fully functional coffee bar wafting into the dancefloor, and the DJs perched behind the booth in a wash of low light, it at times felt like James Murphy and his pals were simply playing us records in their living room rather than a giant custom dance floor set inside a sprawling industrial event space.

As the hours ticked on, I certainly picked up on some subtle restlessness brewing amongst the crowd. Most parties have an ebb and flow were energy picks up (or eventually wanes) throughout the evening leading towards some sort of expected climax. With Despacio, however, the track’s played weren’t necessarily reliant on the hour. House bled into slow-mo boogie grooves and vocal rock, often in the same 30 minutes. Some people revelled in this “no-rules” ethos, while nearing the end of the party I could sense some merely wanting to get a look and photo of James Murphy headbanging. Others seemed at times confused with why people were crowding the center of the dancefloor, where the best sound was, versus the DJ booth. The lights were also repeatedly turned on, forcing people to, you know, look at each other. 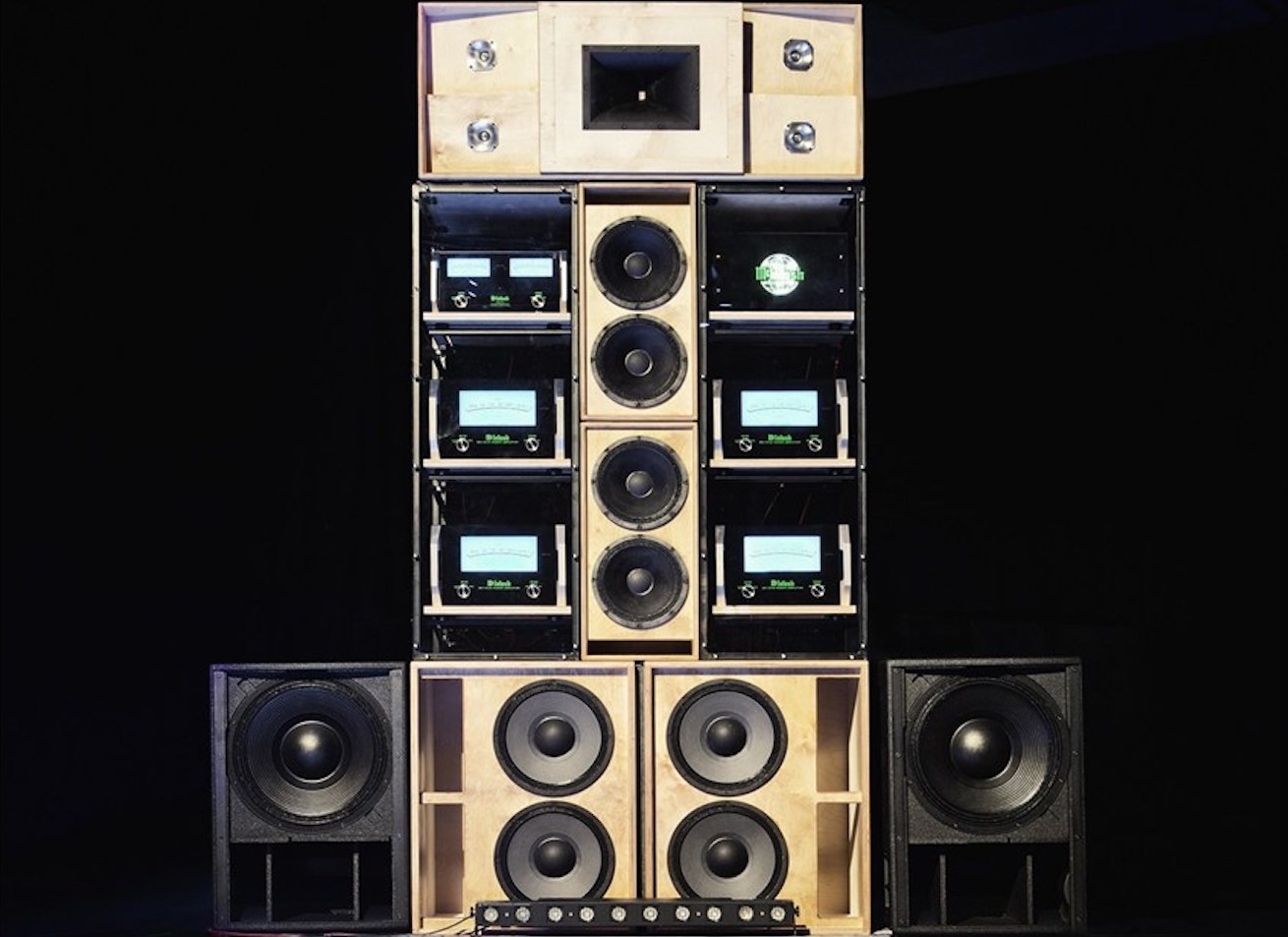 Despacio is a fascinating event for anyone who frequents dance spaces. While the event itself doesn’t focus on or necessarily highlight Murphy or the Dewaeles, but rather their record collections and soundsystem, there was a palpable presence of die-hard LCD Soundsystem fans throughout the room. At times, it even felt like a quasi-reunion of those who had attended their iconic shows over the years. A local college student we spoke with outside named Joel told me he was excited to hear the music being played, but mainly wanted to feel nostalgia from seeing LCD’s “farewell” show at Madison Square Garden years back. Another attendee Kian had heard about Despacio at Panorama festival, and was curious how slow music could actually power a party. At one point, I saw a woman who had just entered the room nervously ask a security guard where the DJs were located, before darting into the crowd with her iPhone in hand.

David Dewaele referenced the potential confusion around the event in the first interview to SPIN, saying “We’re not really the stars of the show; the stars of the show are the speakers and the setup. So it makes for a beginning where it’s slightly confusing.” Years later, with the project at its highest profile, it’s interesting to think why people come to, or stay at, an event like Despacio in 2018. Are we simply tired of flashy superstar DJs with their hands in the air? Or the rinsing of the new Denis Sulta track at exactly 2AM? Or do we just want to get a look at James Murphy’s messy blonde mane while listening to music in its purest form? While the answer there inevitably lies with the attendees, and perhaps is a little bit of it all, one must still applaud the minds behind Despacio for creating a space that questions what we look for when we go out to listen to music—as well as what that feels like.