“MOTZ is about banging techno. Proper up-your-arse stuff! We’re Irish and we represent that energy wherever we go; ‘taps arf’, rowdy, an unpretentious party vibe,” says Niamh O’Connor. The 25-year-old is one of the co-founders of the MOTZ collective: six 20-something Irishwomen, all dedicated to the harder style of techno. They are founders Jasmine Azarian, Niamh and Stefanie McAllister, plus Eleanor Brooks, Georgia Murphy (AKA Ôneyra) and Maedbh O’Connor. Each member DJs, produces and writes for the MOTZ blog, contributing from various locations including London, Dublin, Limerick, Berlin and India.

Tonight they’ve taken over The Cause in Tottenham, North London, for their biggest party in the capital so far. On the line-up in the main room are Manni Dee, Randomer and Clouds, plus a whole host of MOTZ crew friends, including Ceili, Witch Trials and Lockhart, filling Room 2 with ‘filthy bangers’.

At midnight in the main room Manni Dee is setting the pace and the club is filling out nicely. After Niamh gets Room 2 warmed up, fellow MOTZ member Ôneyra weighs in with a stomping set full of twisted vocals and spine-tingling atmospherics. Throughout the night the club is shaken by a large dose of ravey techno with hints of EBM, electro and industrial - a sound so potent that it invokes primal behaviour in those who experience it, limbs thrown around frantically left, right and centre. 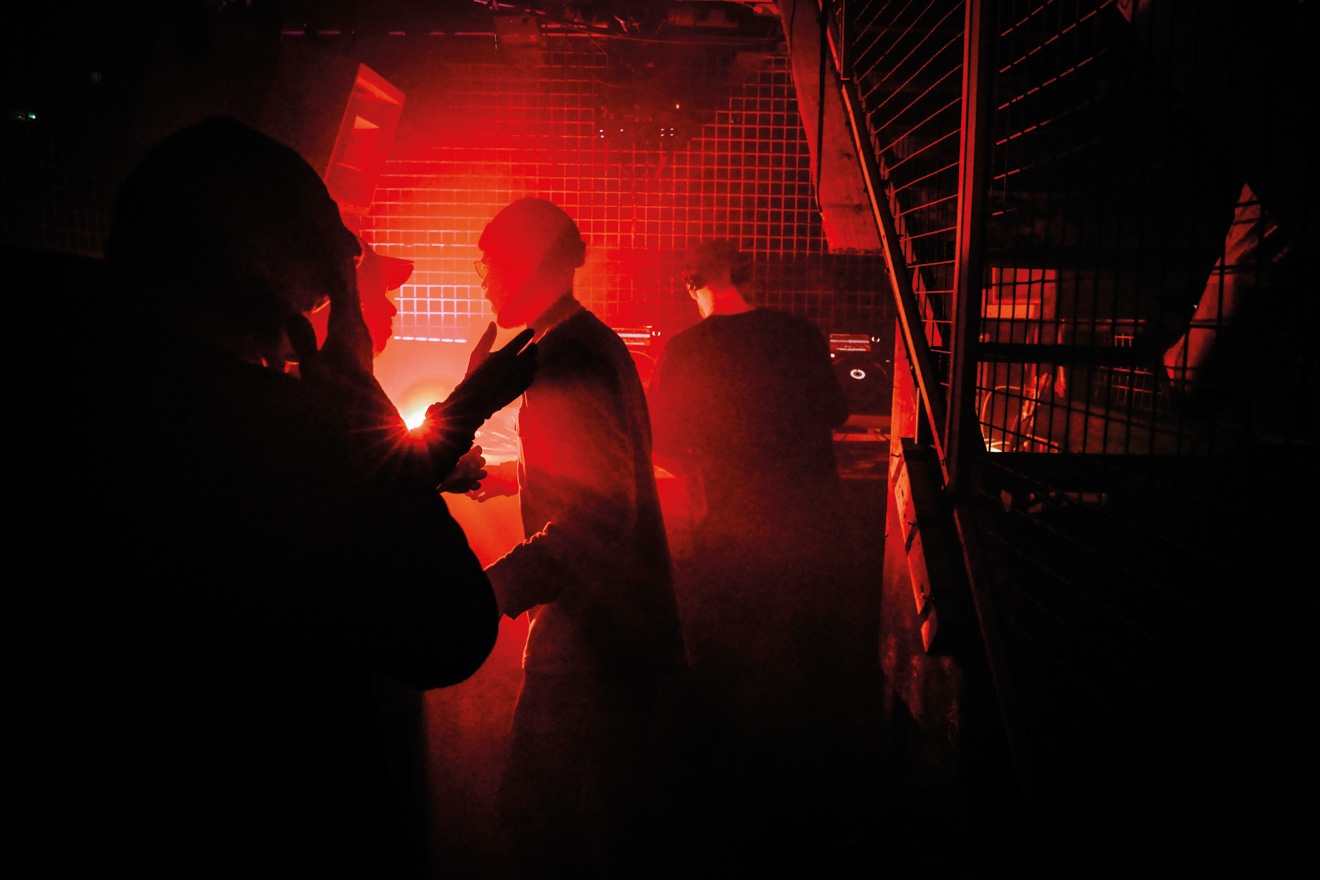 MOTZ (Dublin slang for ‘girls’) was conceived by 29-year-old Jasmine when she was living in Berlin. After finishing a course in music production at Brighton Uni she’d made a beeline for the German city. “I guess Berlin [for electronic music artists] is a bit like Hollywood for actors: people get lost and forget what they went there for,” Jasmine says. In contrast, she relocated with very clear goals and ambitions, which kept her focused. Wearing a neon top and matching nail polish, she, like Niamh, speaks with infectious enthusiasm. Like sisters, both women frequently finish each other’s sentences or say the same words in harmony.

Soon after her move, Jasmine met Stefanie and they bonded through a mutual love of techno. “We were dancing in Sisyphos and I told Steph I wanted to start a website, label and events platform,” she recalls. The very next day Jasmine followed up, adamant that the positivity they both felt in the club should be nurtured and channelled into her idea. Stephanie agreed, and they initiated the first stage of MOTZ.

Niamh joined soon after. She’d first met Jasmine when they were enrolled on a DJ course in Dublin back in 2012, when they were both more aligned with deep house. After being blown away by local hero Sunil Sharpe at Life Festival a few years later, Niamh fell in love with techno. A move to London didn’t quite work out and she moved back to Dublin to study music production. But when she returned to London for a second time Jasmine got in touch and invited her to join their fledgling collective.

In November 2016 the MOTZ blog was born. “I hated the word ‘blog’ to begin with, I always thought we were more professional than that. I always had a vision of it being more than just an online ’zine,” says Jasmine. Her leadership helped steer the site to its first club event, to mark their first birthday at Arena in Berlin in November 2017. The night was a triumph and, buoyed by their first taste of success, they started to plan more events, eventually setting up a label which has just dropped its first V/A compilation. 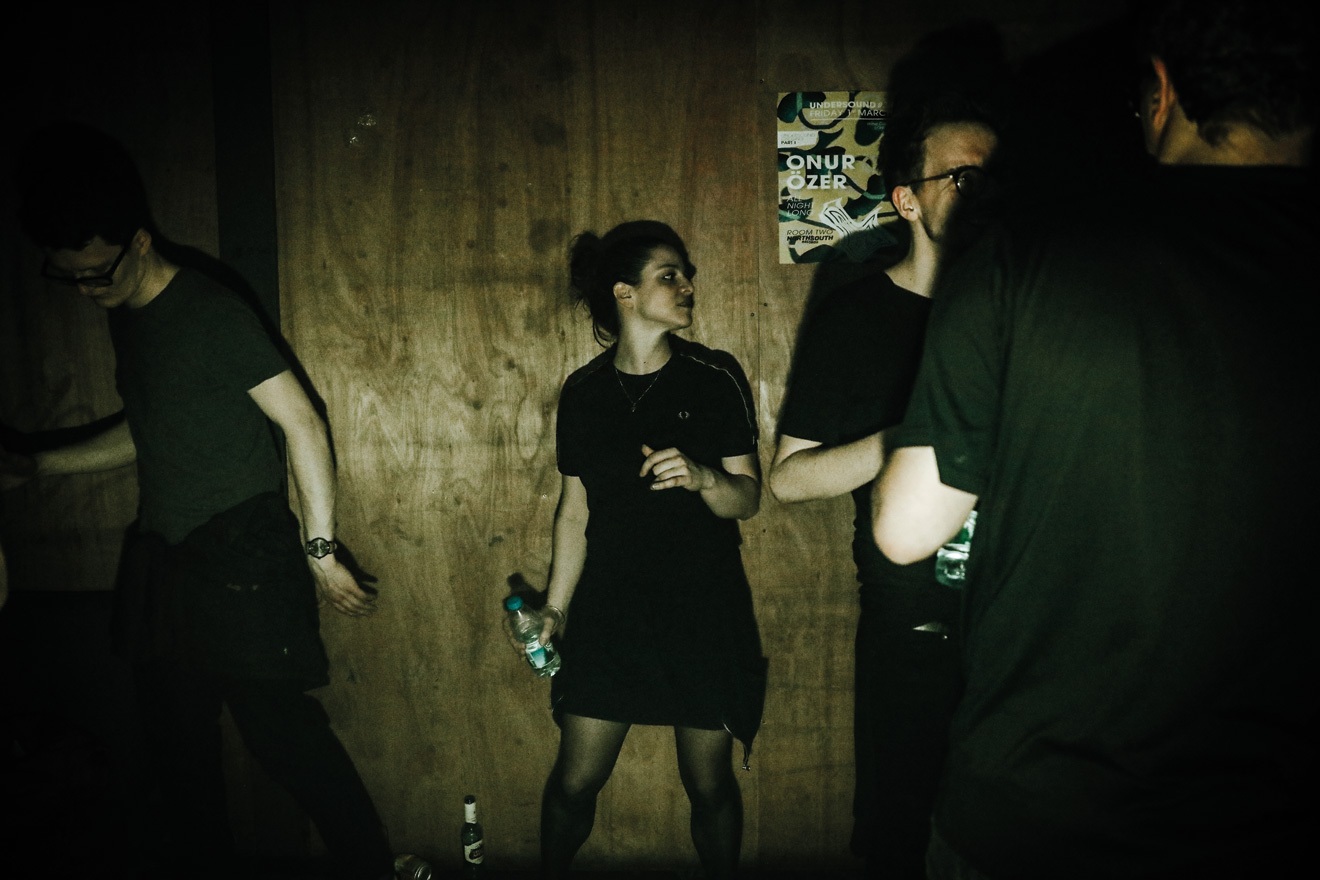 At the core of the crew’s energy is the unwavering support they give one another in what’s still a male-domnated genre. “We’ve never played on the female thing,” Jasmine explains; “Not many people even know what ‘MOTZ’ means. We just get on with it and keep playing the music we love. In the early days of the blog we’d get guys emailing saying ‘Yes lads!’ or ‘Hey bro!”, because no one knew who was behind it.”

“We’re not against men at all,” continues Niamh; “we book them to play at all of our events, we want them to come to our parties and we’ve had amazing male mentors – all we want is a bit more balance and equality. It’s not about ‘the future is female’, it’s about everyone being on equal footing and more women feeling confident enough to get involved in this business.”

The Cause’s soundsystem is by now getting a thorough workout, with Randomer stepping up to carry on the raucous energy Manni Dee has whipped up in the packed main room. His rousing intro gets everyone hyped before he launches into an all-out assault of kicks, bass and snares. Over the next few hours The Cause descends into a mass of sweat-drenched ravers, thumping beats and energy so dynamic you can physically feel it. It’s an atmosphere that’s only possible when the crowd and the selectors are willing to let loose.

This is what MOTZ is all about, and what keeps all the members and their associates dancing, sharing music and writing about it. The friendship, camaraderie and support is limitless, the positivity contagious. Proper bangin’, in fact.