2020 saw the release of Disney and Beyoncé's Black is King, a groundbreaking and historically important work of art highlighting the excellence of African culture and its global impact. It reflected a change and uplifting energy that is in the air of the new African music scene, with the emergence of many amazing creative talents who are showcasing the capacity to advance the continent’s musical culture.

It’s an exciting moment for African dance music, with the significant mark by influential DJs such as Black Coffee, DJ Spinall, DJ Xclusive, DJ Black, DJ Maphorisa and DJ Aroma paving the way for a new wave of young DJs who are breaking ground internationally, mixing styles such as Afrobeats, Kwaito, Amapiano, hip hop and all the hottest sounds emerging from Accra, Lagos, Johannesburg, London and New York. DJs both on the continent and in the diaspora are rewriting the narrative of what African music should be. There is a movement shifting the culture that is riveting and thrilling to see.

One of the fast-rising young DJs coming from Ghana is Nii Otoo Mensah, popularly known as iPhone DJ. Nii is 25-years-old and renowned as the first-ever popular DJ to play on a mobile device, electrifying audiences with his iPhone approach to DJing. His career kicked off in 2017 with the creation of a mixtape he called Cruise Control that gained him a lot of attention with over 20,000 streams on SoundCloud, and many follow-up editions achieving the same popularity.

iPhone DJ’s unique style has seen him rise to become one of the most sought after DJs in the country, earning national awards and playing at a Boiler Room held in Accra in 2019 and alongside big names like Wizkid, Mr Eazi, Sarkodie and Davido at concerts. He also caught the attention of Idris Elba last year and guested in place of Toddla T on BBC Radio 1’s Soundsystem show in August. He’s playing a role in shaping the sound of the modern style of disk jockey in Ghana.

Mixmag tracked down iPhone DJ one sunny afternoon at the Front/Back club in Accra where we had a chat about his journey, inspirations, life in lockdown, and more. He also curated an exclusive guest mix. Hit play and read the interview below. 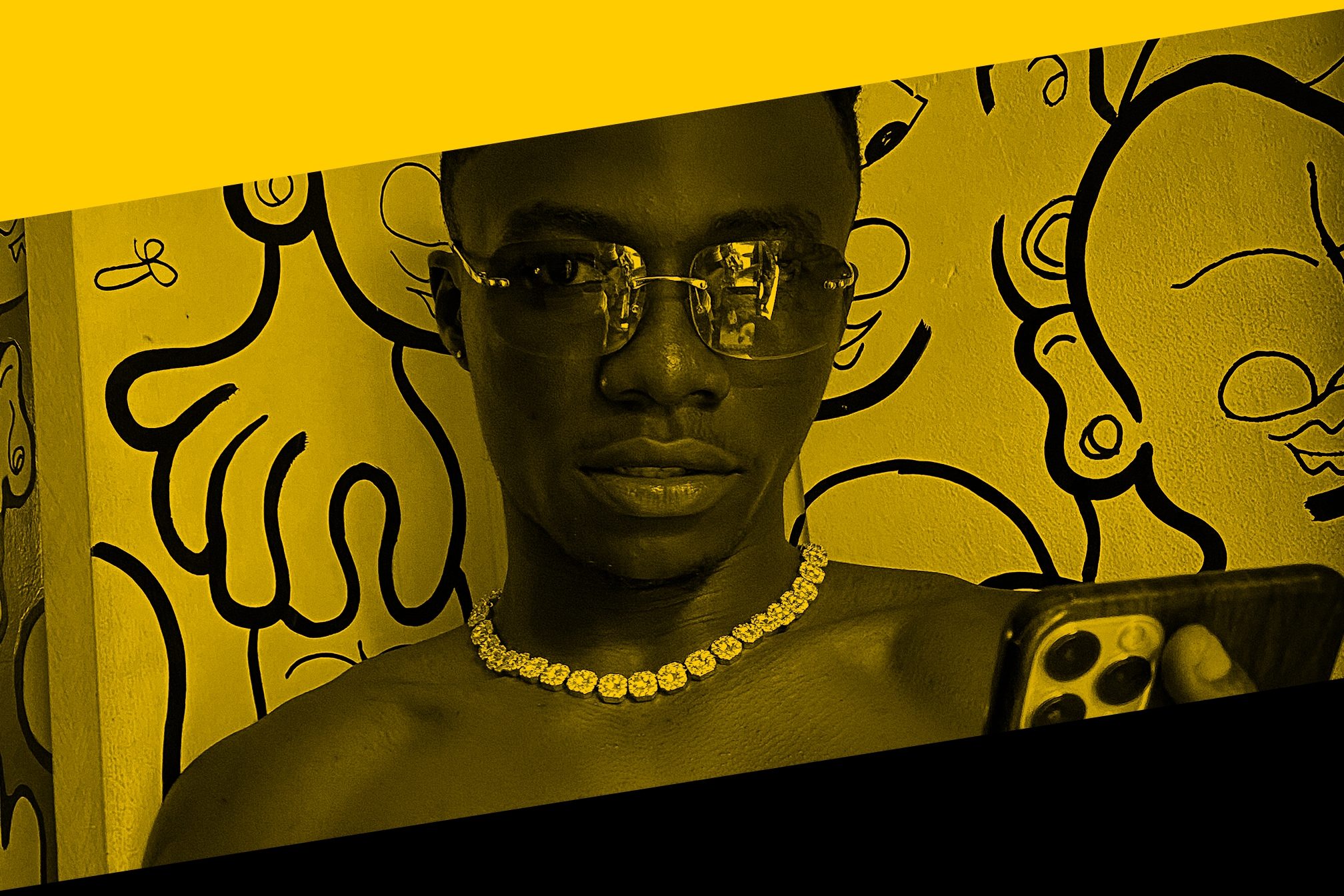 You are famous for your style and stage persona, tell us how it all started?

iPhone 5s was very popular back then, and I had found this paid app on the AppStore that was going for $0.99. It could mix and record songs, and one can play them later. I found this very captivating, so I started trying my hands mixing some tunes together. I wasn’t even thinking of people enjoying my style of mixes, all I did was just record and play it all by myself loud in my room back on Campus. So the early stage of my career started in Uni back in 2017, where I would do some mashups and just put them on SoundCloud, which landed me one of my highest streams.

My first time DJing publicly was in a club called Paparazzi. It was a Thursday evening and also my first time going to the club, my friend had invited me for his birthday, so he invited me to come to DJ. I was so shy to do it but I gathered the courage and went to the club to play — when it was my turn I was shaking. People started asking who I was, then I didn’t have a name, so the hype man Jerome mentioned me as iPhone DJ. It sounded weird to me at first but it dawned on me later that, the name iPhone DJ, wasn’t bad. I just embraced the name, and that was my pivotal moment.

After that night, I had promoters at the club who started putting me on for shows. The challenge I had when I started was I looked down upon because they will invite me for an event and I will show up with my iPhone. I had some folks telling me "You play good but it would be advisable to use a laptop in playing". I never let that deter me from achieving the goals, I kept forging on; there are days I was paid little or none at all. But one thing I have learned in life is, don’t let anyone or anything stop you from dreaming big, that was the mantra I live with.

Why the use of the iPhone in DJing?

Firstly, iPhones are very reliable. I love tech as I have always liked high-end mobile devices. In terms of running their apps on my phone it won't crash or freeze.

Read this next: In Bloom: Accra's explosive club scene is like nowhere else on earth

What sets you apart from the other DJs in Ghana?

I will say I’m so different from the rest, I personally don’t know anyone who is doing this mainstream. Growing up I always listened to other DJs play and I was so interested in how they play with their spinning and all, but never thought it was going to be a career for me. I didn’t think I was going to be good at it, but looking at other DJs and how they turned their work into artistry, like DJs who go on stage and command crowds like musicians, was cool to watch. I would go on YouTube and watch videos on how they did it, it was interesting so I knew it could happen. But I didn’t know if it was mine to do so I just went with the flow and it worked for me.

Who inspires you when it comes to your fashion style? Your style is really impeccable.

As a skinny young man, initially, I’d always choose to be regular but I came to a conclusion, to be a brand, you also need to have a style, and style comes with dressing well. Wizkid for instance plays a huge role in my choice of style. I take inspiration from his style because we have the same size and sometimes I do get people telling I look and dress like Wizkid. I also take cues from King Promise who has an amazing style too, and also R2BEES. Sometimes you don’t need much to look good, it’s the little details for me. 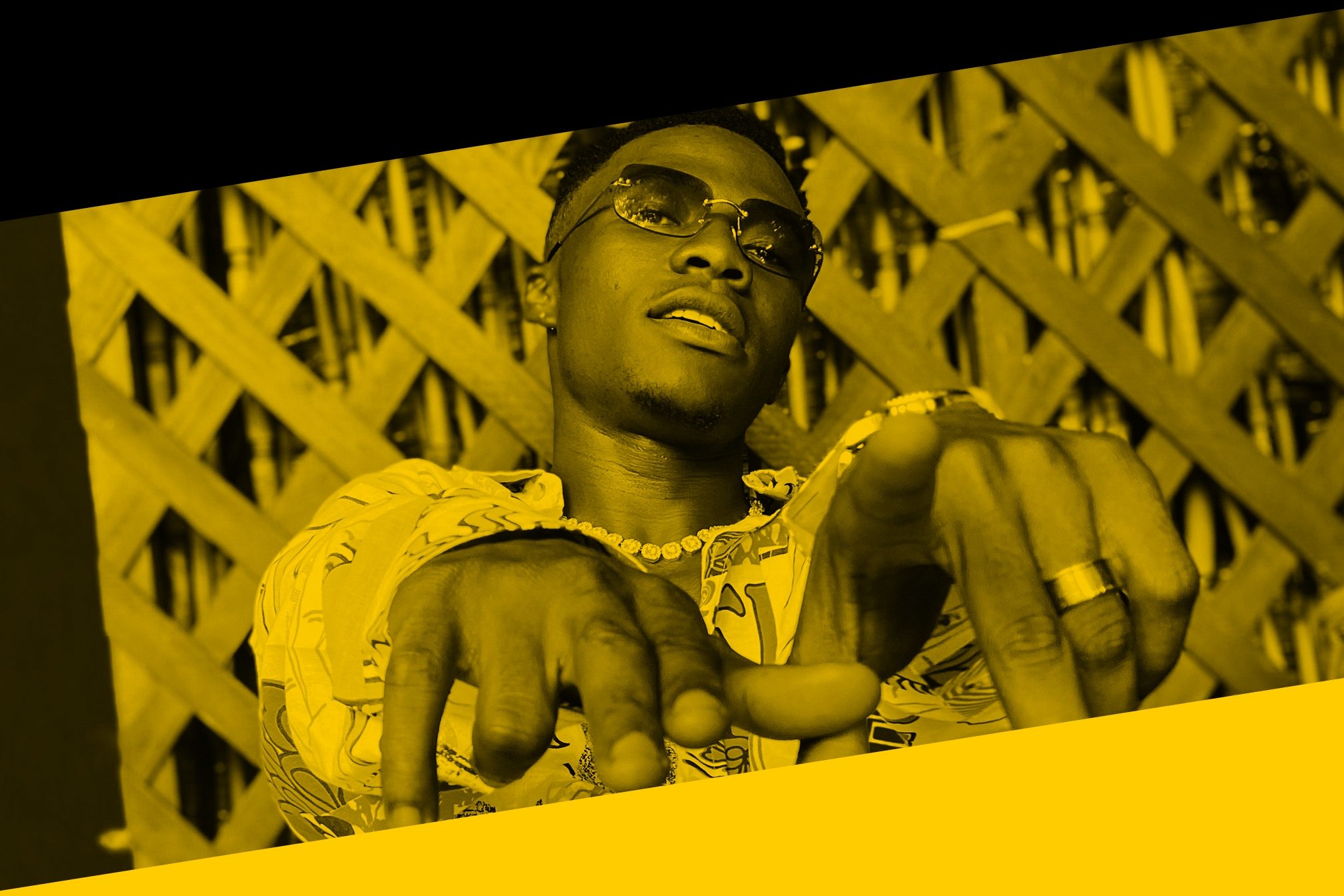 Did you at some point face some challenges in your career, especially using an iPhone play?

Oh yes, of course, I get that often, people always are taken aback when they see that I come working with just my iPhone. My Boiler Room event, for instance, I had no idea what the event was. My friend texted me saying 'Hey you in the Boiler room event', and then I saw the email. I thought I was dreaming haha, I still don’t know how I ended up there but it was humbling for me.

I got very anxious because I was told it was going to be streamed worldwide, and more like a DJ platform. I was put on the spot, and I got so tense that I didn’t perform well. After that night I started receiving hate comments, I would wake up in the morning and I would receive a chunk of hate messages: “You loser” etc. It became too much for me to bear. But I never let that stop me. I was hurt for a while but I knew that if I had a fair idea about the event I would have really prepared for it. Boiler Room gave me that platform to hone on my craft more for the international market and it has been a great journey.

How did you maintain creative balance during this COVID-19 lockdown?

I have actually had more time to be creative this time, COVID-19 hit us all when we least expected but it also came with some good stuff. The lockdown brought more attention to the media, especially Instagram. I started trying new ways in making my audience happy, where I got to go live on Instagram for a Bloombar Live Party session. The first time we had about 2000 plus people watching live, then the second one saw 4000 people also attending the virtual party. I had so many people, especially from the diaspora who had never seen me play, getting the chance to listen to my mix. Personally, it was such an experience for me and also therapeutic.

Who inspires you as a DJ?

Virgil Abloh, not because he’s Ghanaian, but there’s this video I watched of him on YouTube playing at Terminal 5 in New York City. This particular video started this whole thing for me, I won't lie. I saw Virgil pull up to a show and was able to control the crowd so effortlessly, and connected with the people and they reacted to his mixes. After seeing that video I got goosebumps and I was like I really need to do this thing badly.

Diplo & David Guetta also have a great choice and good mixing but those are not the type of music that I want to represent, I want to be like an event DJ probably like big festivals DJs like Wireless or any crazy hip hop festivals. I would love to be part of such festivals, controlling the crowd. I love watching Travis Scott perform on stage with DJ, it’s super cool to see him commanding the crowd like they are all in sync, it such a good feeling.

What are your limitations as a DJ, especially using your iPhone to play?

Technology, man. Initially when I started as an iPhone DJ I’d put an AUX in the phone and play like a normal DJ connected to a cable, but along the line I discovered I could play wireless even though there’s a little latency. With muscle memory, you can work your way with that latency, but the faster technology advances, the more sophisticated we could get to help curb those problems. As it stands now there’s no aptX adapter available yet, enabling you to get high sound with the lowest latency. iPhones use a sound codec called SBC while the Samsungs have something called aptX low latency, and that’s what I need so badly.

Any advice on the young ones and people who want to have a career in DJing ?

I encourage everyone to stay true to their values and what they stand for, and know that no matter what you put your mind to achieving that surely it shall come to pass if you are consistent. There will be naysayers but don’t look at anyone, just do you!

Can you tell us about your impact mix?

We have had a rough year, this mix is to uplift us all, that! This too shall pass! I want people to just appreciate the new sound of Afro-Fusion music.