Nothing screams Friday night in London like a red-hot DJ set from Jodie Harsh.

The self-styled "reigning Queen supreme over international nightlife" cut her teeth working at The End and Space Ibiza before becoming a pioneering force on the London gay scene with parties like Room Service, which kicked off in 2010 and has welcomed selectors such as Honey Dijon, Severino and Smokin' Jo. And the international part? Well that comes from parties everywhere from New York to Tel Aviv and from Paris to Sydney. You could say her destiny was sealed when Alexander McQueen, Roisin Murphy and Boy George came to her legendary 21st birthday party.

The rest is history: Playing at events like Glastonbury and Sydney Mardi Gras and at leading venues like Razzmatazz and Pacha as well as ridiculous stages like Wembley Stadium come second nature to Jodie. Her work in the studio has seen her remix Cher, Madonna and Justin Timberlake, with both her reworks of Beyoncé hitting number one on the Billboard Dance chart. And she's stepping out as an artist in her own right, as latest single 'Tuesday' with SOPHIE proves.

Jodie's In Session is ready-made for the weekend and is a scorching, hour-long love letter to the club culture that has inspired her and that she continues to promote around the world.

Tell us about the concept for this mix?

It's my love letter to New York, Chicago and the early 90s American club culture. It’s packed with house music from those golden days and also more recent stuff that either samples or pays homage to the sound. I wasn’t there in those days, I’m not from that part of the world, but I look at it through the eyes of a queer person and a fan of the beats and I’m definitely influenced by it a lot in the music I make and the clubs I produce. The mix is a celebration of the black, hispanic, LGBTQ+ roots of house music. The house we know today comes from the foundations of cultures and people on the sidelines with a message of love and power – that rhythm has spread universally.

How did you go about finding and putting together the tracks?

Most of them are in my armoury of tracks to play in DJ sets, I went on a deep dive and found some gems though. There are some classics and some rarer house and runway and tribal cuts too, and some more contemporary tracks from Melé, Hannah Holland etc.

What are some of your favourite artefacts from that time? Items of clothing, films, venues etc?

I love everything about that period. I’ve scoured every YouTube clip. I’ve just re-watched the documentary Wigstock too, that was such an important LGBTQ+ moment where underground subcultures of drag and dance music started to creep out into the daylight, literally. Everyone knows Paris Is Burning of course, which came a few years before.

Dancefloor wise, I dream I could have been around during that post-disco, post-art boom era, the late 80s to early 90s places like Palladium, The Tunnel, Limelight, The Saint... Junior Vasquez DJ’ing at the Sound Factory. There was a lot of incredible culture being created in a time of adversity, when LGBTQ+ people were thought of as second class citizens, and the AIDS pandemic ripped through our society. The need for escapism and a mood of fear and anger can really open up the space for some amazing art and culture. 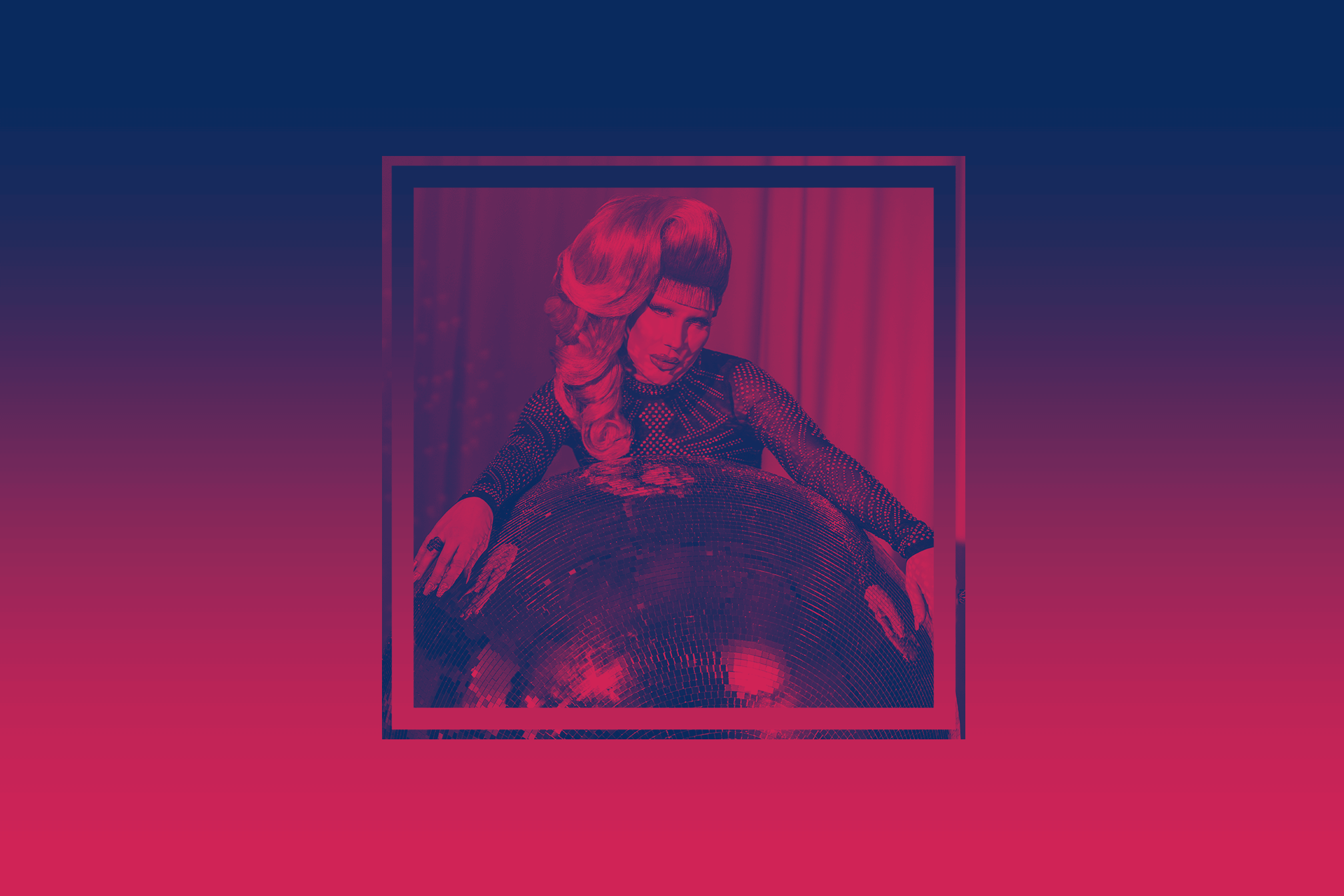 Where can you find that kind of club kid energy now?

In New York there are definitely promoters keeping that energy alive, Ladyfag with her massive Battle Hymn parties, Frankie Sharp’s more underground queer stuff. Anywhere Honey Dijon plays around the world is sure to bring that Chicago meets New York flavour. In the UK we have some interesting stuff going on with Homobloc in Manchester, and the Bitch Please parties in Bristol, and Little Gay Brother in London. The championing of diversity is important to me in a club space. There are pockets of the vogue ball subculture that links London and Paris if you keep your ear to the ground. Everything is pretty mixed these days which is wonderful - the dance floor is open to all.

How does that 90s vibe inform your work as a producer?

I’m inspired by it a lot - the sounds, the tech, the attitude. Along with disco, it’s my vibe!

You made 'Tuesday' with SOPHIE. What was that like?

I love her, we gel really well. We first met up to write and co-produce this track for Charli XCX called 'Secret' in LA for her 'Vroom Vroom' EP, and stayed friends. We reconnected for some writing sessions the year after that and wrote this little hook for 'Tuesday' in twenty minutes. Some time went by and I produced this disco house beat around it and put it out as my release. We’ve got some more demos laying around somewhere, my computer is a bit of a goldmine of stuff like that. We should do more! SOPHIE is one of the most dynamic, smartest producers out there.

Where are you looking forward to playing and partying once lockdown is over?

Honestly, anywhere… and hopefully everywhere! I I’ve loved the challenge of quarantine DJ sets and broadcasts but I’m really ready for some human contact and live, loud music. I think 2021 is going to be the start of ‘The Roaring Twenties 2.0’.

You work at the intersection of music, fashion and nightlife – what tips do you have for people who want to become a multi-hyphenate like you?