"Believe in yourselves": Monster is breaking down barriers for the Eastern European scene - Impact - Mixmag
Home Latest News Menu

Is Monster just the best DJ name or what?! Kind of dark, kind of fun, kind of the type of DJ who'll take you to the most electrifying corners of rave music until the sun has well and truly risen, then give you a Club-Mate and call you a taxi home. The smiling devil emoji personified.

What do you expect from an artist who throws up gun fingers and a cheeky pout in their press pics? Monster – real name undisclosed, and who cares anyway? – certainly fulfils her namesake. The Poznan DJ has earned her stripes on the Polish underground thanks to her ferocious blends of techno, electro, trance and whatever else makes people go berserk on dancefloors, appearing on the country's burgeoning club and festival circuit and holding down a residency at Projekt LAB.

She's an unrelenting champion of the Polish scene and the wider Eastern European dance music community, dropping new heat from rising producers as well as gems she's unearthed from record digging wormholes. Having learned to DJ at the oldest squat in Poland, she now pays it forward by organising DJ and production workshops via the pioneering Oramics collective and uses her platform to advocate for the Polish LGBTQ+ community, which is one of the most marginalised in Europe.

Monster embodies the spirit of rave culture and her Impact mix delivers the kind of energy you'd expect from someone who's devoted themselves to the underground for more than a decade. Put your seatbelt on because this one goes fast and euphoric... 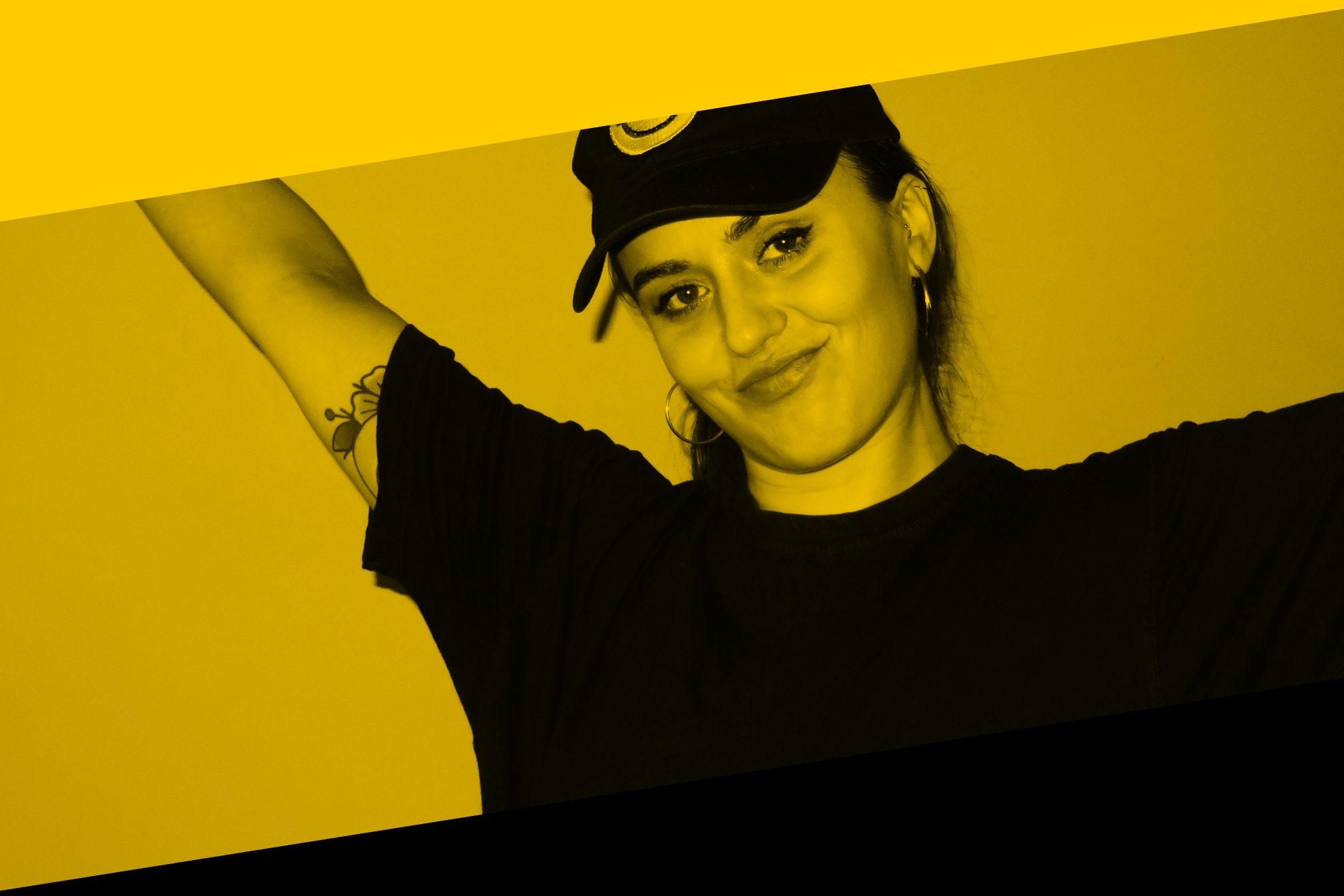 First off, tell us about your mix. It's ravey as fuck. Where did you get the tunes and how did you put the selection together?

The last two mixes I recorded were quite chill and I couldn’t wait to put together something more ravey, something that I would play in a full club. With all the clubs being closed until further notice there’s no time to wait to be honest. Most of the tracks I played here are from old ‘90s records I bought on Discogs, those precious gems all of us DJs love finding. I also included some new tracks I got from some producers I’ve been following and my friends: MRTN. from Poznań, Penera from Katowice, DJ Frankie and AJAE. I really wanted to create an intense buildup with the tracks getting faster and crazier towards the end to create a club energy that we’re all missing.

Polish DJs and producers are becoming more and more prominent on the international scene. What's the dance music and rave culture like in Poland right now?

The past few years have been huge for the Polish scene: more clubs opened up, more artists started playing here, we’ve seen a ton of new festivals and what followed was the development of artists. The Polish scene is very diverse, with different cities following slightly different trends and many DJ crews organising amazing events for their communities. However, right before the outbreak of COVID-19 the Polish scene seemed almost oversaturated with international bookings and the number of small festivals, it’s really become a huge business. Polish artists started getting more appreciated by the local audience, which has also grown immensely over the past few years. It’s hard to say how many clubs will survive the pandemic, but a lot of people are hoping that the focus will shift to local artists, because booking international DJs also drained the budgets of clubs. I’m also very hopeful because that would mean even more diversity and support for the local scene.

You're based in Poznan – what's the scene like there?

Poznan is a city with a very long and continuous tradition of electronic music. We’re only three hours away from Berlin so I guess that also one of the factors why so many people have been close to this culture for so long. You can also hear the proximity to Berlin in the dominant styles in Poznan, with techno at the forefront, whereas in different cities you will hear more electro or d'n'b influences. The thing that I love about the scene in Poznan is that it’s very united and everyone supports each other, the clubs cooperate on different levels and there are no beefs. So yeah, Poznan has a really good scene with amazing DJs who should get much more recognition.

Why should we visit Projekt LAB?

Because it has the best resident DJs in Poznan, haha. To be fair, you should visit Polish clubs in general to get to know the scene and appreciate its uniqueness and great skills of the local artists. But going back to Projekt LAB, I believe that it’s the club with the best sound and lights in Poznan, it’s the oldest underground electronic music club in the city and they have the most interesting, forward-thinking program, not only with techno, but also great d'n'b, dubstep and hip hop parties. I also respect Projekt LAB for engaging in organising workshops for the local community and implementing safer space rules as one of the first venues in Poland.

There are a bunch of electronic music festivals in Poland now. Which are your favourite Polish festival stages or rooms?

Personally I love the festivals organised by the most passionate people in the business: Unsound and Up To Date. Both of them have grown immensely but they’ve always been incredibly consistent with their vision and have always invested in the most forward-thinking artists and created extremely interesting and various programs. Both of those festivals are also quite small so you’re not overwhelmed by long walking distances from one stage to another. Unsound also organises an amazing day program with workshops and debates, whereas Up To Date does a great job at promoting their region, the very east of Poland and the city of Bialystok, plus they are the creators of the most legendary ambient event ever: Salon Ambientu. 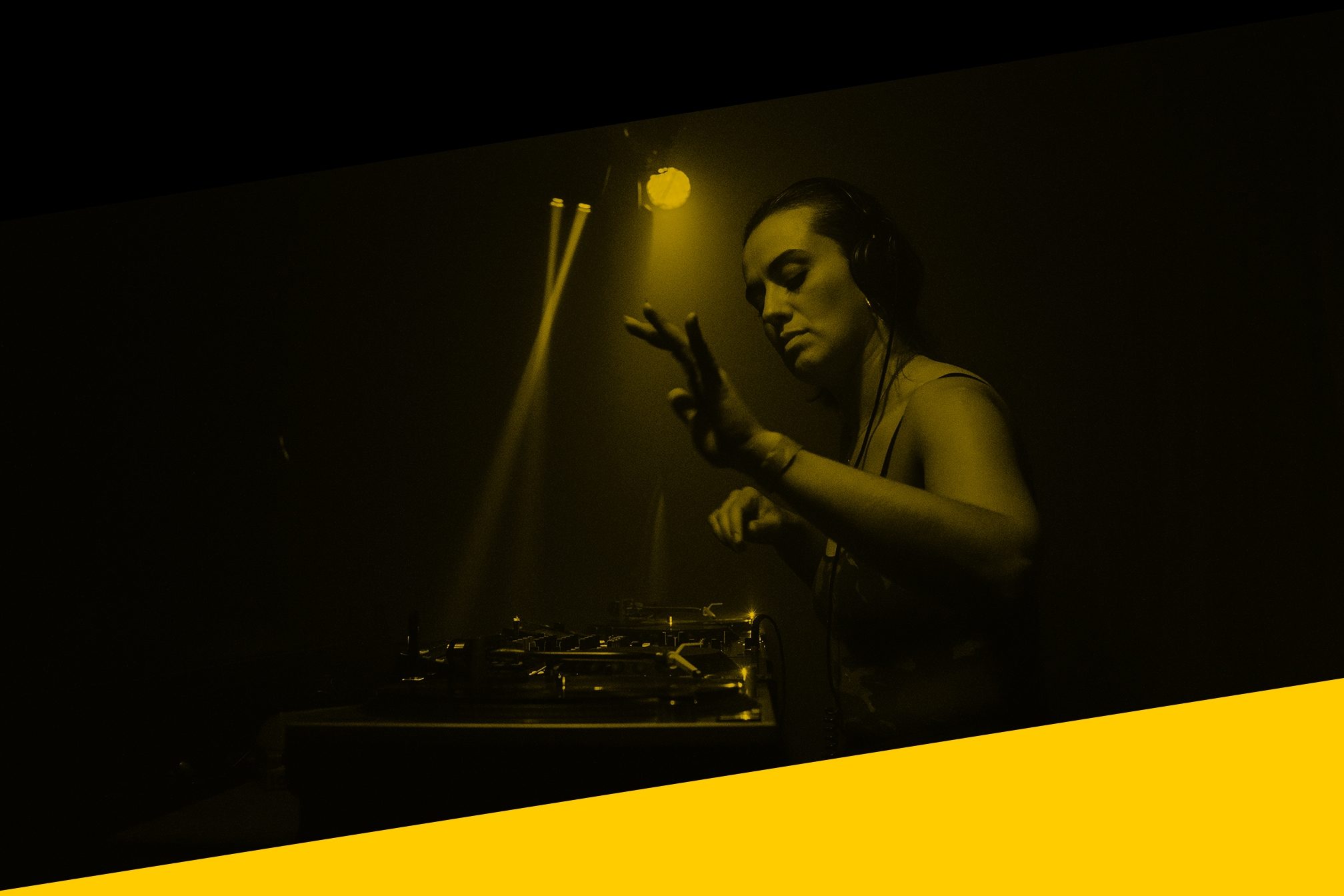 You're a member of Oramics. Tell us about the crew.

Oramics is a crew of DJs and producers aiming to empower women, non-binary and LGBTQ+ folks in the electronic music scene, with strong focus on Poland and Eastern Europe. Over the three years of our existence we’ve organised a lot of music production and DJing workshops, we’ve curated parties in different clubs and festivals in Poland, we’ve released over 100 podcasts and two VA compilations: 'Total Solidarity' and 'Sonic Resistance' together with Kashev Tapes, both are fundraising compilations, for LGBTQ+ organisations in Poland and for the resistance movement in Rojava respectively. I was very honoured to have been invited to join Oramics two years ago and I’m really proud of what we’ve accomplished. I remember the times when women in the electronic music scene were constantly ridiculed and having discussions about equality in the scene was a nightmare. Thanks to Oramics and many other people, the hard work of femme artists is much more visible and appreciated and the conversation about diversity, equality and education in the scene is the new normal.

Dance music and politics are closely intertwined. Tell us about how you use your platform as a DJ to do things like run workshops and create solidarity for the LGBTQ+ community in Poland?

As I mentioned, we used our connections to get as many artists as possible on the 'Total Solidarity' compilation and the response was overwhelming and really moving. I’m really glad that there are so many good souls around ready to contribute to a good cause and I don’t really see it as an individual but as a collective effort. It would be very hard for me to run the workshops if I didn’t have a crew behind me, we need each other to keep each other going, as it really isn’t about the money. With Poland being one of the most homophobic countries in the EU according to most recent reports, as a community we need to put even more effort in creating safer spaces in a country ruled by a government that hates everything we stand for.

Read this next: New Scenery is proof that experimental club music is a full blown movement

You learned to DJ at an anarchist squat. Tell us about that!

Around 2007/2008 when I started playing music I wasn’t really connected to the clubbing scene in Poznań but I was politically involved at Rozbrat, the oldest squat in Poland which is also an active social-political center and a concert venue. So not knowing anyone in the scene I decided to introduce them to the squat and started inviting local DJs to play there. No one ever got paid as this is a non-profit venue but no one really cared, back then there weren’t many clubs around so everyone was willing to play and some of those parties were absolutely legendary, with punks and club kids losing their shit to techno. My technical skills at the time were really pathetic but that was the vibe of the squat: no one gave a fuck if you could mix well, everyone just wanted to have fun.

As well as Polish artists, you're a big advocate of the Eastern European scene in general. Which scenes, crews and clubs should we be keeping an eye on?

Like I said before, Projekt LAB of course, Jasna 1 in Warsaw is a great venue, with an absolutely amazing resident DJ crew, they also have a great program and have invested a lot in the soundsystem and lights and the club looks fantastic. Pogłos is also a very cool underground club in Warsaw, with a lot of live shows but they also host an incredible queer party Ciężki Brokat. MESTICO is a fun crew from Warsaw who have been holding parties in different Polish cities and have been releasing a great mixcast series. In Poznan I have to mention my homies DrumObsession who are the best d'n'b crew in Poland, Technokracja the dark techno vodka soldiers and Verzerrung, a great club night for EBM fans. We Are Radar is an amazing electro club night run by Radar crew mostly in Kraków and Warsaw. I also love Regime brigade from Wrocław, some of the greatest talents in Poland are from that crew.

What's your advice for people from Eastern Europe who want to do what you do?

It’s not going to be anything revelatory but just believe in yourselves! In Poland we’re growing up with this constant feeling that we are overlooked and underappreciated, that no one cares about Eastern Europe, that we’ll never have the same resources as the Western scene. But we have so much talent and energy, we don’t need to prove anything to anyone. Also, as a Capricorn I gotta say: be patient, learn new skills and work hard, I’ve been doing this for 13 years and now I want to keep going more than ever.