The cryptic, jarring question is heard countless times aboard the Norwegian Epic, a massive cruise liner that is currently home to the annual Holy Ship experience. Quickly, you learn: there is no wrong answer to this prevalent pop-quiz. Cheers, high fives and hugs meet every response because veterans and newcomers are celebrated the same on board.

Following 13 successful sailings, the premier electronic dance music cruise (produced by HARD Events and Cloud 9 Adventures) continues to spawn a subculture all its own. While acts like Claude VonStroke, Tchami and GRiZ have amassed their own loyal bands of followers, what makes the festival at sea special is how surprisingly low the show's line-up ranks in things that a seasoned "shipper" might look forward to. (That's not to say that the line-up isn't absolutely stacked, each and every time.) The winding water slides, seven fully produced stages, thermal spa and world-class restaurants also manage to fall short of the sheer electricity that exists between friends and lovers whose stories start on the open sea. It’s the self-proclaimed Shipfam who make the luxurious cabins sell like cronuts, and who keep this floating festival “the best party on the planet”. 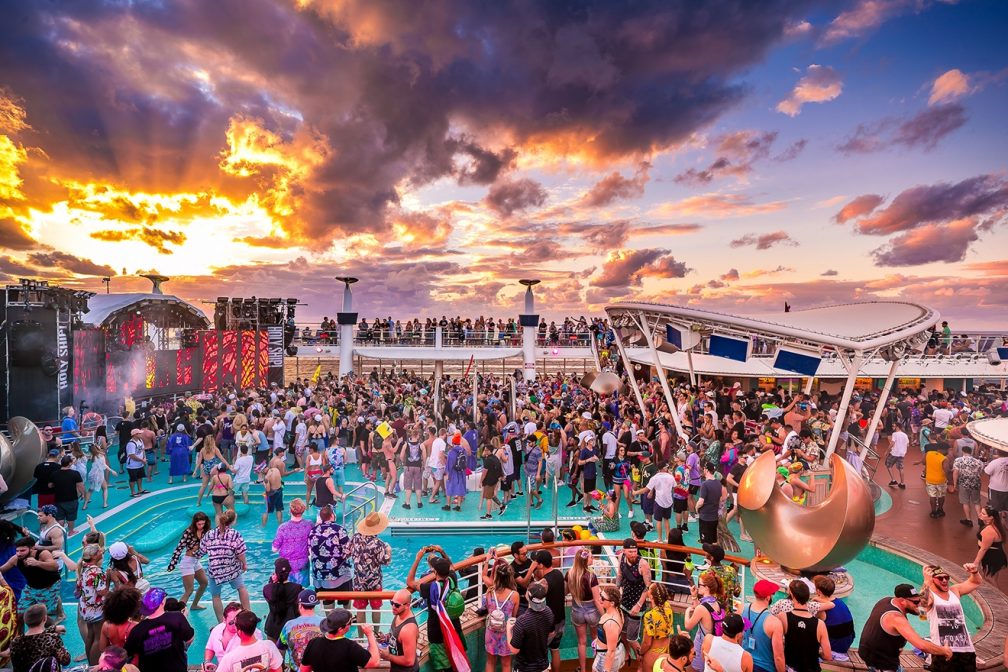 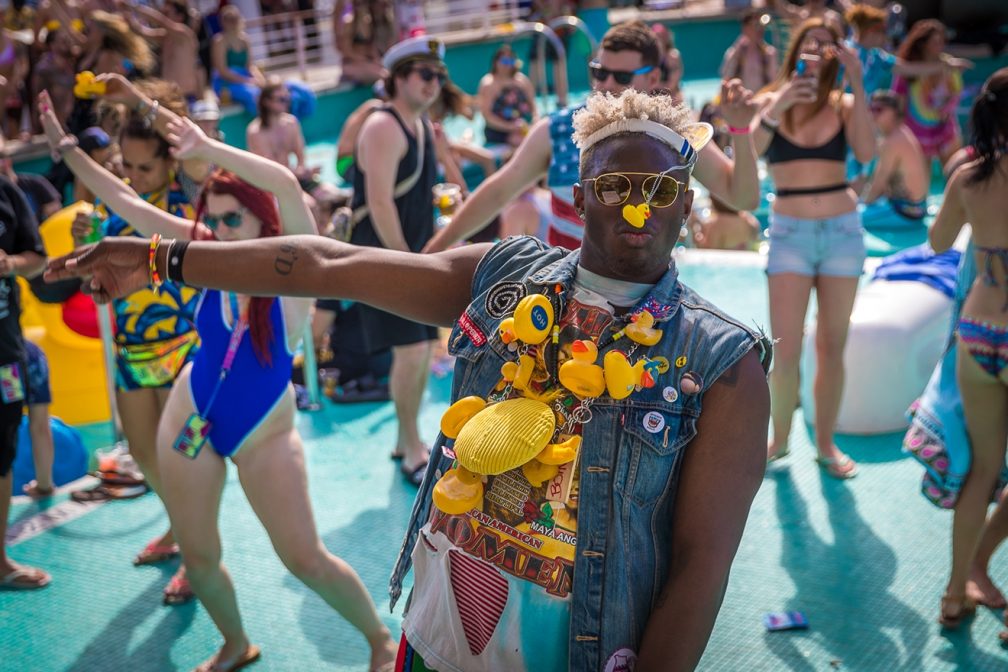 But an exceptional party is nothing without exceptional people. “I’ve been on an intense personal journey of self-growth over the last few years, and a huge part of that is because of Holy Ship,” Subset shares on his 14th deck balcony, set high above the shimmering Atlantic Ocean. “I’ve done everything in my power to convey those life lessons and give them back to other people - things like being more mindful, self-sufficient and empathetic.”

Despite having played more than 20 sets this weekend, Mark Martinez looks fresh in his collared top and reflective sunglasses. He’s spun everything from techno to trap, on the mainstage, in the Manhattan Room and everywhere in between. Champagne showers and sweat necessitate more costume changes for him than Beyonce at Coachella, but the smile on his face prevails as a constant accessory. 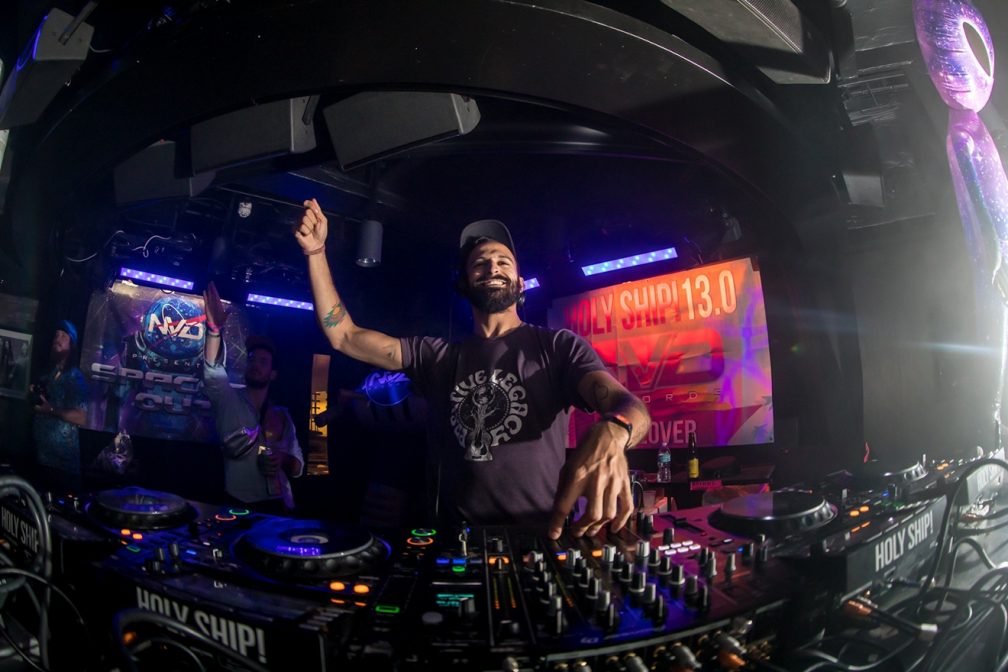 Not long ago, Martinez was just an attendee who threw renegade parties in his cabin. Now, he’s a Holy Ship fixture and a big reason the 13.0 installment exudes the friendliest vibes we’ve experienced yet. “Subset and the Instigators” are a group of paying patrons turned employed party-starters who provoke fun in every nook and cranny of the 4,200+ capacity vessel. His merry crew, which includes a fast-talking MC, an improv comic and a rotating cast of characters like Rawb, a giant spoon-toting future cowboy and Referee Jerry, a moderator who’s quick to issue party fouls to those misbehavin’, all have humble beginners as shippers themselves. They are the ringleaders of every “Champong” tournament, the gatekeepers of the “Shipfam’s Got Talent” show (during which a guy named Gary from New Jersey crushed a Rubik’s Cube in less than 60 seconds, no shit) and the outrageously silly camp counselors who bestow “you had to be there” moments to the “virgins” and “original gangsters” alike. 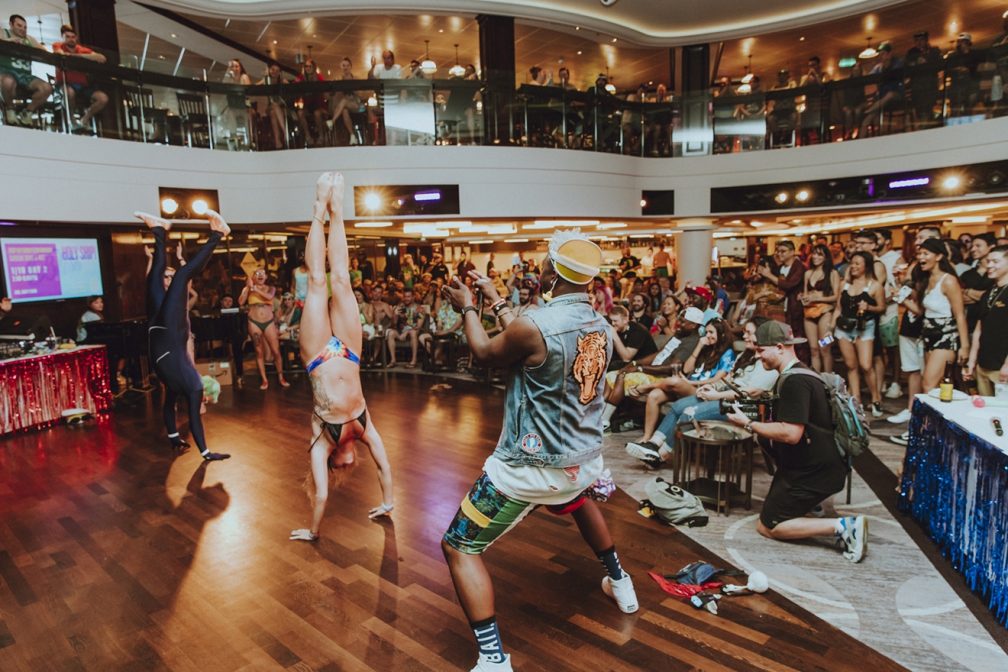 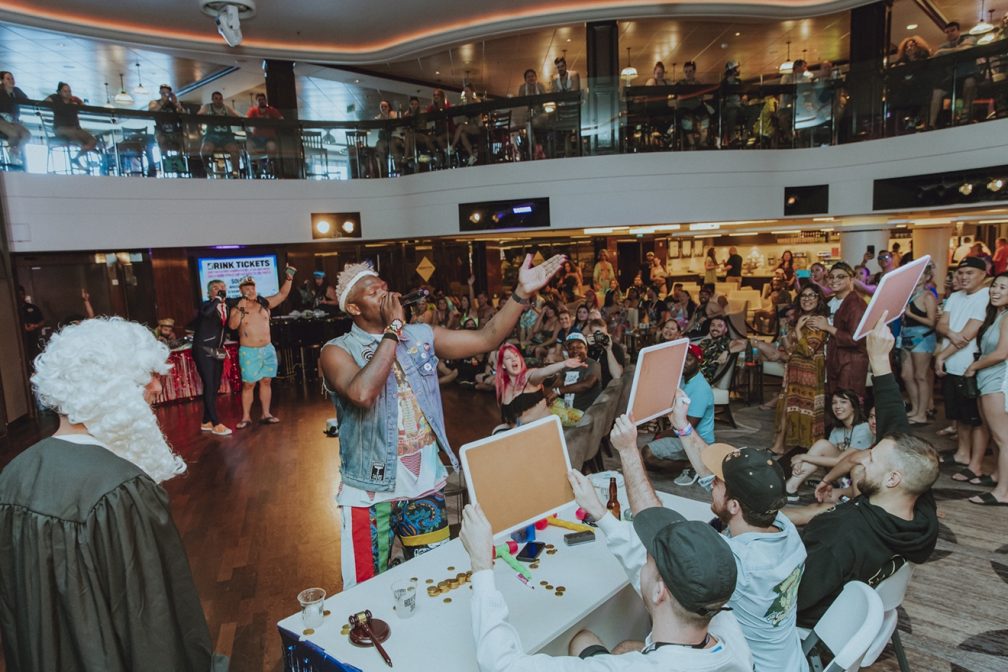 “I’ve been an instigator since birth,” Rawb Lane says while donning strangers’ necks with shiny gator pendants. “Now it’s my job to show people just how much fun they can have.” Landlocked folks might be skeptical of his oversized, googly-eye glasses, but here, his word is law. Subset blasts a housed-up remix of Quad City DJ’s ‘Space Jam’ on the sexy pool deck as our green-haired friend gallops out of sight. 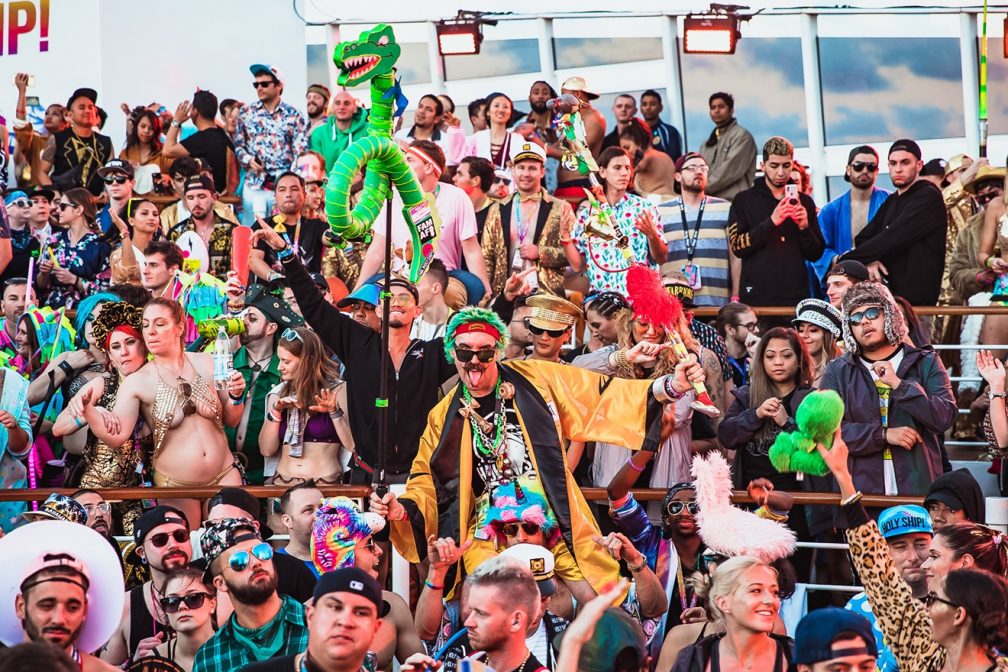 Lane so eloquently refers to Holy Ship as the “inner fraternal party council of America,” and he’s right. The squad feels persist in every major US city, and onboard they envelope the “Shipfam Label Takeovers” that inhabit the intimate Headliners Comedy Club stage each night. Kory Sasnett is the founder of NV’D Records, and his label has quickly garnered buzz thanks to private hangs he hosts at his Charlotte, NC residence and upscale spin-off fests like Shipfam Island, an all-inclusive gathering of 300 sea-faring friends that shook Croatia last May.

“Shipfam is my true family. Holy Ship created a network of hundreds of people I have called close friends for over seven years now, all of whom go above and beyond to support any events I throw personally,” Sasnett shares. He wears an orange, NASA-inspired custom jumpsuit created especially for the occasion. Later he’ll sport the fluffy, blue graduation robe he was awarded on his fourth sailing. “I can’t believe that Headliners is the busiest it has been all ship! Even crazier are the artists who came through tonight - Claude VonStroke, Will Clarke, Steve Darko, Walker & Royce and Thee Mike B all appeared on stage just to show NV’D some love!” 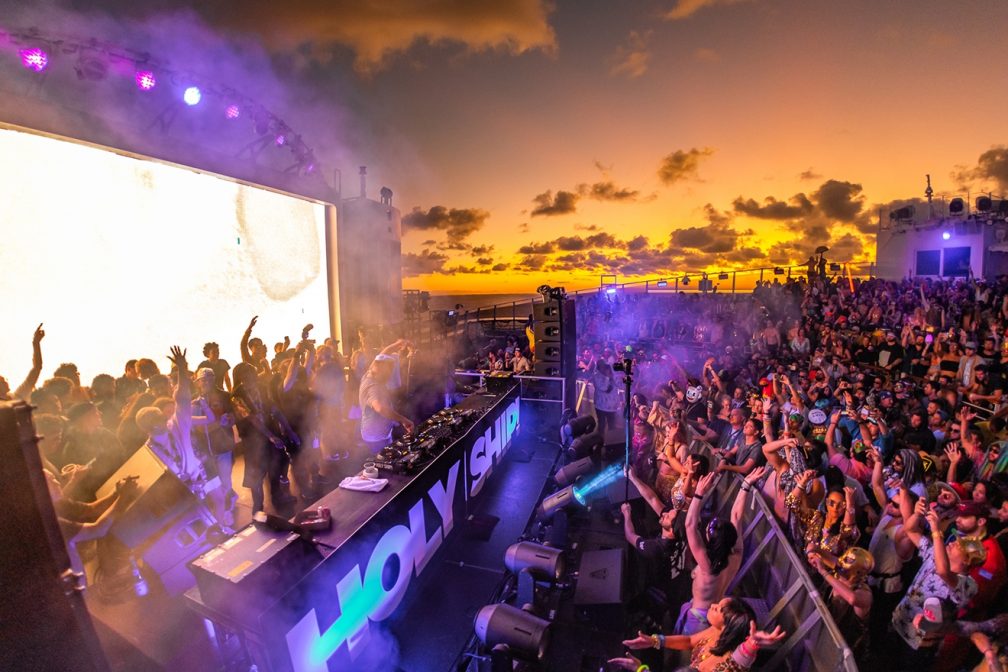 Sasnett’s not the only one feeling the love. After three days of dancing, laughing and instigating, we’re more than just partiers in a shared space. Sometimes you want to float where everybody knows your name. “People who sail with us know that Ship is more than just a gathering of great artists,” Subset reinforces. “Everyone here is incredible in their own way.”