Helena's DJ sets are packed with rough, tough tracks that stomp and crackle and don't rely on any frills – apart from the whiplash of acid and the hot euphoria of Italo. If you need one, she's a timely antidote to the shenanigans going on elsewhere in dance music. Although she's got her insecurities, she doesn't really let them show. 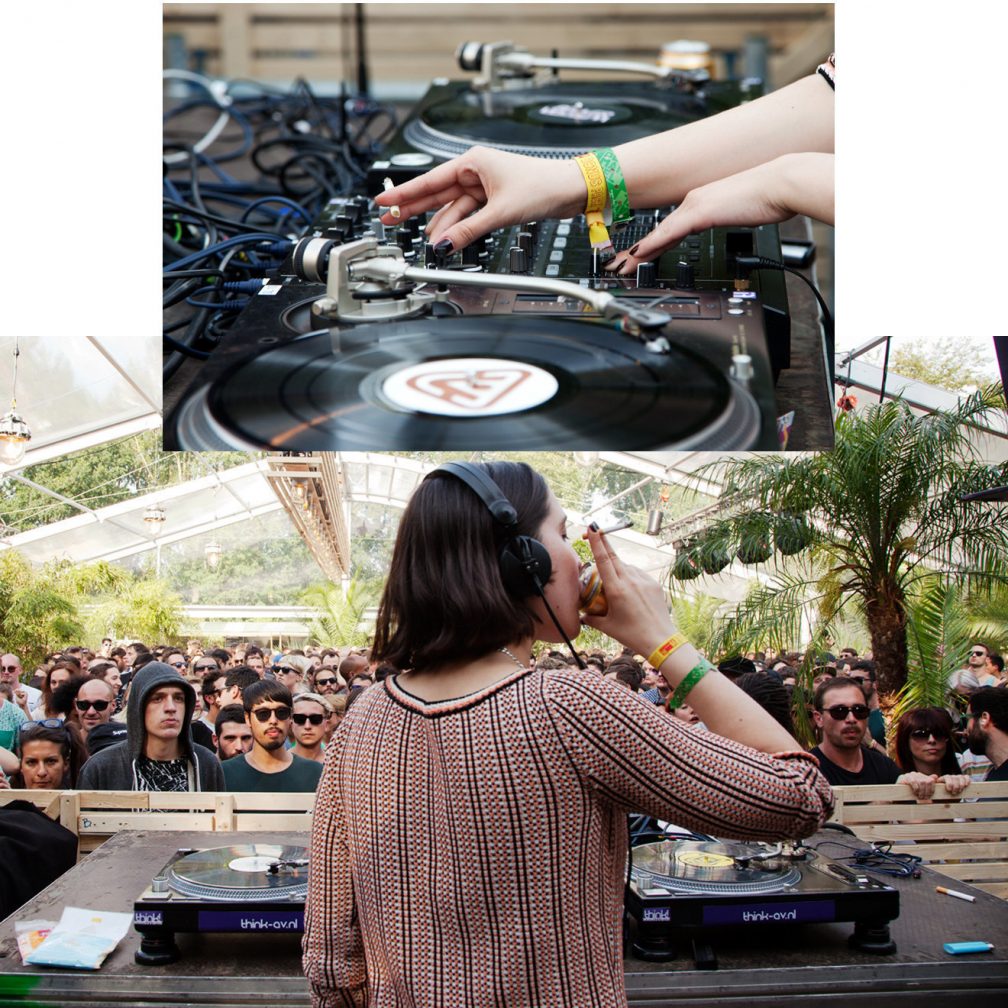 At Dekmantel, on a sun-dappled terrace in the forest, she's totally focused on selecting an invigorating sequence of records, pausing briefly to take swigs of beer and roll cigarettes. In fact, her lack of eye contact with the crowd and total disinterest in showing off only adds to her aura: "She's such a badass," we hear a girl next to us on the dancefloor say to her friend. We're all here to experience one of her workouts, which have gained a reputation thanks to on-point performances at spaces and events including Fabric, Unsound, Robert Johnson, CTM, Corsica Studios, Kazantip and Berlin's ://aboutblank.

Then there are her productions, which range from sprawling experimental headfucks to dark, pounding techno and beastly electro, for cult labels PAN, Lux and Handmade Birds. She's burrowed her way through the depth of the underground, rising to the top in order to play Sónar and release on Actress's Werkdiscs (now a sub-label of Ninja Tune), managing to comfortably operate in both super-niche and crossover circles in a way that some self-righteous 'outsider' DJs would kill for. Ultimately, she's that rare thing: an uncompromising artist who does her own thing, while thrilling what's steadily becoming a wide audience.