Hauff's Sunday set at Dekmantel marks something of a career high. Today she's in the middle of some of the most impressive bookings of her DJing history (she played Swedish quarry rave Into The Valley on the Friday, and completed a back-to-back with I-F at German lakeside party Nachtdigital on Saturday, for instance), and at the end of the summer she'll release her debut album on Werkdiscs. In Holland she's billed after Actress, the label boss conjuring an electrical storm beneath blue skies before Helena steps up and revs through stark drum tracks, 303 roller-coaster rides and enough techno oomph to rouse the crowd from their sun-daze. 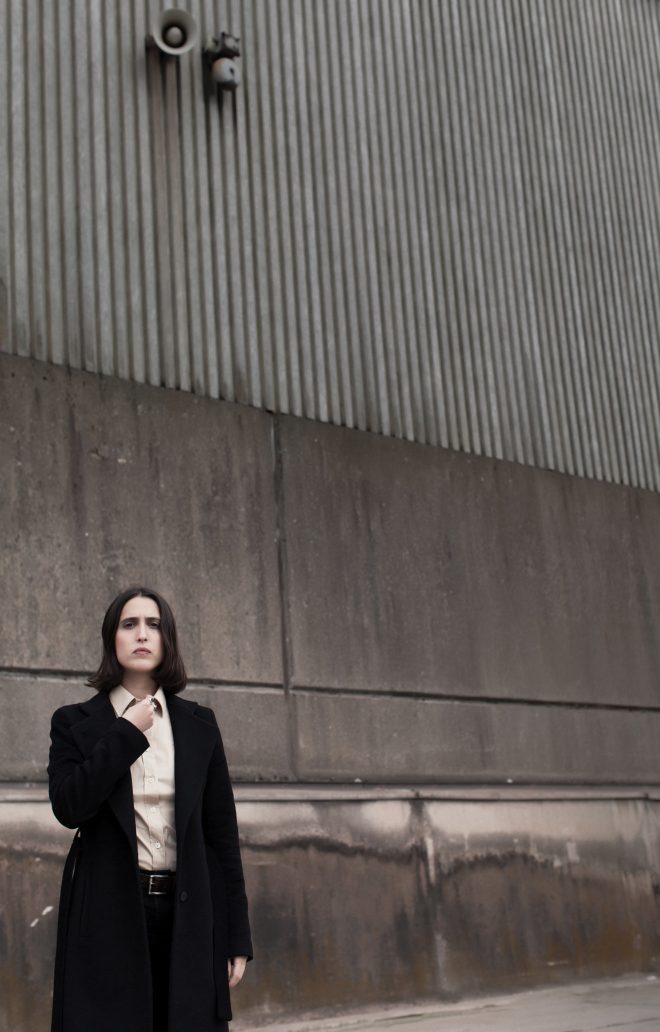 She's shared bills with the Londoner since 2011 and released on his label since 2013. Her LP, 'Discreet Desires', came about after she sent him three tracks and a photograph they were inspired by. He replied, and the project evolved into 10 tunes and a different photo, which Helena found later and thought suited the music better. The black-and- white image is the LP's cover art, depicting her kissing a mirror and giving the illusion of two people embracing one another. "I liked the idea of having me on my first album. I think it's just such a weird idea that all the pop and mainstream artists use photos of themselves. I don't really get it, but I like to play with the idea of that. I don't think you can really tell it's me on the photo – It's me kissing me. It made sense with the concept of the album and the mood of it and the titles I've chosen for some of the tracks," she says. It's a cheeky pot-shot at celebrity narcissism, but it's also hard not to see the image as erotically charged: a stolen kiss with a forbidden lover, perhaps, or an exploration of sexuality. "I like the idea of a discreet desire, having something that you desire but that you can't really talk about," she says.

This is the idea behind the record, but Hauff doesn't give too much away and is keen to retain a sense of ambiguity, wanting the listener to come up with their own meanings and conclusions: their own discreet desires, be they sexual, political or otherwise. But she does go into detail about the track 'Funereal Morality', which is based on the Notre-Dame Affair in which, on Easter Sunday 1950, members of France's Lettrist movement hijacked a mass that was being broadcast live from Notre-Dame cathedral. "They were dressed as monks and one of them climbed up and gave a speech and talked about why the Catholic church is fucking crap. I used the English words 'funereal morality' [on the album] – the morality of the afterlife," she says. "You don't live now, you live for the after. You basically work for something that's never gonna happen, you give something and you're never going to get anything back, unless you're religious. But I don't believe in that. The idea of the church working like that, and using people: I don't like it. It goes hand-in-hand with the discreet desire thing, that you can't do certain things because someone tells you you're not allowed to. For example, you have to study and become a lawyer or an accountant. You work and then you're dead. A discreet desire might be that you just don't give a fucking shit about that."