Skepta may have boasted he lobbed his Gucci gear in the bin but, really, he’s flying solo. Right now, Gucci is the new Givenchy. By which we mean, any self-respecting rap fashion-connoisseur into their high-end labels is all over it. 2 Chainz regularly walks the red carpet in the brand’s £4,000 denim jacket. A$AP Rocky (pictured) lounges about in full Gucci ensembles (a women’s floral silk robe, to be exact). Future not only raps about the Italian fashion house (“I just fucked your bitch in some Gucci flip-flops”) but is also very into their blue silk bomber.

So, yeah, Gucci’s very much A Thing now. But it wasn’t always like this. When most people think of Gucci, they think of the (former designer) Tom Ford era: slinky dresses, G-string filled ads. It was all about an unobtainable jet-setter lifestyle. But in January 2015 they hired a new creative director. Alessandro Michele went from a back-of-the-house veteran (having worked under Ford and Frida Giannini) to ruler of one of the world’s largest fashion houses. Under his guidance they’ve swapped nautical, sexy vibes for vintage styling, mink coats, florals and a focus on the iconic double-G logo. He’s embraced all things weird, out-there and kitschy. Imagine deep-diving into a particularly glamorous Wes Anderson film and you’re half-way there. 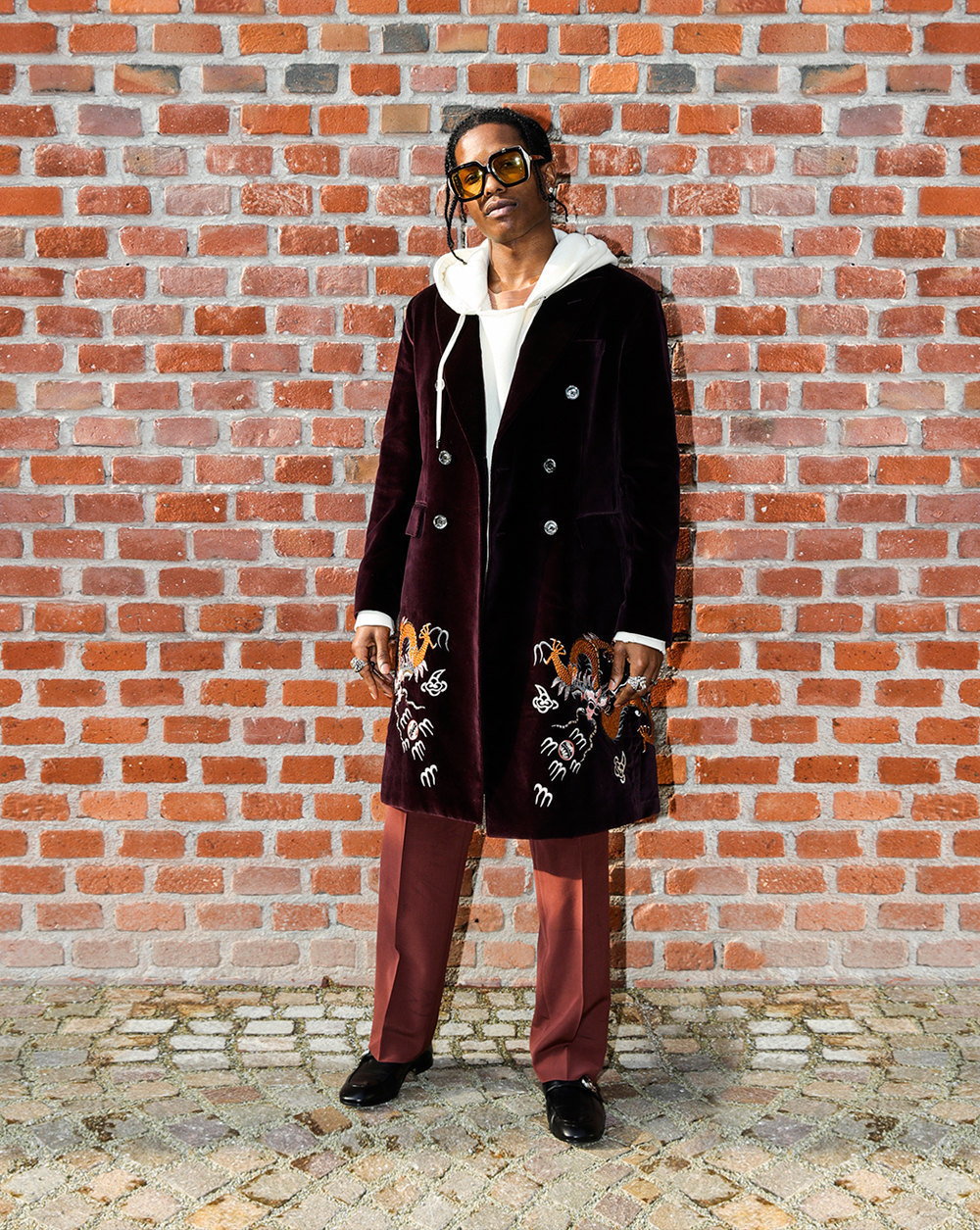 He’s also the reason you can’t scroll through the ’Gram without repeatedly seeing that god damn logo T-shirt. You know the one: crisp white, ’Gucci’ embossed in gold, the infamous red and green stripes. Or those loafers. The furry ones. The ones you love to hate because you once saw A$AP rocking them and actually they look kinda cool even though they’d bankrupt you for several hundred months. Michele is jumping on Supreme’s hype wagon: create the must-have item, keep stock low (or prices high) and the fans will flock.

Because here’s the rub: Gucci isn’t cheap. A tee will set you back £350, a pair of snake embroidered jeans £750 plus. Which makes it all the more surprising the likes of Leo Mandella (aka @Gullyguyleo) are into the brand. He’s the 15-year-old Instagram wunderkind decked out in the latest Supreme x CDG before you’ve even had a chance to put in your bank details. Mixing high with low fashion is nothing new, but this is different. This is viewing Gucci as streetwear. 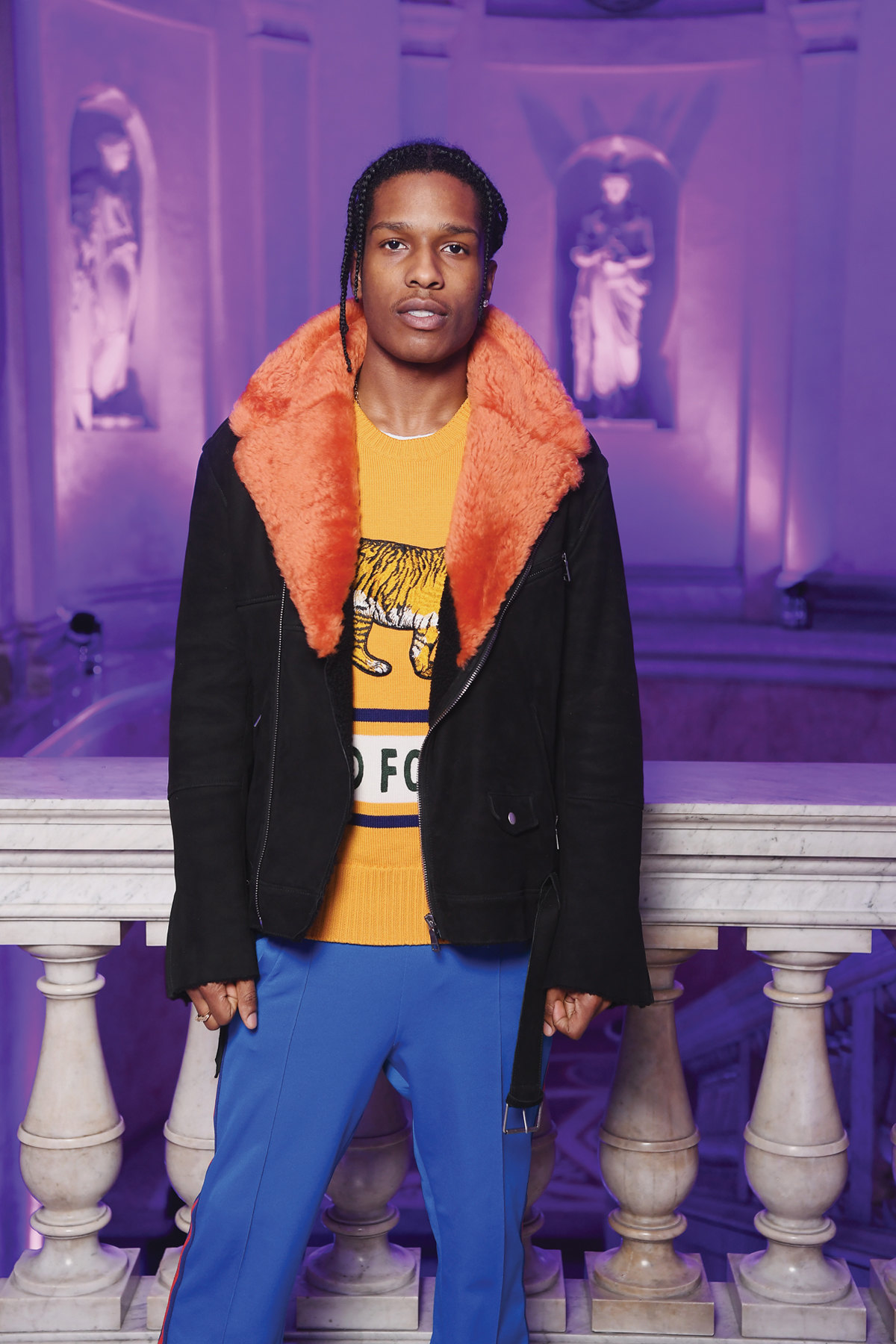 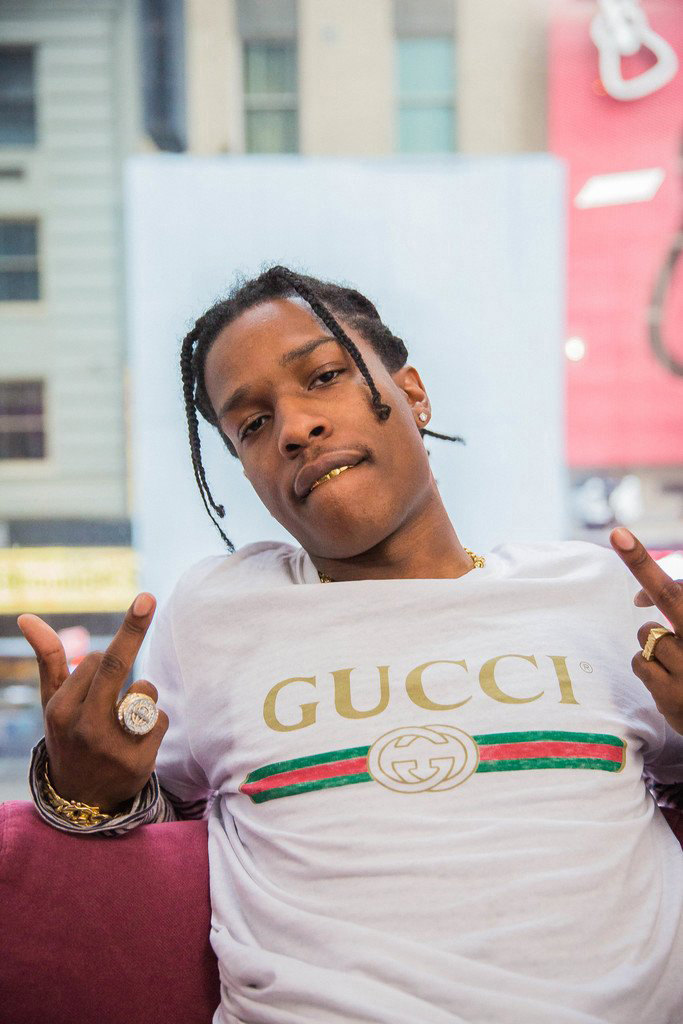 Streetwear might be the relatively affordable provenance of trainers, hoodies and T-shirts, but it’s an industry now worth roughly £60 billion a year around the globe. It’s hardly unsurprising, then, that a once-floundering brand would want in. From oversized jumpers to logo tees, the fashion house has borrowed liberally from a world rooted in youth culture. Or as Angelo Baque, Supreme’s ex-brand director, put it more bluntly: “It used to be straight copy or inspiration; now it’s the other way around. Gucci is streetwear. It’s selling hoodies and denim.”

Would it have worked five years ago? Probably not. But when you’ve got Supreme sliding into Louis Vuitton’s classy, classy world and Vetements selling a Thrasher-influenced hoodie for £500, the line between streetwear and high fashion is becoming altogether more blurry. And Gucci are being smart about it. ‘It’ girl Petra Collins shot their campaigns, transgender model Hari Nef walked in their shows and they enlisted the likes of @youvegotnomale (44.5K Instagram followers) to create memes for their latest watch collection. What’s the likelihood your average 20-something knows what a ‘starter pack’ is and has the cash to drop £3,000 on a bag? Yeah, exactly. But it’s all part of Michele’s rebranding: goodbye sexy, hello youthful, meme-making millennials.

Gucci is coming for you, people. Whether you like (and can afford) it or not

Louise Donovan is a freelance journalist who's written for Vice, i-D and Shortlist magazine. You won't find her queueing for any of this shit