Salva is about to release 'Peacemaker', a 13-track mixtape that pairs his production with the lyrics of Young Thug, A$AP Ferg, Schoolboy Q, Freddie Gibbs, Problem and more. Though previous releases have seen him pump out frenetic club music, the LA-based beatmaker has dedicated this project entirely to the art of rap. The songs are stripped-back 'n' ice cold, thunderous cuts through which the finest contemporary vocal talent cuts through like lightning.

'Peacemaker' is Salva's second full length effort, following his debut LP 'Complex Housing' in 2011 and standout EPs 'Yellobone' and 'Odd Furniture', released in 2011 and 2013 respectively. He's very much a breakout talent of the last few years and one of a fleet of innovative American artists to rise in the wake of the EDM explosion (as well as actively agitate against it). Put simply, Salva is one of the names making US dance music highly exciting.

Though he got a break when his remix of Kanye West's 'Mercy' (alongside RL Grime) sent the internet and dancefloors into meltdown two years ago, Salva has been preparing himself for the release of 'Peacemaker' since his late teens, when he first got an MPC and was obsessed with Dr Dre and Roni Size. Two places that he's called home have also influenced him in particular: Miami, where he was schooled in the art of the 808 by the city's underground producers, who'd invite him to jam at studios fully equipped with a plethora of drum machines and synths, and San Francisco, where he established his Frite Nite label and party. Now in Los Angeles, he's one of the key names on the Friends Of Friends imprint (currently celebrating its fifth birthday) and finds himself on the verge of releasing one of the most frenetic rap albums of the year.

Exclusive stream of 'I Could Be' feat Rome Fortune B. Bravo & Rojai below 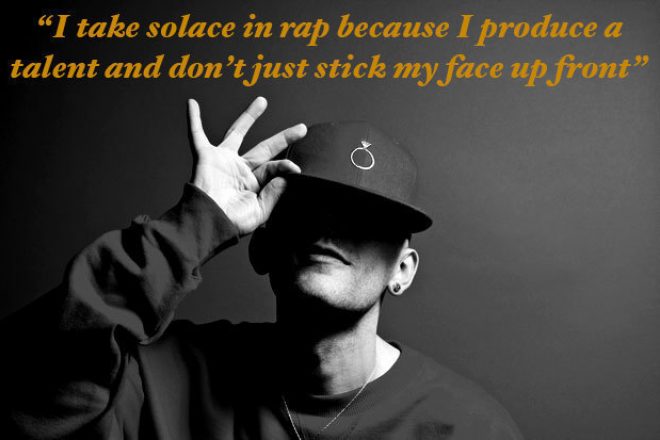 Why make a straight rap album?

Despite everything I've done, the most popular thing is still the 'Mercy' remix with RL Grime. You get popular for your hit and that was probably the closest thing I've had to a hit. RL Grime really took that track and became a big champion in that scene. But I knew straight away the next EP that I did would be broken, weird music.

Now, I want to make a new sound in rap and show my style but it's not crossover – it's rap. Even the track I

did with Young Thug, Freddie Gibbs and A$AP Ferg that came out a couple of months ago, that's the stuff that I want to make it on to the rap chart.

Also I don't necessarily think every DJ needs to be the frontman. Right now with electronic music, especially in the States, it's become pop culture from the top down. Every TV commercial, every show, everything is the same festival music and that's why I can take solace in making rap because I get to produce a talent and not just stick my face upfront. So with this project, every song is not only featuring rappers, but I've worked in the studio with every single one of them, produced them, influenced and even co-wrote some of the lyrics. But I'm not the frontman and that's what I love about producing. That's my career, that's my longevity – like, now I do a lot of major label pop and I can produce records until I'm 100 years old. I don't have to be out there with my face on a mega screen.

It was perhaps a smart move for you to not carry on with the trap sound. Two years on and the whole trap thing is kind of blown out.

Yeah that happened with dubstep too. It took a pop direction and unfortunately the people who created it ran away from it.

But at the same time, if a track comes out with the trap stuff on and it's a fucking banger and it's forward thinking, I'm going to play it and support it. It's not about the elitism for me, I still like some of that stuff and I still work with RL Grime. I just want to push it forward because when you look on Beatport, the wave form of every [trap] track looks the same. That's not music.

The songs on 'Peacemaker' sound mature. What was your intention with the production on the project?

I want the production to be sharp and defined. There's been a big ironic movement in art and music over the past few years, an artist makes a sound and a lot of people try to jump on that bandwagon. 'Peacemaker' isn't ironic. This is not me saying "I've just made it, who cares?" I'm trying and I'm putting myself up there. I have a fucking vision. I want to actually execute it. I didn't fall into this, I've been doing this for a really long time, have been involved in rap music for a really long time – I really want to hone it and make it sharp.

How did you go about reining all the vocalists in?

It took a bit of time. Putting this record together, when I say it's like grass roots, it really is. Nobody was paid for anything, there was no big management agency coming in and pulling favours. This was strictly continuing to send tracks to managers and continuing to just work hard to get in the studio with people and then nurturing those relationships from there.

For instance, with 'Old English', [producer] Nick Hook came in and engineered a bit. He happened to be in Atlanta a year ago and Young Thug was there, they were working on a different project and Hook was like, "Yo, check out this beat." It's like playing a chess game. Before this record I didn't have any official songs with anyone of any magnitude, nobody in the American scene who had really cracked through yet.

Did all these personalities mind being on a record together?

Some of these guys are uber professional, on time and just go in. This guy Problem who I've been working with a lot, we cut five records at a time, he's a fucking beast. Other guys take a long time to write and some of them are literally wild as fuck, their aesthetic online is not a joke, they are wild dudes.

There is a racial divide here in the States, maybe a bit more so than in the UK and I'm a white boy and I'm not speaking from the hood, I'm not pretending to be gangster. I'm a music head and I'm a rap head. The only common ground between all these guys and me is that they like my music so you just have to be real. If they really fuck with the song they'll respect me for it and even though they might have thought "this dude seems like a fucking square", they'll actually think "this guy is hard." 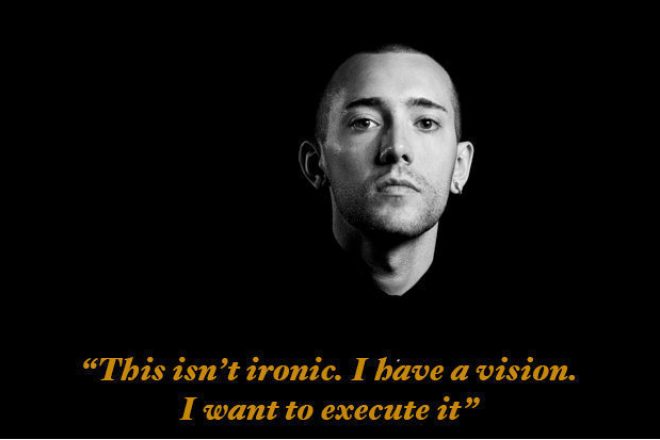 So you were in the studio with all of the vocalists?

I was in the studio with everybody, a lot of them were in my studio. It has helped me. I've been doing more major label pop and r'n'b work and I started meeting A&Rs that way, started being able to hang out. Being in LA is another crucial element because everybody is here and even if they're not from here they're coming here to record or to take meetings. I'd be in the studio with Schoolboy Q and Nicki Minaj would be next door, the

bodyguards wouldn't let us go meet her but it helps to be in these big recording studios when these sessions are happening and I think this is testament to how the game works.

It must have been a lot of fun.

This whole process, even though it's been a long time in the works, it's been great. My confidence level has risen. To be in these big studio environments having sessions with ten people in the room. A lot of these beats, believe it or not, I had to make on the spot because a lot of these guys are so particular about what they want – even just day to day, what style they are on.

It's definitely been a challenge but it's been great. I'm really excited for people to hear it and move along from there. Stuff that won't be making the record will be making other people's albums 'cause I've cut a lot of tracks, even some of the better tracks artists have taken for their records so it's been fantastic.

'Peacemaker' is out on October 29. 'I Could Be' is taken from 'Five Years Of Friends Of Friends', out November 4