It's not common in dance music that an act's first release is an album but this pair - real name Alfie Granger-Howell and Nick Harriman - had different ideas. Their debut 'Stick By This' arrived in 2011 on Anjunadeep with tracks like 'Lost In You', 'Stick By This' and 'Lost Highway' – perfect examples of the deep, soulful, swooning house they championed in the early stages of their career.

But it was the irresistible, garage-flecked 'Flo Jam' in 2012 that really singled them out and saw them raise the bar even higher. Support came from the likes of Maya Jane Coles, Loefah and Pete Tong before last year's 'Nobody Else' on Aus Music stormed dancefloors throughout the UK and way beyond. Since then, they haven't looked back, shooting to the top of the Beatport charts with 'Careless' (knocking off big-room conquerer Hardwell), embarking on a headline North American tour and taking over all three rooms of clubbing mecca Fabric.

With their new 'Love Taking Over' EP set for release on Monday, via their new label 17 Steps, we chat to the boys about the new EP, playing at Electric Daisy Carnival in Las Vegas, how taking over Fabric felt and see where they're at with the much anticipated second album...

Exclusive stream of 'Expectations' below 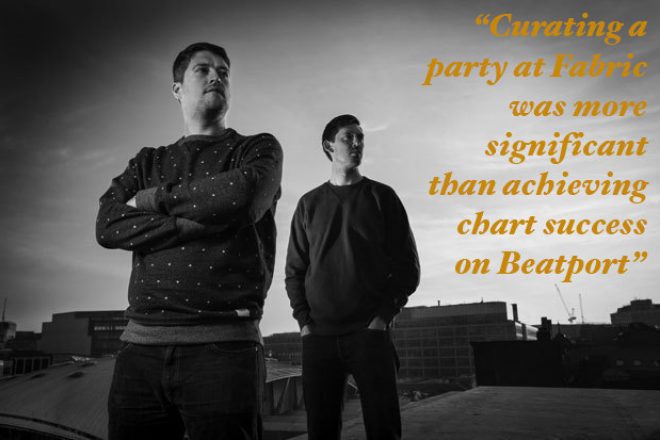 Your new 'Love Taking Over' EP is out via your new label 17 Steps on Monday. Tell us the thought process behind that?

A: It's pretty much continuing in a similar vein to what we've been doing. We took a little more influence from drum 'n' bass this time; all the old d'n'b tracks we grew up listening to. Not so much the beats but the pads, atmospheres and sample-based stuff. Some of the tracks have been knocking around for a while. For example, 'Expectations' we wrote just over a year ago. We've been playing that a lot and it seems to go down well.

Will you be heavily involved with the label?

A: Absolutely. It's obviously going to be a platform for us to release EPs on but for other people too. It's a blank slate for us so the brief's a bit open and we can take it in different directions if we want to. We never know how the scene and people's tastes are going to change but we'd like to release music from established artists and stuff from relatively unknown or new artists.

N: In terms of the involvement, we're just going to be A&Rs for it and be involved with the visual aesthetic of it. We don't really have time for the admin side of it so we'll be coming from the creative angle.

You toured the United States back in March. How did that differ to shows in the United Kingdom and Europe?

A: Some of them are quite similar. Some of the places are really clued up and really into the music and it's really similar to the shows we play here in Europe. But then other places are quite different where people aren't so used to the music. They're into it but they're not familiar with it so it creates a bit of a different vibe.

You recently played at Electric Daisy Carnival in Las Vegas which is obviously a huge festival and completely different to anything in the UK. Did you have to change what you'd normally play to cater for the crowd there?

A: Not at all. The stage we played on was a really good line-up. It was us, George FitzGerald, Jimmy Edgar, Skream, John Digweed, Maya Jane Coles and Jamie Jones. Everyone just played similar to how I've seen them play before. Obviously it was a much smaller stage than all the others but it was still decent sized. People seemed to be into it. They weren't going for it as much as it would be at similar festivals in Europe but they definitely seemed to be into it.

Do you think the scene is getting a bit cooler?

N: It definitely seems to be growing but we haven't been going there for that long. We've only been going for just over a year since we did our first tour in Miami last year. It seems to be building from the experience we've had but it's hard to say over a longer timescale whether it's building or not. The parties seem to be getting better and better for us but only time will tell whether it develops into something a bit bigger.

'Careless' went to the top of the Beatport chart last year, beating Hardwell and similar artists who usually top it. Do you see that as an important landmark in your career?

A: It's a funny one because we always have difficultly predicting which ones people are going to like and which ones they won't. That was one of the ones that we had gone off of a bit. Until we had it signed we weren't sure about it. We definitely weren't sure whether it should be the A-side of that EP. It was only Will Saul [Aus Music boss] who was convinced it should be the lead track. It was never something we predicted so it's weird to think why it did that. We went off it because we thought it was a bit too simple in a way. 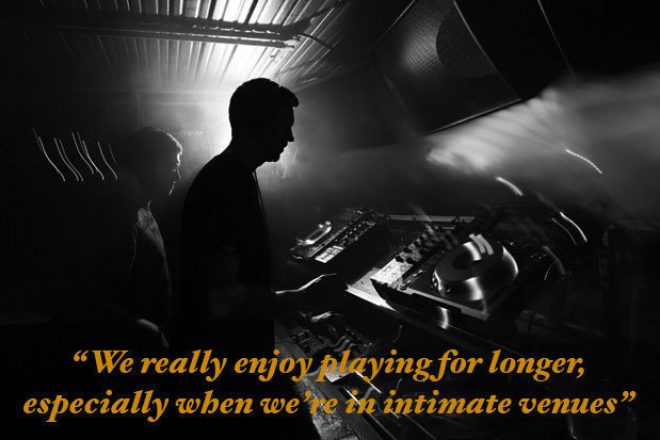 Have you got plans for a follow-up album to 'Stick By This'?

A: Yeah but we're most concerned about the quality of it so we're not setting too strict of a deadline with it. It's just going to happen as it happens. We're just gradually working on tracks in the studio. Some things we're setting aside for the album, some things for EPs. It's definitely on the cards but it's not going to be for a little while yet.

How will your approach differ to the first?

A: The first one was the very first thing we did as Dusky so there was absolutely no preconceptions but there are now. There are a lot of expectations so we've definitely got to take that into consideration. There'll be some club-based tracks on there but some that are more designed for an overall listening experience in terms of having one foot in dance music but one in the electronica type of things. Once we've got about halfway there we'll think about how it slots together and how to create a narrative.

N: It's definitely going to be something with a narrative rather than a selection of EPs. It's pretty much all going to be new material.

A lot of producers aren't too keen to collaborate with other producers. What are your thoughts on this?

N: It depends who it is. You just need to get on with the person on a personal level before you work in the studio. If you put two random producers in the studio together because you think their sound is quite cool, it's not necessarily going to work. There's also already two of us in the studio so it could possibly be a case of too many cooks unless it was somebody who would be an honour to work with or someone we looked up to. We can't really think of anyone off the top of our head apart from someone like Herbie Hancock or someone on a completely next level!

You took over all three rooms at Fabric in March. How did that come about?

A: It was an idea that floated a long time ago. We did our first show at Fabric back in September or October and that went really well. We count ourselves really lucky because Fabric's had a huge effect on us growing up in London as it's somewhere we've always gone out raving to from really early on. It was a joint thing with Fabric to curate the other rooms but it was amazing getting some of our heroes down there.

N: For me, personally, being able to curate our own party at Fabric was much more significant on a personal level than achieving chart success on Beatport.

You played a four hour set there, something you've been doing a bit more recently. How are you finding that and how different is it to playing shorter sets?

A: We really enjoy playing for longer. Especially when you're in quite intimate venues but it doesn't really work well at huge festivals. It gives you the opportunity to play differently and go off on different tangents and explore different sounds. Within limits, we like to play quite varied. We like to go quite techno at points then go really deep with house at times. Extended sets really give us the opportunity to do that.

How do you prepare for those sets?

A: It varies. We usually make a certain amount of playlists and sometimes work out certain runs of tracks that we know works really well. Usually when we're playing the longer sets it's improvised, maybe going in between runs of what we've worked out, but it's mostly judged by what the crowd react to.