Mixmag's Gold Artist is a new series dedicated to the DJs and producers who we think are making the strongest waves within dance music right now. First up is London-based Daniel Avery.

Exclusive interview and track premiere below.


Despite growing up in the coastal town of Bournemouth and starting his DJ career at indie nights there, Daniel Avery is now a name widely recognised by the whole of the dance music community.

The 28 year old is one of the hottest properties in the world and this is something that's been building for years. A long-standing residency at Fabric was the basis of his development as an artist and once his productions started surfacing, people recognised his talent right away. His FabricLive CD brought his vision to a larger audience and after that, the rest is history.

The mechanical, industrial and at times psychedelic brand of slowed down techno he pushes is a sound that's totally specific to him. There's the groove-infested and rolling 'Drone Logic', the acidic and monumental 'Water Jump' and the venomous, dancefloor-ready 'Reception', all of which are jewels in Avery's crown. It's artists like Erol Alkan and Andrew Weatherall who have backed the intelligent producer from the start and their influences can be seen and heard in his productions. 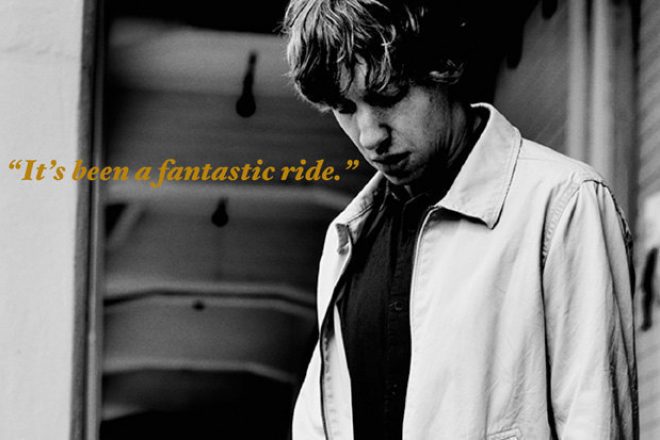 This month he released his debut album 'Drone Logic' through Alkan's Phantasy imprint and the LP quite perfectly sums up his ethos and packages his sound into a 12-track masterpiece.

New songs such as the melancholic and tranquil 'Simulrec' and the sharp and atmospheric 'These Nights Never End' are testament to everything Avery has tried to achieve and his inimitable sound is what has had critics and DJs alike shouting about the album since its release.


We caught up with Avery to discuss the thought process behind his debut album, his reasons for using analogue production tools and who he'd pick if he was curating his dream festival stage.

The new album feels like it's split into two halves, almost story-like. What did you want achieve with your debut LP?

I wanted it to be something you put on, sit down and let take its course. All my favourite records do that and all of my favourite DJs do that too. When I see a DJ, I want to give myself to them for two hours and be taken somewhere. 'Journey' is a dirty word but I've been saying that I want this record to be a trip. I want it to be an escape.

'Drone Logic' is mainly hardware-based as opposed to being made with production software. Is there a reason you prefer analogue?

Whatever works for the individual; it's the finished product that matters. Same goes with vinyl-only DJs. I've seen some fucking boring vinyl DJs preach about what they do. At the same time, I've seen some fantastic vinyl DJs, it doesn't matter, it's the outcome. For me I love analogue equipment, just the sound of it, the dustiness that comes from it. But when I mixed the record with Erol [Alkan], we purposefully left all that stuff in there. I think analogue equipment can throw up that idea sometimes. Because they're old machines, they do things sometimes that you don't want them to but sometimes those mistakes are what can make a track.