This weekend, all eyes are on a series of lush fields in Somerset, the site of the legendary Glastonbury festival.

You'll know all about it because most of your mates are there, pictures of beautiful people laden with camping gear are splashed across every UK newspaper and it's basically all the BBC will broadcast for the next three days.

But away from the usual fanfare, what's really going down? We're in the thick of it at Worthy Farm so we'll be providing you with daily updates of who's smacking it, which tunes have been going off and, of course, any weird and wonderful behaviour we come across.

It's already shaping up to be a golden year. The weather's been more than kind (so far), Kanye's in the vicinity and there's been at least one marriage proposal (which took place among the lush surrounds of The Park). As for the music? Read on… 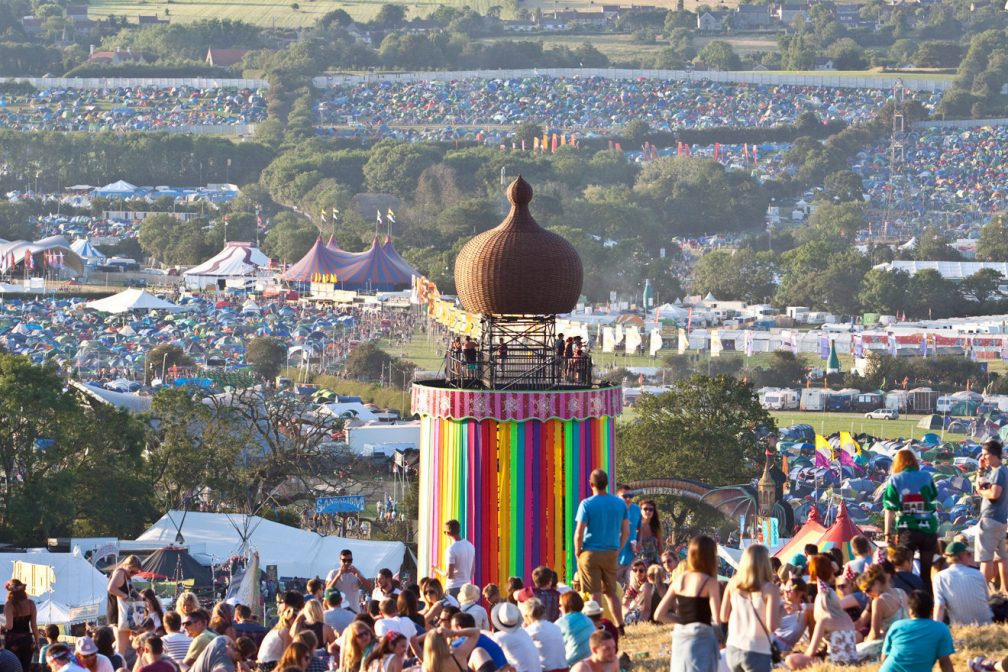 Four Tet played a sublime sunrise set at Genosys and Young Fathers slayed the Other Stage, but Saturday at Glasto was really about one thing...

When Kanye mentor Jay Z headlined the Pyramid Stage seven years ago, amid a whole load of hoo-ha over hip hop's place at Glastonbury, he did it with a knowing wink of his own brand of rat pack charm, a shedload of crowd pleasing hits and a colossal Noel Gallagher smackdown. But Kanye, with his inimitable ability to garner both deafening critical praise and widespread public ridicule in seemingly equal measures, was always going to be an entirely different beast.

Bounding on stage at 10.15pm to his 2007 Daft Punk sampling hit 'Stronger', and performing under a low-hanging lighting rig, the refrain of "Don't look like I never told you" sounded like a poignant and defiant reminder to the naysayers of his sheer potency. From the off there was a sense of a heightened take-no-prisoners attitude from a man who's known for being prickly at the best of times. But then again, this was never going to be a great big "Hello Glastonbury!" affair. Segueing into 'Power' from his 2010 album 'My Beautiful Dark Twisted Fantasy' before reeling out Jay Z collaboration 'Ni**as In Paris', Kanye set the tone early on for a set that largely focused on his recent and more abrasive material.

'Clique', his cover of Chief Keef's 'I Don't Like' and 'Mercy' continued the trend before a double-header of 'New Slaves' and 'Blood On The Leaves' took the sense edgy excitement in the crowd to levels of fever pitch. 'Heartless' from his auto-tune heartache album '808s & Heartbreak' provided the first real singalong moment of the set, before 'I Wonder', and his recent Rihanna and Paul McCartney collaboration 'FourFiveSeconds' was a reminder that as much as talk around Kanye focuses on his knack for spotting cutting-edge producers like Arca early on, he's also got some of the biggest choruses in the game up his sleeve.

While some fan chatter after the set suggested there was a lack of the sped-up soul sampling early work which first drew attention to him back in 2004, a run of 'Jesus Walks', 'Diamonds From Sierra Leone' and 'Bound 2' showed the man's got no problem playing the hits. When he kicked off the Curtis Mayfield sampling 'Touch The Sky' only to abandon it a minute later to a wall of black screens, there's a sense that we might be in for one of those Kanye moments. Until that is, he appeared above the stage performing on a crane protruding into the audience, reeling out 'All Of The Lights' before heading back to the stage for an unlikely rendition of 'Bohemian Rhapsody' and a crowd-pleasing encore of Gold Digger' and 'All Falls Down. Electrifying and constantly unpredictable. Like the man himself, Kanye at Glastonbury was never boring.