“I reckon,” yells Russell ‘Inkke’ Paterson over murky hip hop boom, “that this is the only club in the world playing nothin’ but old skool Memphis rap.” He looks round at the kids raving, bathed in the green glow of Glasgow’s Art School lights. “The venue’s rad, it’s always been rad. I can just hit ’em up and say, hey man I wanna put on a night playing 90s Memphis rap, and they’re like, yeah man, do it!”

The night in question is F.W.D.K. Inkke’s semi-regular homage to the syrup-slow textures and lo-fi rattle of 90s dirty South hip hop. The 23-year-old is both resident and promoter, and when he’s not laughing with his mates, he’s behind the decks, interspersing his own productions – skewed fusions of menacing rap beats and grime energy – with tracks ripped from crusty sounding cassettes. He’s dropping 20-year-old obscurities that have rarely made it beyond the blocks where they were first recorded; in most cities this would be an impossibly niche prospect. But this isn’t most cities: this is Glasgow, a city where a combination of multiple universities alongside the local’s long-standing love of nightlife has created a perfect storm of new ravers and old heads, all living and breathing underground culture. Now, rising up from this nurturing space for what seems like the umpteenth time, a new generation of Glaswegian producers and DJs are ready to rep once more.

Inkke’s debut album ‘Faded With Da Kittens’ (hence FWDK) was released on Glasgow/London label Astral Black back in 2014. A journey through stoned Memphis rap textures, the record was an unexpected side-step for a producer who was just starting to gain traction with his series of neck-snapping grime war dubs. While a more linear A&R man might decry this move as ‘confusing the brand’, Astral Black has been making a name for itself by refusing to let its artists be pigeonholed, drawing favourable comparisons to the early work of still formidable Glaswegian genre-smashers Numbers and LuckyMe.

Originally started in London by hip hop beat-maker Jon Phonics back in 2013, two months after starting the label, Phonics found himself in Glasgow “to visit some pals for a week. That turned into a month, and that turned into three years plus…” Enamoured with the city, Phonics has since released music from a slew of new artists that make up a loosely affiliated Glaswegian scene, putting out records by the likes of Inkke, DJ Milktray, Bushido and Dressin Red. The link between all of them is a curiosity in searching out new ways to blend UK rave culture with hip hop and grime aesthetics- and Phonics is reluctant to pin them down beyond this, citing a restless creativity as the foundation of the city’s music scene. 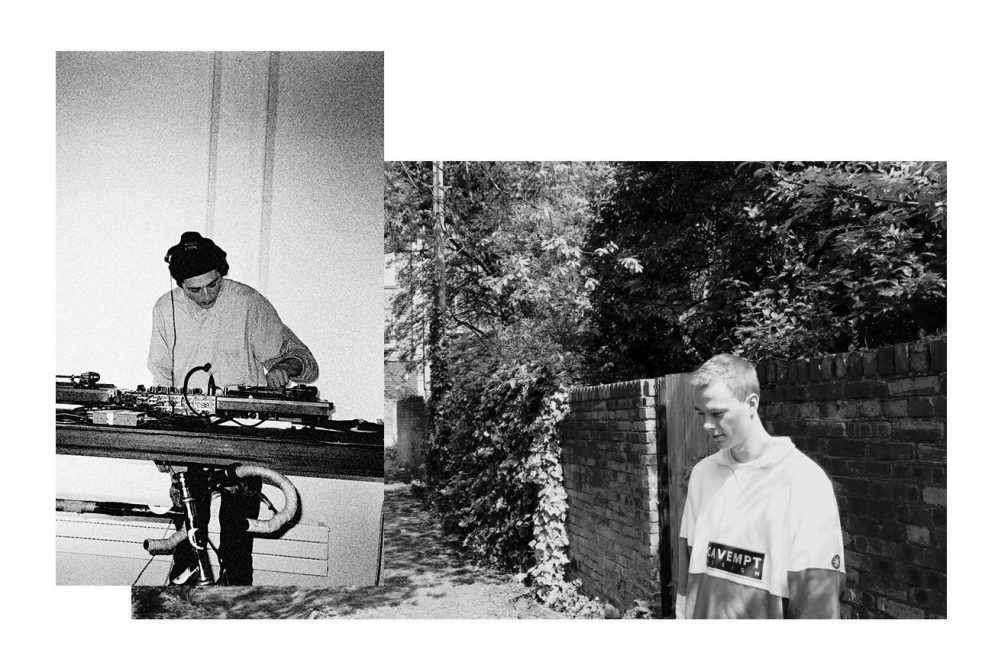 “Glasgow has a history as a techno city, there’s obviously some influential labels and club nights here that focus on that, but the people I’ve met who run those labels and nights are, on the whole, pretty open minded. The kids who grew up going to those nights are now the new artists coming through, and I think as a direct result of that encouraged open-mindedness, you end up with people making Memphis-inspired slow mo rap beats but who also own every Dance Mania record ever released. Or Bushido, for example, who is making dancehall-infused club music but also used to go happy hardcore nights.”

The day after Inkke’s F.W.D.K. party there’s a chance to hear this fusion in effect. Inkke’s met up with fellow young producers Milktray and Bleaker. Milktray often shares bills with Inkke, bringing his own brand of grime re-edits, doing everything from versioning 90s r’n’b classics into jittering 140bpm floor-fillers to turning DJ XTC's grime classic 'Functions on the Low' into a 4/4 dancefloor monster (far before Stormzy bought the beat into the charts). Bleaker, meanwhile, is a young Glaswegian who has found his Unknown To The Unknown-signed revamp of speed garage favourite ‘Hype The Funk’ –a kinetic assault of kick, clap and snare with all the rawness and energy of a Dance Mania killer, getting spun as much in garage sets on Rinse FM as it is being dropped by Black Madonna in Berlin. None of the three make records that sound the same, yet somehow all of their tunes could appear in a single set without any raised eyebrows.

Today they are hanging on the corner of an industrial estate. It would be a cold, relentlessly miserable scene if there wasn’t a vast graffiti mural splashed over one of the nearby warehouse walls; this is a local recording studio and – on the downlow – an after-hours club. Outside the studio the Just Jam truck has pulled up. It’s the reason the trio are on this windy corner: the London streaming website is on a tour of UK cities, filming local artists DJing from within their custom-built lorry. As Bleaker records the first set of the day, Milktray and Inkke affably explain the influences that make up their mix of techno, grime and hip hop.

“I grew up on LuckyMe, Numbers,” says Milktray “listening to a lot of radio sets, watching YouTube, Channel U – I didn’t have Sky so I’d have to go to a friend’s house to watch it.”

“I didn’t have the internet until I was 15 or 16 or something,” counters Inkke. “Someone gave me Wiley’s album, and I’d get tapes off people, grime radio sets. And I used to go to the Fortified night.”